Like his brother, Sam is also into American Ninja Warrior. He tried some team sports in the past (soccer and basketball) and didn't like them, and he had even less interest in trying baseball and football. He did a gymnastics class when we lived in Iowa which he liked, but he would have been fine not doing it. He really enjoys ninja warrior though--the obstacles and the challenges and the individual nature of it all while also learning with other class members. Plus there's the fun TV show that goes along with it, and actual stars from the show who he's met over the last year. When we moved to Massachusetts, I signed him up for a class at a nearby ninja gym, and he loved it. He's been taking classes there ever since. At the end of each of their three-month sessions, they have a friendly fun in-house competition. Sam's first one was last November and he did great! He came in 2nd place! It was a huge confidence boost for him.

These pictures are from his competition. Sam and John are down on the left side. It was all pretty low-key and relaxed, which was great. 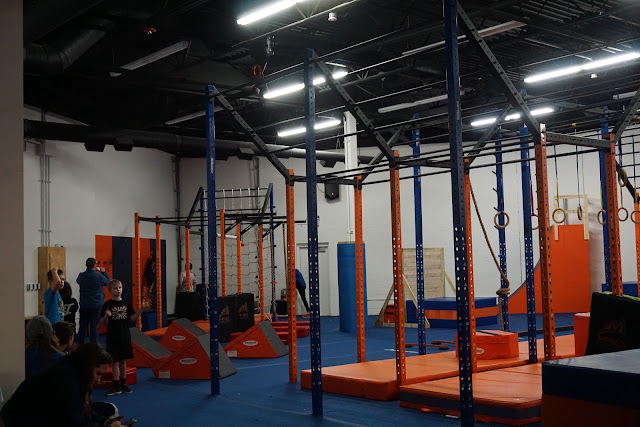 He was a little nervous, but he was mostly calm and excited to compete! 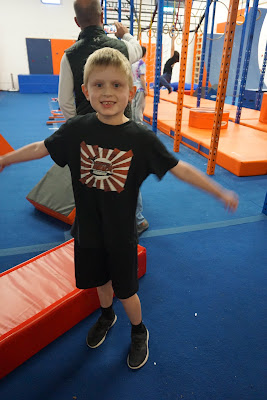 John was also excited for Sam to compete. As you can imagine, he's fully supportive of Sam's ninja "career." I'm glad they have this in common; it's something fun that they share and can do together. 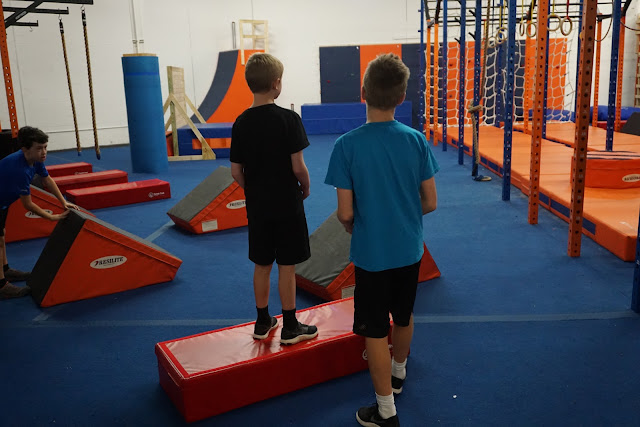 Getting ready for his turn to run the course 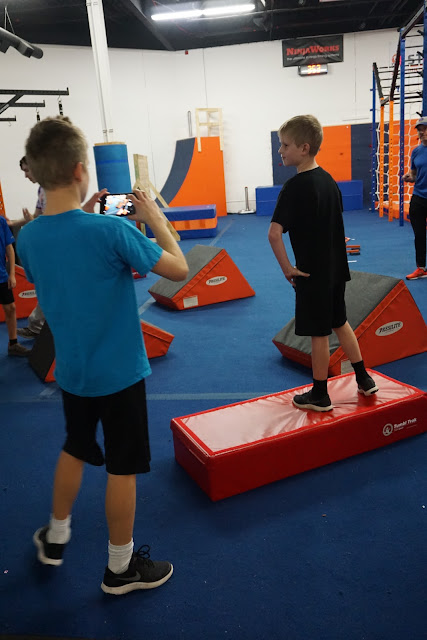 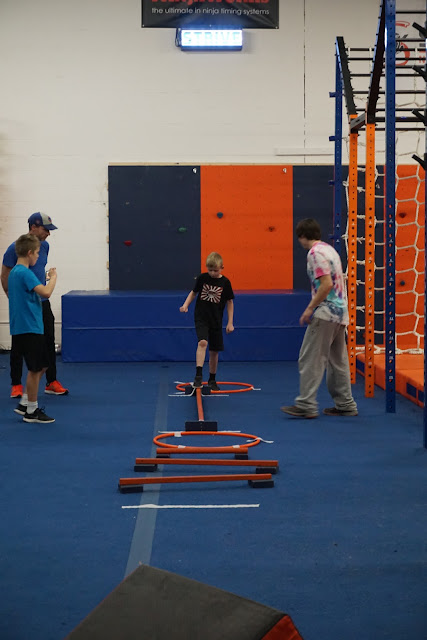 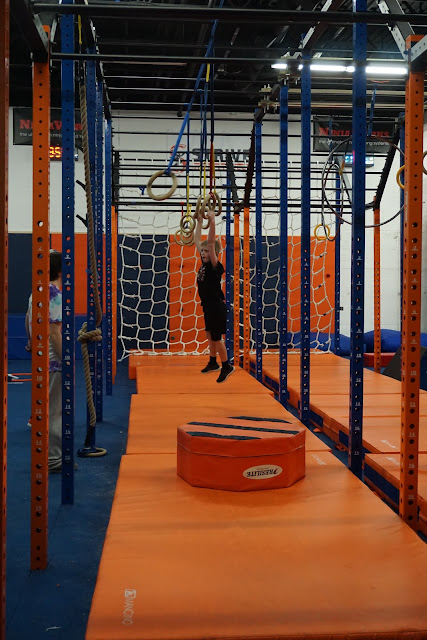 He made it up the warped wall... 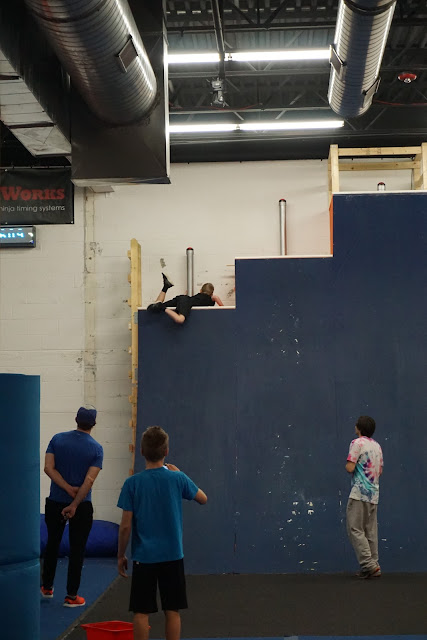 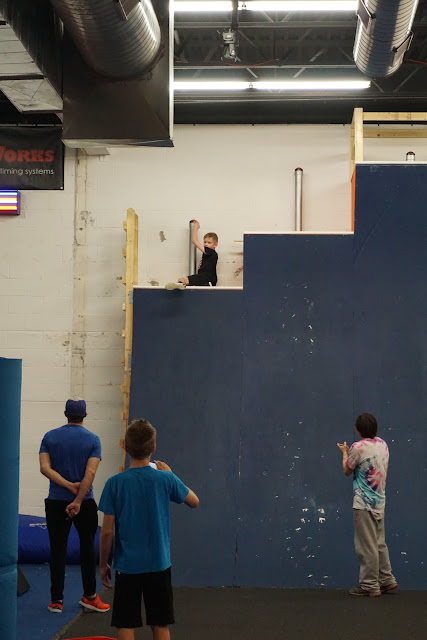 He completed all of the obstacles in the second fastest time, so he came in second place. 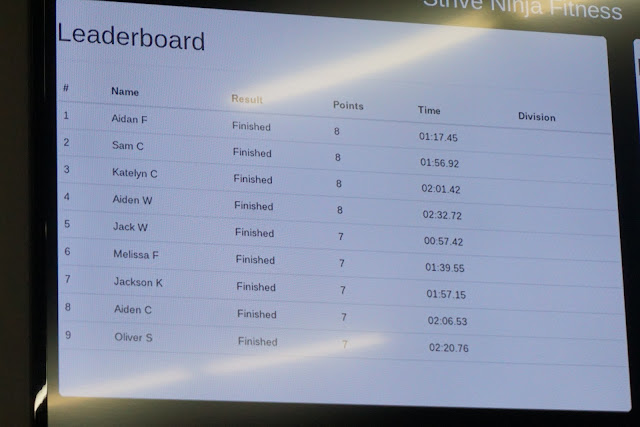 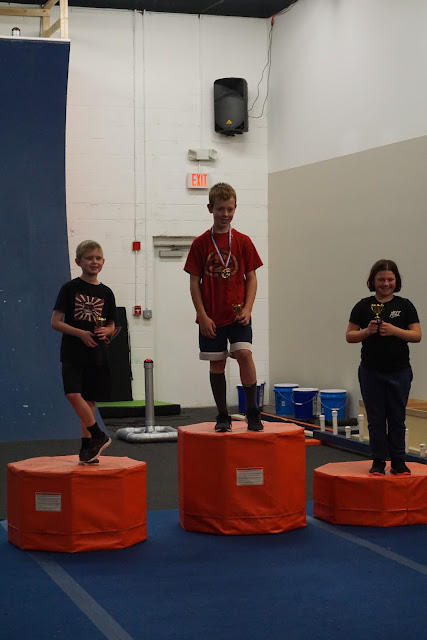 He was so happy! It was really sweet. It feels good to work hard and do well! 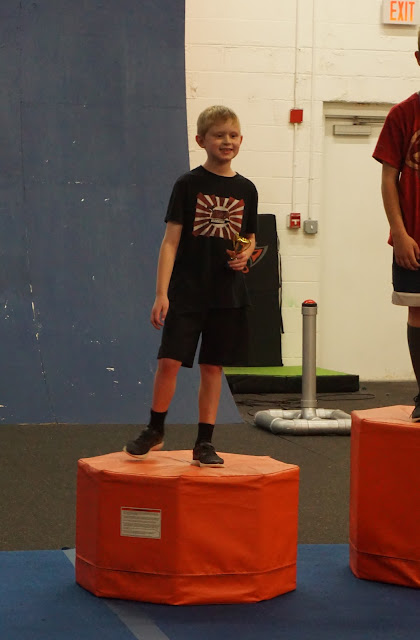 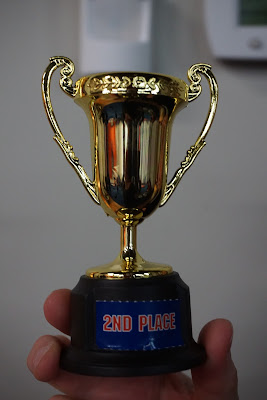 I'm really liking the growing sport of ninja. It's a great option for kids (and teens and adults) who are athletic but for whatever reason don't like traditional sports as much. It's a supportive community, it's fun, it's great exercise, and it provides good opportunities for growth and goal-setting.

These are some cute pictures I got of Sam wearing his "Real Life Ninja" t-shirt, autographed by Drew Drechsel, who Sam and John met at one of his gyms in Connecticut. Drew won the season of American Ninja Warrior that just ended. 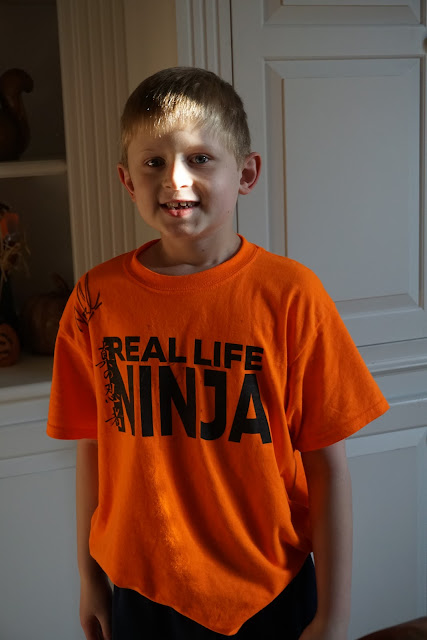 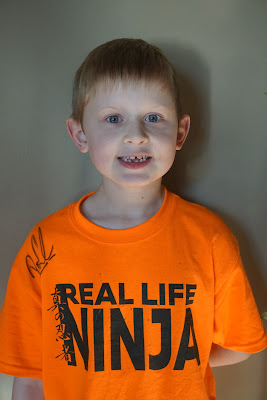 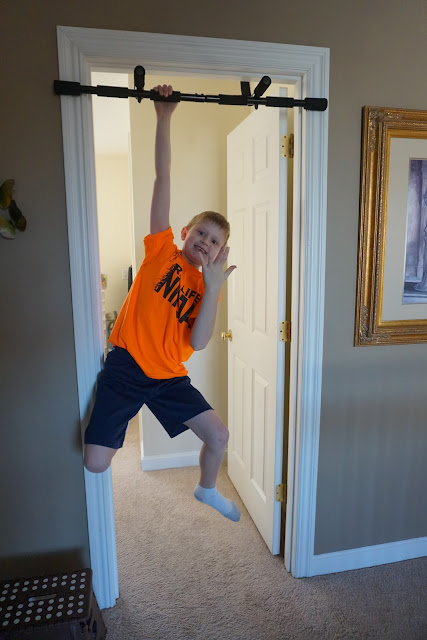 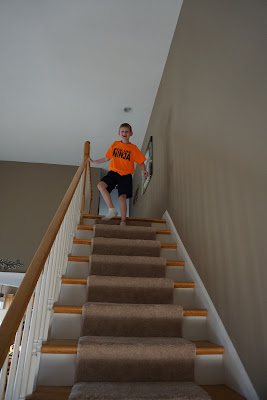 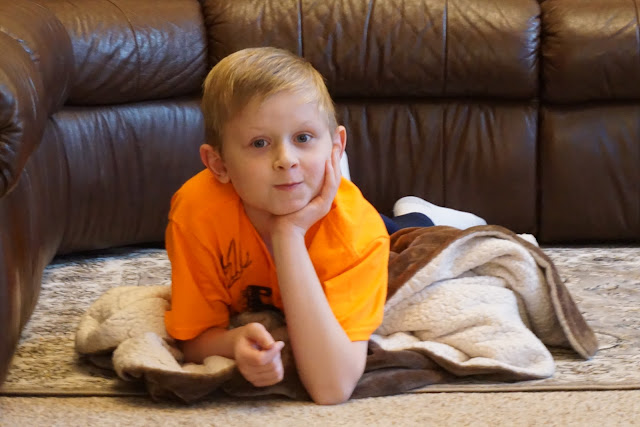 He really is my babydoll ninja!