Lest you think my amazing October roses were only October roses, I'm here to show you that they even lasted into November! And I don't just mean November 1st either! 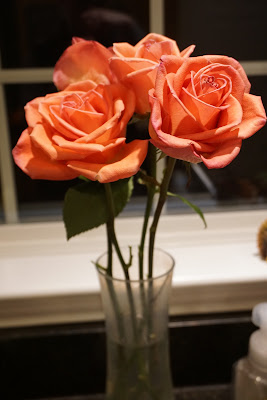 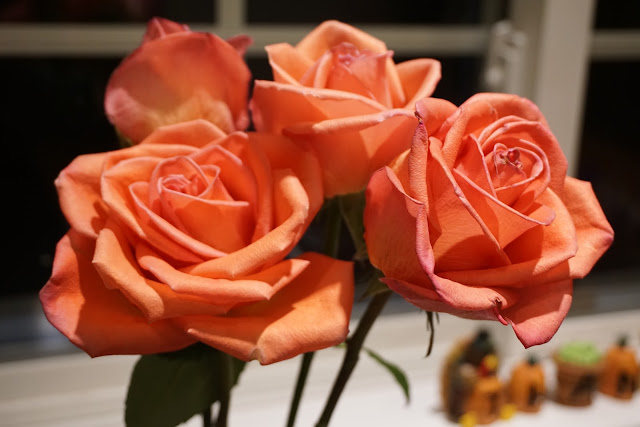 Okay, full disclosure here. I thought the following pictures were further evidence of the impressive longevity of my October roses, but I'm seeing that they're pink, so I guess not, but is it possible that the October roses took on a pink hue as they (finally) dried out? It doesn't seem scientifically likely, but I thought I documented their entire life span to the time that they had mostly dried out. So I'm not sure. This is one of the drawbacks of blogging about things almost a year after they happened!

Anyway, whether they're the October roses or new November roses, look at how pretty they are! 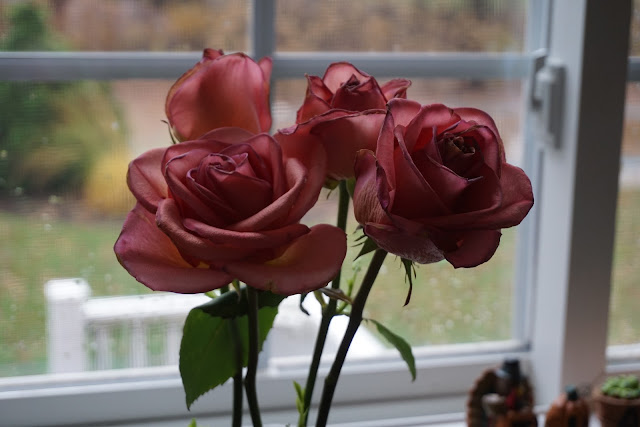 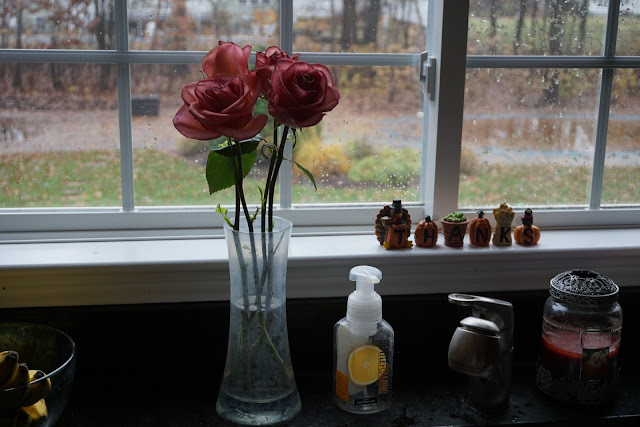 These were additionally notable for the fresh green leaf shoots growing out of the stems even as the roses they supported were delicately dying in beautiful fashion. There are some really nice metaphors for life and death and the circle of life there. (None of which I will expound upon at this time. Ha!) 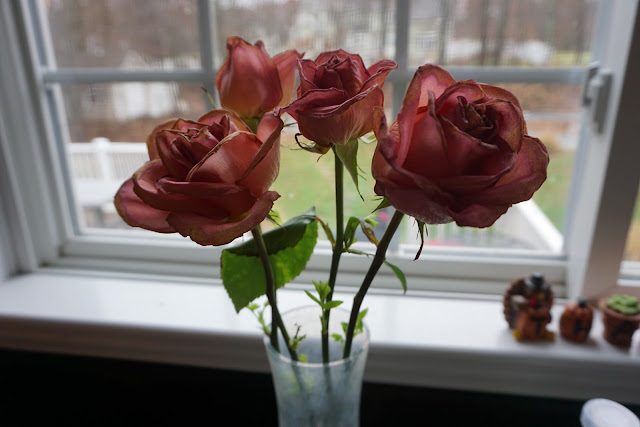 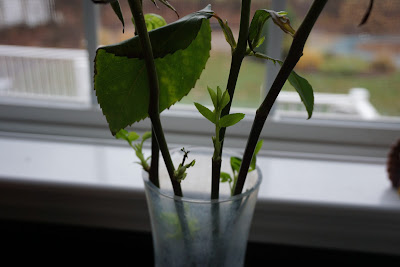 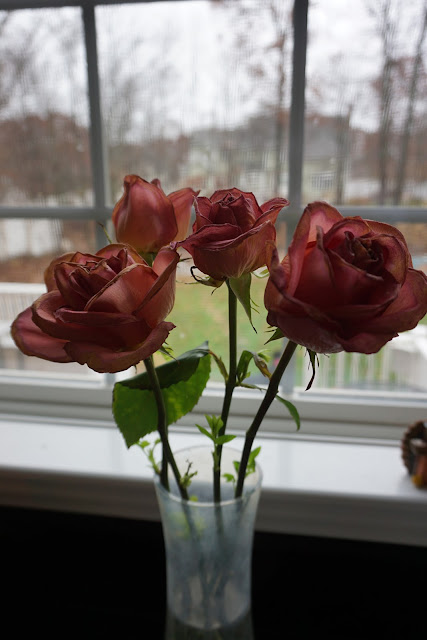 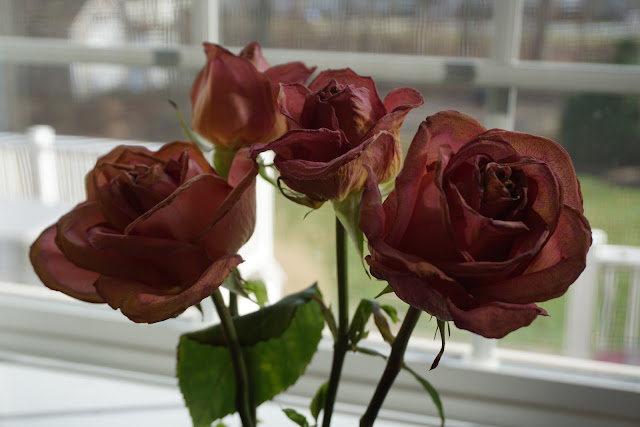 After giving it some more thought and looking closely at these photos and doing a quick Google search about roses, I'm pretty sure that these are in fact the October roses! They lasted for well over a month! They lived great, and they died great. They were truly amazing. 🌹😍💗