Welcome (Back) to Massachusetts

I'm still mourning the loss of my phone pictures because there were some good ones in there of our last days in Iowa and of our trip East and of our first couple of months in the new house, but maybe someday in the (hopefully near) future they'll turn up and I'll be able to do a belated post about them. Crazier things have happened. In the meantime, at least I have my camera pictures and the phone pictures that I'd posted on Facebook!

We got to Massachusetts on Wednesday, June 27th. Despite the heartache of moving from Iowa, it was good to be back in my home state--for good this time! 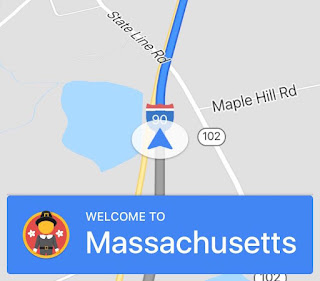 The house officially became ours when we closed on June 29th. 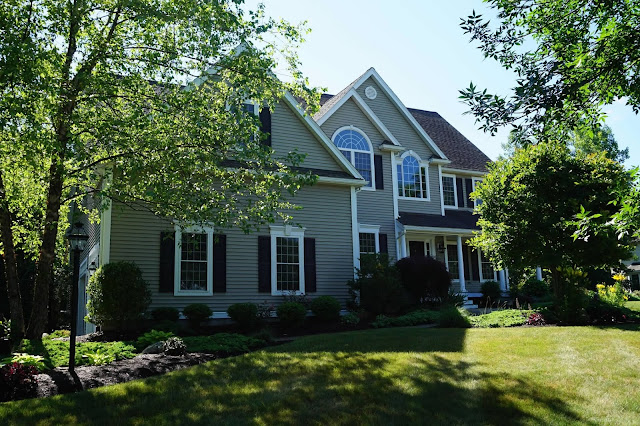 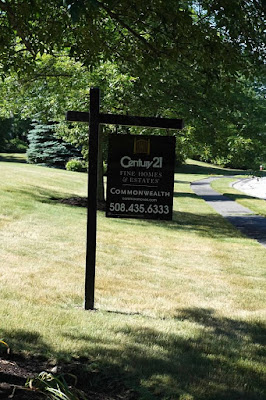 The movers didn't come until the next day so we got to explore our empty new house. Sam staked his claim for his new room. He wanted a back bedroom that overlooked the pool. 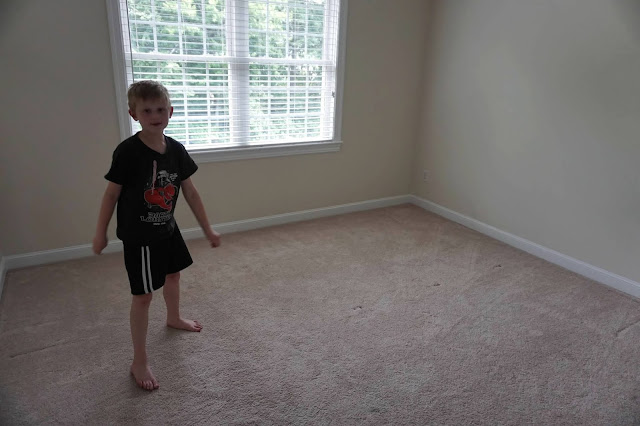 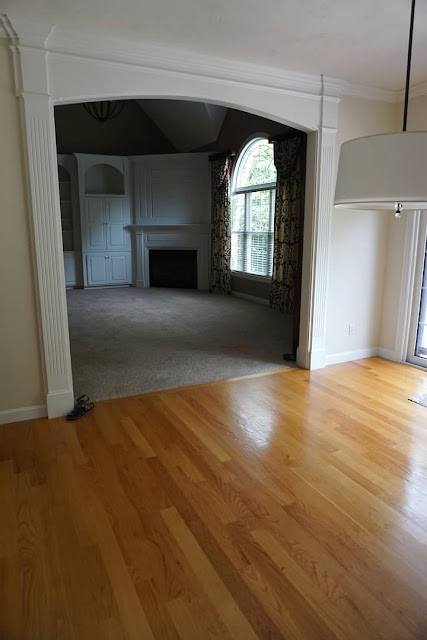 The previous owners were very nice and we got to meet them briefly on closing day as they were leaving and we were coming. They left us a lot of helpful information and a bottle of wine (which we appreciated but did not imbibe). 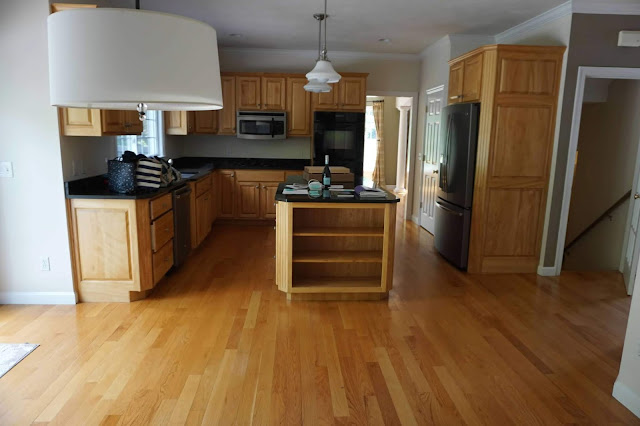 I'll forever be grateful to them for accepting our offer when they had another competitive one on the table. And you know what's weird? Their last name is the same last name as the couple who my parents bought their house from when my family moved to Hopkinton in 1993, 25 years earlier! And it's not that common of a last name. Is that a sign or what!? 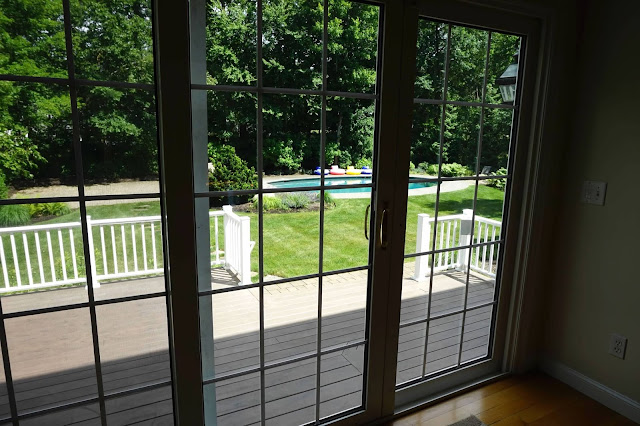 The boys took the opportunity to jump in the pool that day. It was hot out! 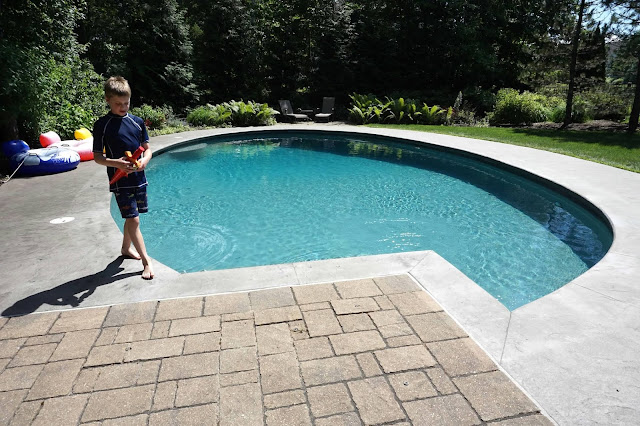 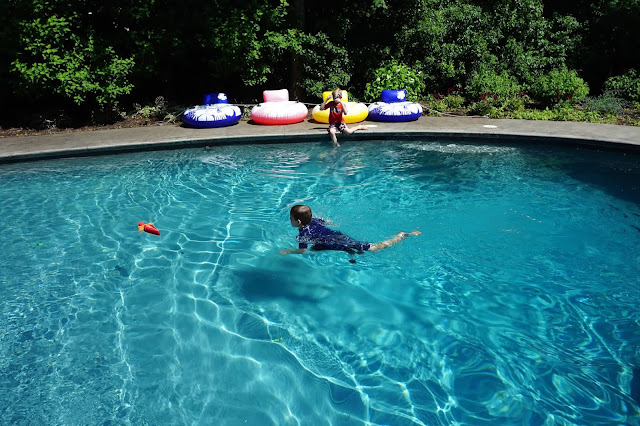 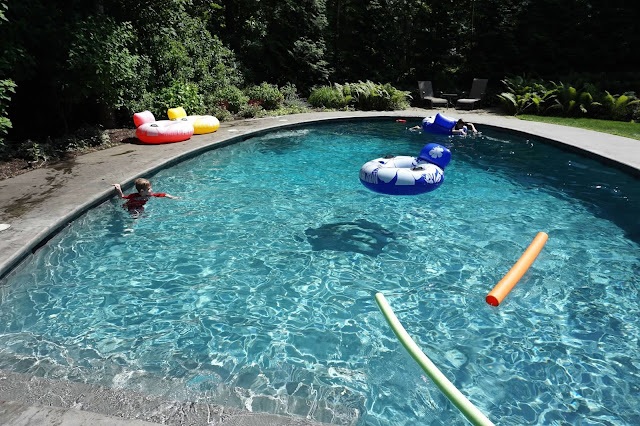 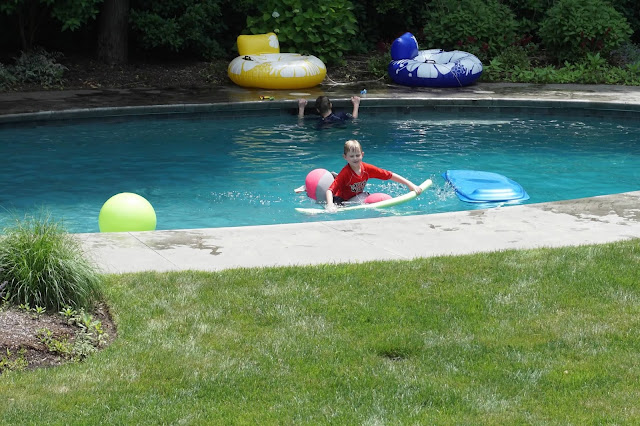 It was going to be so fun having our own pool! But then the water turned green less than ten days later! I had no idea how to take care of a pool. I hired the pool company to do it pretty quickly after that!

There were a few pieces of furniture in the house that we'd bought from the previous owners, which was nice because there was a comfortable place to sit in this otherwise empty house. 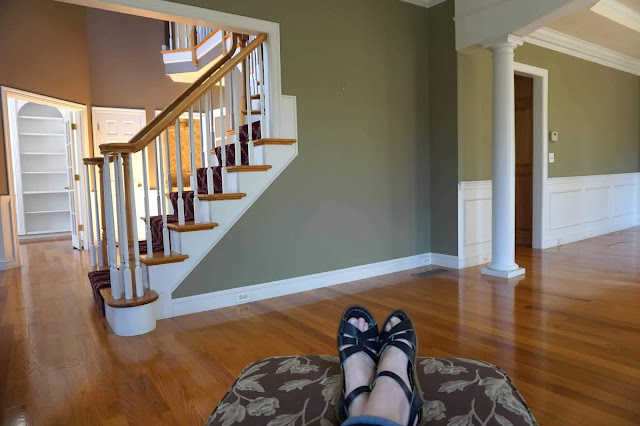 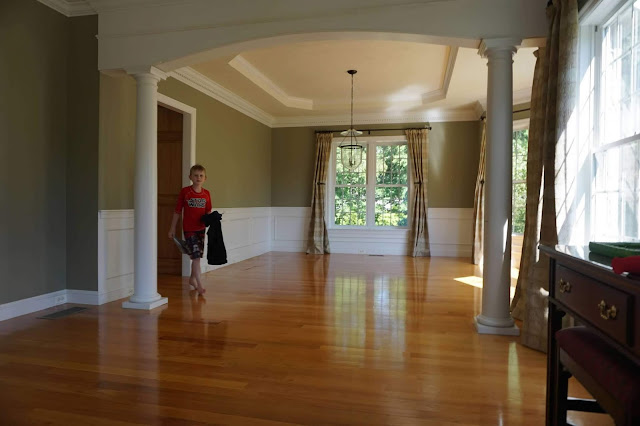 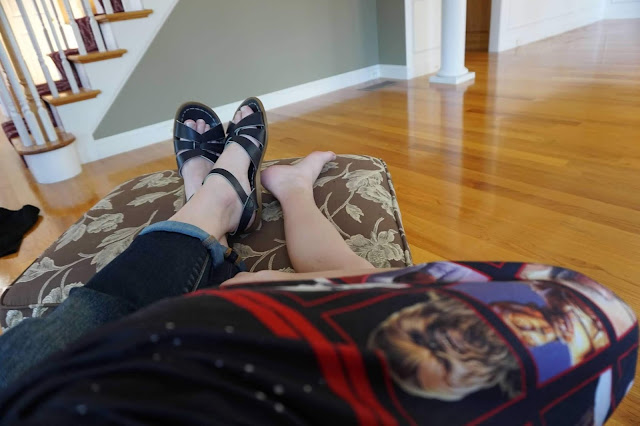 When I see this picture I'm reminded of how tired I was. It had been a physically and emotionally exhausting week/month/season. 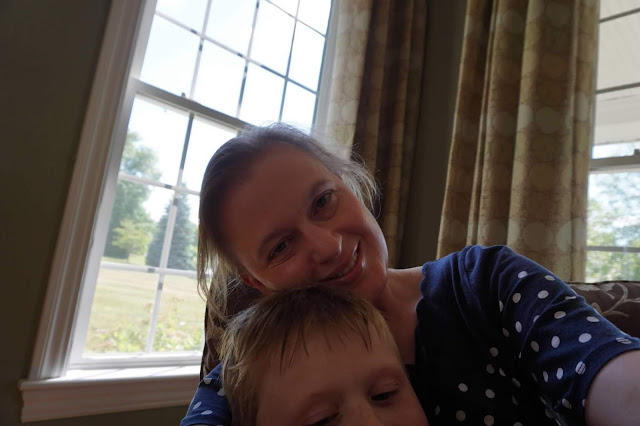 Move-in day was Saturday, June 30th. It was hot and humid and we couldn't figure out how to get the central air turned on. I felt bad for the movers! We did get it figured out later in the day, but by then most of their work was done. 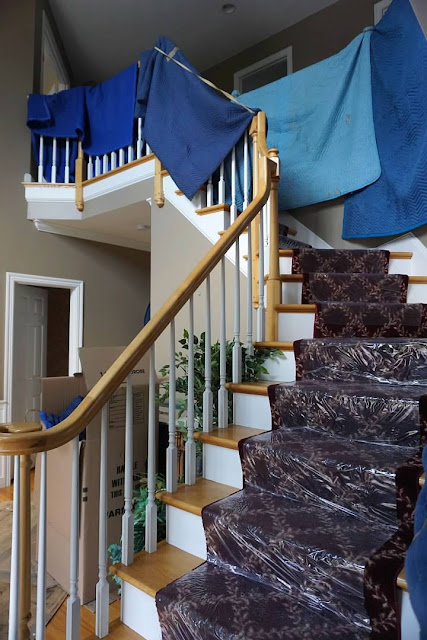 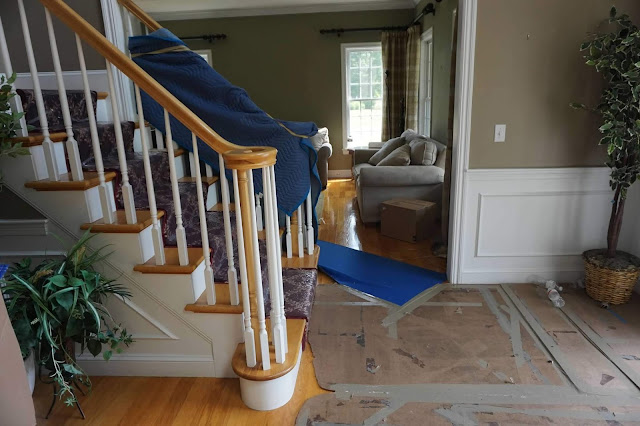 It was good and comforting to have all of our furniture and things back again. And overwhelming! 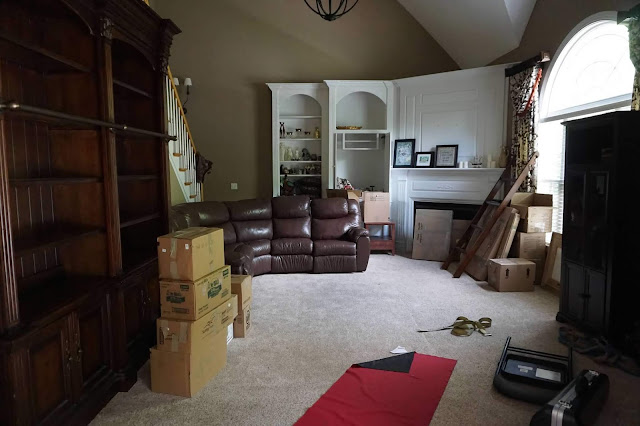 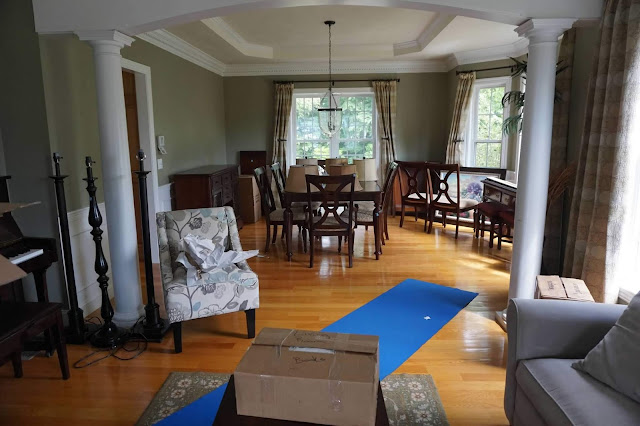 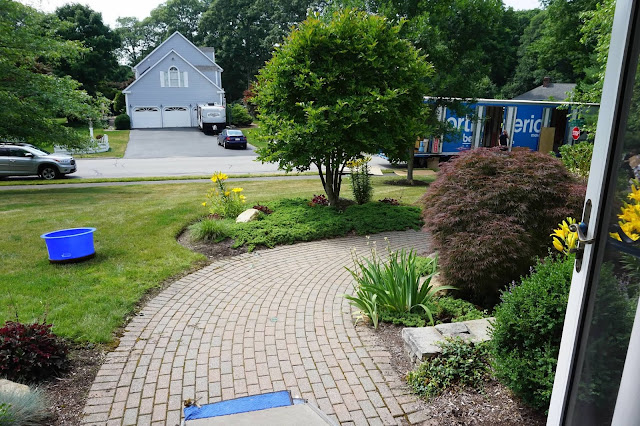 I definitely had my work cut out for me for the next several weeks!