1. I somehow hurt my arm and tore a muscle or something in the side of my left bicep (or maybe it's a tricep?
I don't know). It's hurt so much this week. I haven't been able to lift my arm to do my hair, turn on the left-hand turning signal in the car, reach back to fasten my seatbelt, or other previously mindless things like those. It feels like I got stabbed or shot in the arm. But there's no bruise or anything. I've been taking ibuprofen all week and that's helped. Today it's almost back to normal. It's such a weird injury, especially since I have no idea how I got it.

2. The plumber came and fixed the low water flow problem in the shower. It was a problem with the showerhead. He put on a new one and it's amazing. My shower is now a glorious experience each morning.

3. I got my eyebrows microbladed. I'd been wanting to try it because I have light, sparse eyebrows and I wanted them to be more defined without having to fill them in myself anymore. So I did it, and and I looked like Frida Kahlo for a week because they were so dark and dramatic-looking. I looked ridiculous and had to go into hiding as much as I possibly could last week! But then they healed and lightened up and now I really like how they look. I'll post pictures at some point if I feel okay about publicizing how funny I looked. Oh what am I talking about, I'll do it, I have no shame. 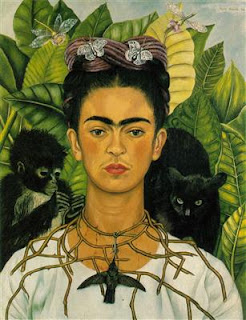 4. There was a cursed day recently when in the span of just a few hours I was confronted with three dead/almost dead animals. It was so random. And so gross, especially the third one.

First, Boo Boo got something that looked like a mouse that was hiding in some stones near the front porch. He ran off onto the lawn with it and I called him in so he dropped it and I think I saved its life because it wasn't there when I very gingerly looked later.

Second, there was a dead bird at the base of the front porch steps when Sam got home from school that day, which I had John dispose of because I just can't with dead animals. I don't know if Boo Boo got him too. If he did he was really on a roll that day.

And finally, the horrors of the pool filter baskets happened again. Sam and I were checking them and he opened one up and there was a dead furry animal with a long tail floating in there. 😱😱😱 I only caught a glimpse and then shouted for him to put the cover back on right away!! This was even worse than the dead frog with the white eyeballs, and I didn't think much could top that! My mom is a brave woman and took care of it a couple of days later. It was a bloated mouse. I may never look at the pool the same way again.

5. The law of threes happened again, but this time it was in a much better way. In the span of just a few weeks, I received three different Edible Arrangements. Two of them were completely unexpected. That has never happened to me before! The boys and I ate them all up. 😋 Chocolate-covered strawberries are one of my favorite things (especially when it's premium dark chocolate, which Edible Arrangements uses!).