Technically it wasn't summer yet, but close enough. Just about every year at around the time that school got out at the end of May we'd get the slip 'n slide out and set it up on the little hill on the side of the house. I'd have to get a new one almost every year because they're cheap and rip easily. Last year I bought a double-sided one where supposedly you can race down with another person. But really it was too small for that. In any case, the boys had fun with it. Even when it ripped down the middle after a few days. 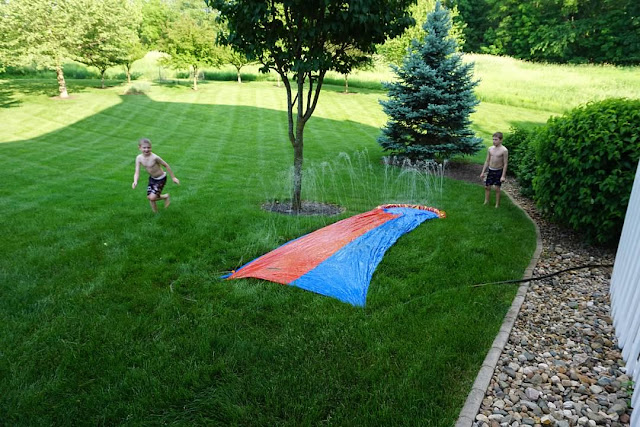 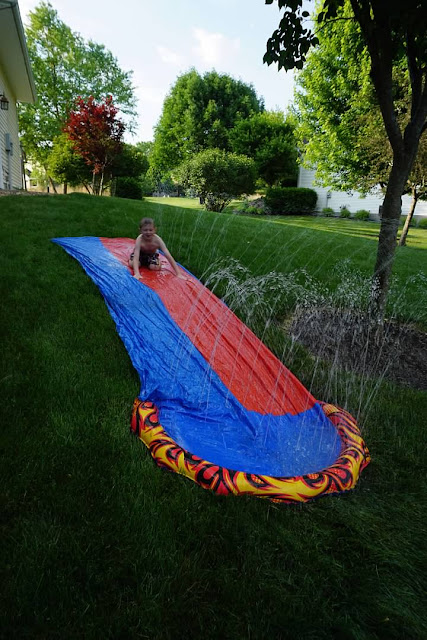 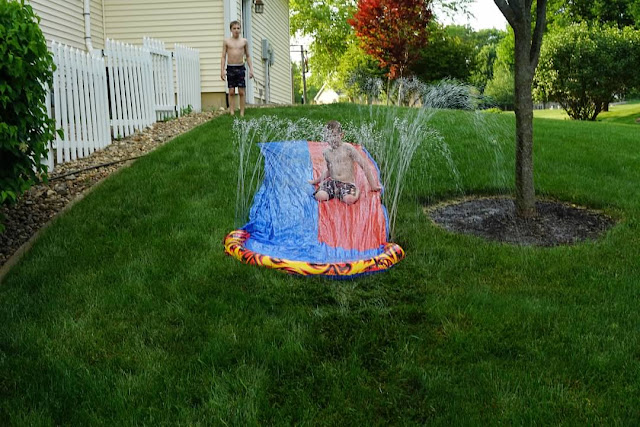 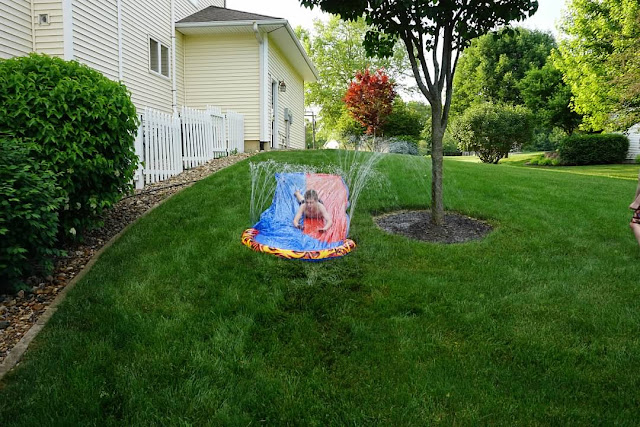 There are more pictures of Sam because he was more into it than John was last year. 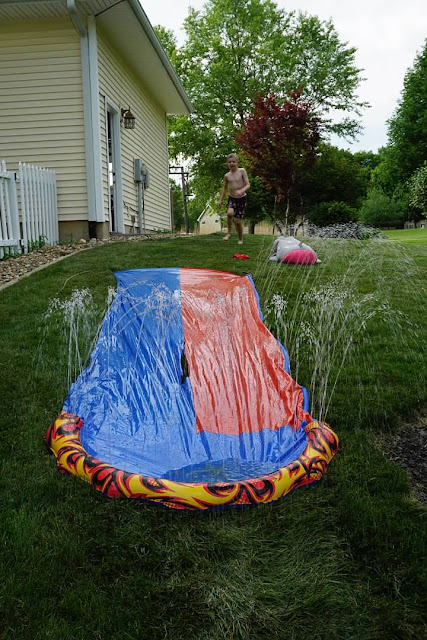 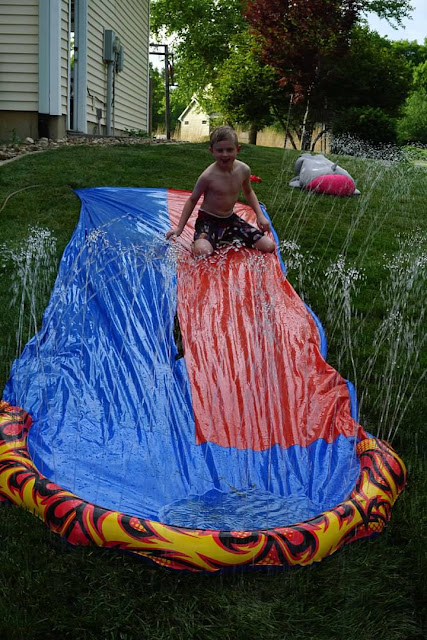 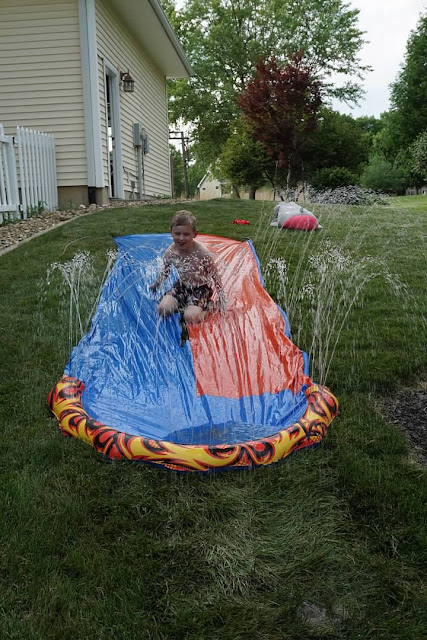 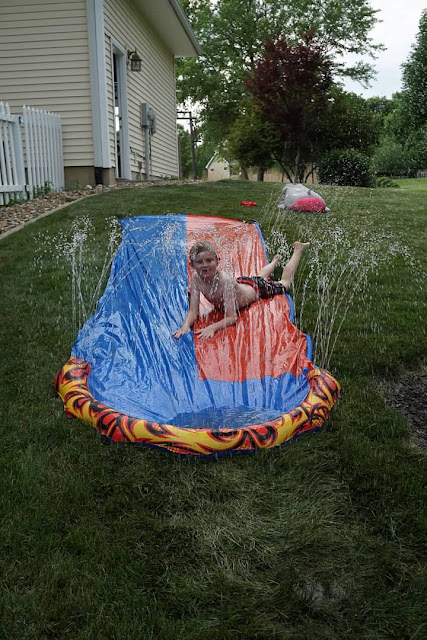 Look at that rip! Sam was getting grass all over him from that! 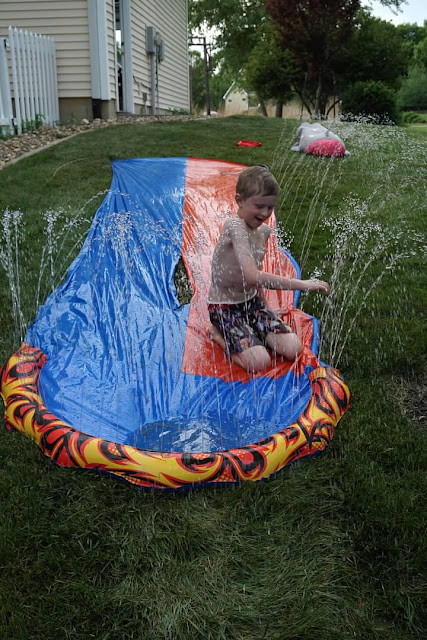 John had to read in order to earn some screen time, so he went outside to do it while Sam played. 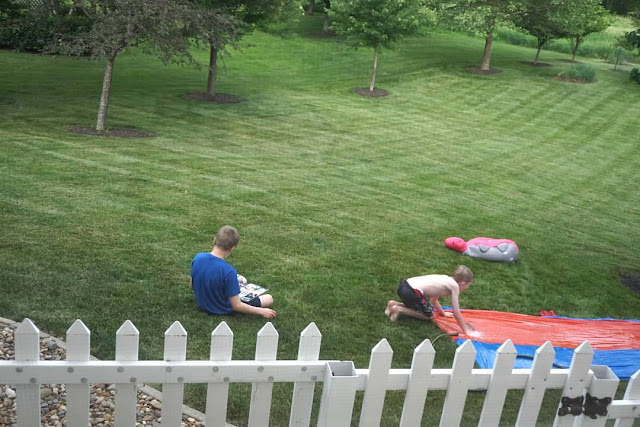 It's a rare photo op to get John reading in a nice setting like this! 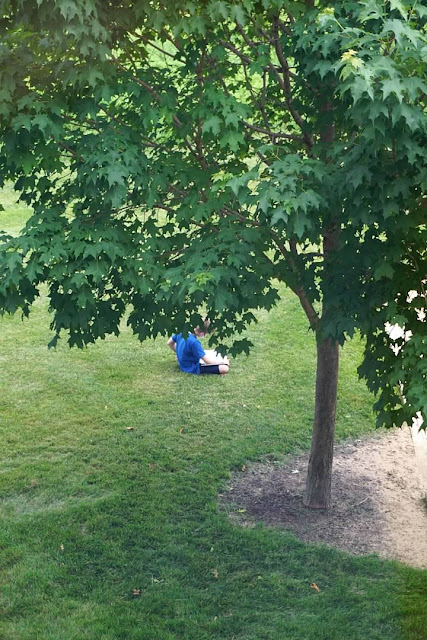 To end on a common theme of late, I loved my yard, and I miss it! 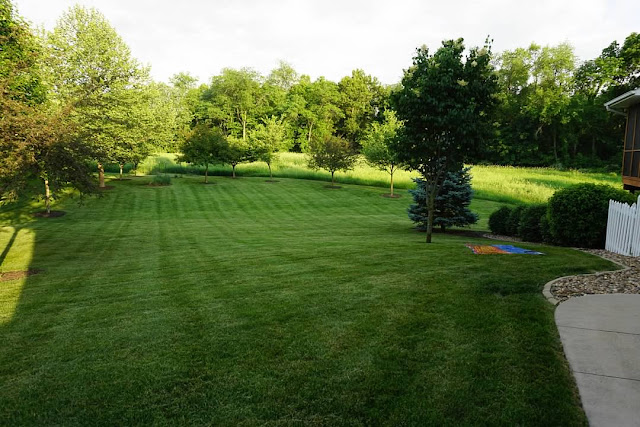