These are the last pictures I ever took of Brody, and this is probably the last post I'll ever write about him, at least from the time when he was alive. It was on this day exactly a year ago that he had the surgery to remove the tumors from inside his body. It was risky, but thank goodness he survived it! I'm so thankful for the extra time it gave us with him. I'll always cherish our last months with this little treasure of a cat.

I took these pictures the last week of June before we went to Massachusetts for the rest of the summer. It was so nice to see Brody relaxing and comfortable. He seemed to be doing quite well. His diabetes was gone, his fur and whiskers were growing back, he was eating well, and he had good energy. 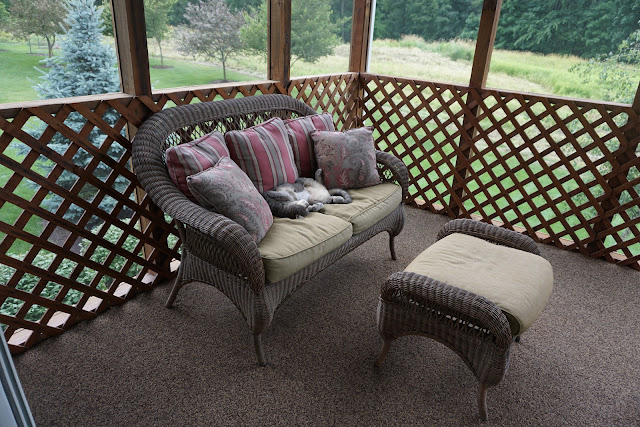 This is one of the ways I like to picture him spending his days now. 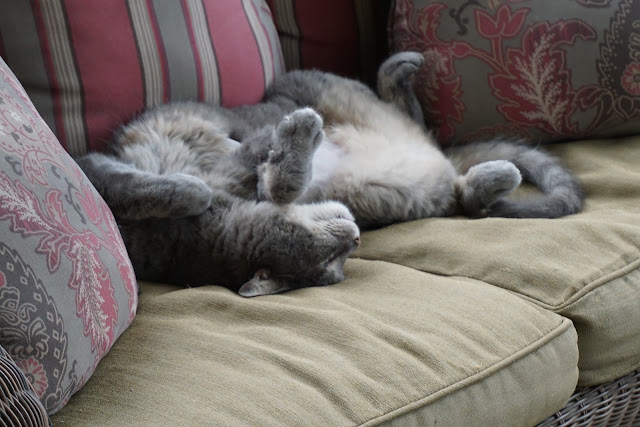 Brody liked it when the boys built forts. As with most sentient beings, he liked cozy little spots to curl up in. 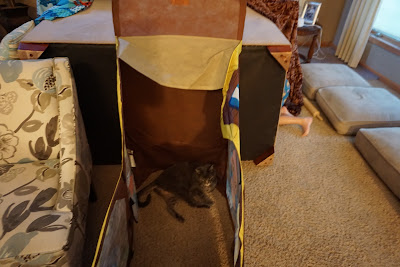 This ended up being the last picture I ever took of Brody. I really thought he'd still be here when we returned in August because he was doing well in June before we left. I had high hopes that he'd beat the odds and live at least another year, maybe even longer. But unfortunately it wasn't meant to be. Tumors tend to grow back aggressively and quickly in little animals, and that's what happened to him. His body started shutting down a few weeks later and he died peacefully on his own on Wednesday, July 26th in the late afternoon. 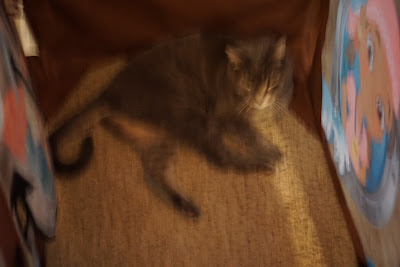 I guess it was a bit of foreshadowing that this photo turned out to be blurry. To me it signifies that his time left on earth was short, as his transition to the next phase of life happened only a month later.

Brody was such a special, fun part of our family. We all miss him, but I think Bentwood and I miss him the most. His absence leaves a little void in my life every day. It's become less painful as time has gone by (coming home in August was emotionally wrenching), but it's still there. I'm looking forward to the day when I can be reunited with him again, along with the other beloved pets I've lost along the way. 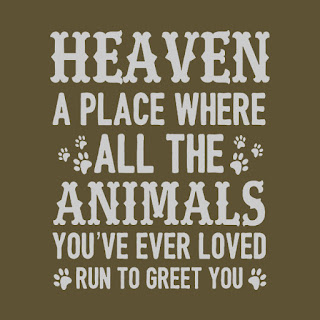 (Brody better run to greet me instead of run away from me!) 😺