The following pictures are a good example of the feisty attitude that Brody often had with me. Sometimes Often he was combative when I'd try to pet him and hold him, especially at night. Maybe by then his patience with me after a day together had worn thin. I got a kick out of it, probably more than I should have. One of my faults dating back to childhood is that I've always liked to tease. I took these pictures one night when his cattitude was on full display. I found them excessively diverting, but about six weeks later when I was halfway across the country and had found out that he had passed away, I cried so hard as I scrolled through these pictures, knowing how much I would miss his special brand of cattitude and his spunky personality and our over-a-decade-long love/hate relationship.

"I'm staying on this kitty tower and nothing you can say or do is going to change that. You have been warned." 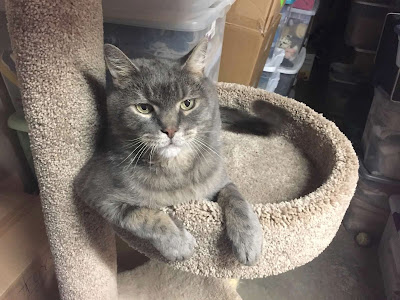 "Did you hear what I just said?! Don't touch me! I've got claws and I know how to use them!" 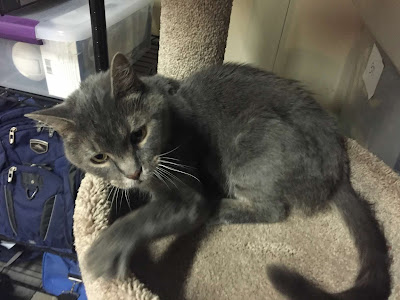 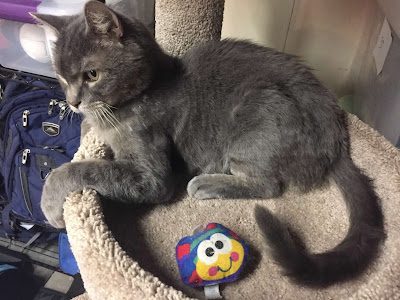 He was indignant. I was amused. 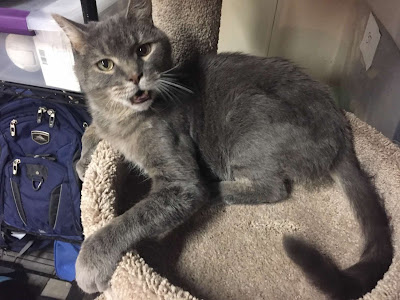 "How did I get stuck with this crazy lady? The streets of Hartford were preferable to this." 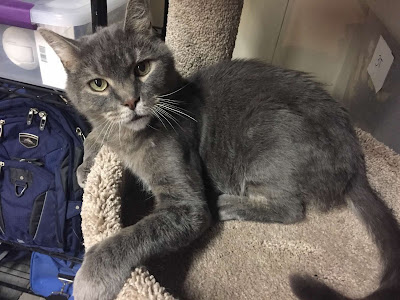 You can almost believe he was being sweet and innocent in this picture. 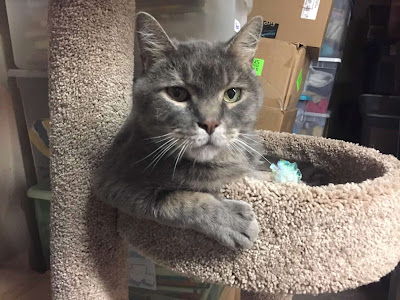 This picture cracks me up. It reminds me of a truck driver or pick-up driver with his arm leaning on the open window as he drives. 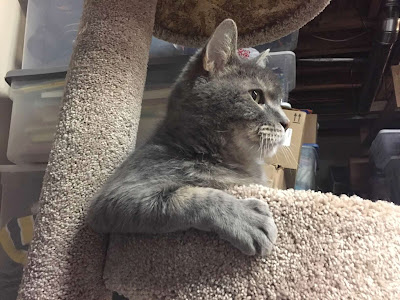 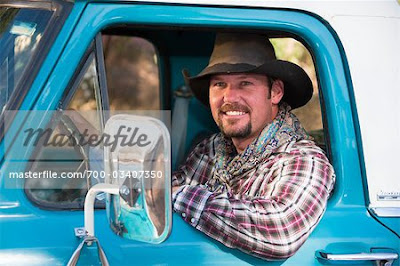 The funny thing is, if Peter had come in to pet him and hold him, Brody would have been fine with it. It's only for me that he did this! Even though I was the one who took care of him every day! 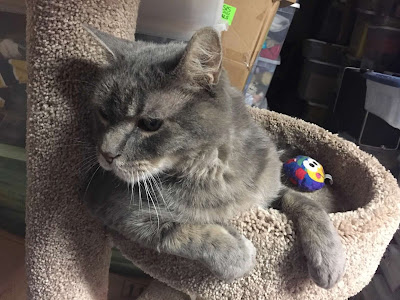 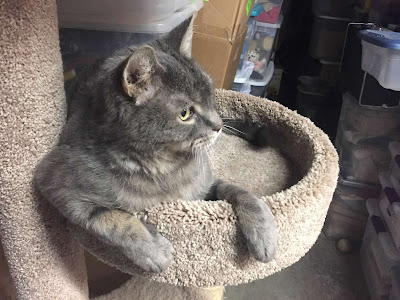 He didn't budge from this spot until I left the storage room for good that night. 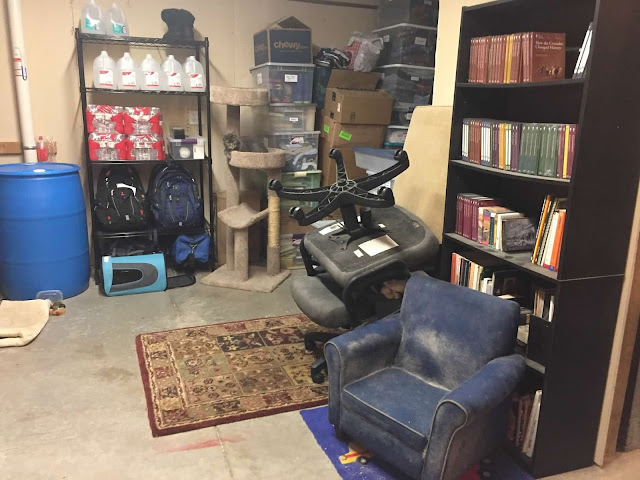 Can you find Bentwood? He's there too.

I sure do miss that cat. Someday I'll see him again and he may try to run away from me when that happens. Heaven might become a little less heavenly for him that day, but for me, it will be perfection!