John turns 13 exactly two months from today so I better do my blog post about his 12th birthday quick.
(Better late than never!)

He had a football cake (of course). 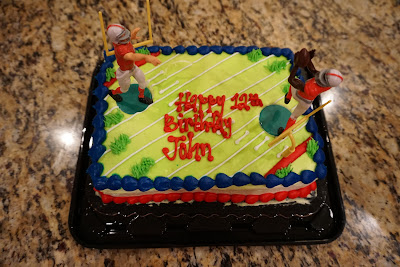 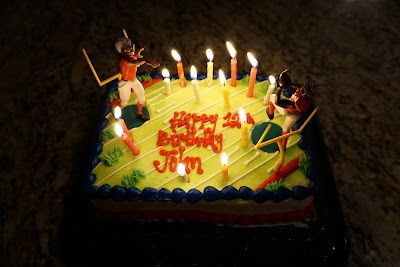 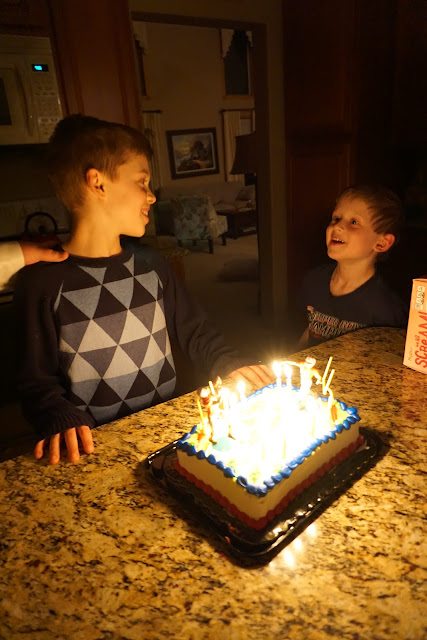 The singing of the song... 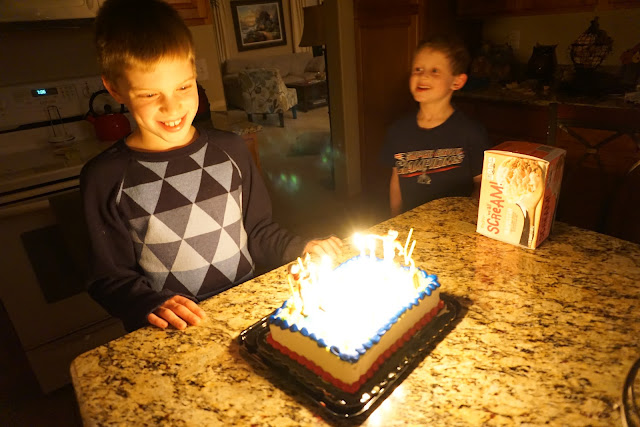 And the blowing out of the candles... 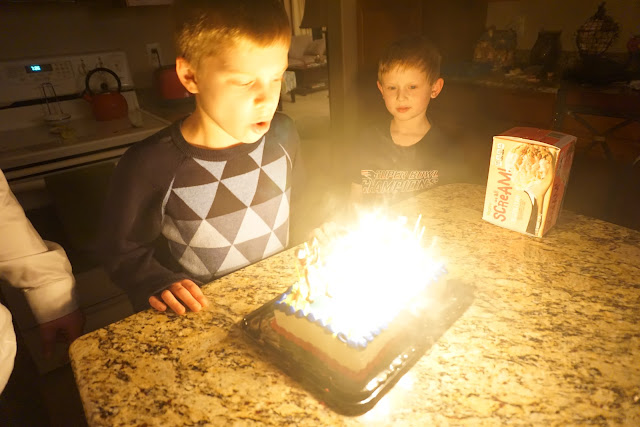 I had Peter take some mother-son photos of us because we don't have enough of those. (We really don't!). This one was my favorite. 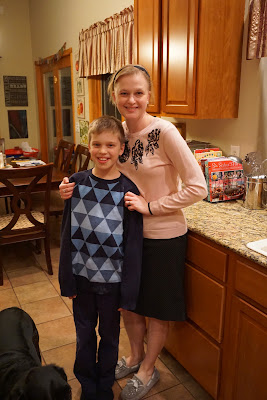 When I was going through some of John's baby photos later I found a sweet photo that matched up well with the colors we were wearing then and now (pink for me and blue for him). How I miss those newborn baby days! But I'm thankful for where we are now, twelve years later. 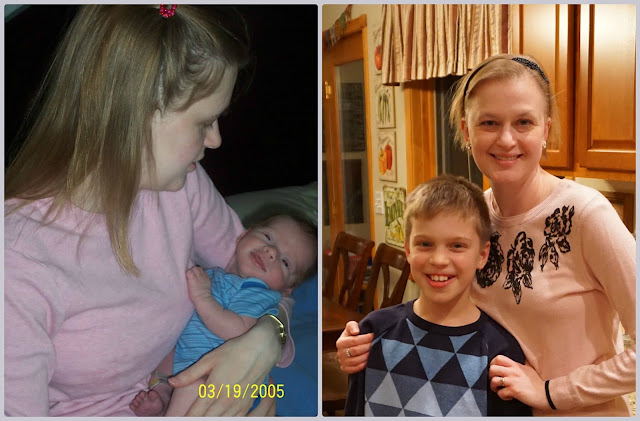 (Also, in a vain aside, this picture makes me miss my longer, healthier hair, back when it used to grow and cooperate. I'd do anything to have that hair back again!)

Instead of a birthday party, he invited his three best friends to go to an indoor trampoline park with him.
They had a blast! 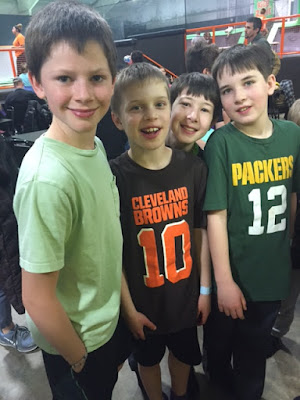 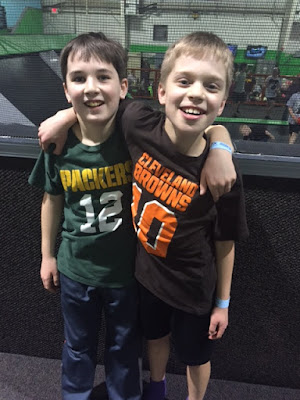 Here they were in a hurricane simulator (or something like that). 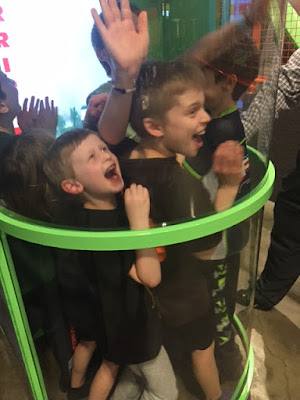 John has had a good year being 12: getting the priesthood and being able to pass the sacrament, graduating from elementary school, starting junior high, making the Honor Roll, and earning his first phone. His sense of humor continues to develop in hilarious ways as he gets older and I love his outgoing and adventurous nature. I'm excited to see what the age of 13 will bring for him!