Betty and Veronica and the Archie comics were one of my favorite things when I was a kid! So when I saw this one at the grocery store, I had to get it. 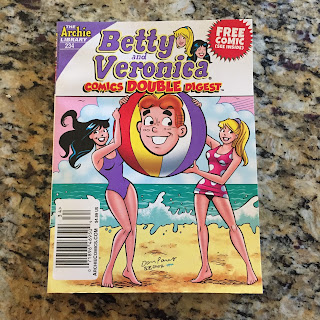 If I still used Instagram, this definitely would have been an Instagram picture. But alas, I gave up Instagram in August, so it's just a picture for my blog instead.

John and my dad during one of the Saturday sessions of General Conference. 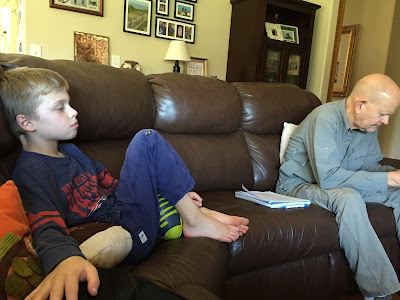 Early to mid-October was mostly still warm enough to play outside in shorts and t-shirts and run the hose in the sandbox for various experiments. Mild Octobers are so nice! 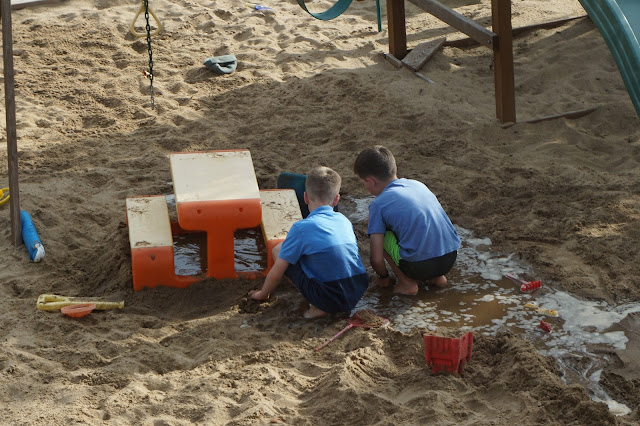 I made another perfectly over-easy fried egg. Yeah!!
(And a feat which I haven't been able to replicate since.) 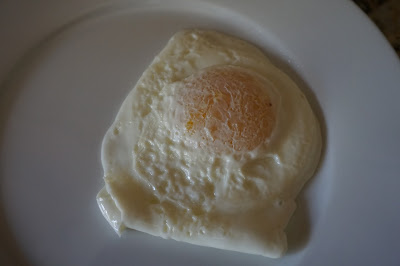 Evening in the family room. 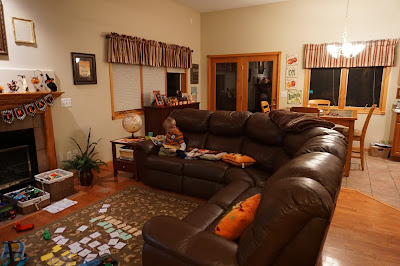 One of my organizing projects in October was to catch up on albumizing some of our past vacation photos. I like to make shadowboxes for some of the mementos but I was having a hard time finding a place to put them. I decided on this wall in our basement. It's perfect! And it's got room for more, which there shall surely be. We love to travel and I'm going to dedicate this wall to the visual documentation of our favorite trips. 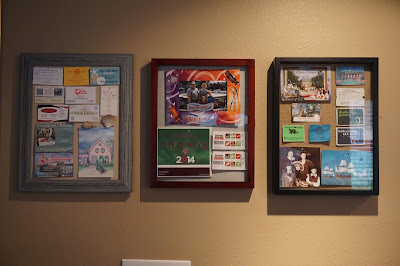 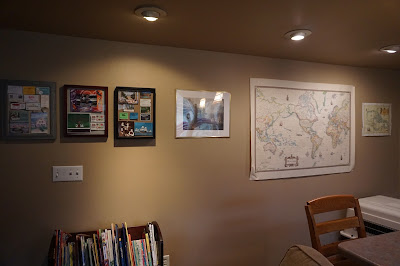 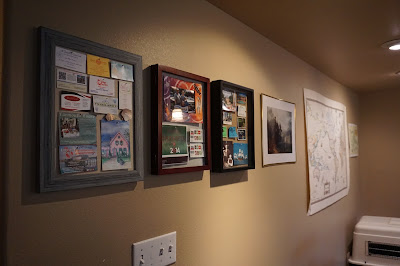 Pretty scenery inside and out on a fine fall morning. 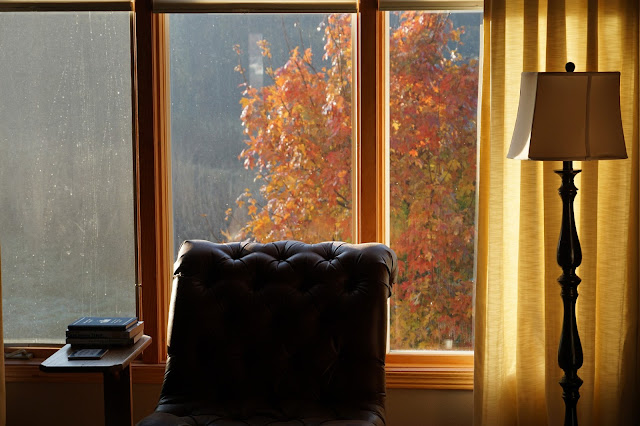 I finally officially retired my nice black dress boots that I've had since before John was born. 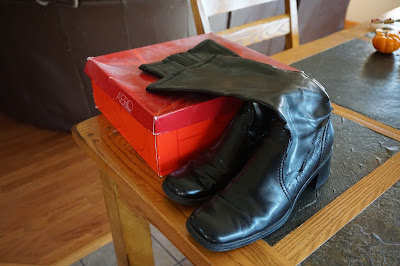 These were great boots! They were cute and comfortable and they lasted for over ten years. They carried me around in New Jersey, New York City, Connecticut, Massachusetts, Boston, and Iowa. But I could no longer ignore the degree to which the leather was cracking. It was wearing too thin and had become too noticeable, and it was time to say good-bye.
Good-bye boots. Thank you for completing my outfits and for being kind to my feet and for your service to my life.
(This is something that Marie Kondo seriously says to do in her book The Life-Changing Magic of Tidying Up when it's time to get rid of something you value. I know it's kind of kooky, but it actually helped me to let them go and throw them away rather than keep them out of sentimentality, which has been my habit for most of my life.
Taking a good-bye picture helps too!)

The dogs shared the landing. This doesn't happen very much so I had to document it. 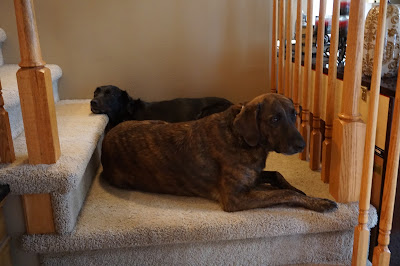 The living room at night. 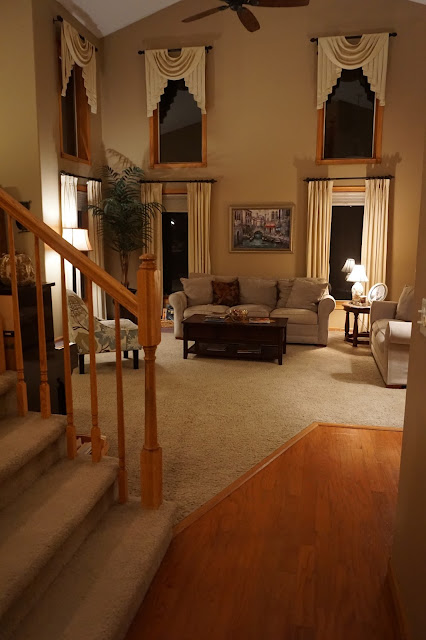