Today's Five Things is inspired by various things I encountered or experienced each day this past week.

1. Sunday. Sorry to start out on a sad note, but this whole week I've been thinking about our sweet departed dog Yogi. This was the week in December last year that turned out to be the last week of his life. Every day I've thought about what was happening on that day last year with him, i.e., "This was his last day at home with us," "This is the day I found out he probably had a brain tumor and I burst into tears as he circled around and around the room while trying to listen to what the vet was saying," "This is the day I drove him out to the vet hospital at Iowa State and last saw him alive," "This was his last full day alive," etc. It was on this very Friday last year that he passed away suddenly in the middle of the night, and that morning Boo Boo and I drove three hours round-trip to see his body and say good-bye. This week I've shed fresh tears for this sweet dog and for what he went through before he returned home to heaven. We all miss him and will continue to miss him until we see him again. I feel so much comfort in the belief that he is in a better place and that he's happy, healthy, whole, and peacefully waiting for us to someday join him. 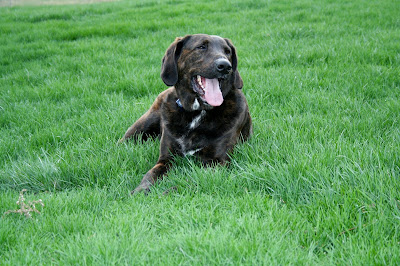 2. Monday. Many boxes and packages were delivered on Monday. There were a lot delivered last week too. It was the aftermath of Cyber Monday, after all.

"Brown paper packages tied up with string. These are a few of my favorite things!" 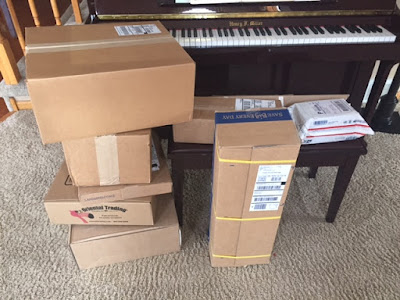 Most of these things were gifts for other people but some were things for me or the house. There were some really good deals and sales that had to be taken advantage of. For example:

I got this cute driftwood owl for a great price from Pier 1. I love owls and I like driftwood. A perfect match! 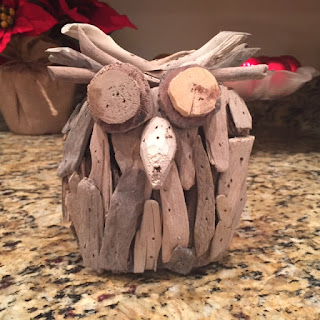 Also from Pier 1, a driftwood Noel sign that reminds me of the beach. (I miss the Cape!) 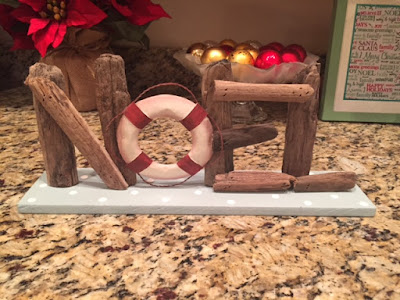 I got myself some nice new pajamas and a plush robe from Soma. Soma makes super-comfortable pajamas. I know from experience that paying for high-quality sleepwear, sheets, and bedding is a really good investment in one's health and well-being because good-quality sleep is so important.
And that's my justification for that! 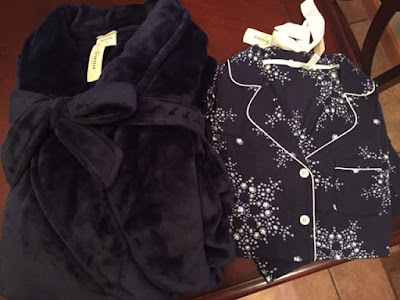 3. Tuesday. According to a random e-mail I got that day, Tuesday was National Brownie Day, so that was the perfect excuse to make a box of Betty Crocker Supreme Turtle Brownies, which had been hanging out in the pantry for too long. This is one of my favorite types of brownies because of the caramel and walnuts. I've been enjoying them all week!

There were spectacular sunset skies on Tuesday evening. I couldn't get enough of them as I was driving the boys around. Luckily I managed not to drive off the road or rear-end anyone or anything. I wanted to take pictures of all of it from beginning to end but seeing it had to suffice until the end of the sunset, when I was finally able to park and had a minute to get a few shots with my phone. 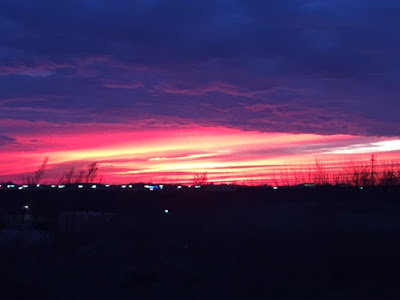 Another good thing about Tuesday was that I discovered a new brand of hot cocoa--the Stephen's brand, which I think is pretty popular out West. I tried the Candycane Cocoa that night and it was so good! I haven't tried the Milk Chocolate yet but based on the Candycane Cocoa, my hopes are high for it. 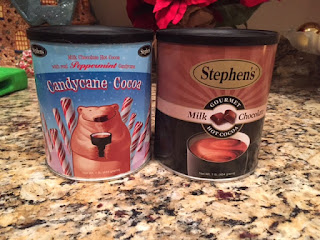 A bad thing about Tuesday was that I saw that Speaker of the House Paul Ryan has a beard now.
Noooooooo! 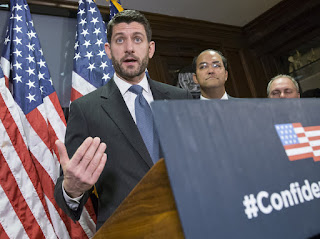 Go back to your nice clean-shaven face please, Speaker Ryan!
Love, a constituent who cares (not really) 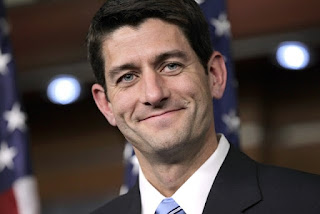 4. Wednesday was full of good things.

First there was this stirring video of Lindsey Stirling playing "Hallelujah" on her violin in the New York City subway. There's such a good sincere message from her at the end of this, and it's also part of the Church's Savior is Born initiative.


Next was the exciting news that Julian Fellowes is writing a screenplay for a possible Downton Abbey movie! See here. That would be awesome if it happened!

And related to that, my Downton Abbey ornament was delivered in another one of those wonderful brown cardboard boxes that have been arriving so often lately. 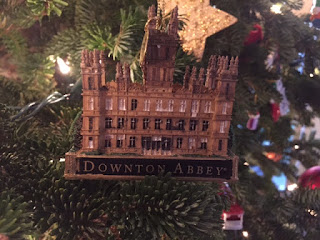 There was another pretty sunset on Wednesday evening (or rather, late afternoon, since they've been happening at about 4:45 p.m.) What a pretty view through our high living room windows. 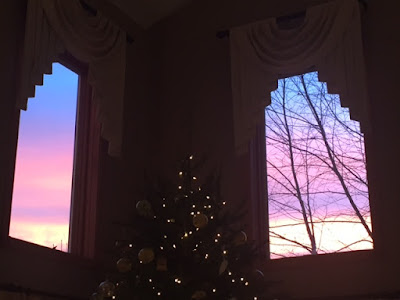 This picture would be perfect if the star were on top of the tree, which I'd been asking Peter to do for days. He finally did it that night, but alas, the photo opportunity had passed. Another one bites the dust! Ha ha.

This is another good video that I saw on Wednesday. It's a fun one about where we live. I love it here, and though we've had opportunities to do so, I really don't want to move. I hate moving. So we're not gonna.


And finally, a recipe for peace at dinnertime when the boys were being foes, not bros.
Separate tables works like a charm! 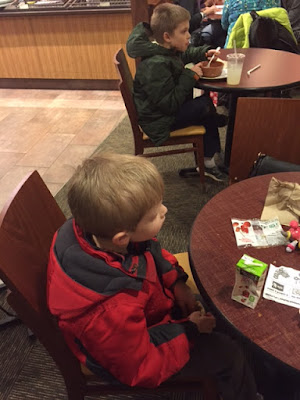 5. Thursday. We got our Elf on the Shelf years ago when John was in kindergarten. I thought it was a cute idea, and I still do. But it's also a pain. For the last three nights I've forgotten to put our elf (Brian is his name) in a new spot. This is an ongoing problem for me, year after year.
For that reason, and because Legolas is the epitome of elf hotness, this: 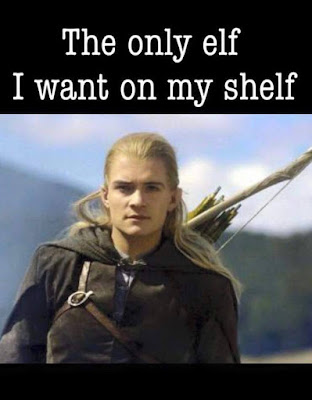 This weekend I need to motivate myself to address and send out our Christmas cards. We're going to John's first gymnastics meet of the season, and hopefully we'll eat lunch at a Cheesecake Factory afterwards. 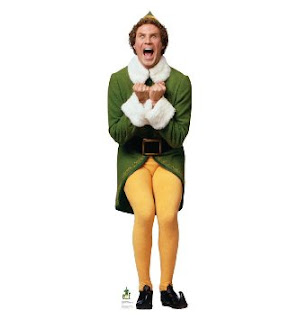 I hope you're enjoying the season!