We spent a fun Saturday at Bloomsbury Farm in October. We've gone there every fall since we moved here, so it was our sixth visit, and the boys always have so much fun. Like last year, Abe (the boys' shared best friend) came with us too. 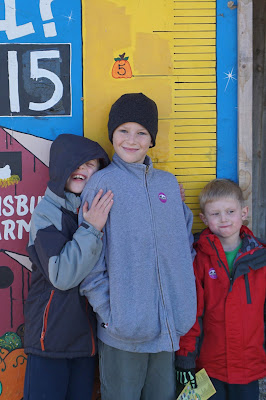 Maybe next fall I'll do a post where I line up this annual picture, from 2010, when Sam was a baby and John was a kindergartener, to 2016, when John will be in his final year of elementary school before moving on to junior high(!!). 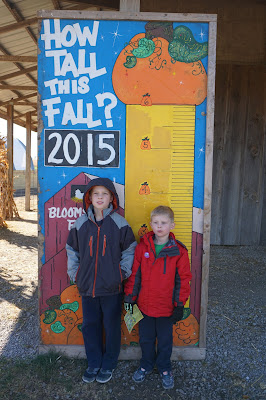 The haunted house was in this white building. It's always a favorite of John's and Abe's, but it's a little too grotesque for my taste. I like spooky, but not when it's overly bloody and gross. 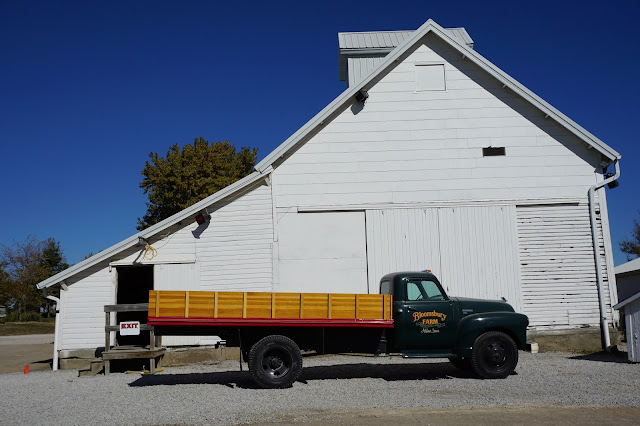 Sam and I, waiting for the boys to emerge from the haunted house. 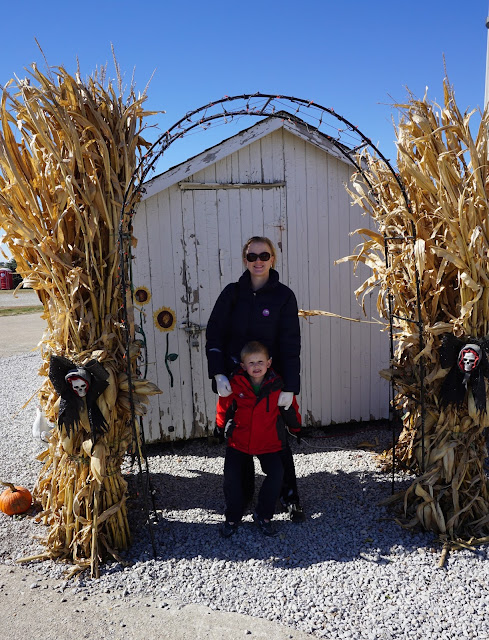 John likes to do American Ninja Warrior training on that tire playground in the background. 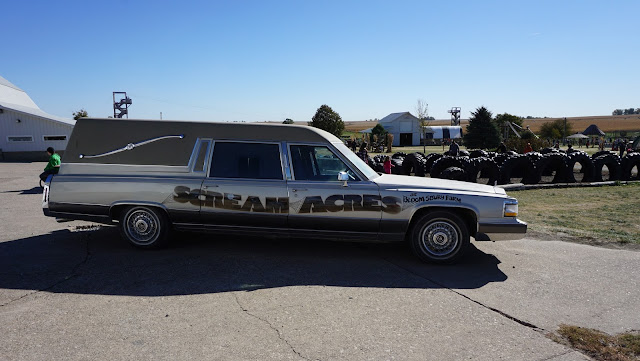 It was a fine fall day. Chilly, but nice. 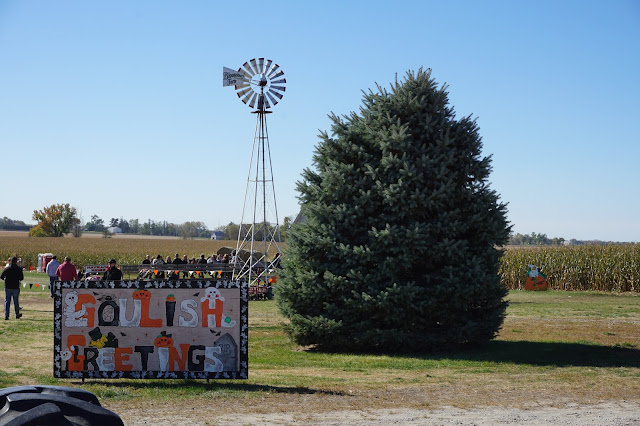 Playing in the corn bin and getting buried in corn is always fun! 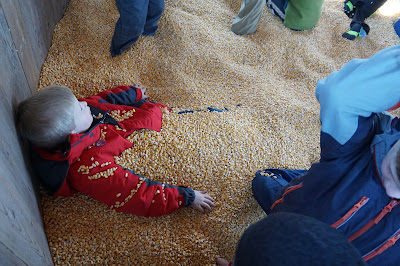 Spiders in the web. 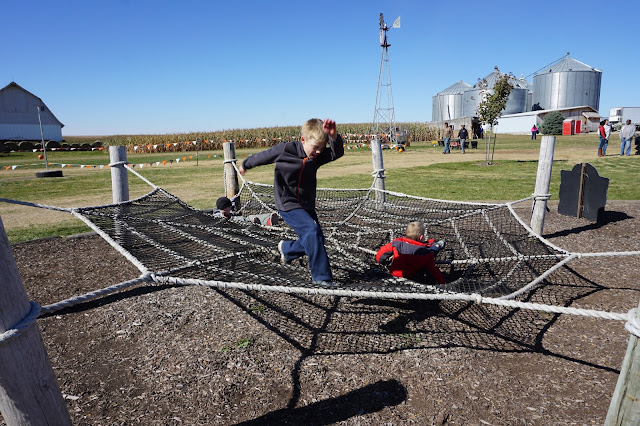 Silly boys at lunchtime. The boys just love Abe, can you tell? 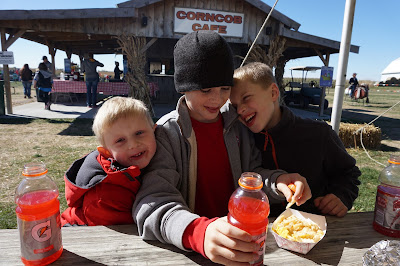 We made our way through the giant corn maze fairly quickly, thanks to Peter's navigational skills. I was constantly a little bit on edge while we were in there, worried that we would lose the kids (John kept running way ahead or into the corn and wouldn't listen, so he earned himself a time-out when we got out) and I was worried that Peter would get too far ahead and I'd get lost and be on my own, which wouldn't be good, because my sense of direction is bad!

This was the pretty view from a lookout bridge in the middle of the maze. 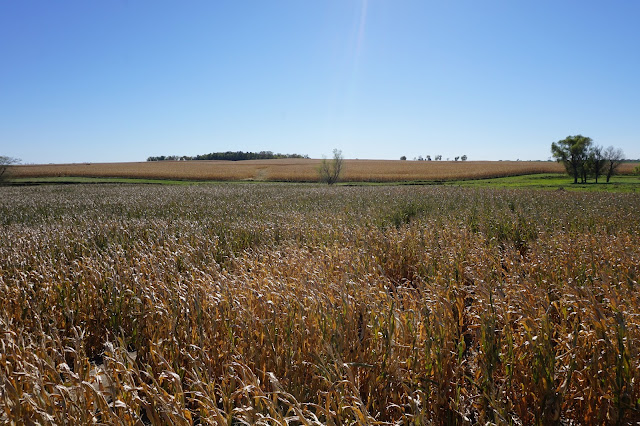 Another pretty view, this one from when we were done with the maze. I think I took this when I was sitting with John during his time-out. Ha! 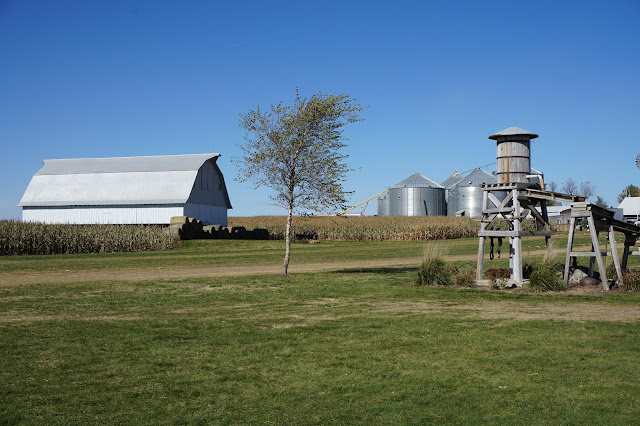 Sam and the Giant Pumpkin. 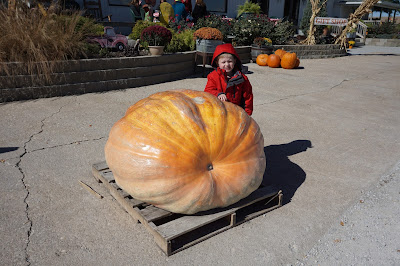 The boys played on the Jumping Pillow for about 45 minutes and would have played on it longer if we hadn't said it was time to go. 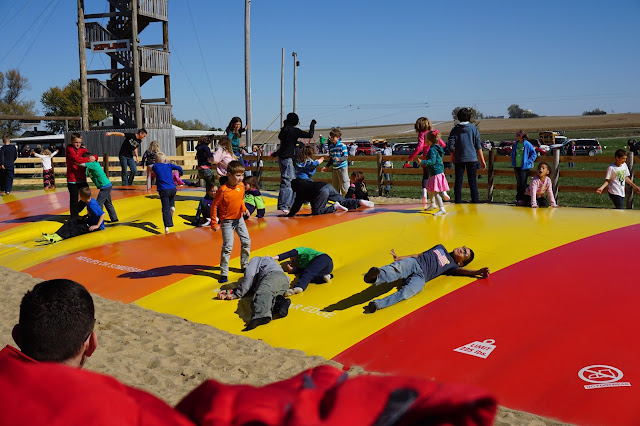 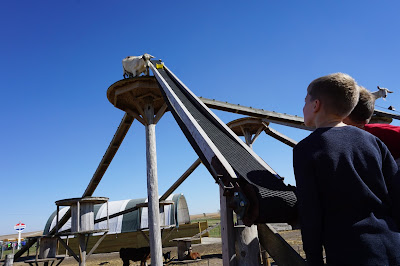 Abe asked me to take this cute picture. 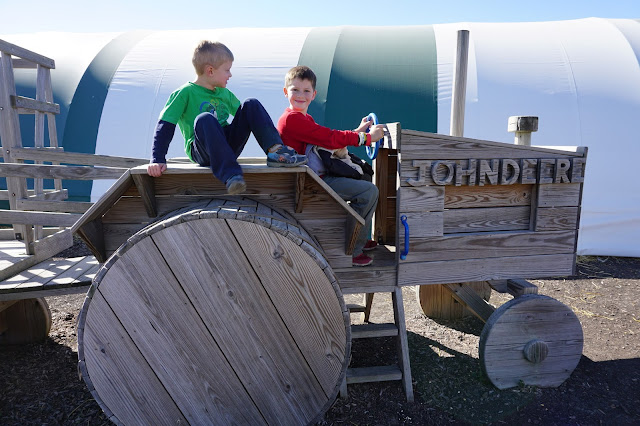 One of Sam's favorite places wherever we go is the gift shop.
"Can we go to the gift shop?"
We usually save that for last so that I can use it as incentive for them to behave.
Obviously that incentive doesn't work well for John, but it does for Sam!
\ 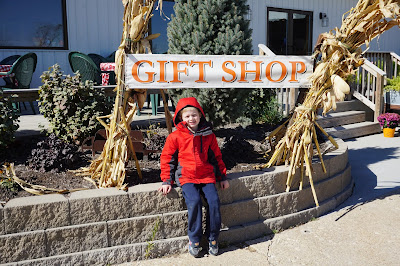 It was another fun day at Bloomsbury Farm!