All Hail the Dragon Knight!

Back in August when we were shopping at Costco and the Halloween costumes were newly out on display, Sam decided he wanted to be a "Dragon Knight" for Halloween, so that's what we got. I like getting things like that done early when the selection is good. I'm not a crafty mom with good sewing skills (or any sewing skills) who designs and makes costumes with my kids, so we might as well buy early and get it done. 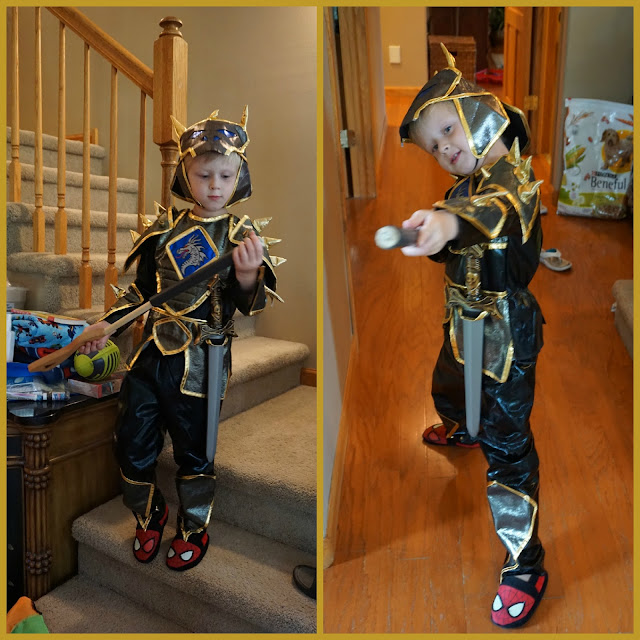 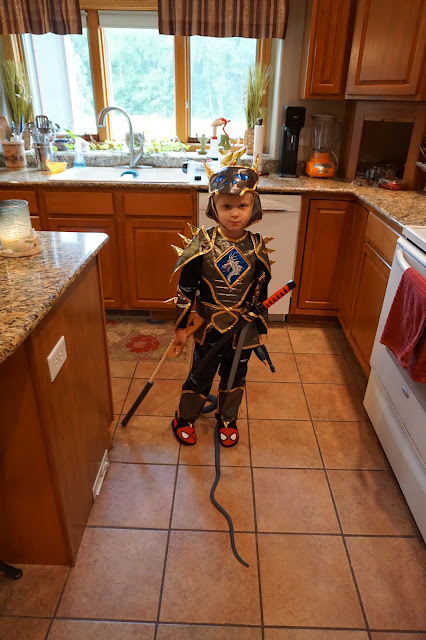 That face!
Don't mess with this knight. 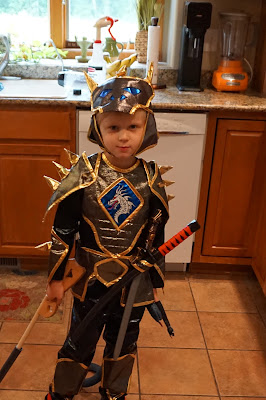 He wore the costume for days when playing around the house and out in the yard. It cracked me up. 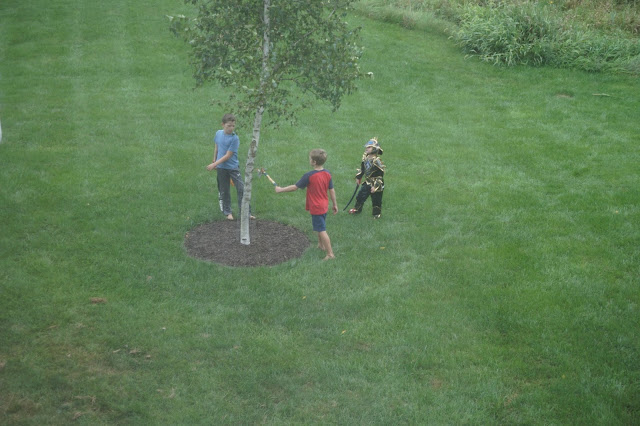 He got dressed up in it for his friend Thomas who was coming over to play.
Here he is waiting out on the front porch for Thomas to arrive. So funny! 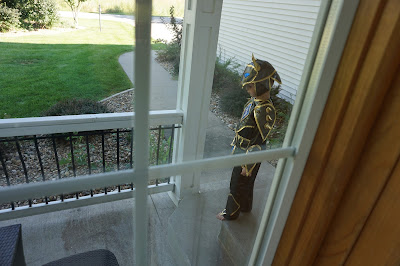 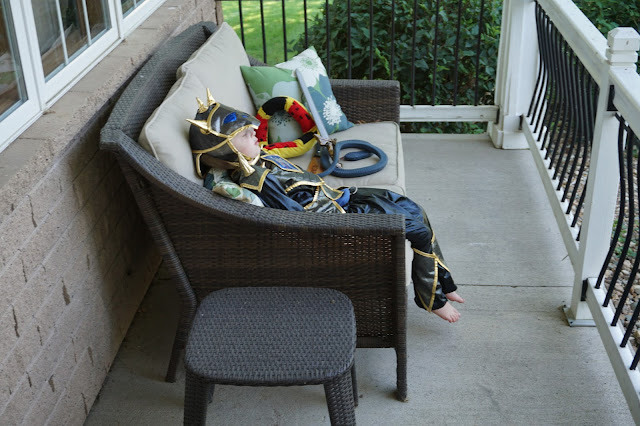 The only downside to buying costumes early is the possibility of a decision change or a better costume coming along. A few weeks ago I happened to find a three-headed cobra costume online when I was buying John's costume, and it was perfect for Sam, who is crazy about snakes right now. There was no question that this costume was made for him, and he wholeheartedly agreed when I asked him about it. So now he's going to be a three-headed cobra for Halloween (and it really is a cool costume!). But we've got Dragon Knight as our back-up in case anything should go wrong. At the very least, it's a great costume to add to our ever-growing collection of dress-ups! :-)