At the beginning of March when the boys and I were at Costco, they spotted this giant inflatable human hamster ball, and John really wanted to get it. John rarely asks for things, and it was almost his birthday, so I bought it. Conveniently, that weekend Peter's parents came to visit. Grandpa inflated the ball for the kids and oh what fun they had rolling around the living room in it together (the kids, not the kids and Grandpa. Ha ha!). The ball can be used outside but there was still snow and ice on the ground at that point, and that's not very hamster ball-friendly. 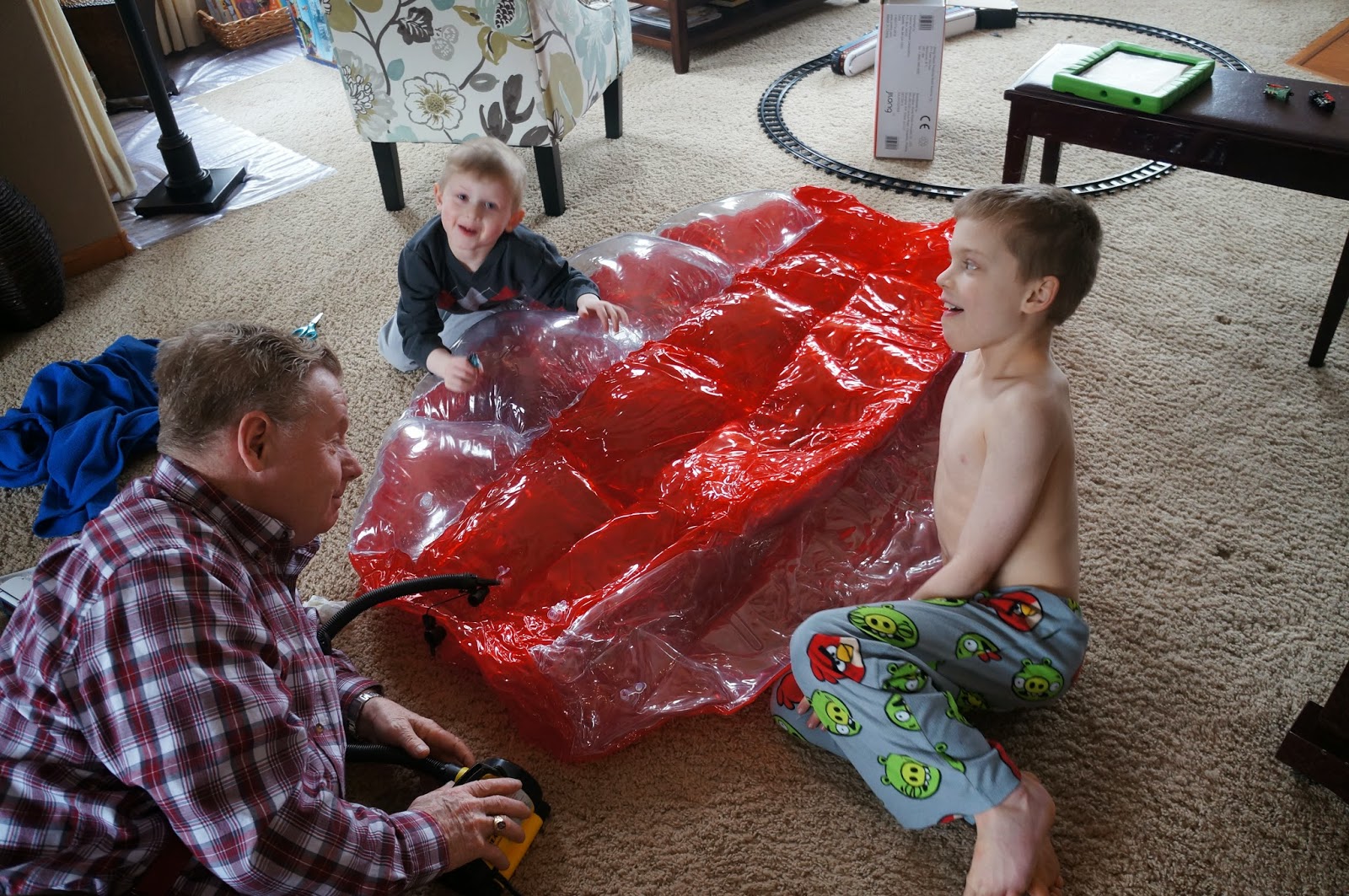 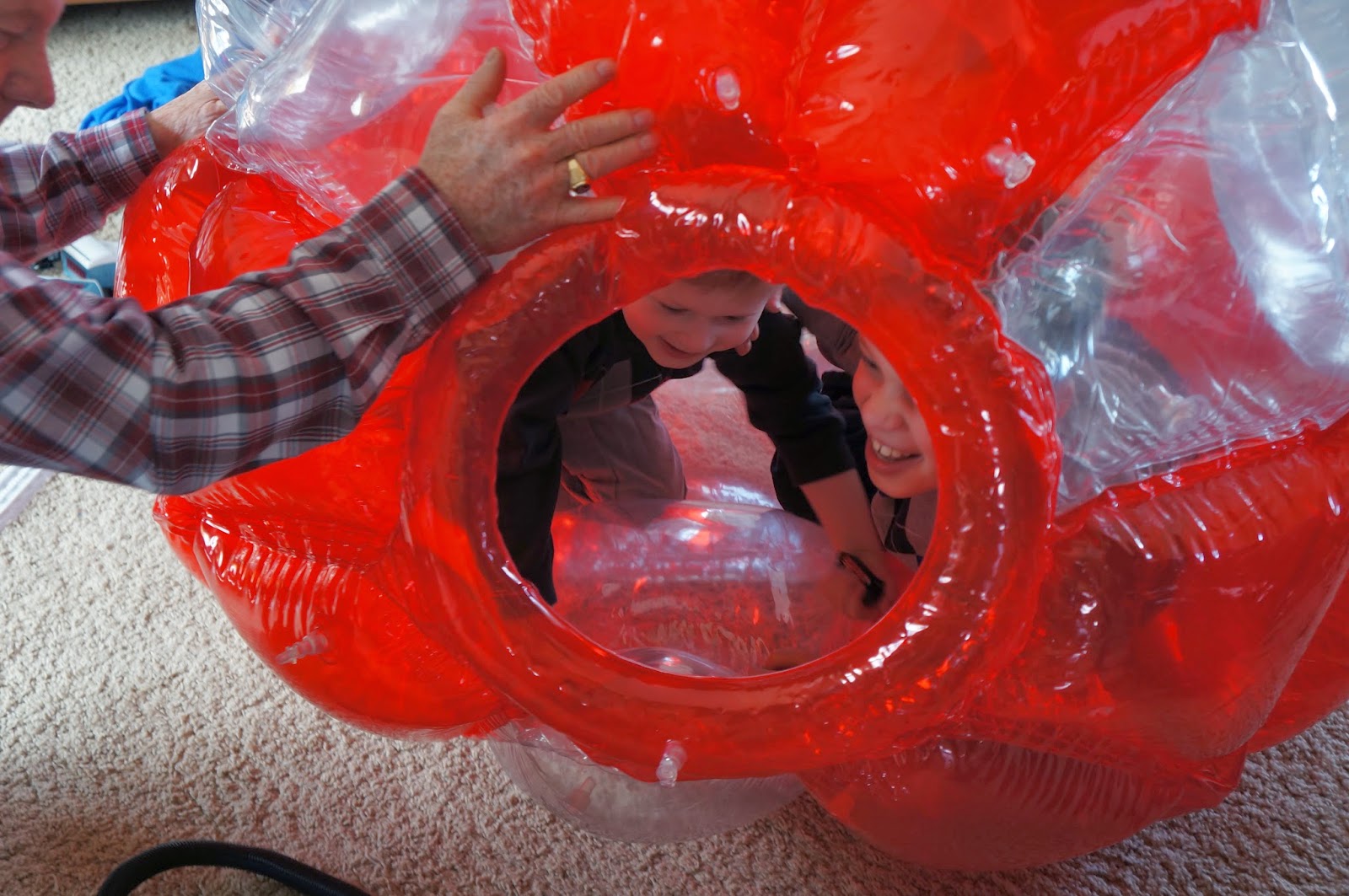 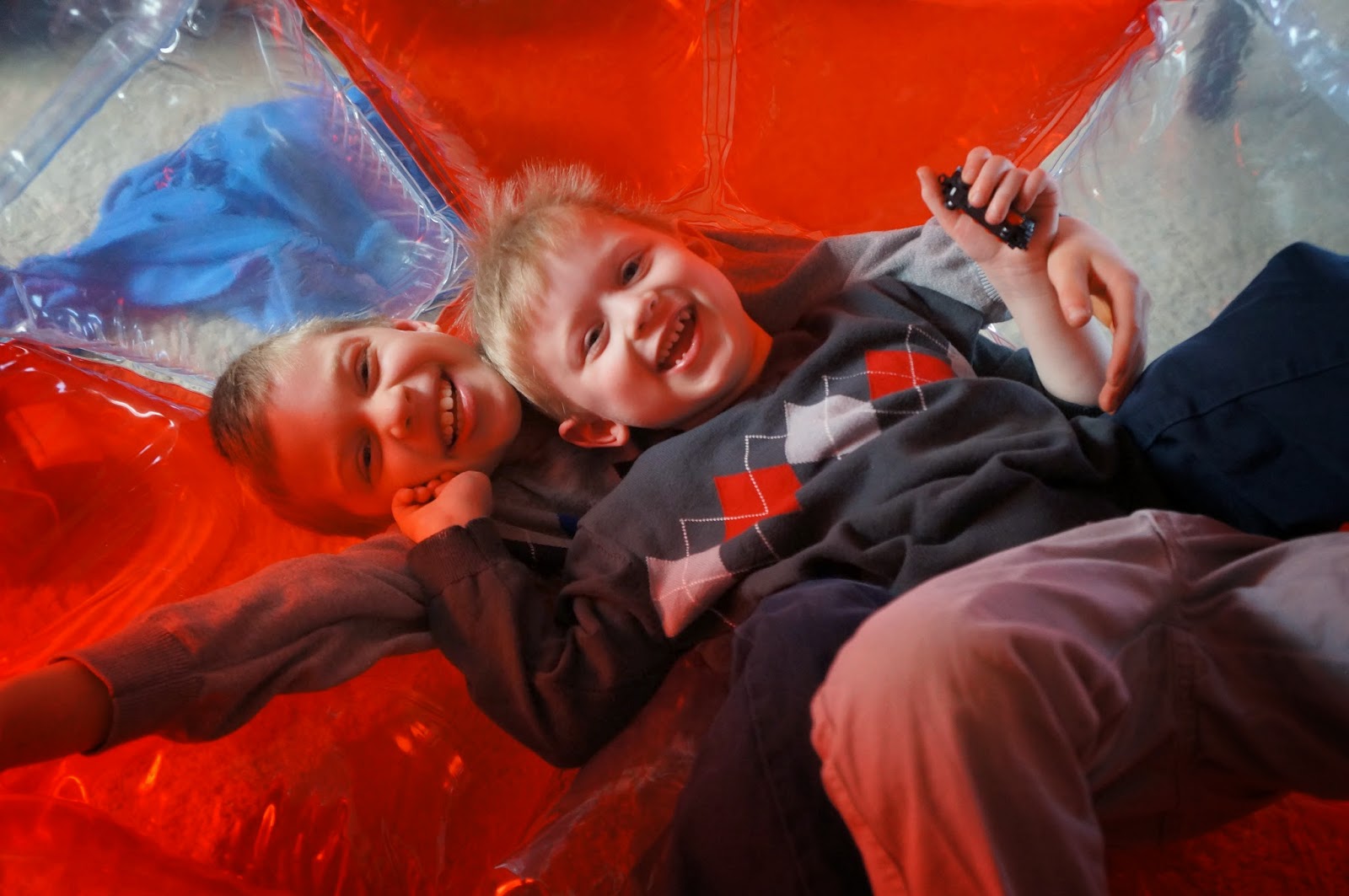 The fun lasted for a few weeks.
Sam liked for me to put the ball with him in it onto the chaise lounge and push him down it so that he'd roll onto the floor. 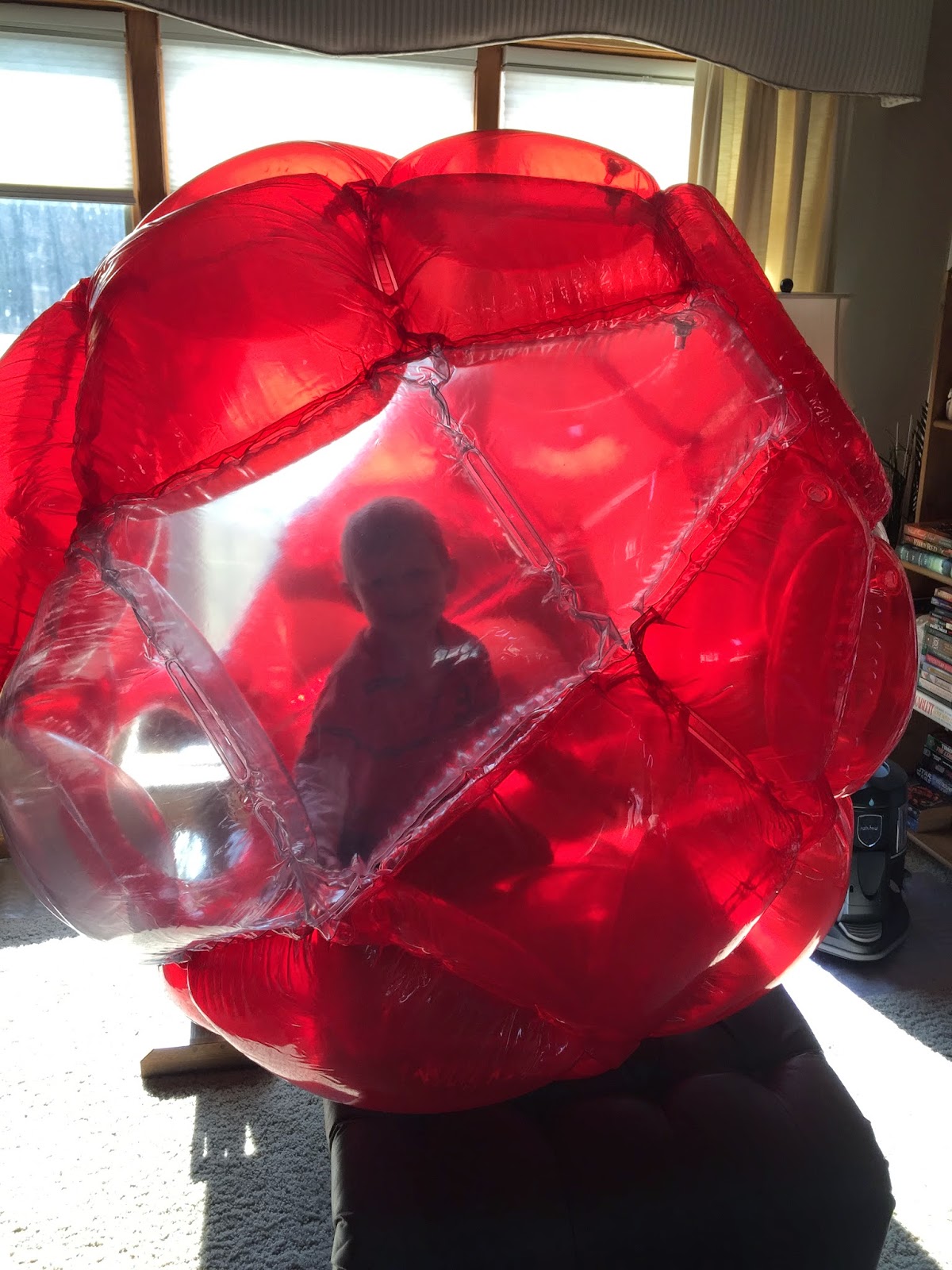 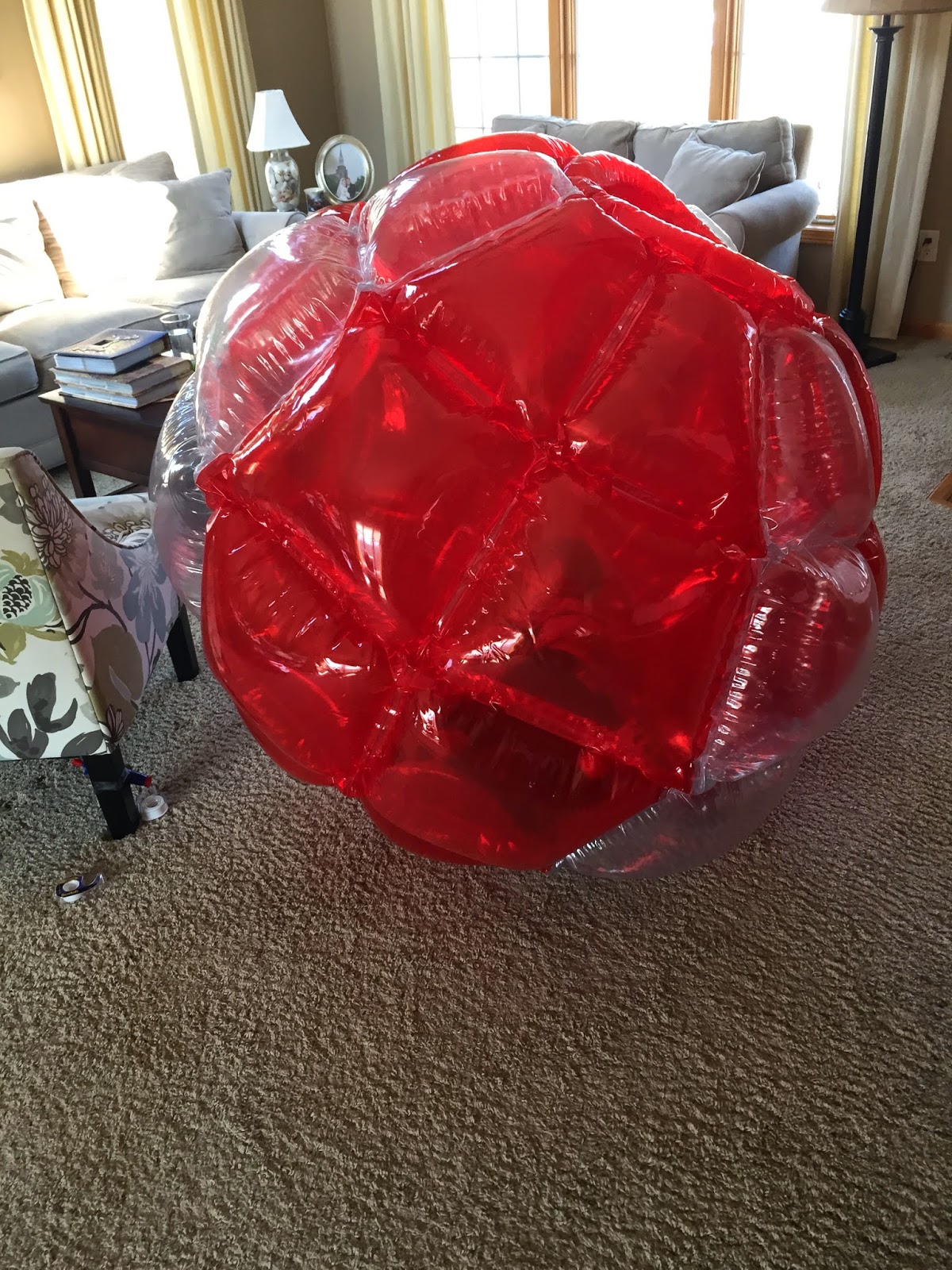 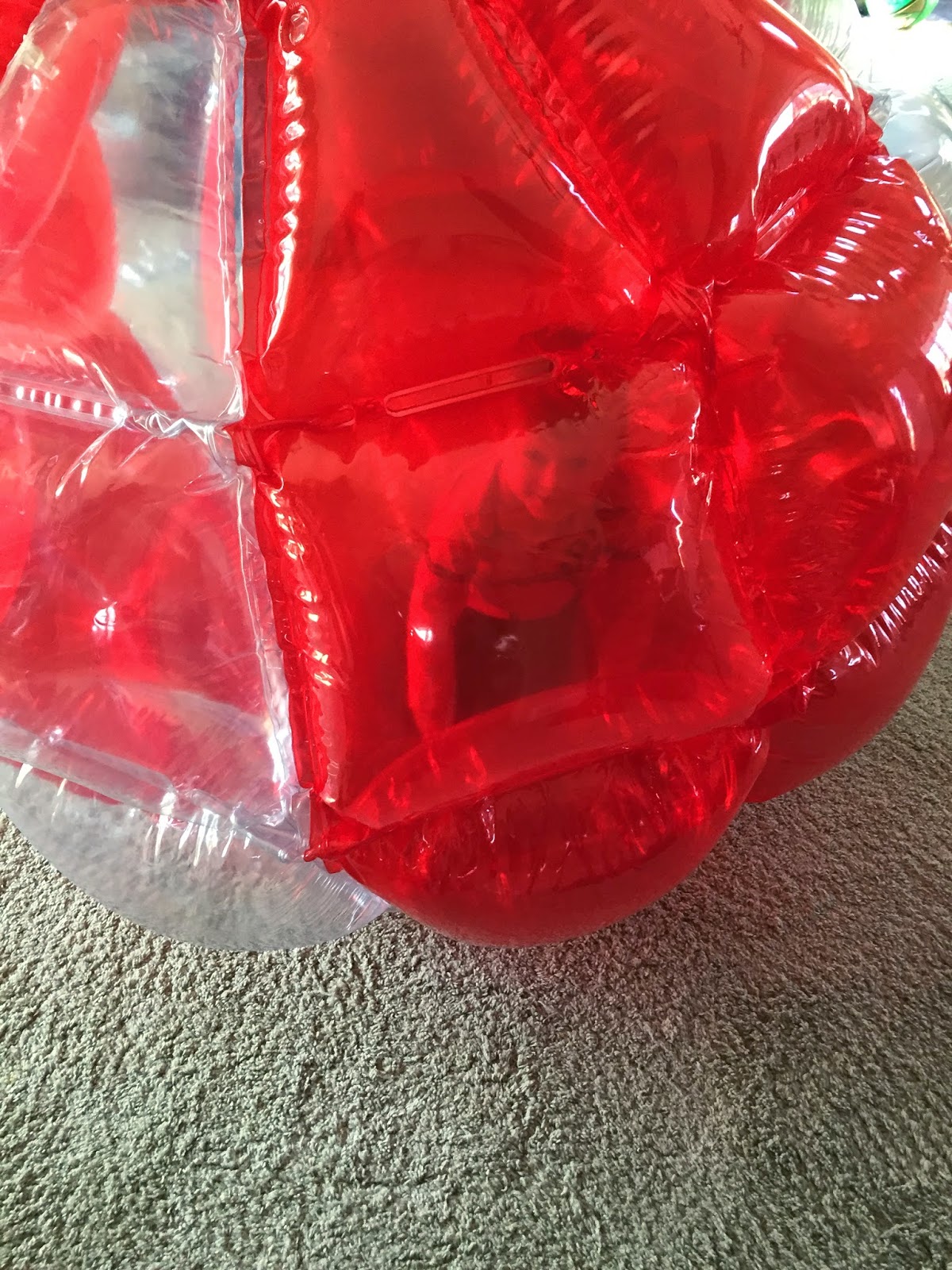 Meanwhile, I tried to figure out where to put the darn thing, and came up with no solution. We had finally just taken the Jungle Jumparoo down to the playroom after it had been sitting in the living room since Christmas, and now there was another big thing taking its place. I wanted the living room/library back! 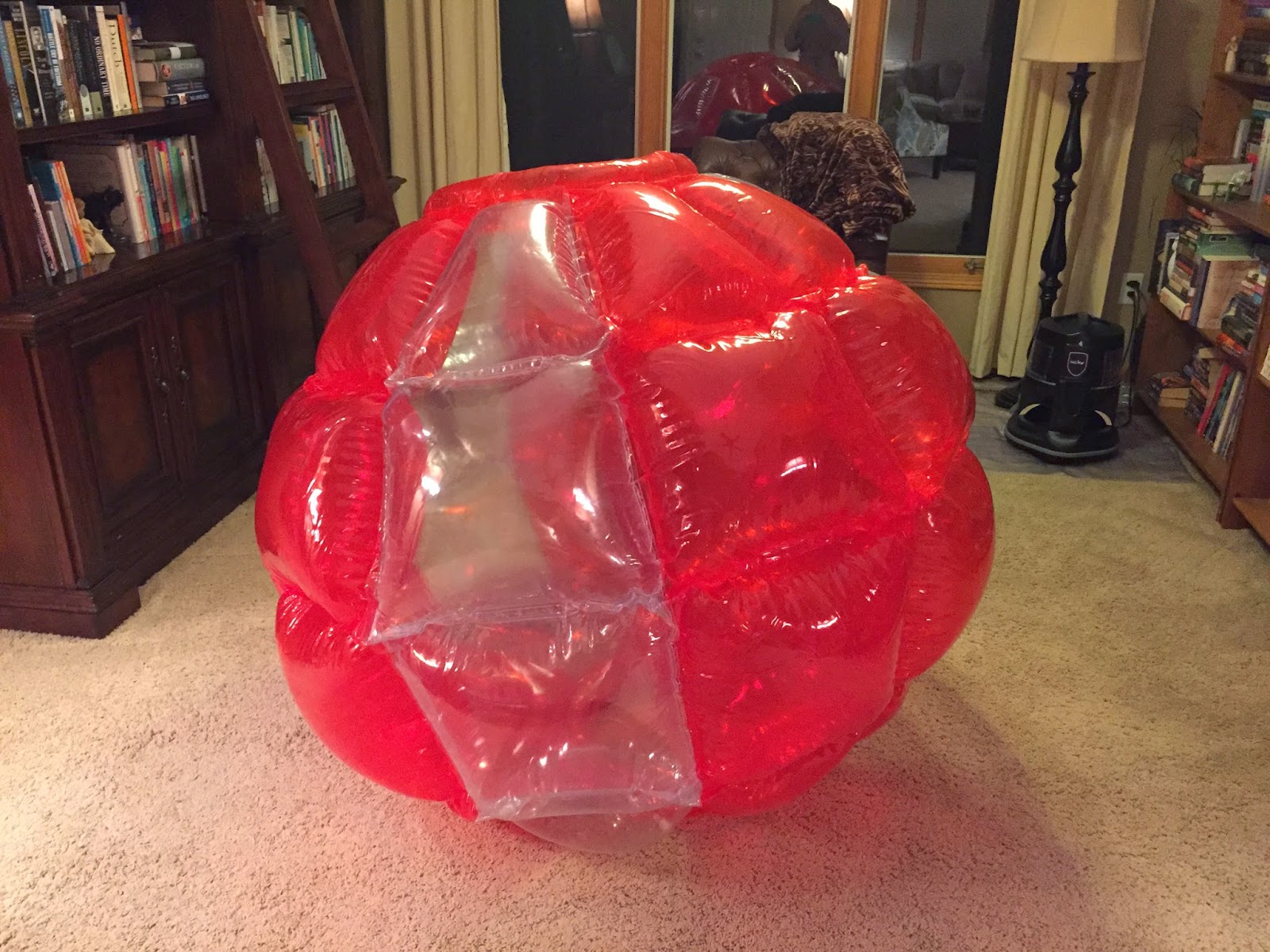 (Un?)fortunately, a solution presented itself when the hamster ball got a hole in it and wouldn't stay fully inflated. The kids used it as a giant rocking chair until it flattened out too much even for that. Now it's sitting in the garage, which is pretty much what is to be expected with toys like these. It's too bad we didn't get to use it outside, although it never would have lasted. If it could get a hole in it inside the house, it probably wouldn't have lasted more than five minutes outside. 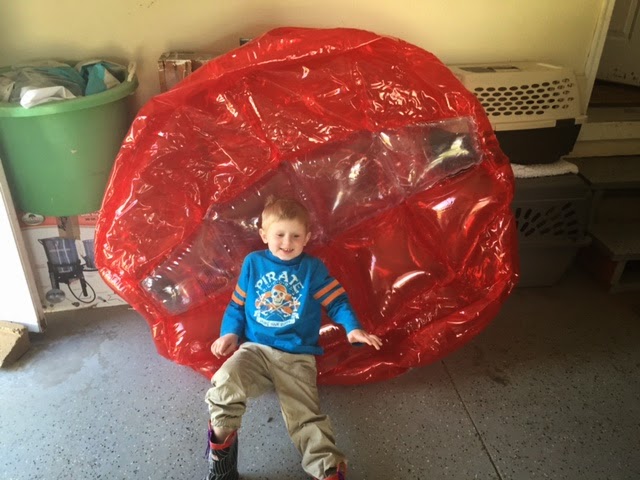 Toys. They help keep the economy going, our children entertained, and our landfills full!