Random Moments Around the House in October 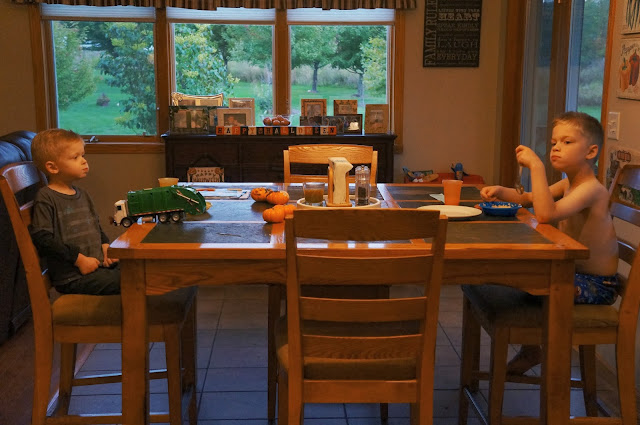 A train track built by Sam, and trains organized by type by me. I can't help but organize toys when I play. I really can't! 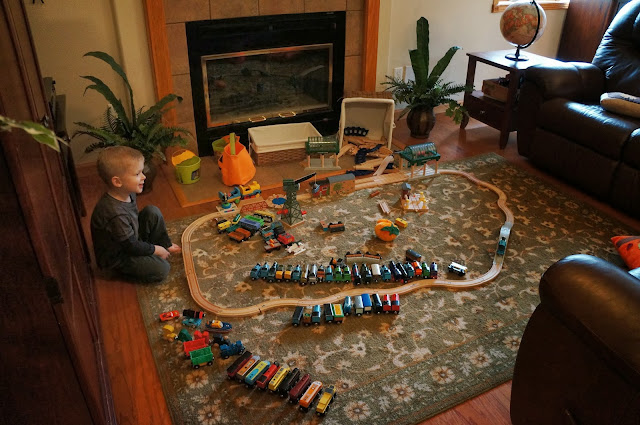 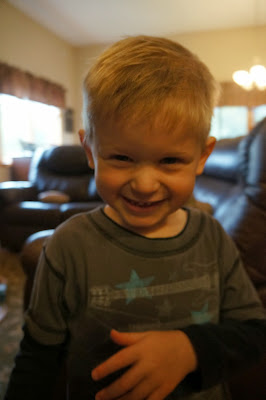 Sam took these pictures by himself with the DSLR camera. Not bad, Sam!
It's fun to see things from his perspective. 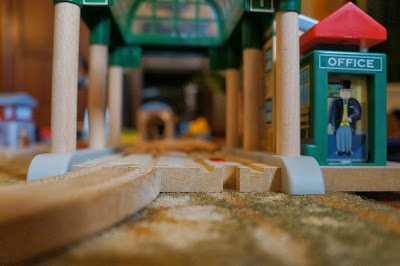 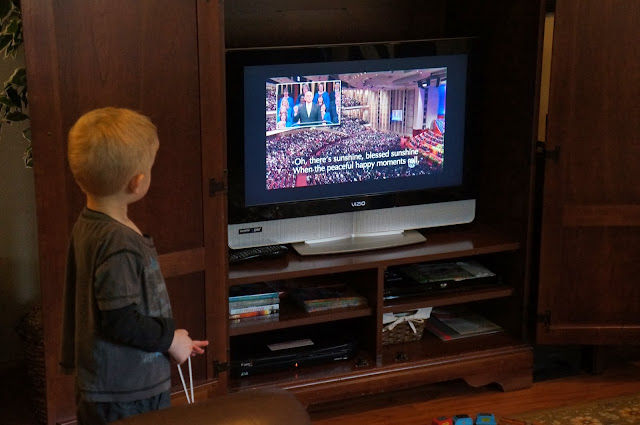 Boys at play.
Sam's thing is obviously trains and John's is Pokemon cards. 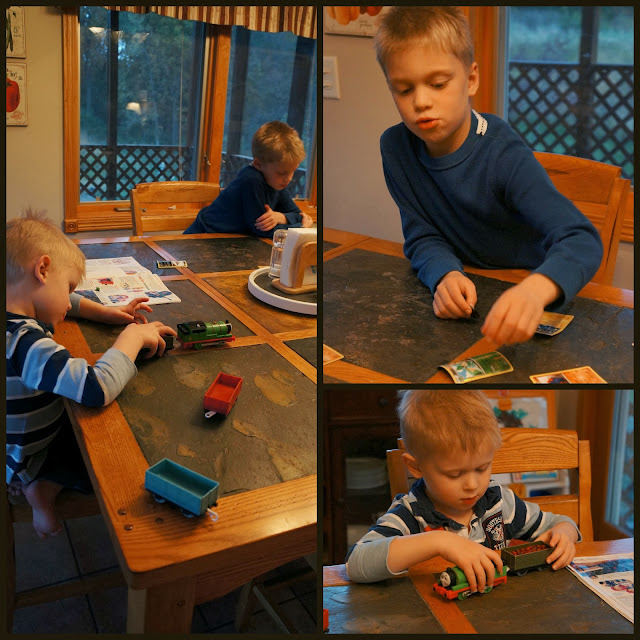 Pretty foliage around the yard. 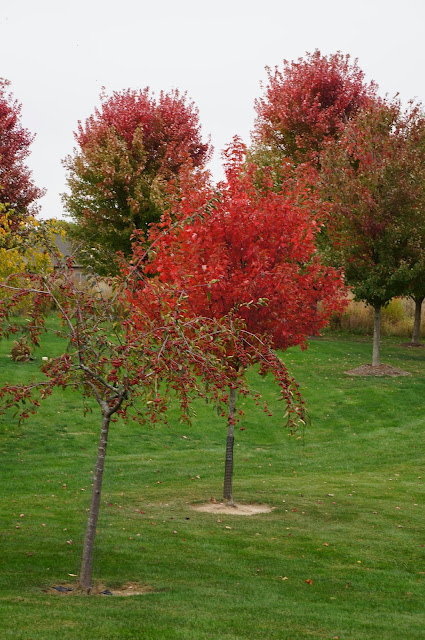 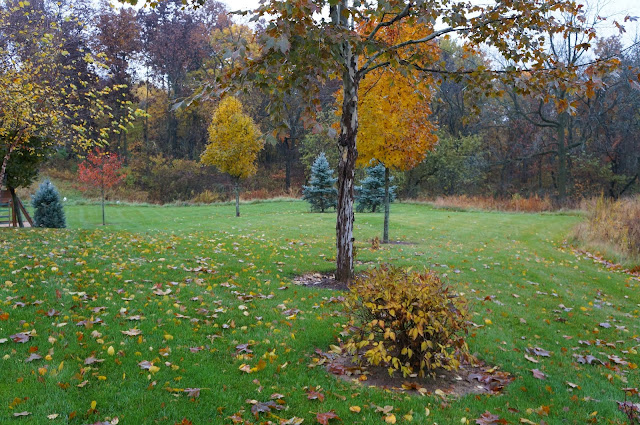 The first snowfall of the season, even though it only lasted for a few minutes and didn't stick at all. The grass was just as green afterwards. When Sam saw it he asked if Santa was coming. 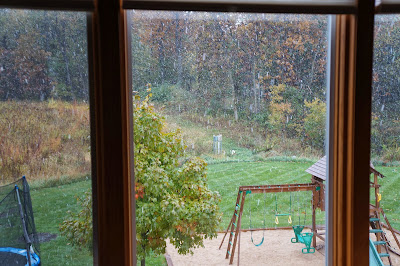 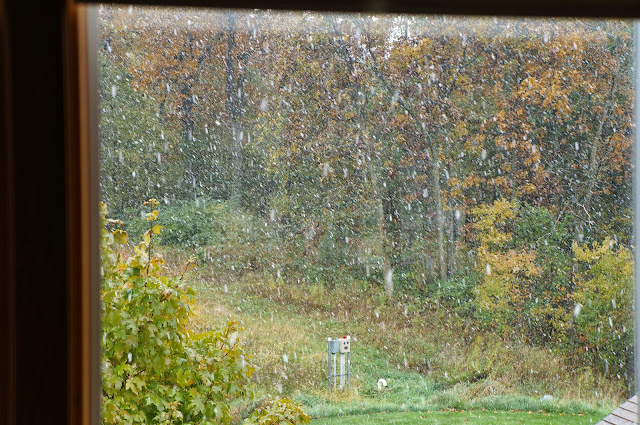 Bright daisies from Costco. I wanted to get something a little more elegant, but Sam really wanted me to get these. Sigh. The things we do for kids! But really, they were fun, and they brightened up the kitchen. 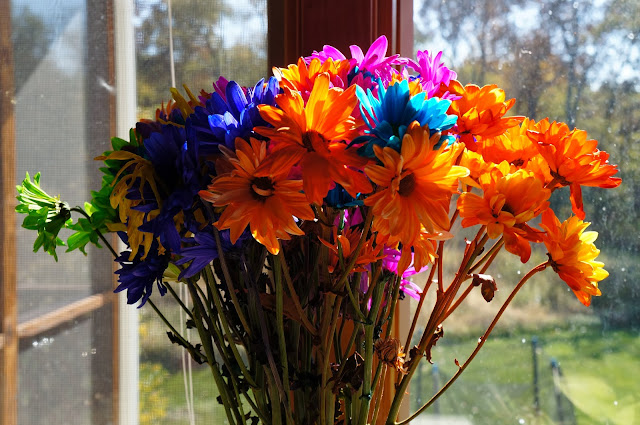 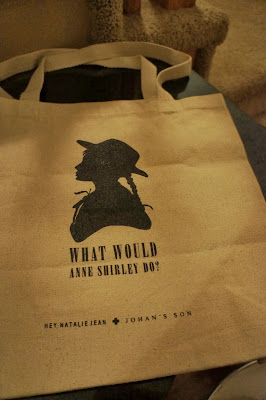 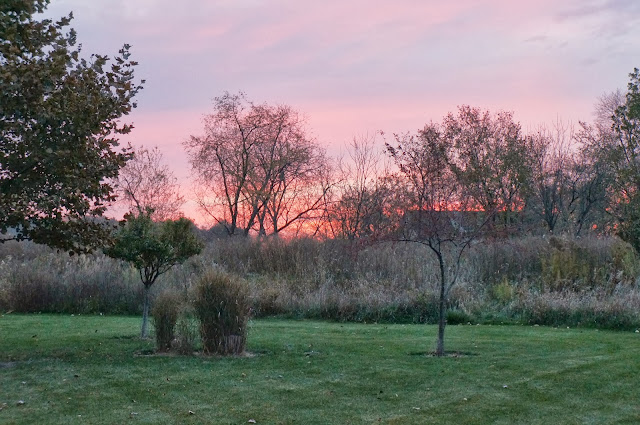 The Red Sox won the World Series! At Fenway Park!
(Isn't it fun to live vicariously through the TV?) 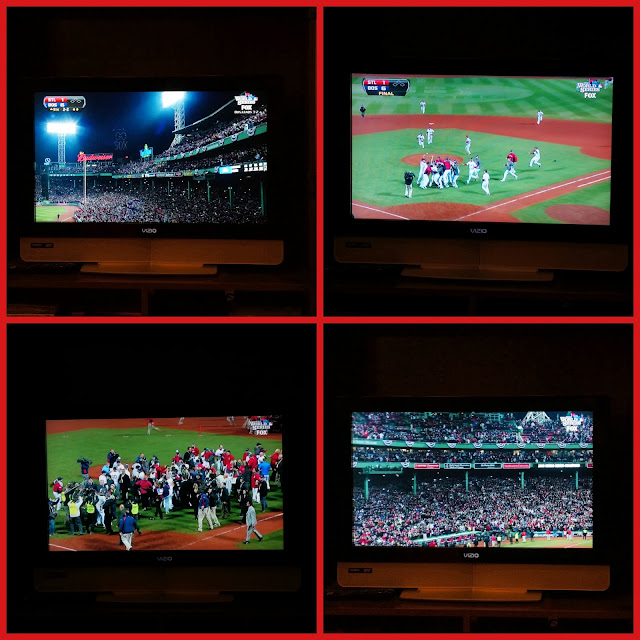 There were plenty of wet, cloudy, blustery days in October, which I loved! 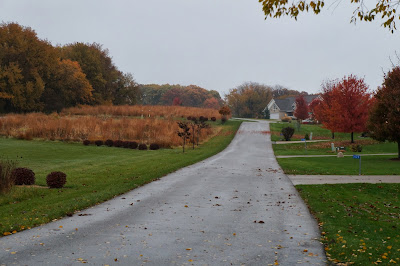 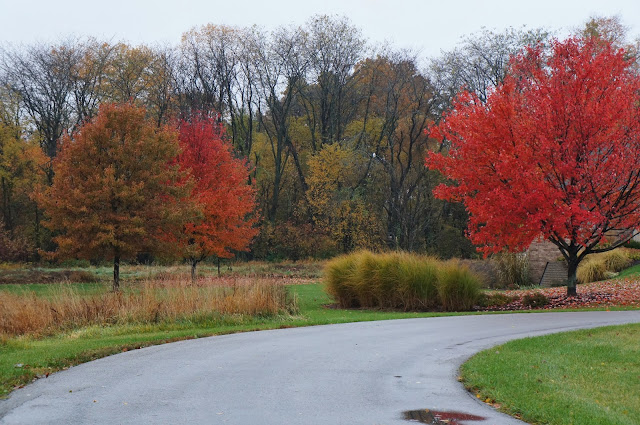 Remember that red tree in my yard in the first foliage picture I posted above? Here it is almost bare a few weeks later (the second tree from the left in the foreground). Thus we see the nature of fall. In the meantime those trees in our next-door neighbor's yard turned a nice full red. So pretty! 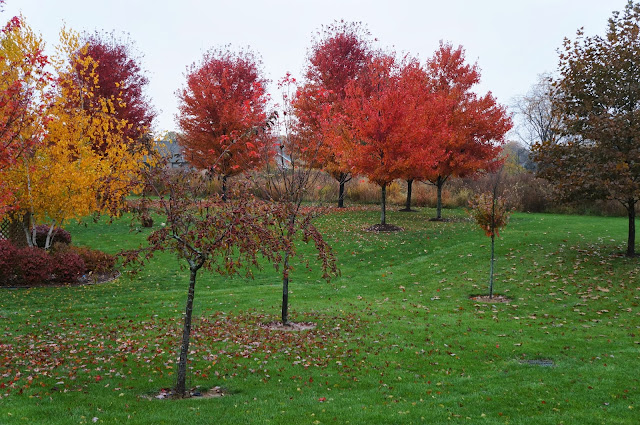 Our front door stoop area. I finally got a festive Halloween wreath for the door, and I was happy that the pot of mums was still at least partially alive for when the trick-or-treaters came. We didn't carve jack o'lanterns this year because Peter was traveling, I didn't feel like doing it, and the kids didn't really bring it up. Maybe next year! 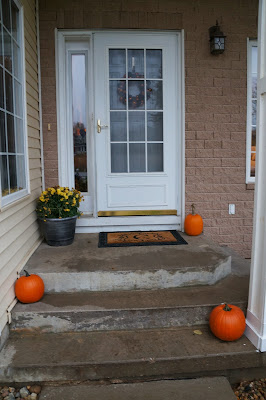 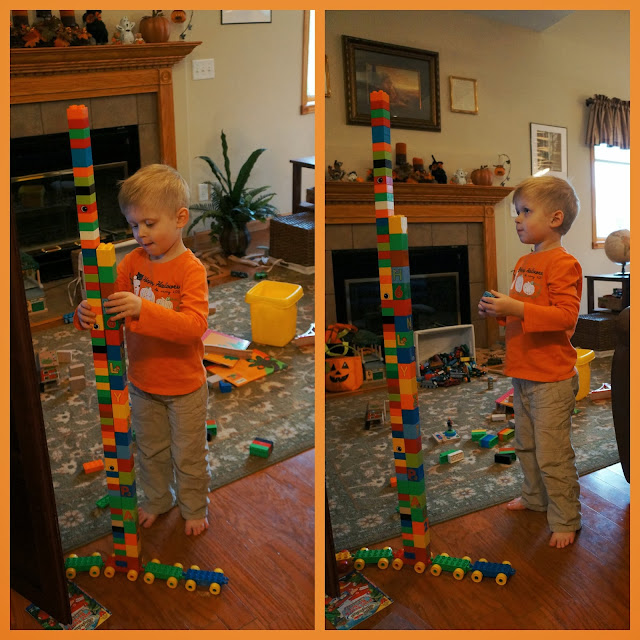 And one last picture of my busy boys, John on the iPad (probably playing Plants vs. Zombies 2) and Sam playing with stickers. 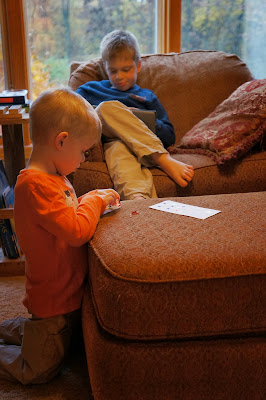 It was a good month to be a homebody!