Ever since we moved to Iowa three years ago we've gone to Bloomsbury Farm each October. This year's trip was notable for two reasons:
1) It was really cold! The weather was windy and overcast, and when those winds whip across farmland with no sun out...brrrr! If we'd known it would be that cold, we would have worn our winter coats, gloves, and hats!
2) The Today Show had been there to film a segment earlier in the week and it aired on national TV the very morning of the day that we were there. Cool! (Literally....brrrr! Ha ha!) I'm happy that the farm had that kind of opportunity for national attention. The owner Karen is a very nice woman and they do such a good job with everything there. Here's a link to an article about it (an article that needs some copyediting, I might add!):
http://hooplanow.com/2013/10/13/bloomsbury-farm-to-appear-on-the-today-show/ 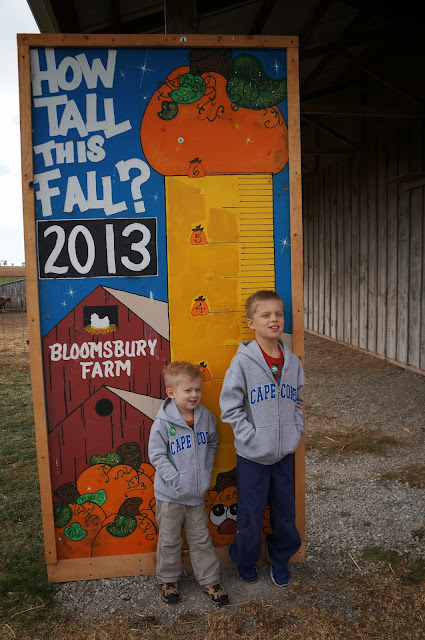 Fun activities abound at the farm! Here are just a few of them...

They had pumpkin bowling, which was something new.
John was really mad that he didn't get a strike (see third picture!). 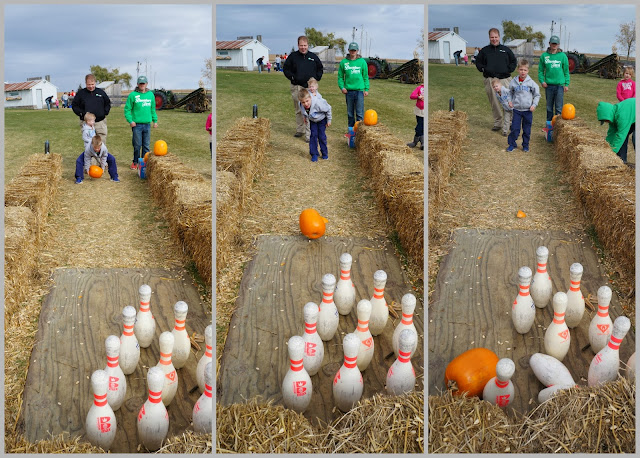 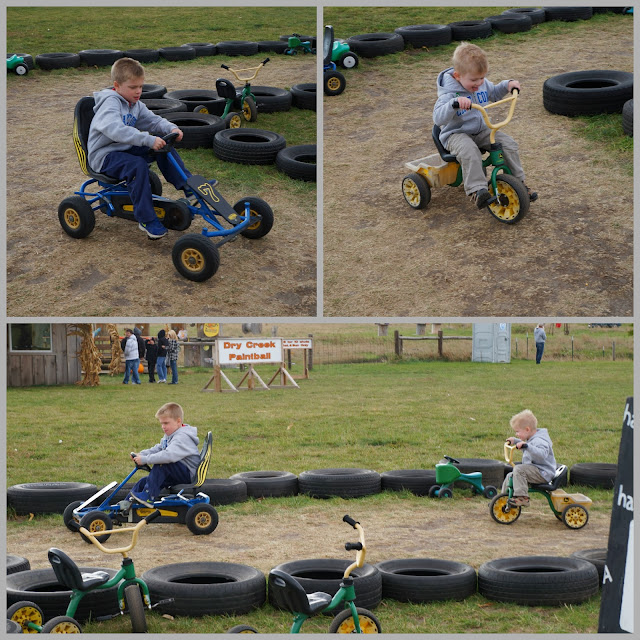 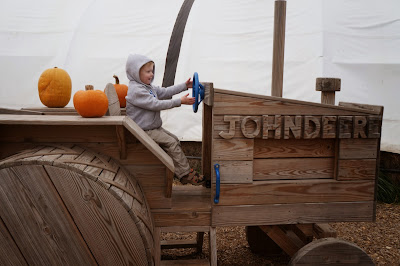 John shot a few pumpkins at the Hawkeye target and he came pretty close to hitting it.
In the picture below, the pumpkin is airborne and sailing through the air toward its target. Good shot! 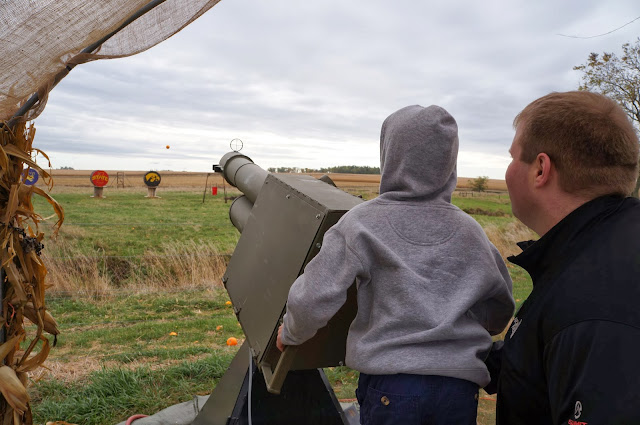 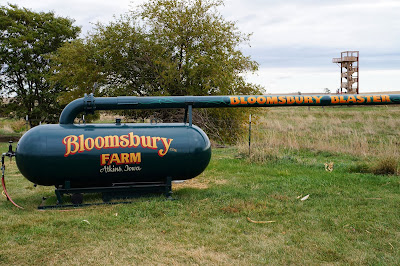 The boys enjoyed being the caboose on this tractor-train ride (especially Sam!). 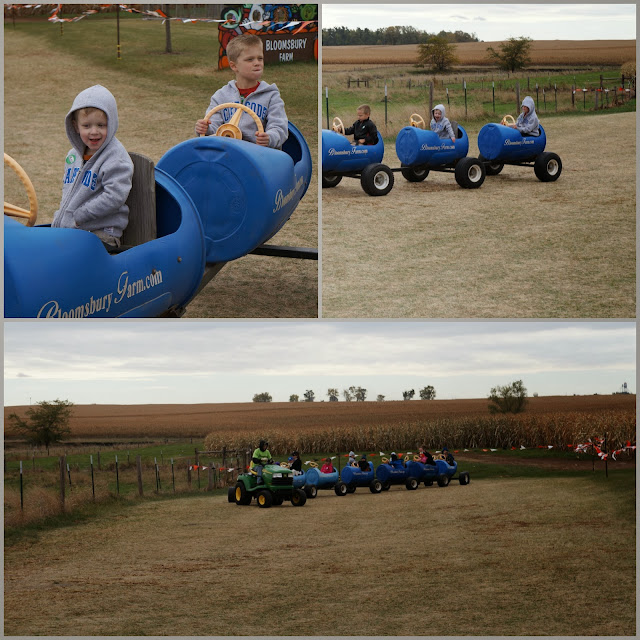 There are two corn mazes at Bloomsbury Farm. One of them is huge, and Peter and John braved it for the first time ever and found their way through it after about 45 minutes. Sam and I were less adventurous and stuck with the smaller kid-friendly maze. As a directionally challenged person who doesn't take kindly to being outsmarted by her husband, that suited me just fine! 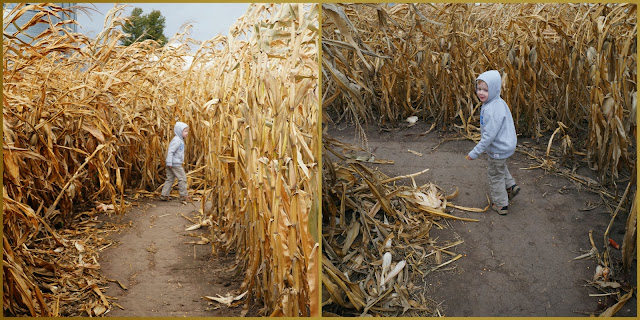 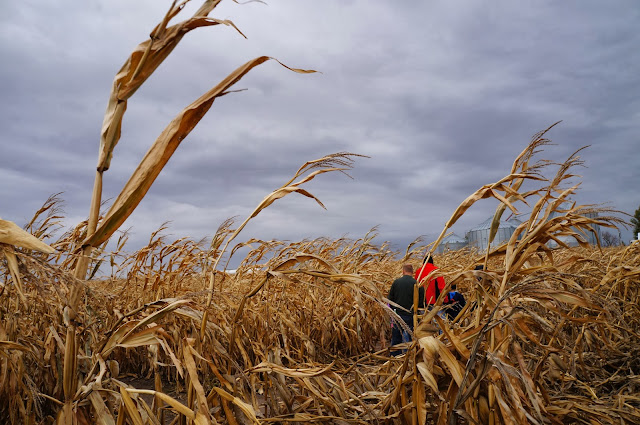 We watched some cute pig races. I liked the owl. Hoot hoot! 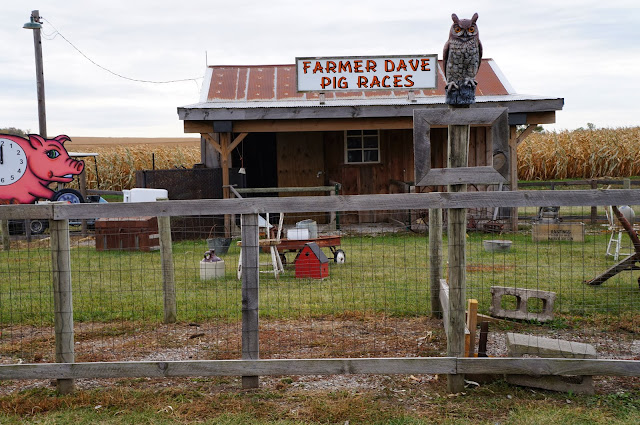 The best picture I got of the pigs racing is this one of the pig's behind jumping over an obstacle. Those pigs are fast! And my fingers were frozen! 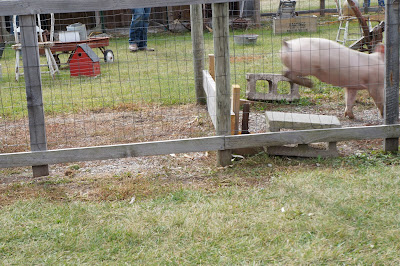 Sam was finally big enough to really enjoy the jumping pillow this year. He loved it! 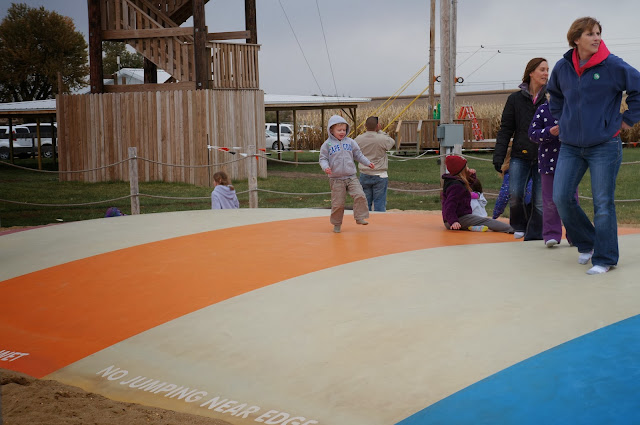 We attempted this, and it came out better than it usually does! 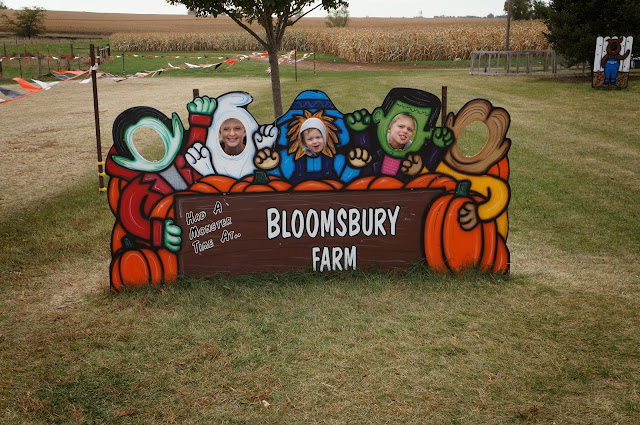 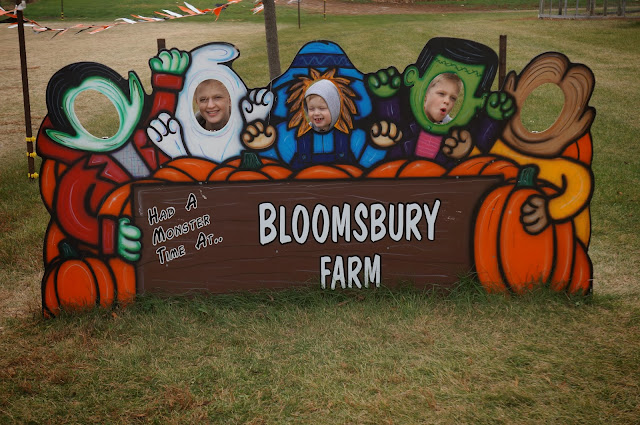 Well, except for this one... 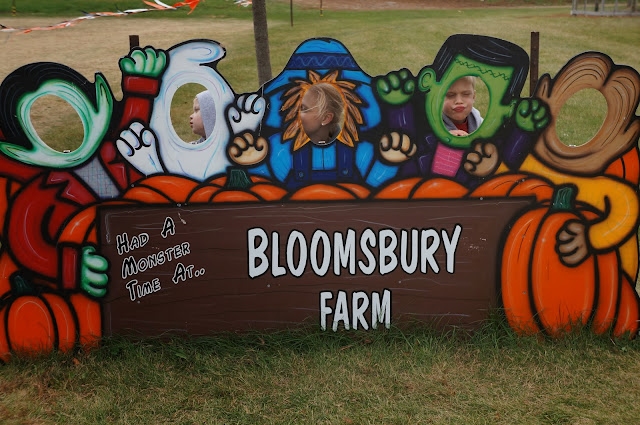 Despite the cold, it was a fun day! I'm glad that this has become one of our annual fall traditions.
We'll be back again next year! 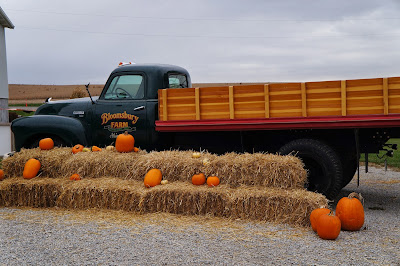