1. We had a lot of fun at Great Wolf Lodge in Wisconsin Dells for Thanksgiving. It was our second time going there and I'm sure we'll return again. I'll do a post about it in the future, but until then here are a few pictures to "tide" you over. (Get it? Tide? Because it's a waterpark. Yeah, I'm a genius.) 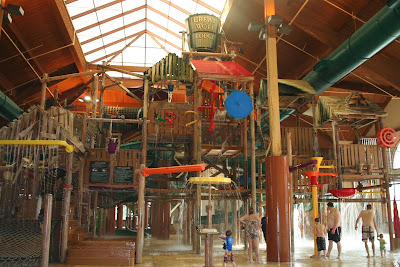 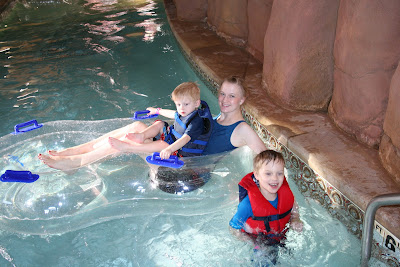 2. My boys have been behaving like possessed little monsters this week. Sam has been way more temperamental (what happened to my sweet, docile toddler!?) and John's moody outbursts have been giving me horrible visions of what life could be like when he's a teenager. And the boys have been fighting each other--actually hitting, wrestling, and pushing one another. Their age difference has prevented that from happening so far, but I guess Sam is big enough now that he feels confident going after John and John has no problem going right back after him. Their behavior got me wondering yesterday if there was a full moon out, and sure enough, there was one. John had a Montessori preschool teacher in Connecticut who was convinced of the full moon's effect on people and especially on children. I need to do more research into it before I really believe that, but for now I'd say there's some pretty good evidence in our household that it might be true! I'd like to think that it's just the full moon. That way this behavior will only be an issue every few weeks rather than an everyday occurrence!
3. Jeff Bezos, the CEO of Amazon, is on the cover of this month's Fortune magazine, which we got in the mail this week. I think he looks like a robot. (Sorry, the image isn't that good. Our scanner isn't working and this is the best I could find online. Believe me, he looks very artificial in the picture!) 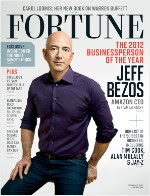 Speaking of robots, from what I've heard he has a tendency to treat Amazon's warehouse employees who do order fulfillment as if they were robots in order to give Amazon one of the competitive edges that it has. I don't like that, and he creeps me out. Nevertheless, I remain a (somewhat reluctant) Amazon shopper, and I just placed an order with them this week. Good job Mr. Bezos. No wonder Fortune named you the Businessperson of the Year.

4. I discovered something wonderful at the store last week. Lindt Peppermint Extra Dark Chocolate Truffles. I can't believe how delicious these are. Satiny and smooth and the perfect combination of dark chocolate and peppermint. I need to go get some more. They're Limited Edition, which is probably for the best. They are sooo good and addictive and I love them! 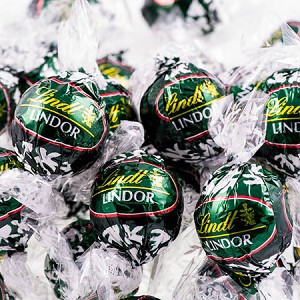 5. I'm happy to report that this month I mostly accomplished my goal of preparing for Christmas early so as to be able to enjoy the season better in December. I "decked the halls" this week, we're getting the tree tomorrow, the cards are designed and ordered (and it's not even December yet! That's a record for me!), and the majority of my shopping is done. Not all of it, but a lot of it. I'm going into December feeling much less overwhelmed than I usually do, and that is a blessing. 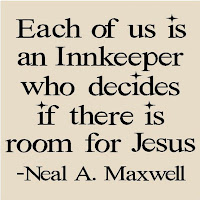 In that vein, this is my last post until January. I'm taking December off from blogging and the blogosphere so that I can have more time to be with my family and do old-fashioned things like read books by the Christmas tree and watch classic Christmas movies and make and do fun holiday things I've seen on Pinterest. I'll be back in January--I have tons of things to write about that I haven't yet. And I plan on finishing my summer posts this winter--they'll help me re-experience the warmth and good times of summer during the cold winter months.

Here are a few things from my Christmas board on Pinterest. I've mentioned before that I really like Pinterest, right? This is our first Christmas together. :-) 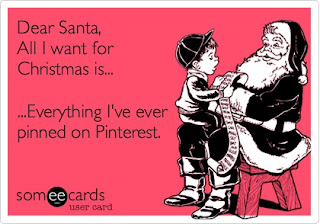 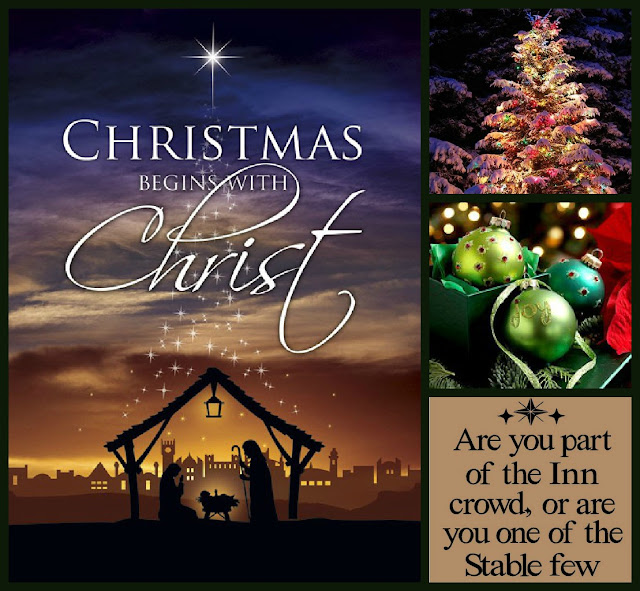 I sincerely wish you the happiest of holidays this wonderful Christmas season! See you in 2013!