Wow, it's been a while since I've hit the "create a new post" button, much less been on my blog! About two months in fact, which is longer than I'd intended. In my last post I said I'd be back in January, and it's the last day of January, so I just barely made it! It was a nice break but I've missed blogging and reading friend's blogs so it's good to be back at it again.

The holidays were nice and the week after Christmas was fun while my mother was visiting. Then after that, 2013 took a quick turn for the worse. I missed my mom. I missed Christmas. I got a killer canker sore that made life pretty miserable for a few days. Just as that started clearing up I got an awful head cold. Add to that the general blah-ness that is January, and 2013 wasn't off to a very good start. But I got over it after a week or so, and with my health restored and my outlook renewed, I've gone on to have a super-productive, good month. This happened last January too: a difficult first ten days or so, followed by a really good twenty days and beyond. I get it out of my system and then I'm fine. So maybe January's not so bad after all.  At least not after the first two weeks. That being said, I'm glad this is the last day of it. It's also my half-birthday today now that I think of it. Happy half-birthday to me!

Well, I guess that's enough about my fascinating psychological self-analysis and random observations. Here are a few of my favorite pictures from the holidays, in which you will see that I love Christmas, Pinterest, and making picture collages on PicMonkey.


We went on a really fun North Pole Express train ride that I've been wanting to get tickets to for the past two years. I hope to do this every year while the boys are young enough to enjoy it. Sam was in train heaven! 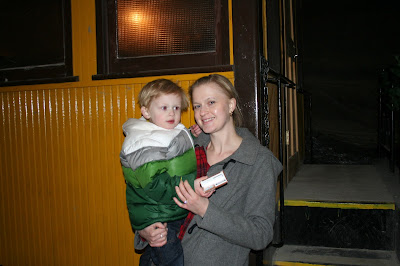 We saw a number of Santas over the holidays, but this one at Bloomsbury Farm was my favorite. It was the first time Sam ever willingly and happily sat on Santa's lap! A special milestone. It was the day after the heartbreaking tragedy at Newtown, Connecticut, so this visit was especially tender. 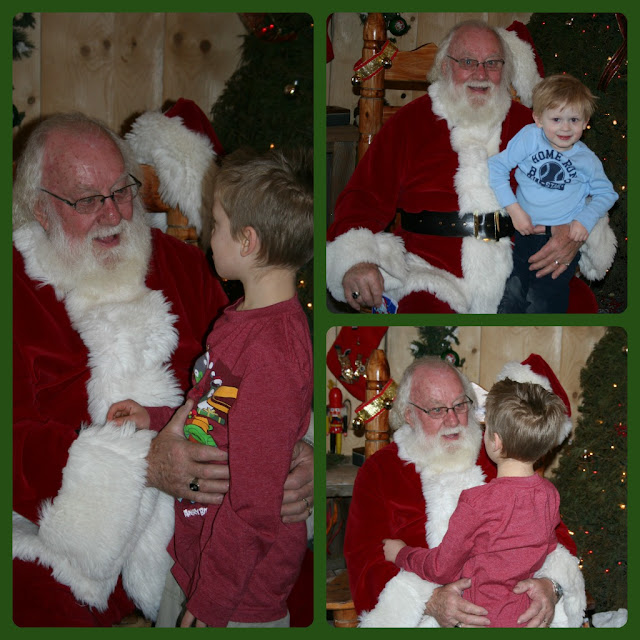 At the Cedar Rapids Nativity Celebration. They do such a good job with this each year. 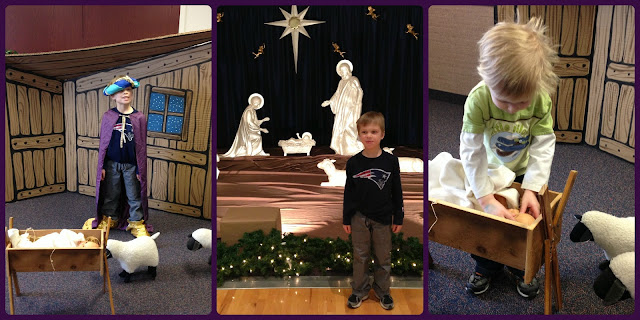 This was one of my greatest accomplishments of the holidays. I made several batches of a special Christmas popcorn mix and put it into gift bags for the kids' teachers, bus drivers, and over thirty of Peter's employees and co-workers. Not only was it festive, but it was nice and tasty too! Thank you Pinterest, for helping me to be better at things like this. If Pinterest ever goes public I think I'll buy some of their stock. 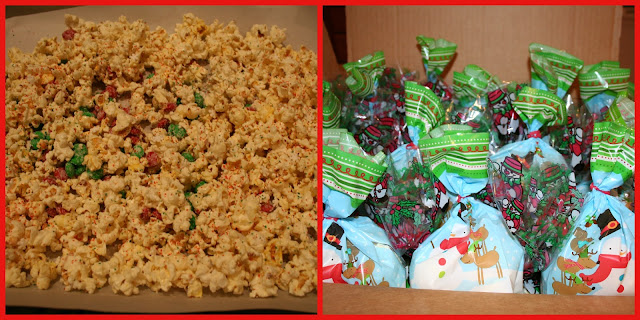 Christmas morning, after opening gifts and after cleaning it all up. Whew! 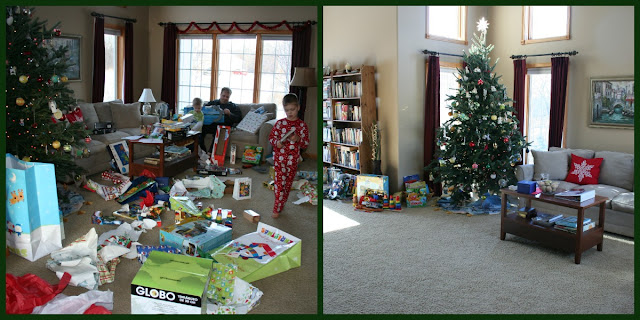 From top left: delicious Christmas breakfast; Boo Boo in his festive jingle bells "necklace"; Sam the chocoholic enjoying a candy bar that was in his stocking; John in the pop-up pirate ship the kids got. 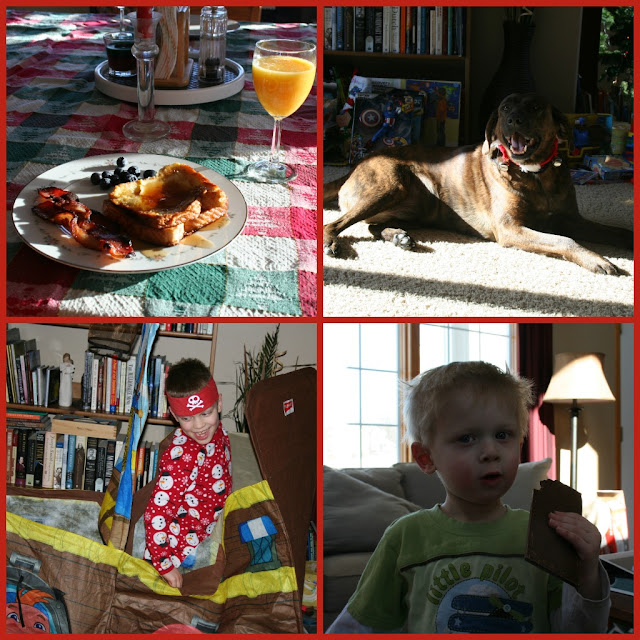 I got Peter a remote-controlled helicopter. It's really cool! Except for when it crash-lands on you. 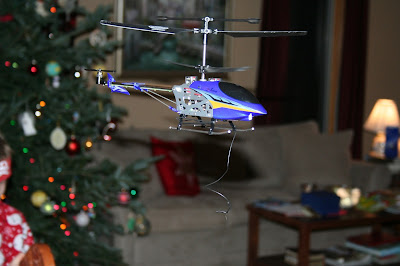 I hope that your holidays were happy and that your new year is off to a good start!