1. Valentine's Day was a mixed bag, at least from a food perspective. On the one hand, I treated myself to a nice lunch by getting seafood chowder that tasted surprisingly authentic (not an easy feat in the landlocked Midwest!) and a dozen dark chocolate covered strawberries which I devoured all that afternoon. They were completely addictive and delicious! On the other hand, I wanted to make heart-shaped pumpkin pancakes for dinner, and they were a total failure. I couldn't figure out how to make the heart molds work and the batter was too runny and I scalded the bottoms of two different frying pans trying to make them, and my kids wouldn't touch the sad stack of non-heart shaped pancakes I brought to the table. EPIC FAIL! I'll have to do something better next year. That shouldn't be too hard!

2. I love my new alarm clock/sound machine! It's the Sound Soother White Noise Machine from The Sharper Image. I got it for Christmas from Peter but I didn't set it up and start using it until last weekend. It has twenty different sounds, which is awesome. It's been so nice to read and go to sleep to the sound of a crackling fire, which I like to picture being in a cozy fireplace in my room. I haven't used the alarm clock yet (my 2-year-old has that covered pretty well), but when I do use it, it will be nice to wake up to the sound of chirping birds or a babbling brook or the ocean waves crashing against the shore near my dream beach house on Cape Cod. Anyway...I love it! 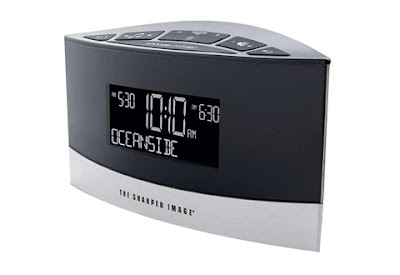 3. I got this adorable new book, When My Baby Dreams by Adele Enersen, that is so cute. I'd read about this woman awhile ago and how she sets up different backgrounds around her cooperative and soundly sleeping baby while she napped. This is a very creative mother! (I would never be able to do this for many reasons, one of them being that naptime is my hallowed time to get things done or just relax. Another reason is that I wouldn't be able to come up with these ideas and props in a million years!)
My favorite is the Bookworm. So cute! 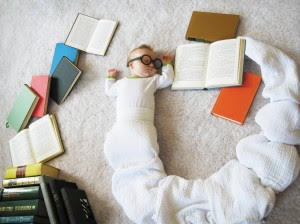 "When my baby dreams of being a little bug...she thinks to herself, 'Today I'll be a bookworm!'"


4. What would this post be without a Downton Abbey mention?
This scene from last week's episode made me happy!

You know what also made me happy? The fact that the episode turned out to be two hours long instead of one! That was an awesome surprise! The final episode of the season is airing this weekend and I'm hoping that it too will be a double feature. And what else would this post be without a link to an article about the show? This is a funny one from The Daily Beast about how PBS has become cool because of Downton. Although as a longtime PBS fan, I take a little bit of offense to that!

5. And of course, I need to mention the other big interest in my life right now, Pinterest! I've been a member of the site for two weeks. I totally love it. It's been increasingly challenging to manage my time with it though, which is why I took so long to join it in the first place. Help! On the bright side, a sophisticated friend of mine from Philadelphia seriously wrote this on my Facebook wall the other day: "Just FYI every time I go on Pinterest I think I wonder what Donna pinned today and if I could I'd repin like 90% of your stuff. " How awesome is that? I may not be able to cook pancakes, but I've got mad Pinterest skills! I pinned a ton of things this week, and here is just one of them. This is such a pretty kitchen! 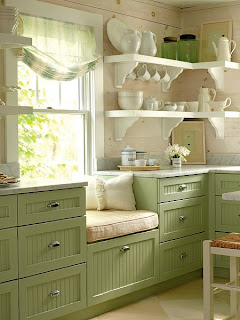 I think there's enough good news in this post to qualify it for a Good News post, so I'm linking up to my friend's blog today.

I hope you had a good week and that you have a great weekend!
Posted by Donna at 7:59 AM