Coming Out of His Shell 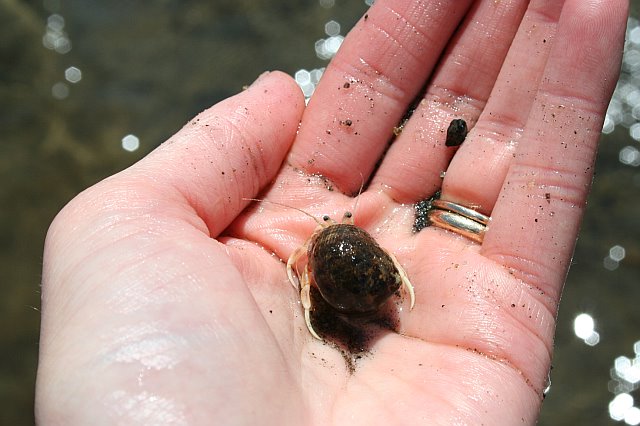 This has to be one of my favorite photos that I took last summer. We were at the beach on Cape Cod, Massachusetts and I was helping my son collect hermit crabs in a bucket (we released them back into the ocean safe and sound after awhile). I was holding this little crab and he peeked out of his shell just as I took the picture. Great timing little guy! You can see his tiny eyes poking out from the top of his shell. Who knew that hermit crabs could actually be cute!?

Next week I'm planning on doing a blog post about the beach where I took this picture. It is one of the best beaches I've ever been to. Because of the tides, my 1-year-old was able to walk out into the ocean for about a quarter of a mile on his own! It was awesome!! Stay tuned!
Posted by Donna at 9:00 AM