A few weeks ago I mentioned that I might have some news to share. I do in fact have news to share, and, without further ado, here it is: We're moving to Iowa. That's right, Iowa!

It's all because my husband got lured away from Prudential, the company for which he's worked for all eight years of his career. He wasn't looking for a new job, but late last summer an executive recruiter contacted him about an attractive opening with another insurance company. It turned out to be "the one" for Peter: a big step up in the areas he's good in with a lot of responsibility and leadership opportunity. This company just happens to be headquartered in Cedar Rapids, Iowa.

This was such a difficult decision to make. There were many factors to consider. I had months to think about it, and I went from "No, absolutely not, NEVER" to "Probably not" to "Hmmm, maybe" to, finally, "Yes." I visited Iowa at the end of December with Peter to see if it was a place I could agree to move to, and I was impressed. It wasn't all flat cornfields like I'd been expecting. In fact, many of the areas that we saw looked a lot like the Northeast, with trees, rivers, hills, a sprawling university campus, and similar shops and buildings to what we have here.

So anyway, there's a lot more I could write about, and I'm sure I'll do that in various posts in the months to come, but that's the scoop. We won't be moving until this summer, thank goodness. I need all the time I can get to get used to the idea of becoming a Midwesterner! 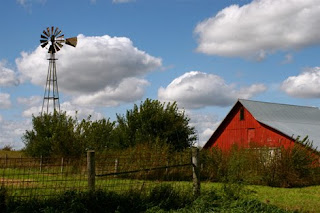