Which One Are You? 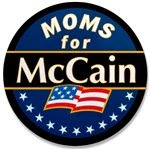 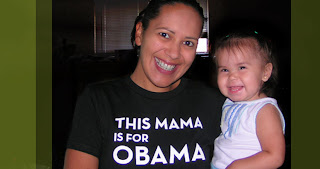 I tried to put to put McCain on the right and Obama on the left since that's where they stand politically, but it wouldn't publish that way. Oh well. I think these are both cute, especially the Obama one, but I personally am not really either of them. I still consider myself a "Momney," if you catch my drift. (For those who don't know, I was a big Romney supporter during the Primaries. I'm originally from the Boston area and kind of know the Romneys from there. They were among the stake youth leaders of my church when I was in high school, and a friend of ours was his Scheduler when he was the Governor of Massachusetts. All of that aside, I'm convinced that Mitt Romney would have been pretty much one of the best Presidents ever for this country. I'm still bit sad that it's not going to happen...yet.)

Anyway, Election Day is two weeks from today(!!!). Do you know who you're going to vote for, or are you still undecided like me? It's looking more and more like Obama will be the next Prez, and I have mixed feelings about this. While I like Obama more as a person, I agree with more of McCain's policies. Which begs the question, should you vote for the person or for the policies? In the past, I would have said vote for the policies, but this year there are so many other factors to be considered.

So I'm continuing to try get as much unbiased information as I can from a variety of sources because I want to cast an informed, thoughtful vote. I know that in the grand scheme of things my vote doesn't really matter, especially since I don't live in a swing state (Connecticut will surely go Democratic), but it matters to me. Maybe I'll just end up writing in Romney's name like I originally planned to do. If I can't come to a decision between Obama and McCain than that is probably what I'll do on Election Day. You can't argue with the fact that a vote you give a lot of thought to has to count for something in some way, no matter who wins or who's even on the ballot!
Posted by Donna at 7:30 PM