Here was Sam on his last first day of camp at the Cape Cod Museum of Natural History. 😭 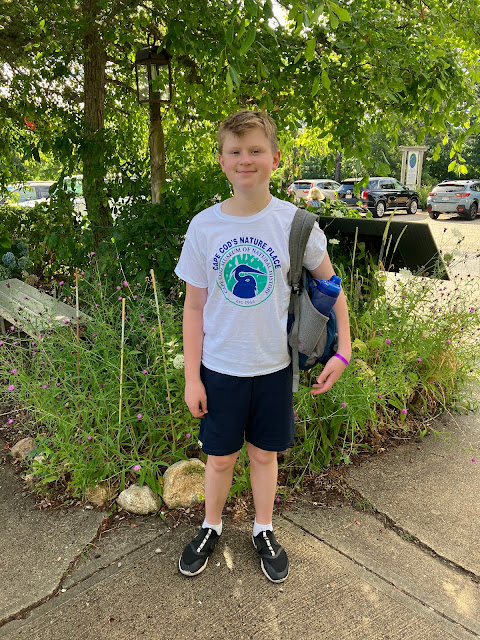 This camp has been a part of his life since preschool. It's a good one, and I'll miss it. After this summer he's aged out. Although he can come back next year as a junior volunteer, which I hope to convince him to do! 🤞
At the Inflatable Park, though you'd never know it from the background. They continued to work on renovations this summer. 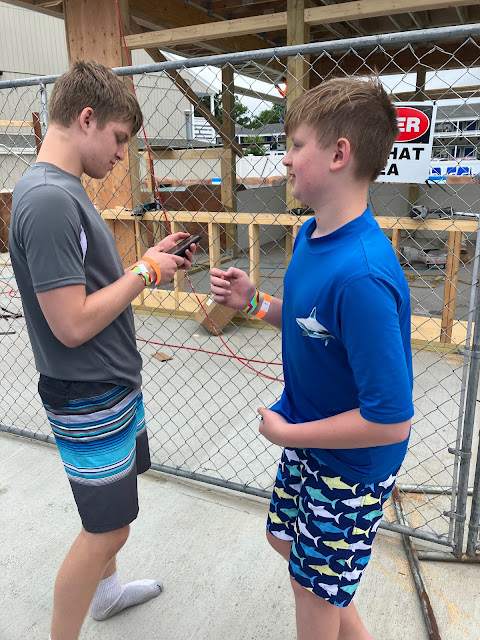 I've been wanting to get a headboard for the upstairs queen bed at the Cape house for awhile. I found a good one at the consignment store and was going to get it, but when I returned the next day to do so, it had been sold! I should have moved faster on it! 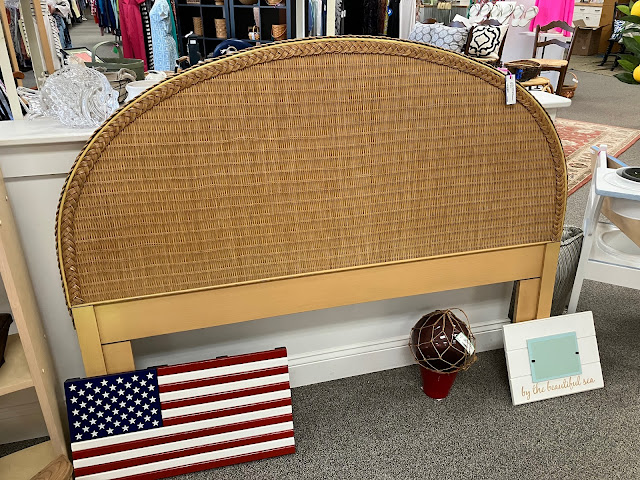 Summer on the Cape wouldn't be complete without a dinner at Lobster Boat! I like their lobster roll. I mean, lobstah roll. 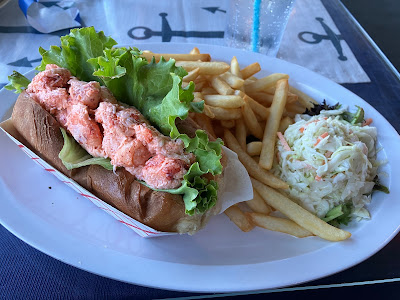 Here's Sam at the playground at the lake beach we like to go to. He and John have played on this playground over the years for over a decade. 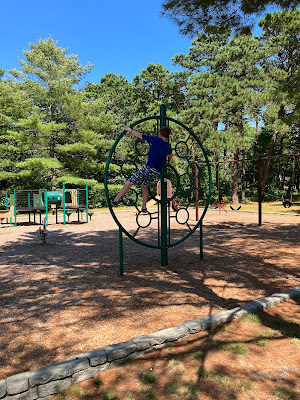 In fact, I was very pregnant with Sam when we took John here to play thirteen years ago. Look at him now! 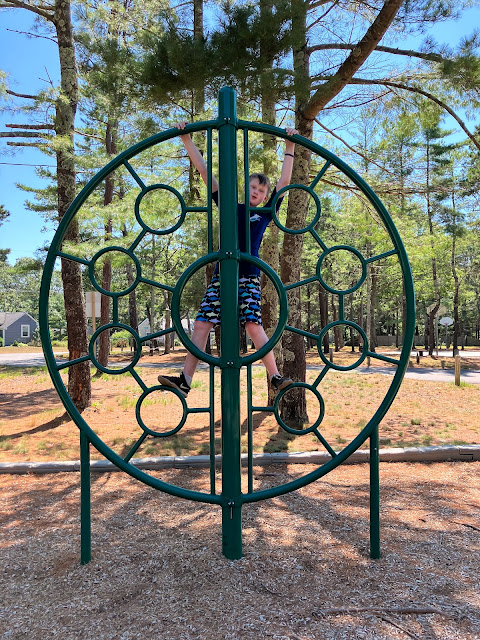 Getting gas at a pretty gas station near the house. It's true, gas stations can be pretty when they want to be! 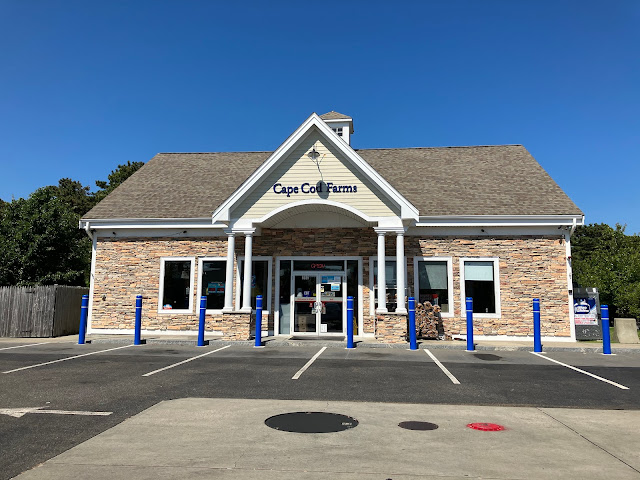 Some shells and flowers I collected that week. Sam gave me the little bunch of flowers. 💜 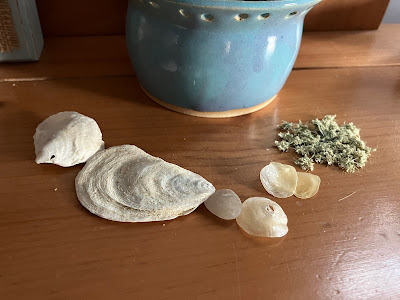 The walk to/from the beach 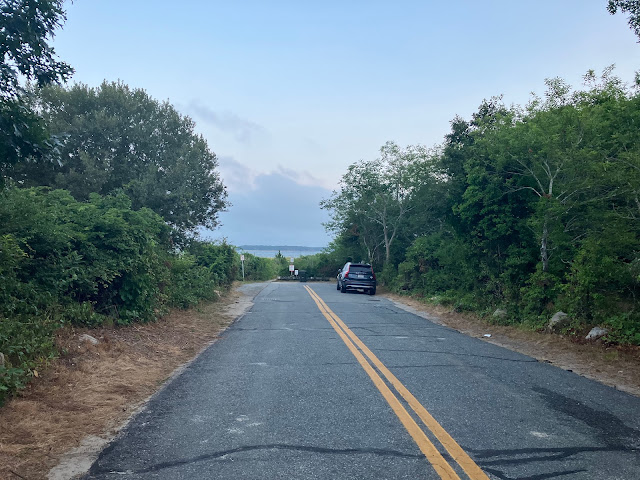 Walking on trails behind the Museum of Natural History that lead out to the sea. 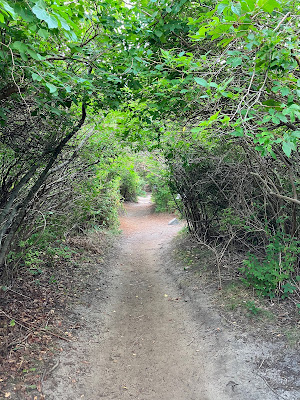 It was another good summer on the Cape of two separate weeks, the first being the first week of July for the 4th and the second being the first week of August for my birthday. It was our 18th summer in a row going to the Cape, and in spite of my belief that the world is probably going to fall apart 😕, I hope there will be many more to follow! 💙
Posted by Donna at 8:20 AM