March is a big birthday month in my family because there are three of them and they're all close together. Elizabeth and Rocco both have theirs on the fifth, and John's is three days later on the eighth. So we do the sensible thing and have a party for all of them together. 🥳🎉🥳🎉🥳

The opening of the presents by the birthday trio... 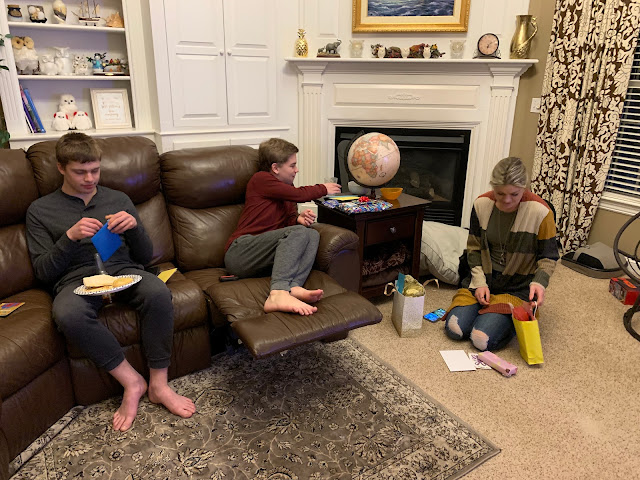 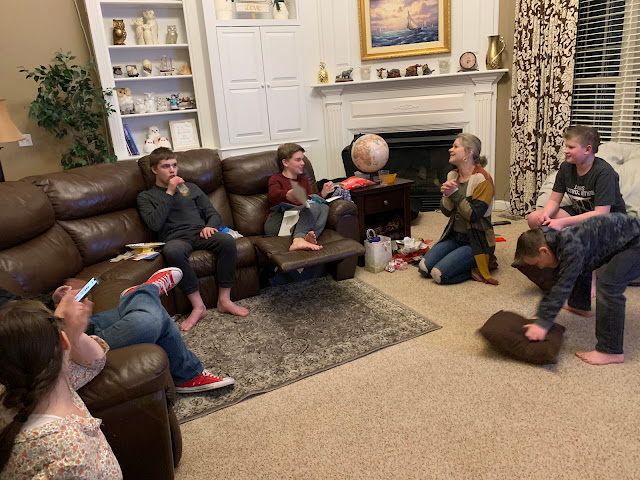 The lady at the bakery spelled John's name wrong, which was kind of annoying (it's not a hard name to spell!) but instead of complaining I chose to see it for what it is--kind of funny and not a big deal. At least the cake was good! Just not the spelling. 😆 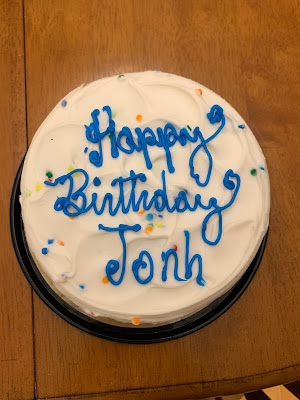 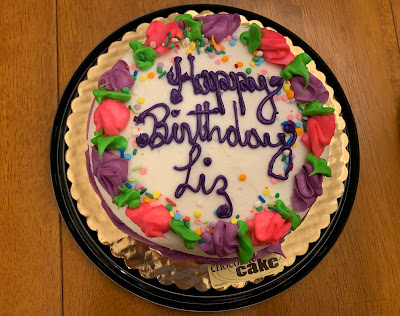 This ghost cake was so cool, and it was delicious! It was a donut cake. 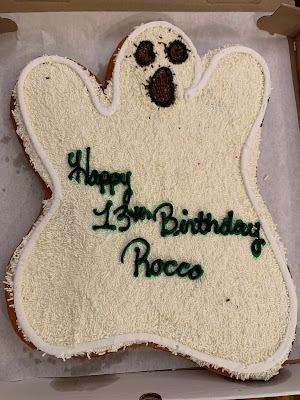 It was a ghost because Rocco likes ghosts and ghost-hunting, and his big present was an overnight stay at the very haunted Lizzie Borden house. (I'll be writing about that fun and memorable experience tomorrow!) 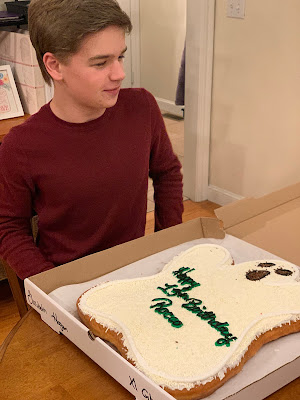 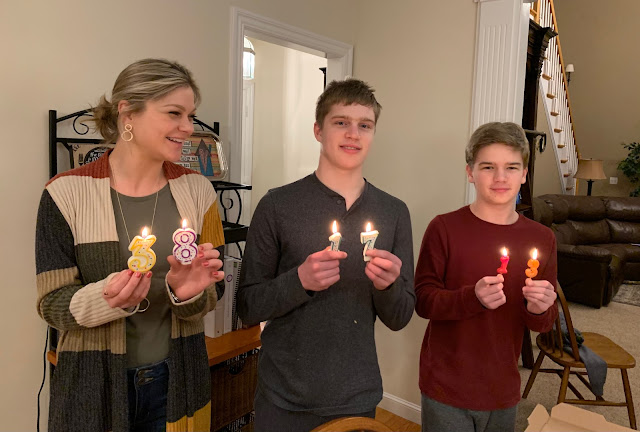 John's big presents from me were a new bathrobe and a bag for wrestling with his initials embroidered on it. His team calls him "J.C." so that's why I chose his initials over his name. 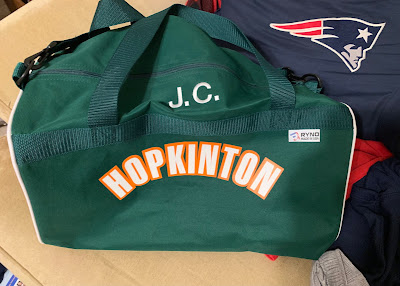 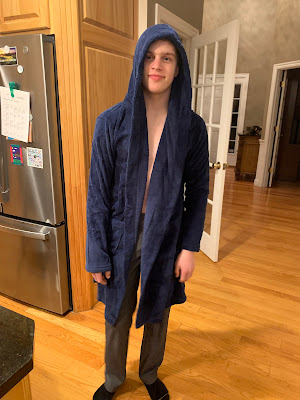 Chillin' in the new b-robe 😆 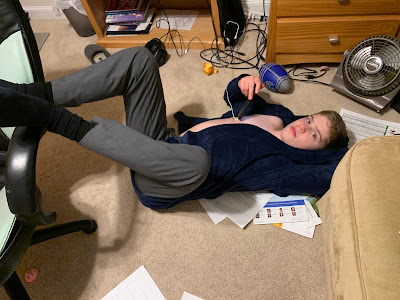 I can't believe that John is 17 now. My little boy really has grown up. I intend to enjoy this last year before he becomes a legal adult. 😲 There will be lots of belting out of "You are 17, going on 18" sung in the voice of Rolf from The Sound of Music. 😁 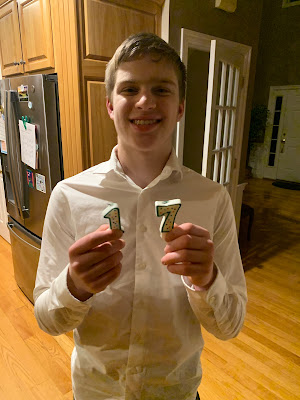 This was his birthday gift from seminary. It's a verse from Exodus because they're studying the Old Testament this year. I enjoyed this gift 😆--I hadn't had Honey Smacks in a long time! 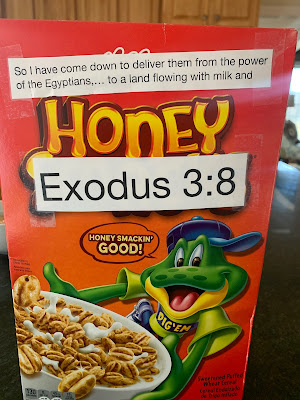 Not to be forgotten was my little man Sam! His half-birthday was on March 20th, and we celebrated with half of a cake (we ate the other half too 😄). It's fun to remember and celebrate half-birthdays! 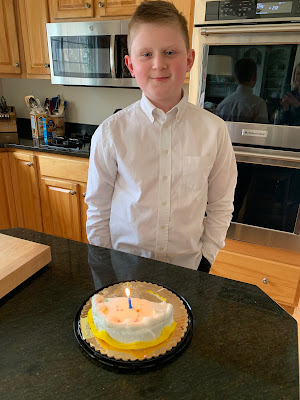 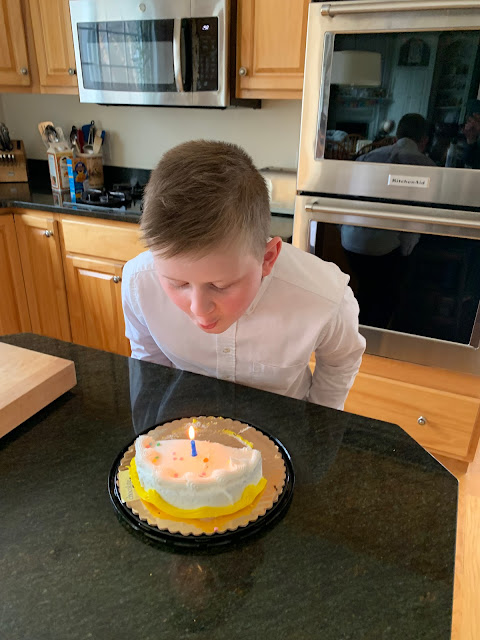 Six more months until he's officially a teenager! Actually, at the time of this writing, it's four more months! 😱
Posted by Donna at 12:27 PM