In November I got a new washing machine and dryer, but I did so a little reluctantly. I don't usually like to replace things until they're truly done and broken (it must be the thrifty New Englander in me), and even though the washer and dryer weren't broken, I decided after some convincing from family that it was a good time to replace them. They were old--I'm not sure how old because they came with the house--but they were definitely old. They still worked, although I don't think the washer had too much life left in it. I'd had a repairman out for it in the past and the drum was off-balance so it was really loud during the spin cycle. The dryer wasn't always great at drying clothes in a timely manner, but it wasn't a big problem. So I could have gone on longer with them, but there were also the supply chain problems and so many things being on backorder. I didn't want to be without a washer and/or dryer for a long time if one or both of them did bite the dust. The final nail in the coffin was the impending divorce and the fact that my funds will probably be a lot tighter in the future. Now is the time to get things like this. So, time for a new washer and dryer! 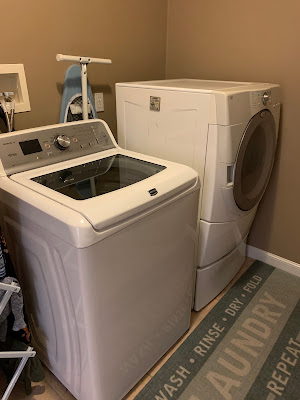 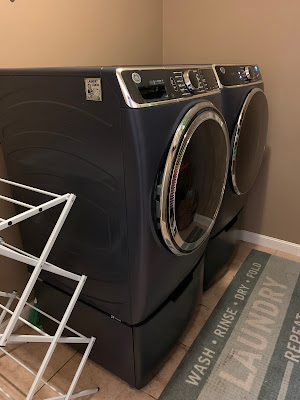 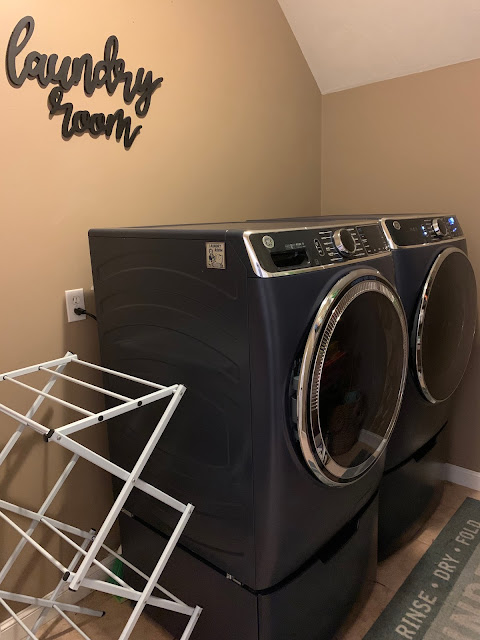 The new washer and dryer work great and are very fast and have a lot of cool settings and features (most of which I don't use 😄). They're bigger and bulkier and darker than the old white ones, which I don't love (even though I picked the navy color because navy blue is one of my favorite colors), but overall I'm very happy with them and I'm glad that I bought them when I did. All of the appliances in the house have now been replaced, and that's a good feeling. {If only the windows, kitchen cabinets, and bathrooms were as easy to replace as the appliances! 😭 I'll just continue to ignore those for as long as I can! 😅}
Posted by Donna at 4:09 PM