In June John had wrestling meets and a regional ninja competition. The wrestling meets were unusual since the high school wrestling season is normally held in the winter, but because of Covid, this year it was in the late spring. It was a modified season, but I'm so glad they were able to have one. It was much better than nothing! Plus they got to have some outdoor meets, which would never happen in the winter.

This was the high school's first-ever outdoor wrestling meet, held on the baseball field, under the lights (when it got dark out). It was really fun! 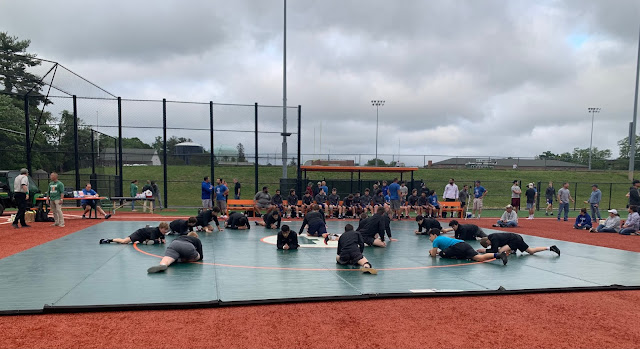 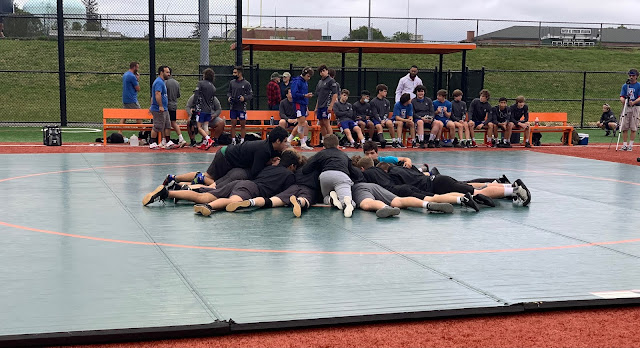 John wrestled a girl. She was good, but John did better and won. (Phew!) I really admire girls who wrestle. I admire guys who have the bravery and strength to wrestle too, but to be female and go out there against a guy--that takes a lot of guts!

(Good close-up pictures to come in a future post, taken by the woman in the corner in the black jacket in the picture above. She was the mother of one of the team captains.)

It was also unusual to have a regional ninja competition in June because those are also usually held in the winter, but again, Covid. John did well, but he didn't advance to Nationals (which we were all fine with).
John was the first one to go in his heat. The guy in the green shirt below him was on NBC's American Ninja Warrior this season, and he did really well on it. He and John used to be teammates at John's old ninja gym. 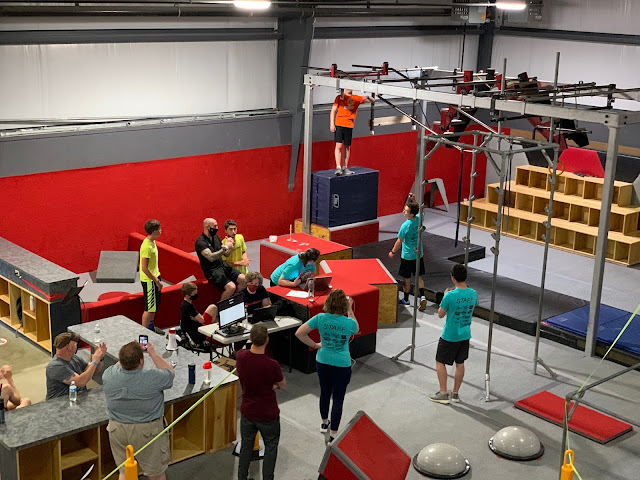 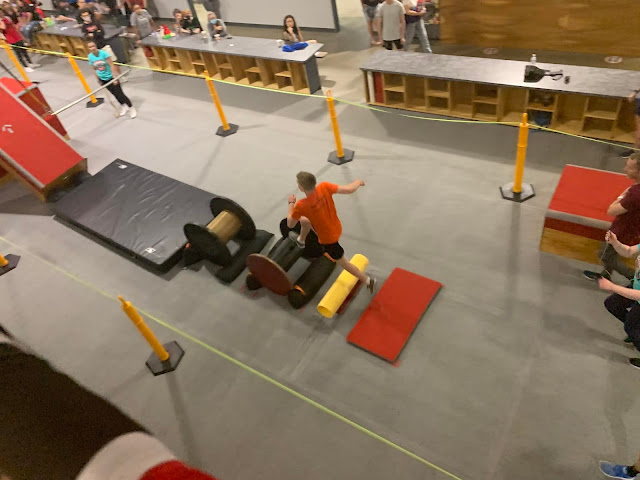 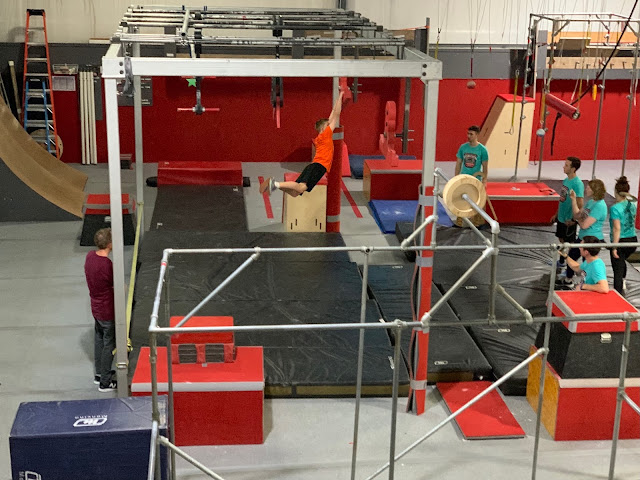 Another outdoor wrestling meet, this one on the basketball court.
Warming up before the meet. Can you see John? Hint, he's on the left side. 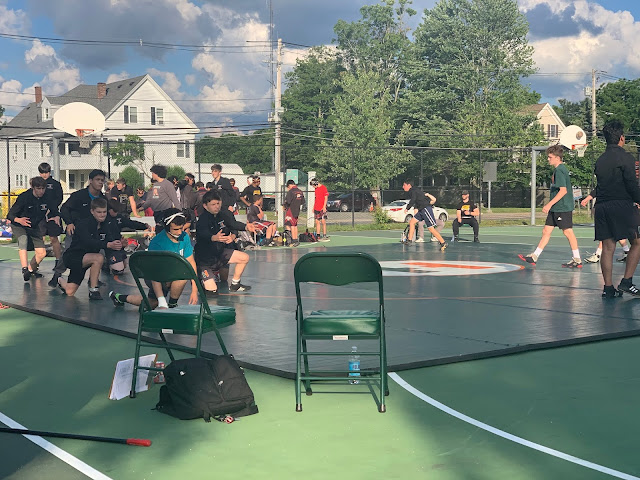 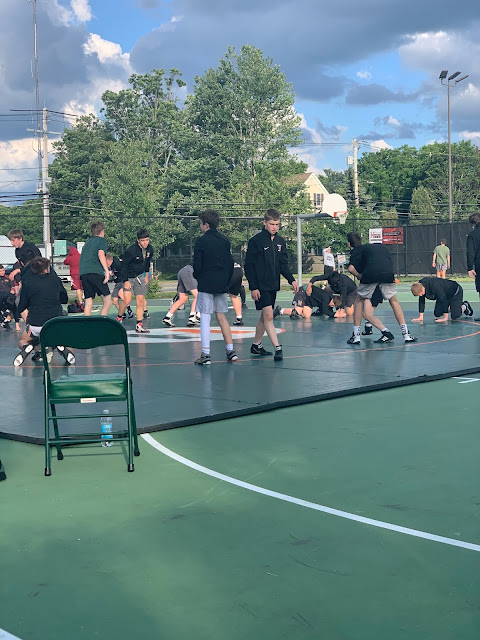 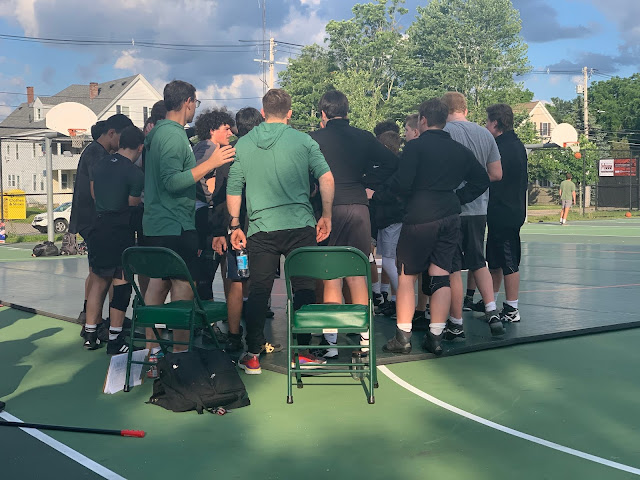 And an indoor meet to wrap up the season (which they lost badly--the team they wrestled was really good, plus two out of three of the team captains were out with injuries).
That's John on the end of the row. 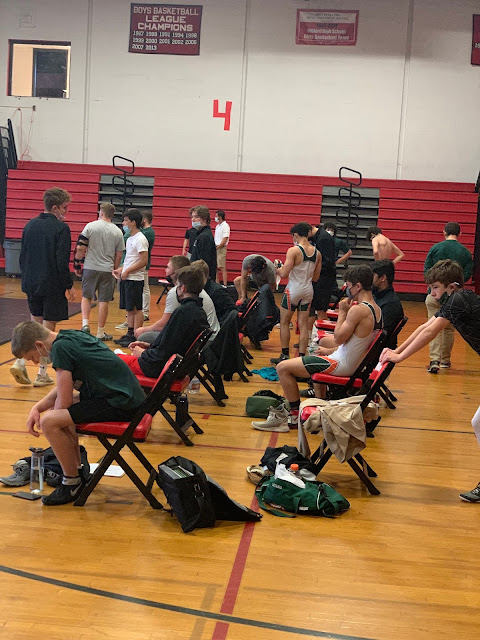 The guys posing behind John are the team captains. They were all graduating seniors. 😢 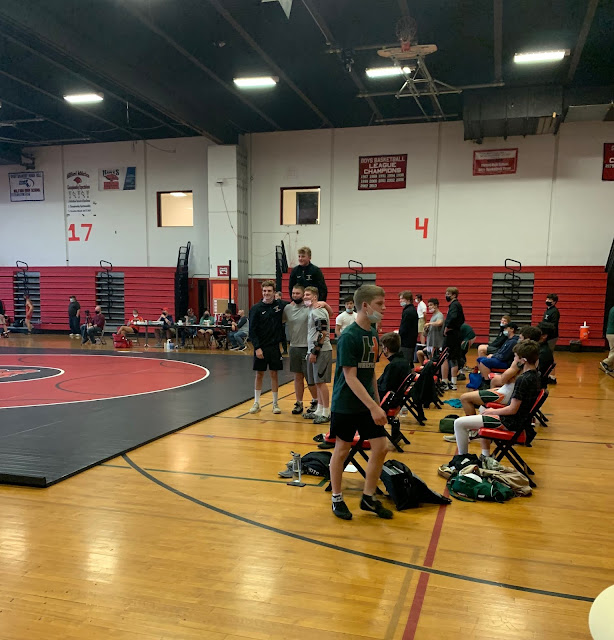 Getting his headgear on... 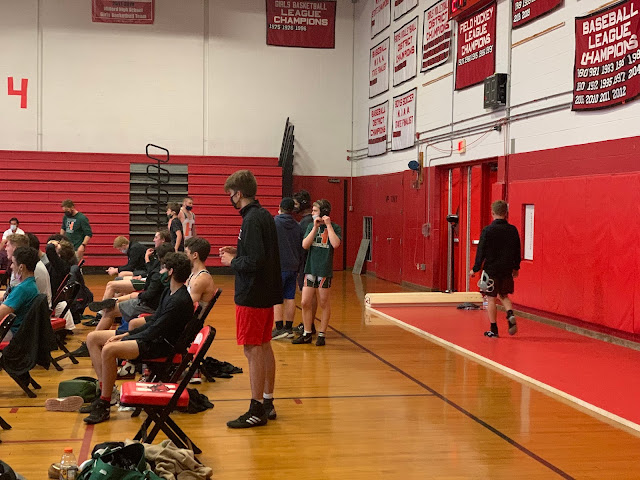 John and his friend Adam are two of the smallest guys on the team. So cute! LOL 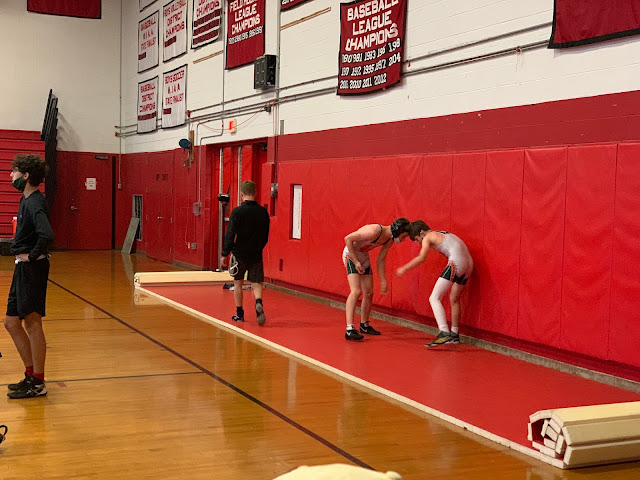 Out on the mat, ready for his match to begin 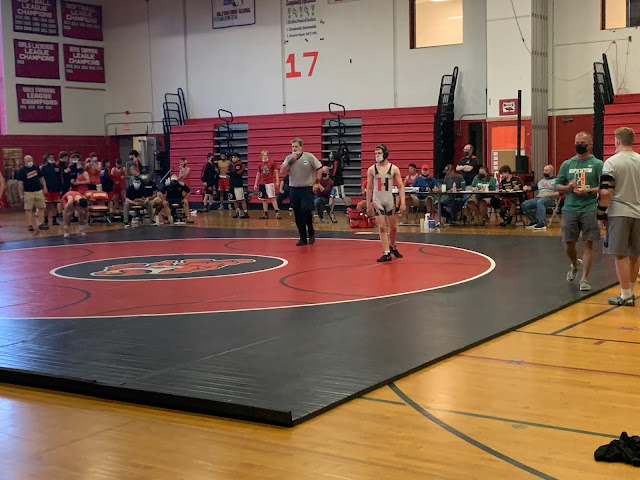 John lost this match but he did well and didn't get pinned and made his opponent work for the victory. He definitely made progress over the course of the season. 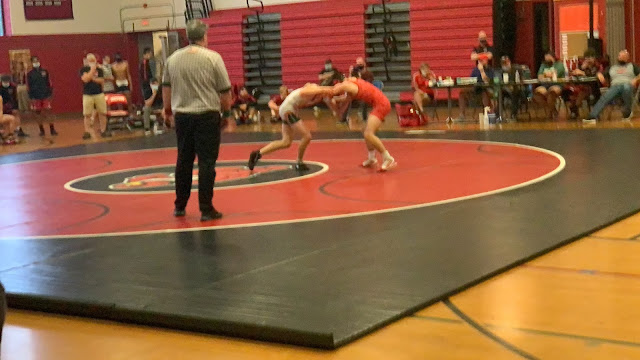 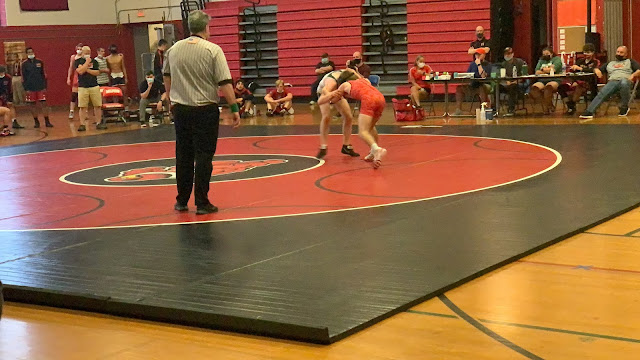 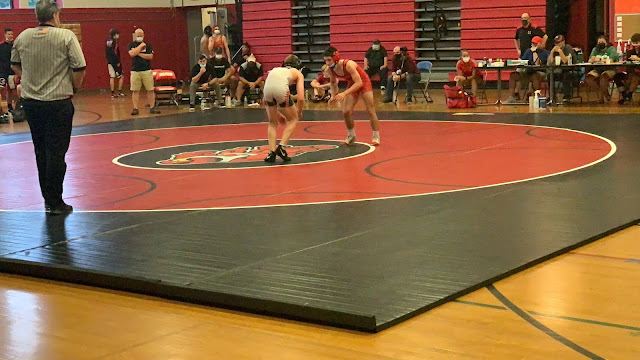 It was a busy month of sports for us! Especially for John. 😄
Posted by Donna at 10:25 AM