The Pool is Cool

The pool really is literally cool sometimes, especially in June as the weather is warming up before I turn on the heat pump too much. The water gets warmer as the weather does and then it's really nice to have the pool to play in (higher electric bills notwithstanding!).

On a nice afternoon I sat poolside reading the paper and watching Sam as he played around, wanting an audience, which I gladly gave him. It had been a very long fall, winter, and spring, so it was good to be able to swim and relax (and in my case, spectate) again. 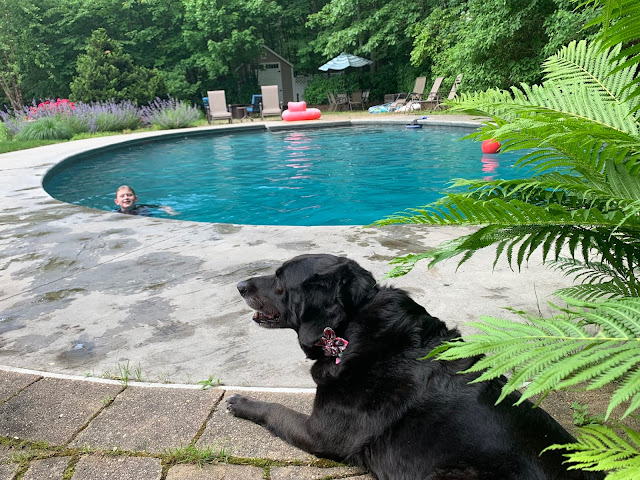 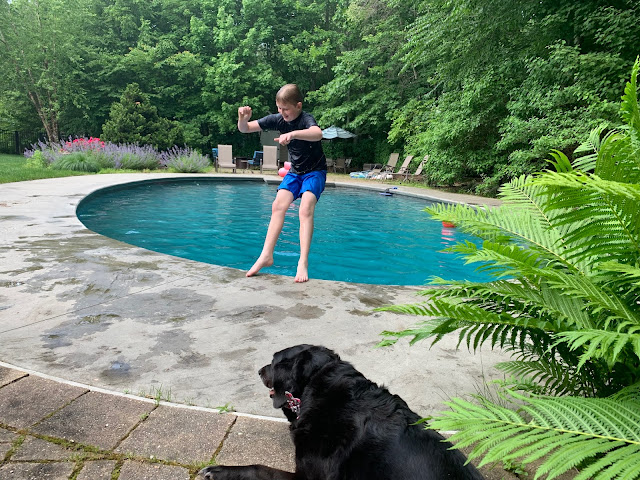 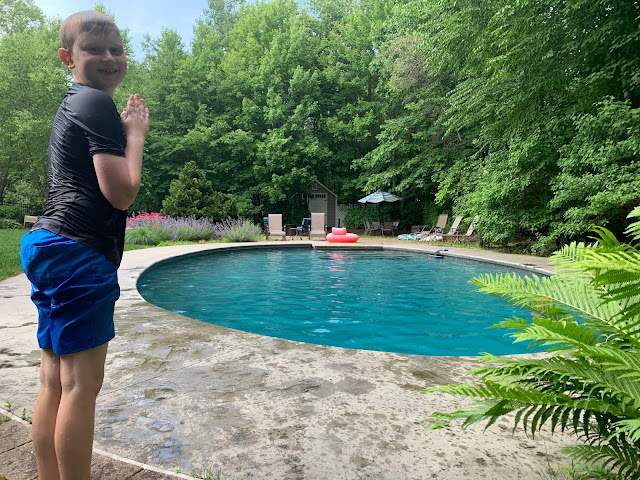 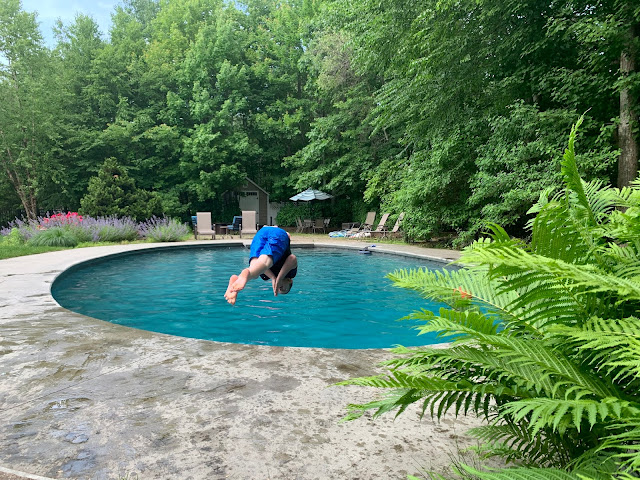 He was in a silly mood, as you can see 😄 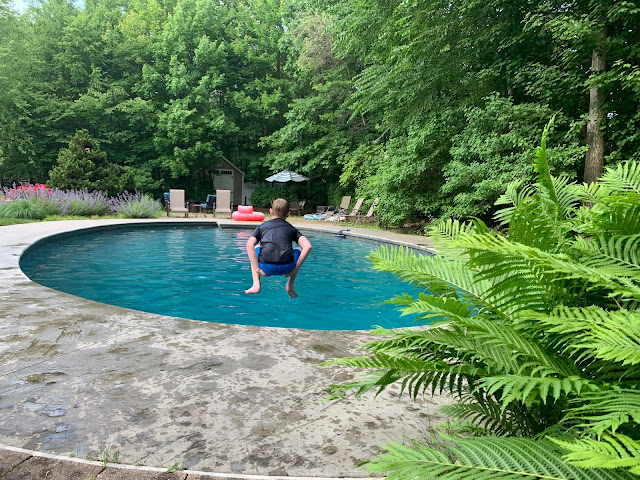 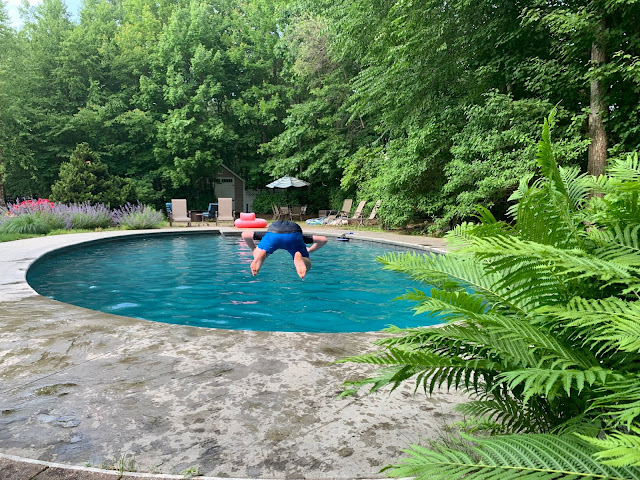 Another good dive shot capture. He looks like he's suspended in air over the water! 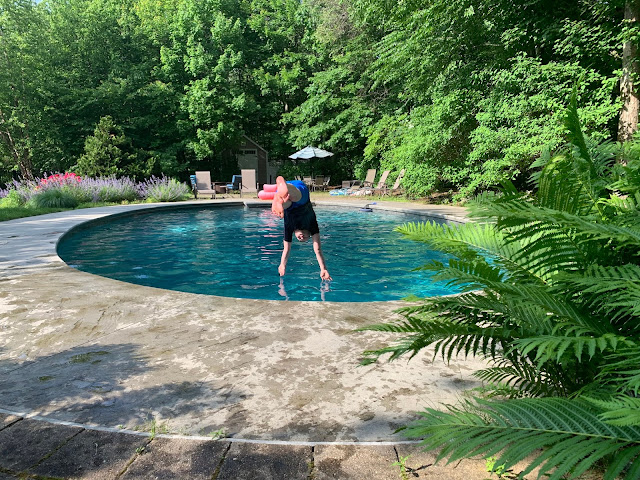 Sam had been having a hard time with everything going on in our family and at school, so it was really good to see him being like his old self again. That's one of the reasons I took so many pictures that day. And that alone makes having the diversion of a pool totally worth it. 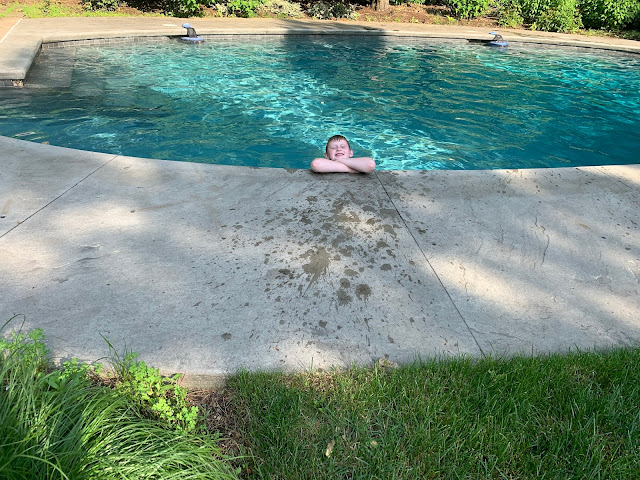 Another day, this time with Sam, John, Rocco, Shane (cousins), and Adam (uncle). And an overturned whale float (which unsurprisingly did not survive the summer). 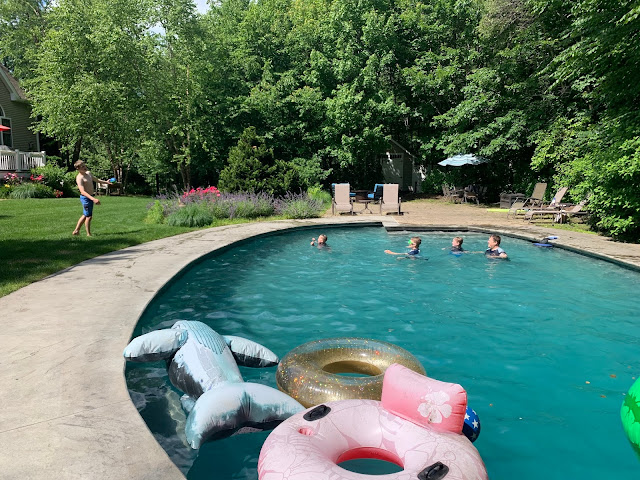 Another day, playing with Rocco and Shane. As you can see the pool deck is drenched pretty much all the way around. Boys! 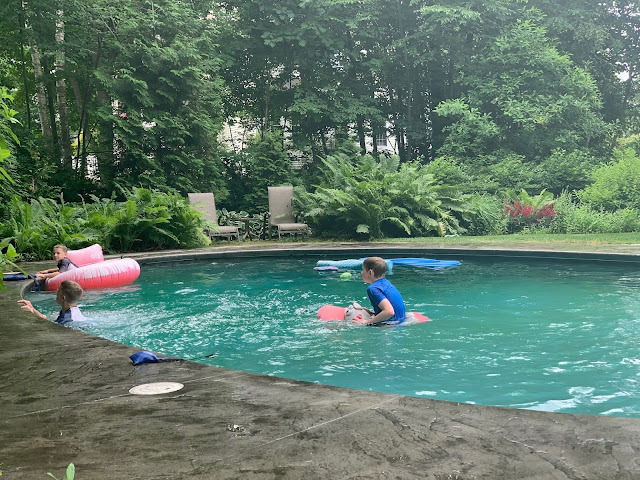