After all, boys "wanna have fun" just as much as girls do. And there's much fun to be had, especially with four boys that are made up of two sets of brothers. 💙💙💙💙 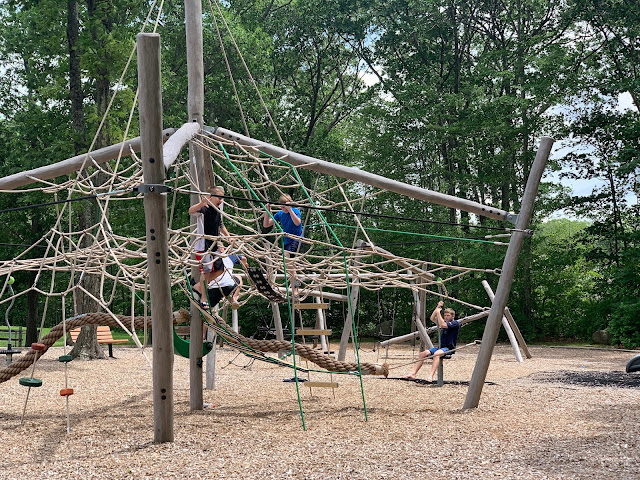 I tried not to get nauseated while watching them play on this spinny thing. 🤮 But eventually I had to take a break and go sit down on a bench. 😆 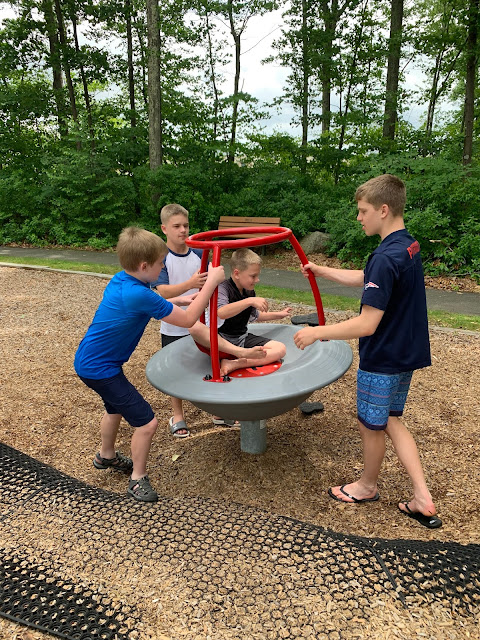 John spun Rocco and Sam around SO FAST! 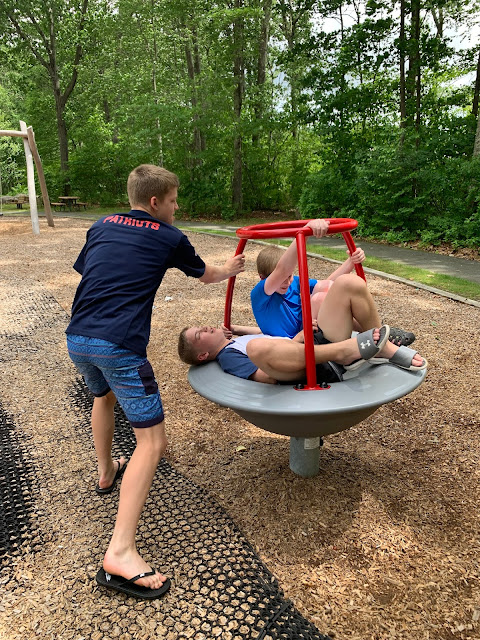 I think Rocco had finally had enough. He cried "uncle." Ha ha. 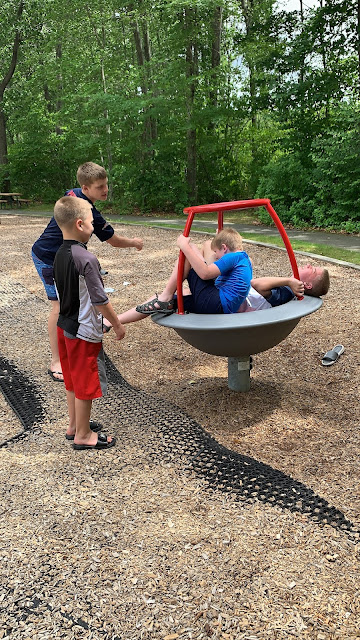 Mister Muscles is a good spinner. Maybe a little too good! 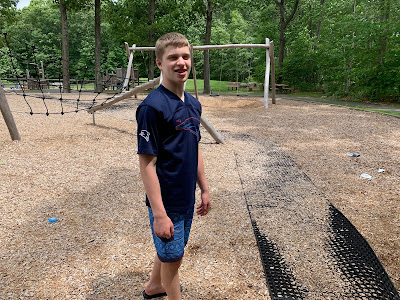 Somehow the three of them all fit. Barely. 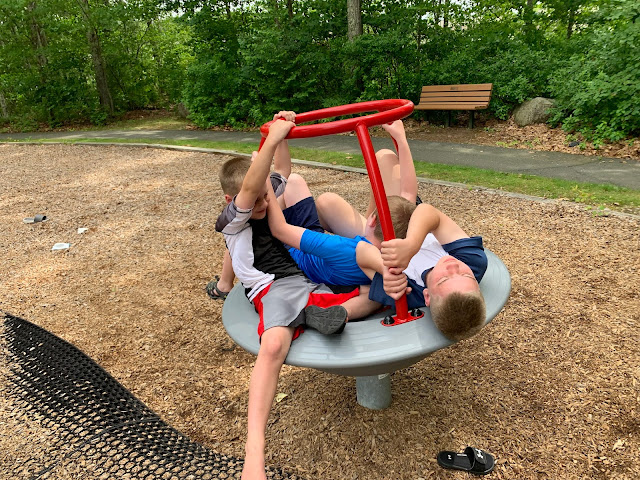 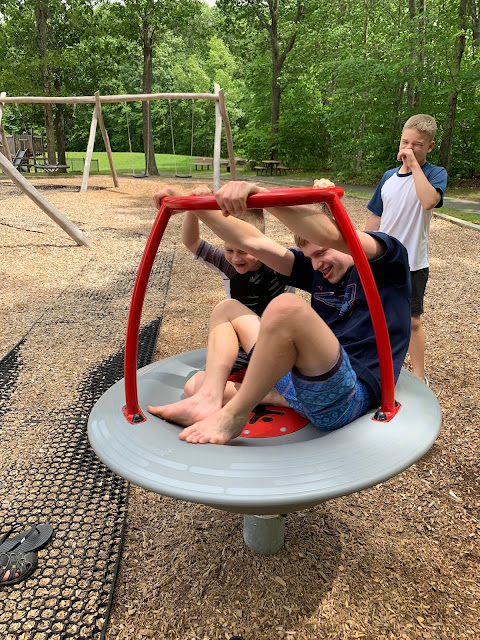 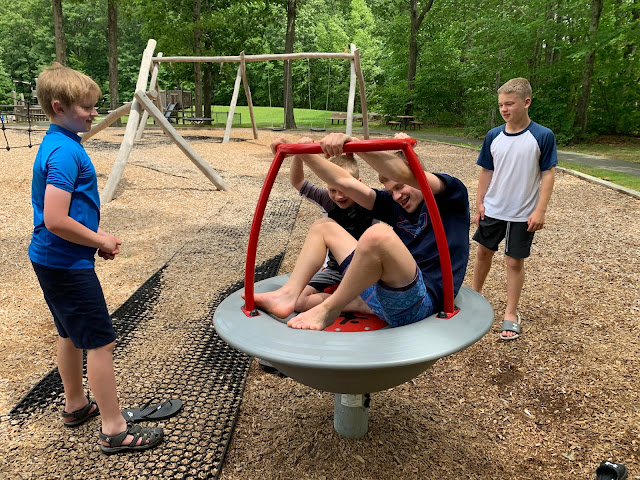 The joys of boys! After the playground we went out for ice cream, and before (and after) they swam in the pool. It was indeed a fun day together!
Posted by Donna at 11:26 AM