One of John's secret talents is that he plays the trombone and he's pretty good at it. He started learning it in fifth or sixth grade, and he's continued to do it through middle school and high school. I want both of my children to be able to play an instrument because I think it has a lot of benefits, so I'm happy that he's stuck with it. He'll continue to play for the school band through his last two years of high school, and who knows, maybe into college.

I've really missed going to his band concerts during Covid since they haven't been happening. But finally, he had an outdoor concert in May on the high school football field. Hooray!

He's in there somewhere! 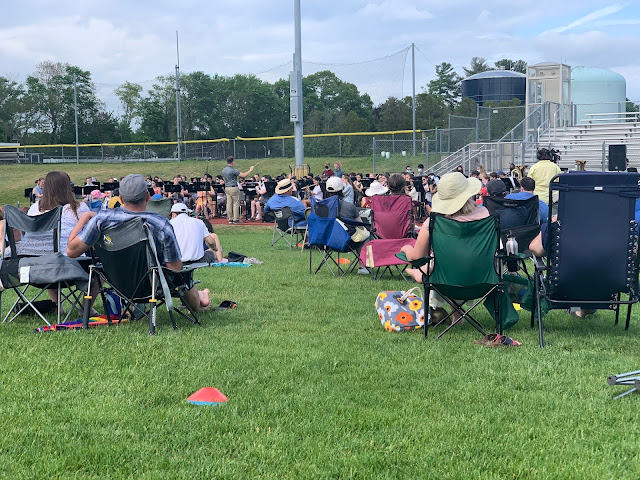 Ominous clouds were rolling in towards the end of the concert. It started pouring soon after it was done as we were walking back to our cars. Not bad timing if it had to rain that afternoon. It would've been awful if it happened during the concert! 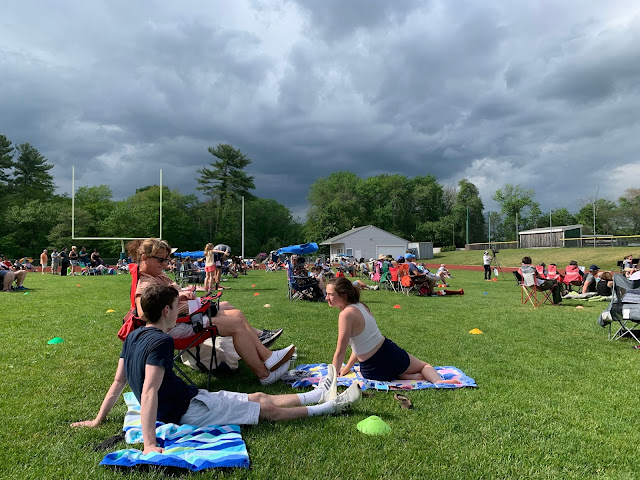 I really like the band teacher, Mr. Hay. He's such a nice guy with a great sense of humor and the kids (and parents) really like him. 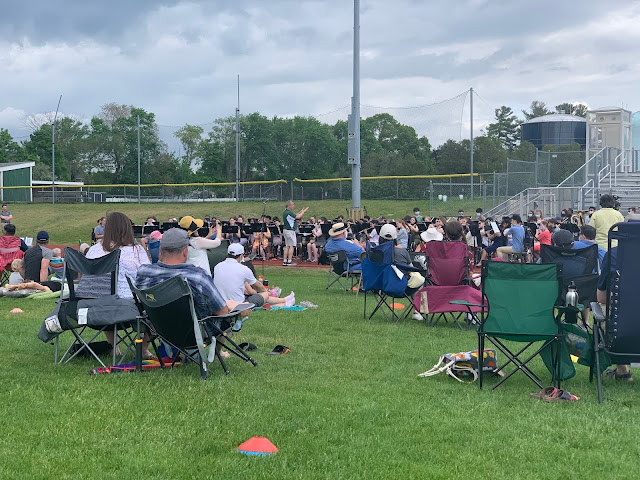 Relaxing to the music 😴🎜🎝 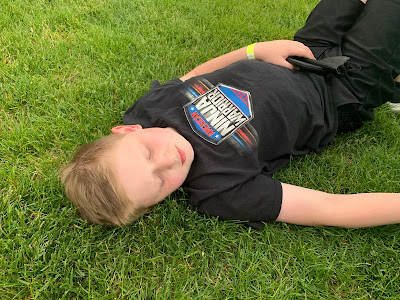 There was another outdoor concert two weeks later at the town common for Memorial Day. This one was smaller but John was in it. My patriotic heart swelled with pride to watch him play the national anthem that I love. I'm not being sarcastic; it really did!
Do you see him? Hint--look for gray camo. 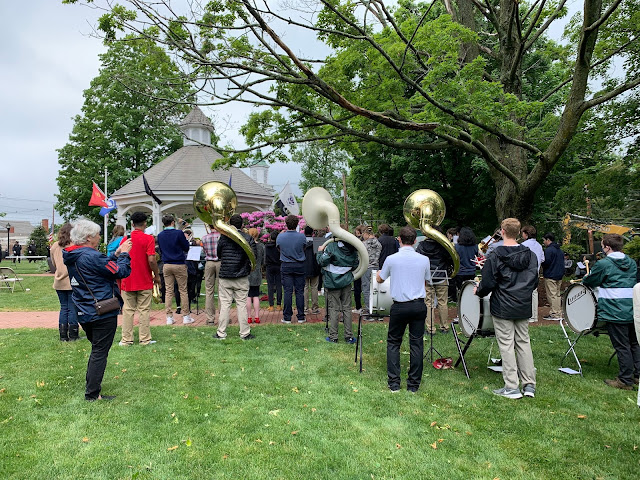 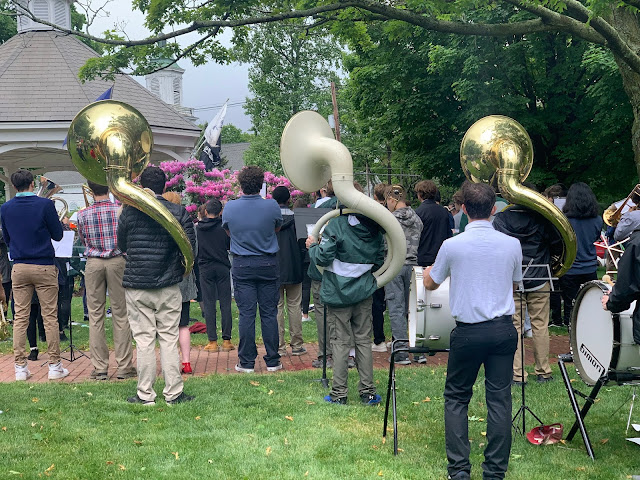 I hope there will be the usual lineup of concerts this school year, especially the winter one in December. I really enjoyed that one when he was in 9th grade. Of course there wasn't one in 10th grade because of Covid. Fingers crossed for 11th (and 12th!) grade! 🤞
Posted by Donna at 12:35 PM