Some of my friends and I did a fun interactive mystery scavenger hunt game in Worcester on a sunny, warm Saturday in May. It was through CluedUpp and it was really fun. I'd never done one before and I'd love to do it again, maybe in Boston. It was fun to come up with a team name and costumes. We finally settled on being "The Pinkerton Posse" with an Old Western sort of a theme, in keeping with the Pinkertons. I think we looked cute, but most importantly, we solved the mystery in pretty good time! Not winning time--and it turns out my brother Nate was there doing it with his team and they beat our time by quite a bit!--but still not bad!

We met at Shelley's house (she's in the middle) before driving to Worcester together. She has chickens and the chicken house turned out to be a great backdrop for some group pictures. 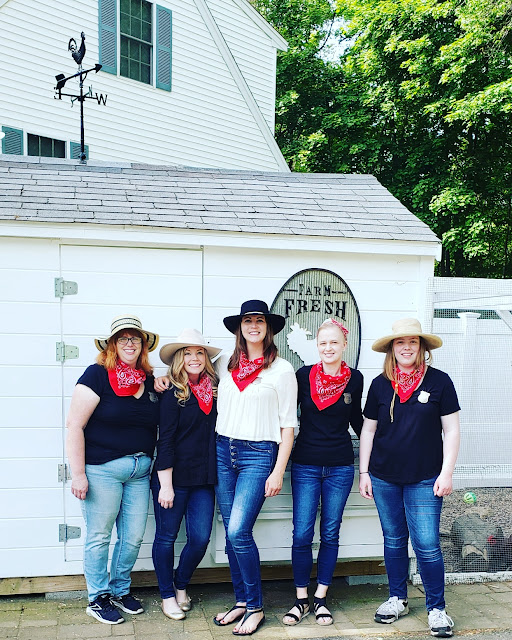 Meredith, Shelley, and I held chickens for one of the pictures. Marjorie and her daughter Elizabeth are not animal fans (neither is Meredith) so they said no to the chicken-holding opportunity, but I enjoyed it! 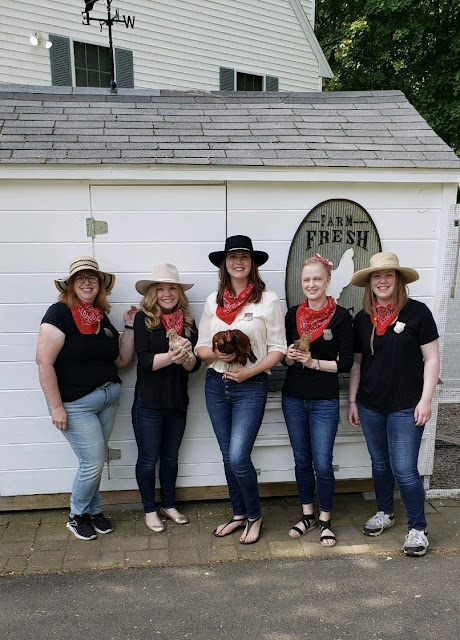 We started out at this beautiful building and then made our way around the surrounding streets, following clues and making deductions through information on the app. 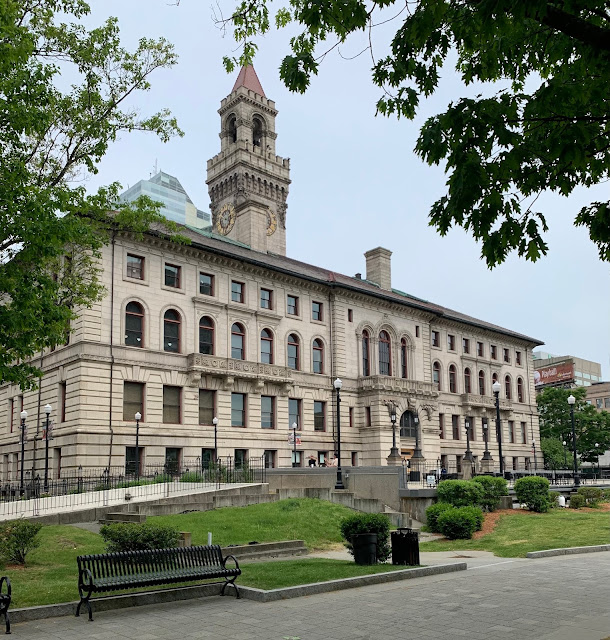 I don't do hats, but I had a cute bandana-style headband that was perfect. 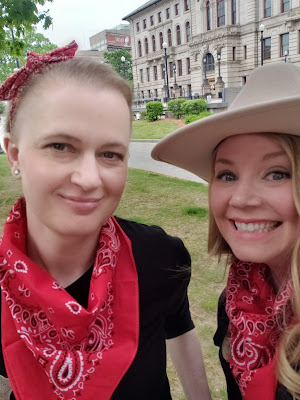 An accidental shot I got of the side of my fanny pack. I'm liking fanny packs more and more all of the time. 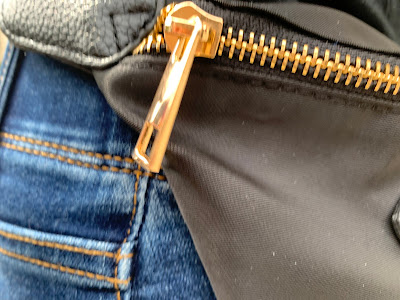 I'm pretty sure this car must have been a prop for the game. It was too perfectly placed! 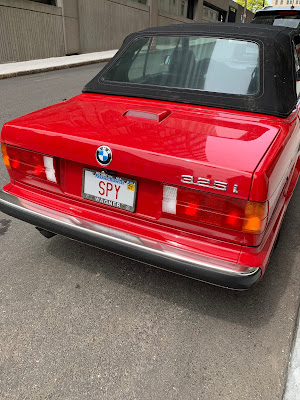 So of course we took a picture with it. 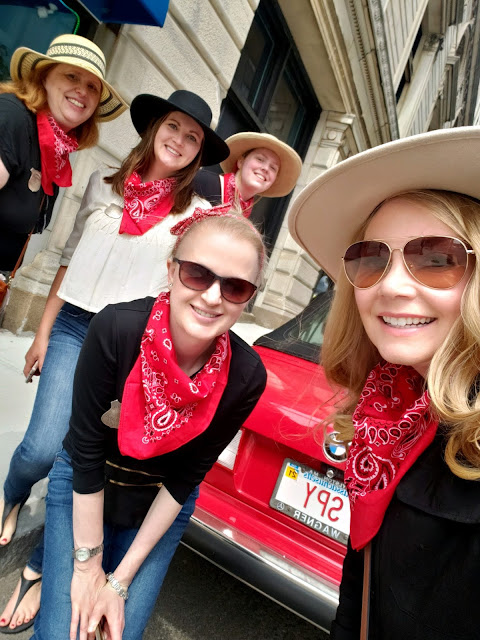 The culprit turned out to be a killer nurse, with a scalpel. We had guessed correctly.

We were in eighth place when we finished. I don't remember where we placed after that, but it was  lower on the leader board than eighth (teams can get started whenever they want during the day, it's just whoever solves it the fastest). 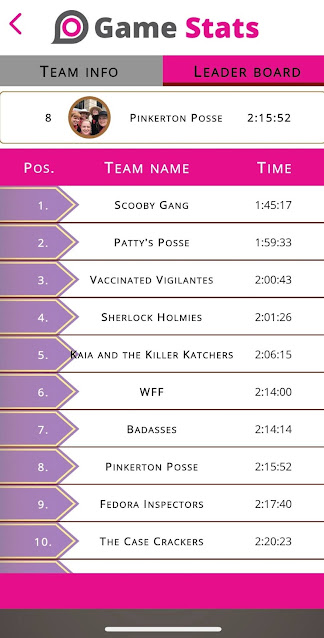 The Pinkerton Posse ate lunch at the local 110 Grill and then headed off into the sunset. It had been a productive day of crime-solving and criminal-catching for these spunky sleuths.
Until next time! 🤠
Posted by Donna at 11:22 AM