Some of my friends and I had been wanting to try a local popular donut place called Rocco's for awhile. They do all kinds of specialty donuts, some of which are particularly unhealthy. 😈 They also happen to be owned by my brother's girlfriend's cousin. (And additionally, I have a nephew named Rocco!) The cousin/owner was there when Meredith, Shelly, and I went so I got to meet him. And I also got to get a delicious donut! 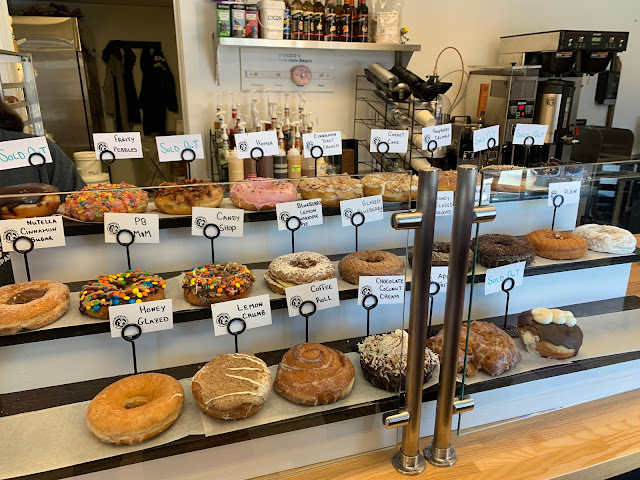 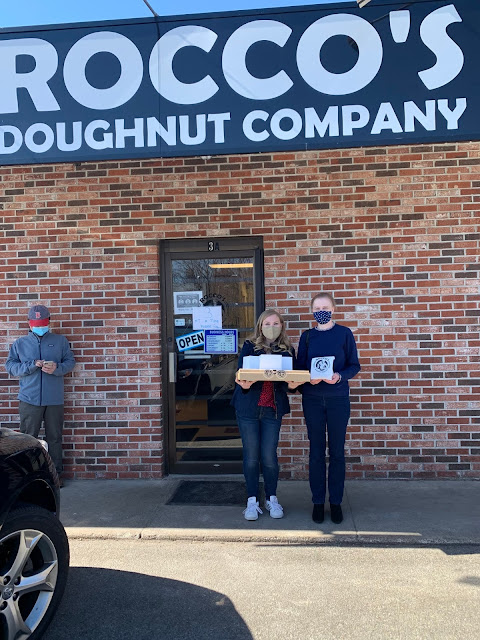 We thought it was funny that I had a small bag (I only got one, a delicious glazed blueberry donut) and Meredith had a giant box! They were for her family. Or so she said. Ha ha ha. 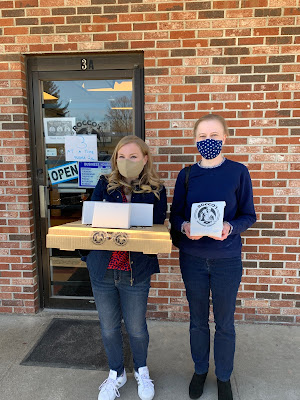 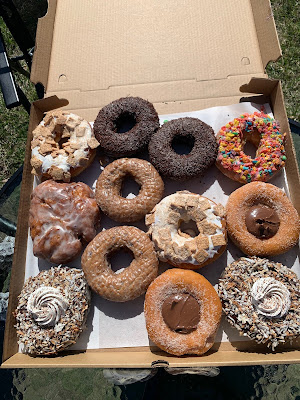 After we went to Rocco's we went to a nearby bookstore that we like. Appropriately, this is one of the puzzles they had there. It was a day destined for donuts! 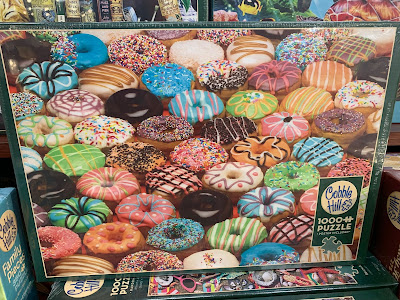 They also had this great owl puzzle. I probably would have gotten it if it were a 500-piece instead of 1000. 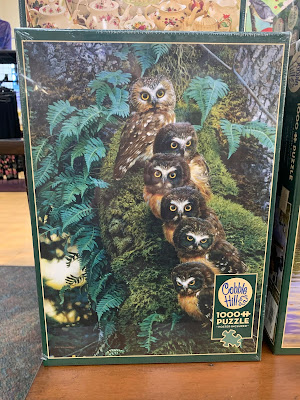 These little giraffes made me think of Sam. He got a big giraffe for Christmas that he named Spot--so these were baby Spots! 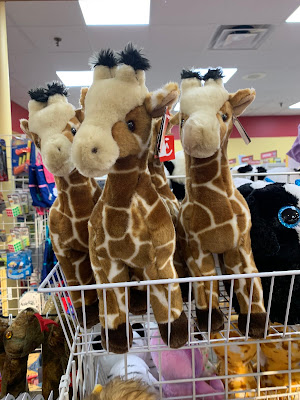 It was a fun donut and bookstore date with friends. I'm so thankful to have good friends in my life; they are a true blessing!