I read an article in The Epoch Times about a talented artist named Jon McNaughton who did some really good paintings of President Trump that resonated with me. 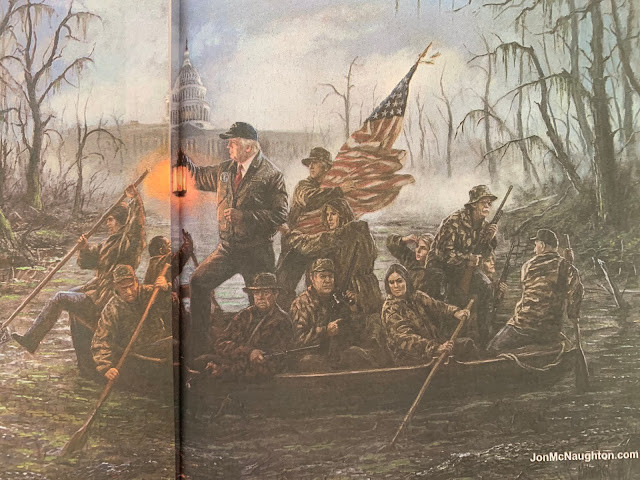 Several members of Trump's cabinet and family are in the boat with him. Obviously this is modeled after the inspiring painting of Washington crossing the Delaware in the Revolutionary War. Though Trump isn't as great as Washington was, I very much admire his heroic attempts to drain the swamp that is Washington politics. He fought hard for that and had some success, and the establishment hated him for it. 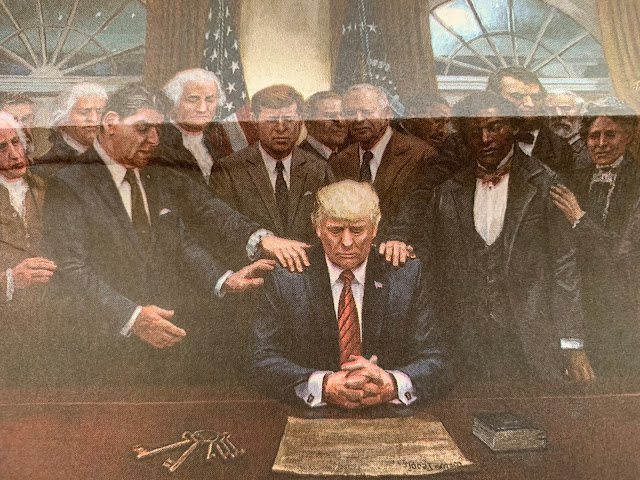 "You Are Fake News." This one is totally spot-on. I liked how Trump called out the totally biased media on a regular basis and had no hesitation in doing so. 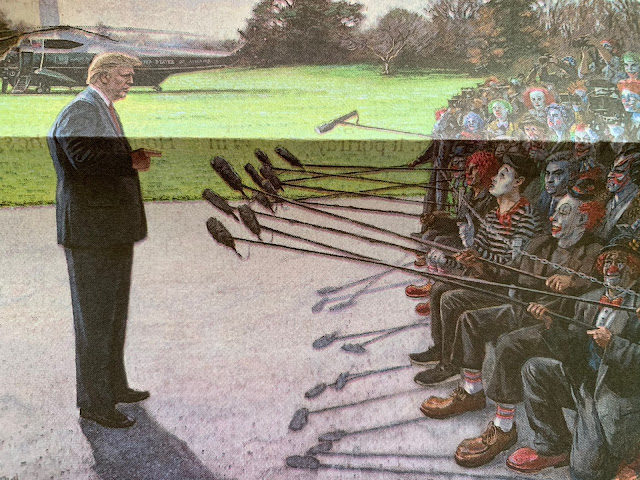 I hope he'll be back. 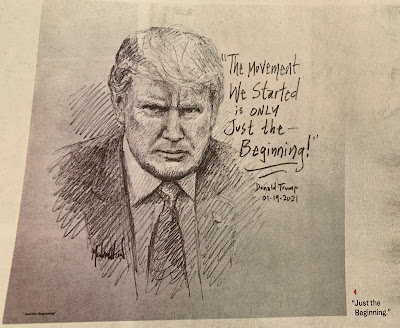