I've had mixed feelings about vaccines for at least the past thirteen years, ever since I began to suspect that they may have done John some harm when he was little. On the one hand I think they've been good for humanity in helping to protect against and eradicate harmful diseases. On the other hand, I think they do some people a lot of harm, perhaps even more harm than the disease itself might have done. I'm highly suspicious of some of the ingredients in vaccines and the effect they can have on the body, especially for people who might be more susceptible to adverse reactions to those ingredients.

Back to the other hand again, perhaps the coronavirus vaccine is the miracle we've been praying for that will save a lot of lives and help life get back to normal sooner. But then, this vaccine hasn't been tested for nowhere near as long as they usually are, and it's a newfangled vaccine that uses our mRNA, and we don't know the long-term effects of doing that. Plus, moving on from the hands and going up to my head on which I'm placing my tin foil hat, perhaps the pharmaceutical industry is in bed with the globalists who are planning a great reset and world domination. Okay, have I lost you now? 😅

Anyway, this week eight members of our Church leadership, including the prophet who I love and respect, got their first dose of the vaccine, which has taken the wind out of my sails a bit when it comes to my anti-vaccine stance. The Church has been supportive of vaccines for decades and helps administer them in poor countries. What do they see that I don't, or what don't I see that they do? I have to consider this. But still, I remain cautious and the proprietor of my own body. As things stand now, I'm not getting that vaccine anytime soon and neither are my kids. There are news reports that it's killing people, particularly in Norway. We're going to sit this one out for now, thanks. 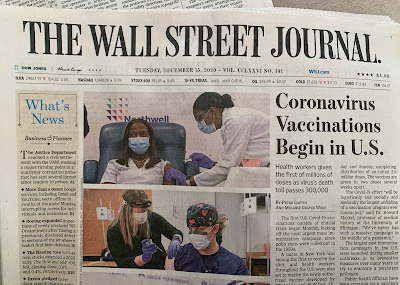 Robert Kennedy is JFK's nephew and he's been an anti-vaccine crusader for a long time. This is what he has to say about the vaccine. It doesn't mean that it's all true, but it's definitely worth considering as possible. 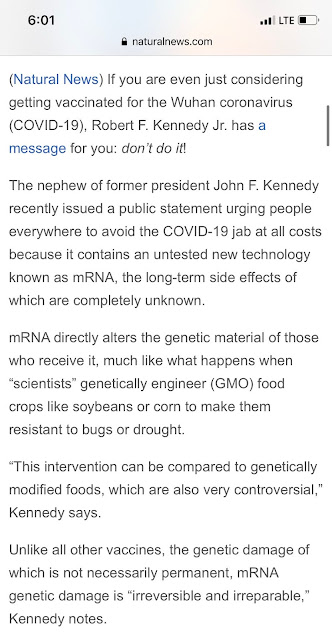 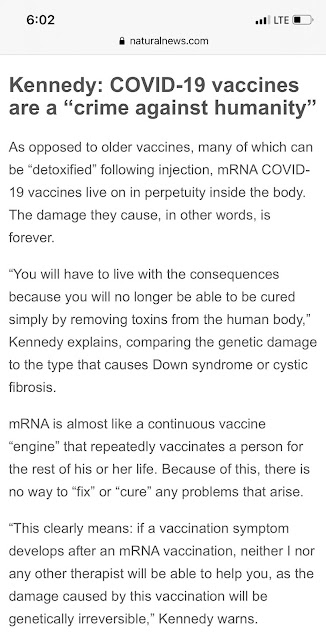 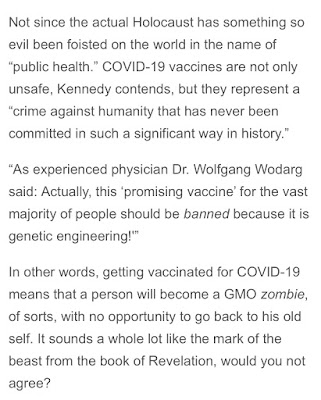 These are interesting comments from a blog post about the vaccine that I read. I take it all with a grain of salt, but also with an open mind. 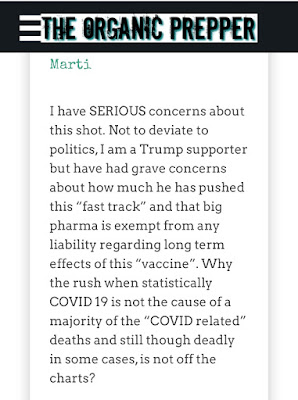 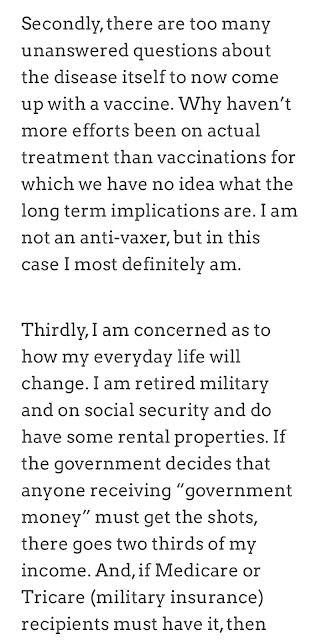 One of the reasons that I'm opposed to vaccines is that apparently they use fetal tissue from abortions. How can that ever be okay? 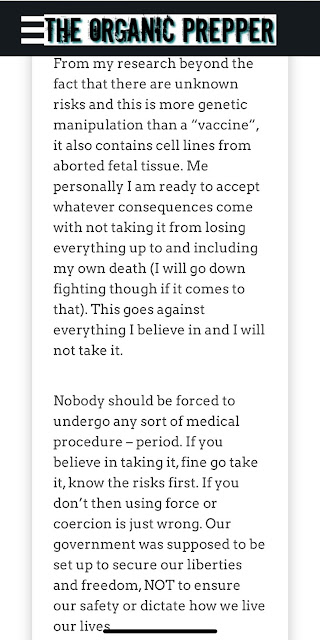 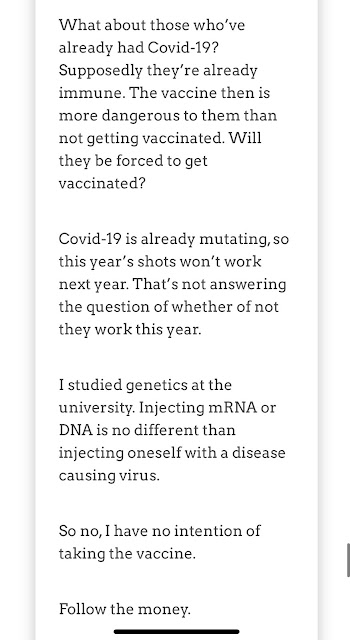 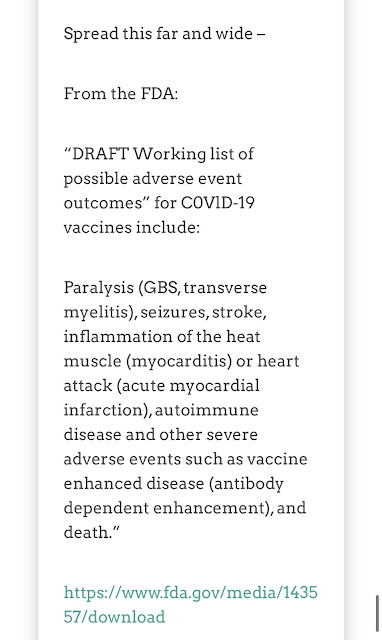 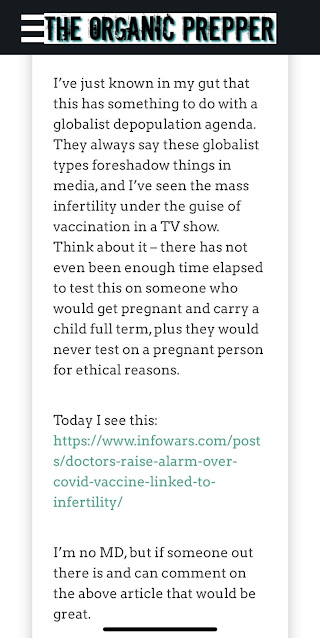 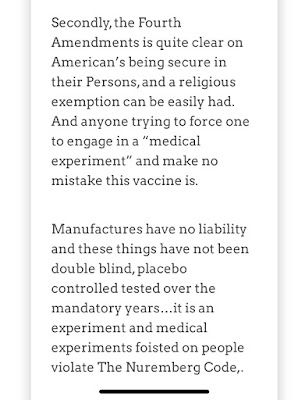 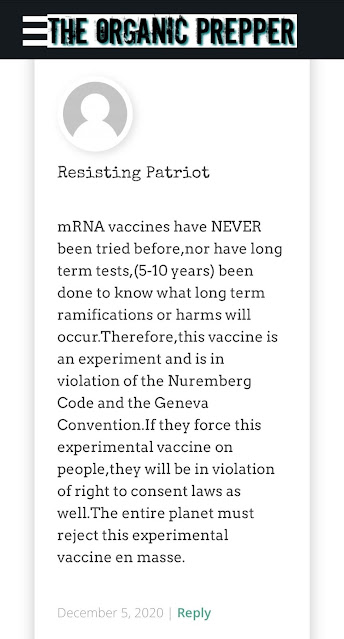 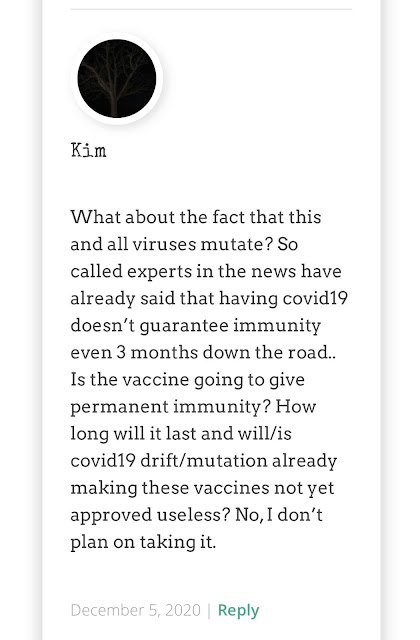 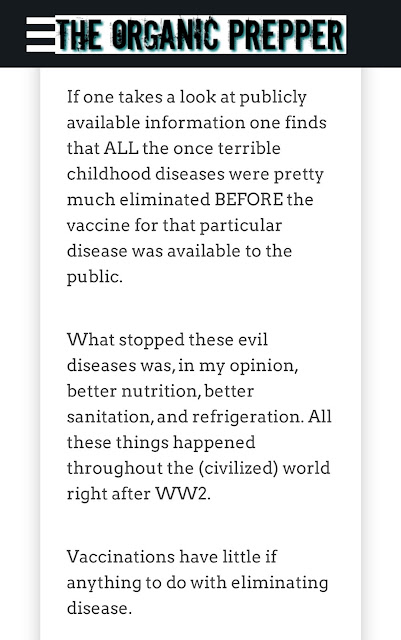 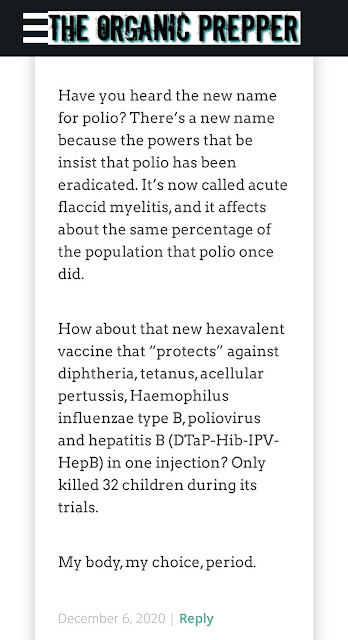 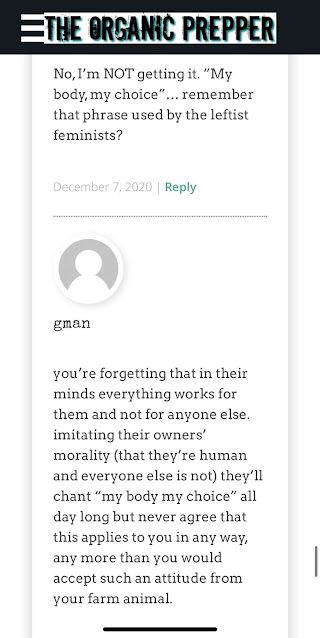 Some of these comments may be way off, but some of them may hit the mark (of the beast. Just kidding?). I really do try to take it all into consideration from both sides. As I said before, I don't feel comfortable getting this vaccine and I don't plan to get it. That said, I don't judge those who choose to take it, just like I hope they don't judge me for choosing not to.

Well. Hopefully this post doesn't cause me to get kicked off the internet. 😬 🤷