Last Walk to the Beach

Today's blog post title plus yesterday's ("Last Beach Day") sound rather final and fatalistic, don't they? I'm sure they won't be, says the optimistic me. This was my last beach walk of the summer season of 2020 two months ago. It was a quiet, partly overcast Sunday evening.

I like it when seagulls appear in my pictures 😊 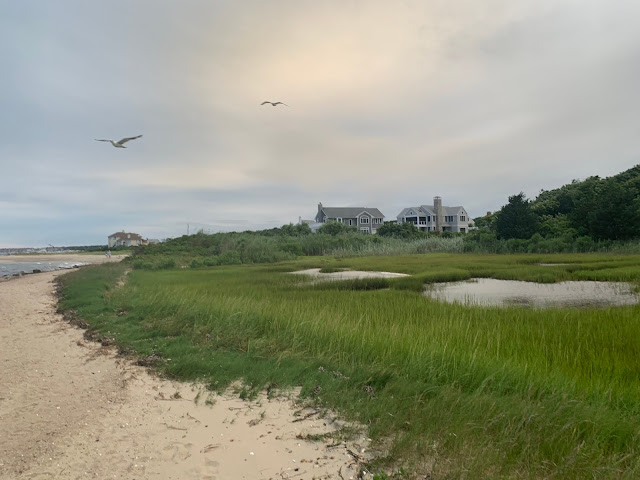 It was windy and the waves were choppy. 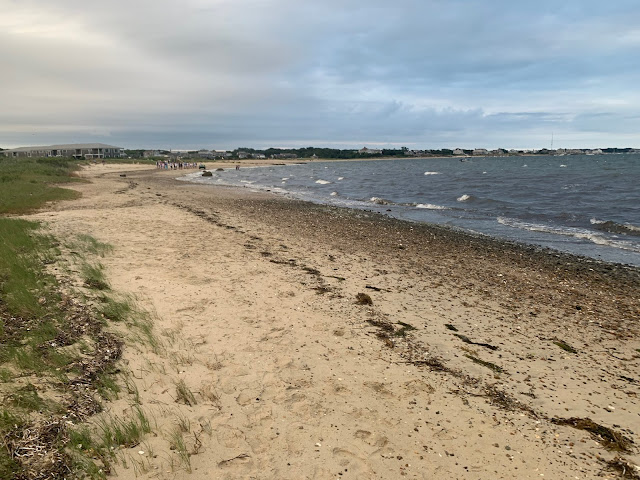 John and I raced each other up the beach a few times and he beat me pretty easily every time, even when I had a headstart, which was a blow to my ego. I thought I was still faster than him. I think I've been putting too much stock in my high-school track team experience. 😭 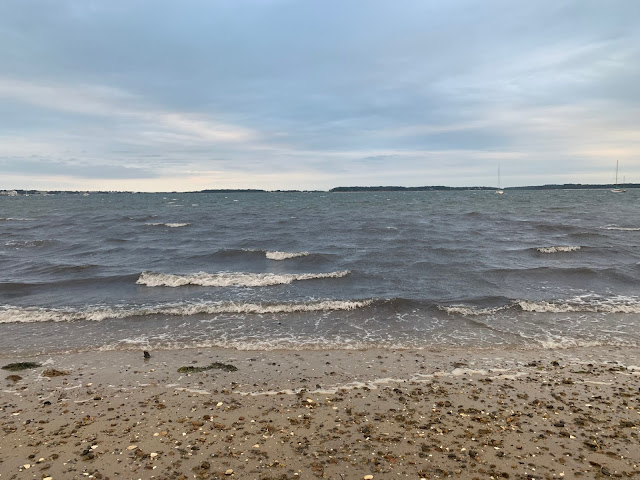 There was a church group there doing baptisms and cheering after each one. I'd never seen that before at this beach and it was cool! Part of me wanted to shout "Congratulations! Now let me tell you about how it's done and what baptism means in the actual Church of Jesus Christ!" 😁 But I didn't (and I would never do that, even though I kind of think it). 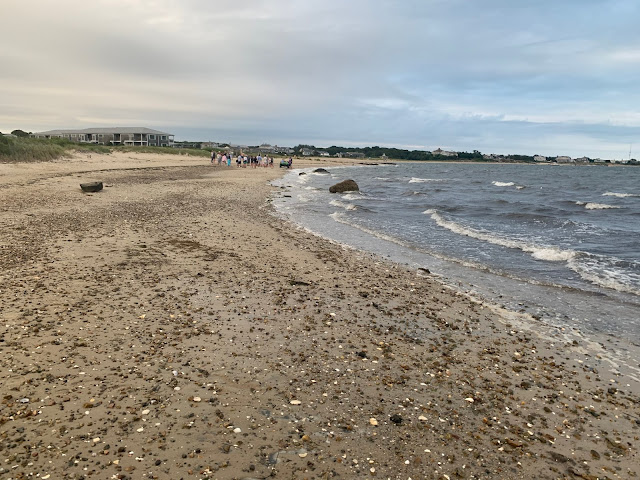 Peter and John drove home, but I wanted to walk and enjoy the scenery. 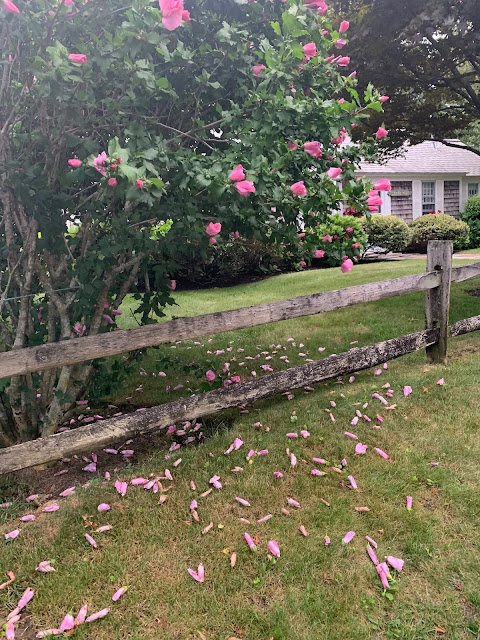 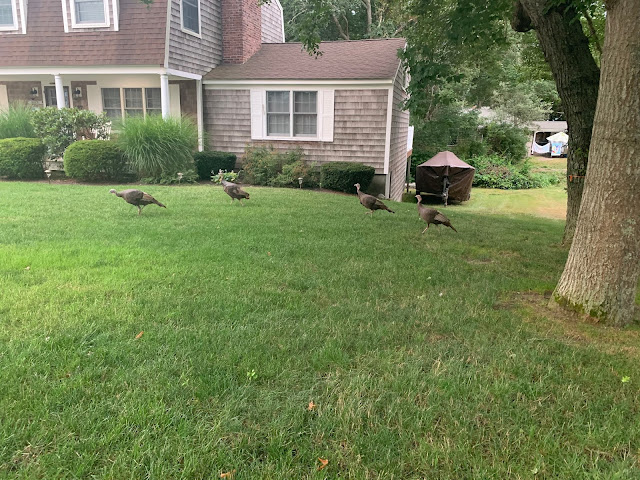 I went down a side street that I hadn't walked down before. It had its own private little docking area on the inlet. 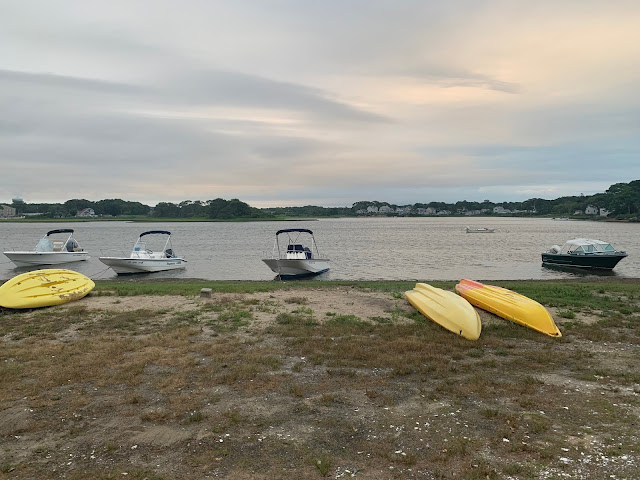 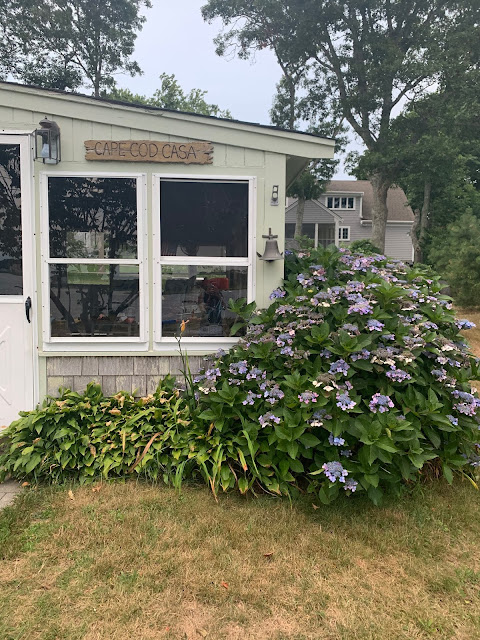 This pretty little house was for sale and had a fake owl on the chimney (not pictured), so it had good things going for it. 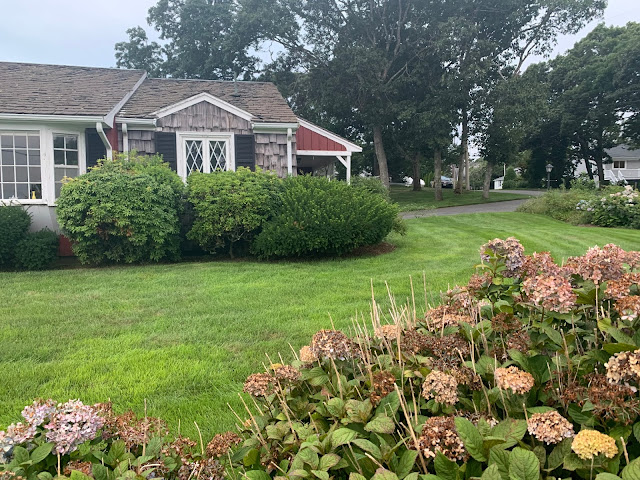 It was a refreshing final Sunday evening at the Cape. {But not totally final!}
Posted by Donna at 12:44 PM