Cape House, Front and Back

I took some pictures of the front and backyard of the Cape house this summer because I needed to update the Cape Cod House post with some new pictures after the freak tornado of 2019 since it took down trees and kind of changed the look of things, plus there are a few other relevant changes too. The pictures aren't the best because the grass is drought-stricken and very dry, but what can you do? 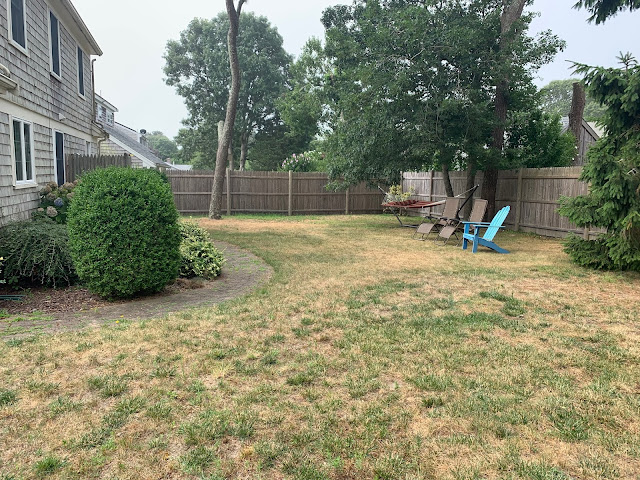 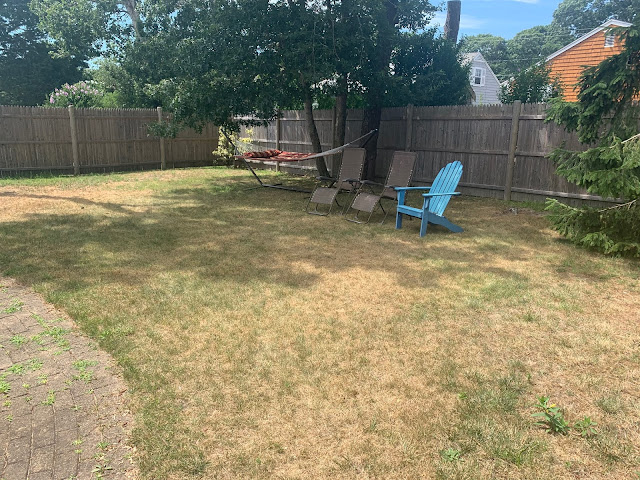 I like having the hammock under the trees but the only problem is bird poop! Fortunately it's lightweight and can easily be moved around to other spots. 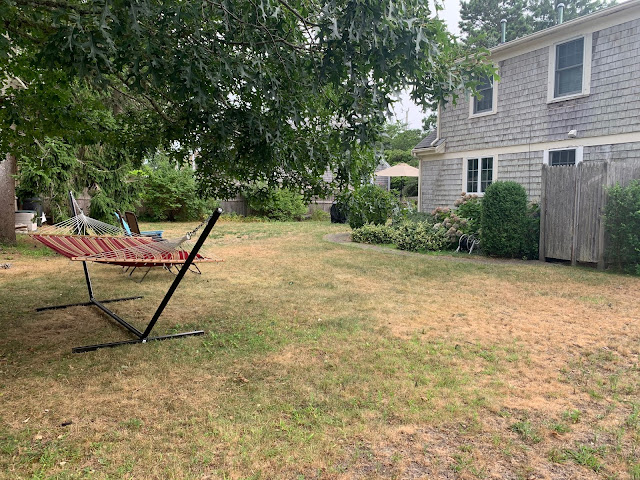 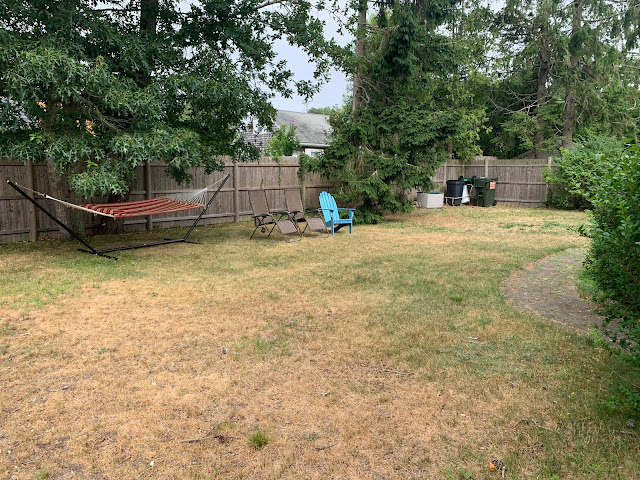 There are two trees in the backyard that came down in the tornado that I really, really miss. One of them held one end of the laundry line. Now it has to be stretched between the two sides of the fence. I'm not totally satisfied with this solution so we'll see how long it stays there. 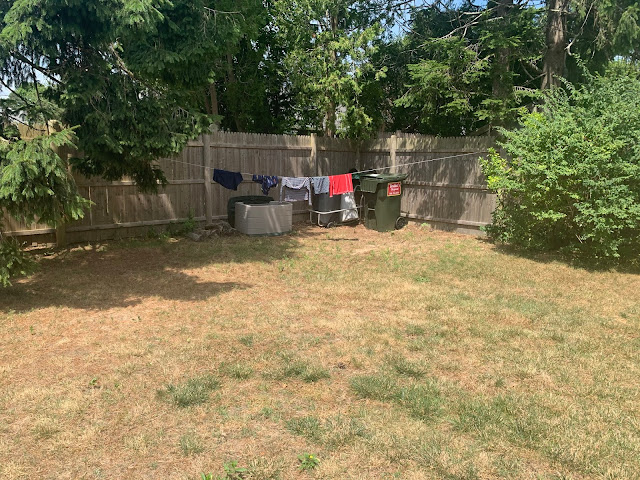 I miss the massive tree that was in the corner of the yard near the patio (you can see its stump in the picture below), but it's the one that dropped the huge branch on my car that destroyed the windshield, and it had several other large branches stretching out over the house, so it had to go. Getting rid of it opened up that corner of the yard nicely and made the house (and cars!) more safe, but I miss the privacy and shade it provided. 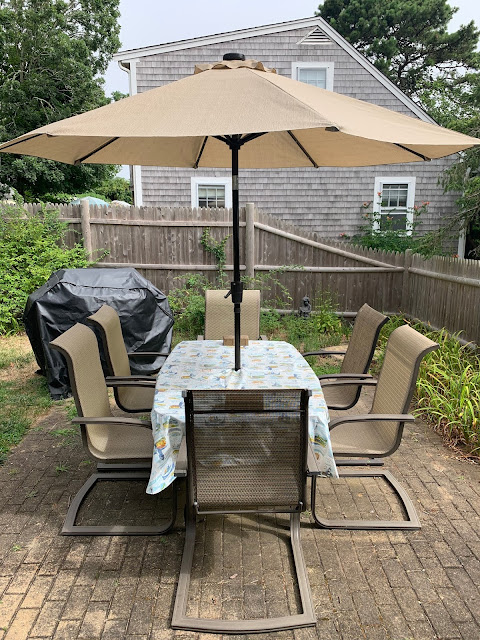 Front of the house
We replaced some of the old rotted-out fence posts and rails. John did a lot of the work and he did a good job. 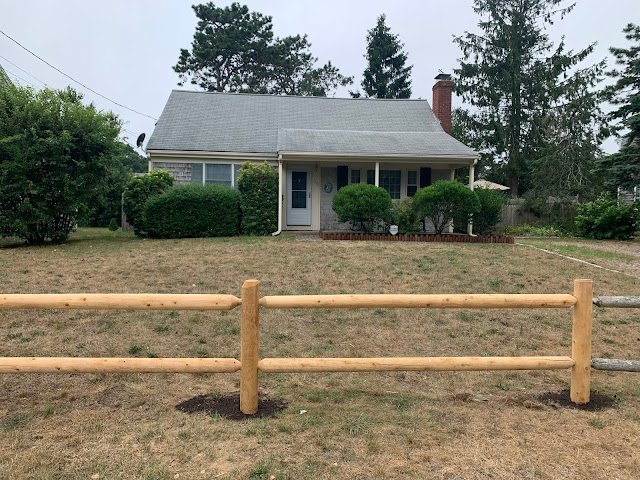 We'll replace the rest of them once they're all rotted out too. 😛 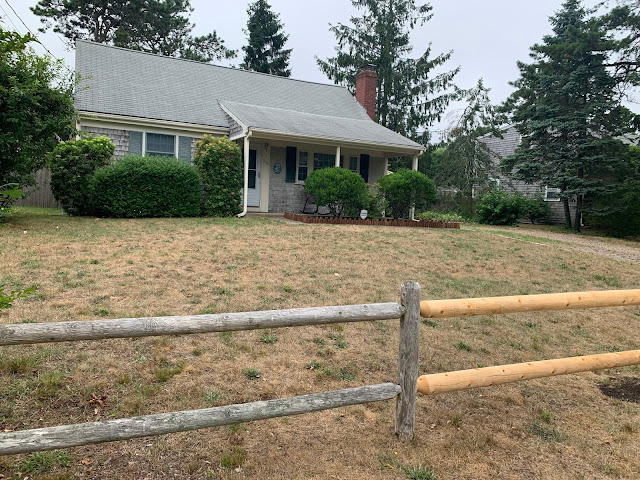 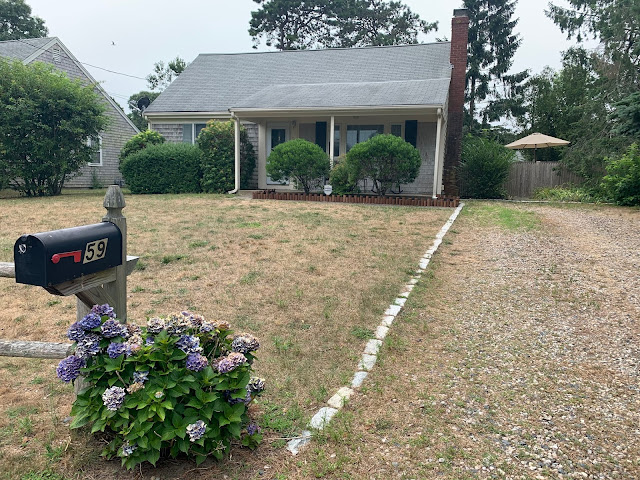 The bushes in front of the patio really need to be trimmed down. I think my dad did it just last week. 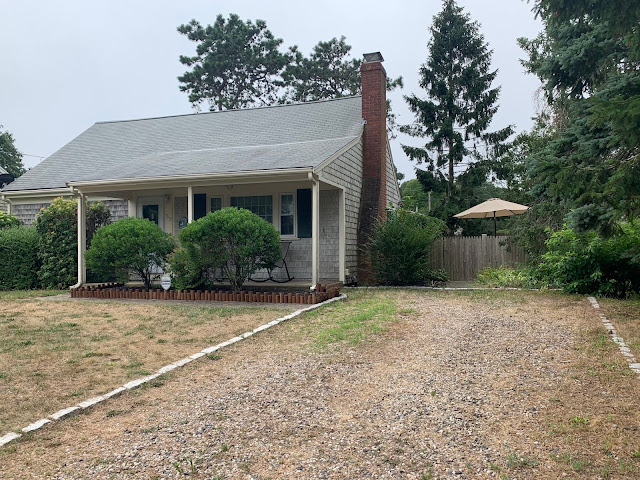 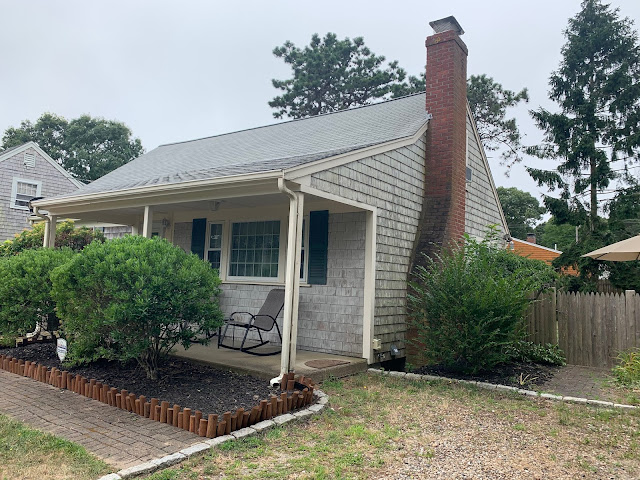 My mom and I got edging at  Home Depot and put that in to contain the mulch and I like how it turned out. 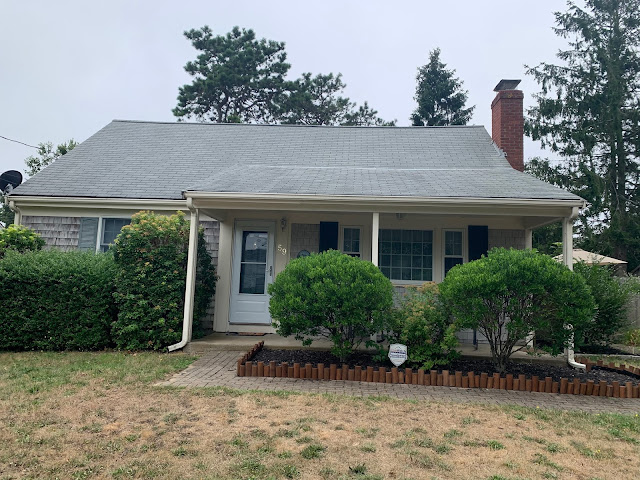 I also got a new welcome mat for the front door. 😊 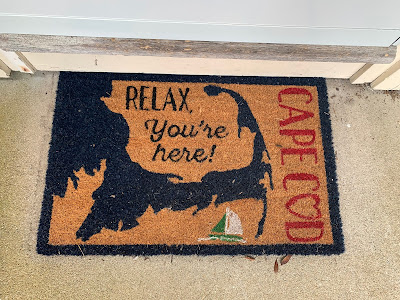