The Boys' Other Exploits in January

In the midst of wrestling season, there were ninja practices and competitions were still going on too!
And other things. Read on!

John is up on the block in the orange shirt. It was almost his turn to run the course at this NNL (National Ninja League) competition. He's talking to his old coach on the left and his new coach on the right (we switched ninja gyms last year because one of them was twice as close to us). 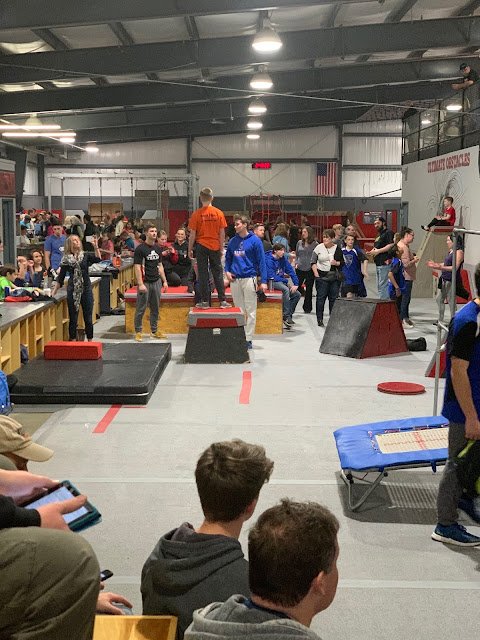 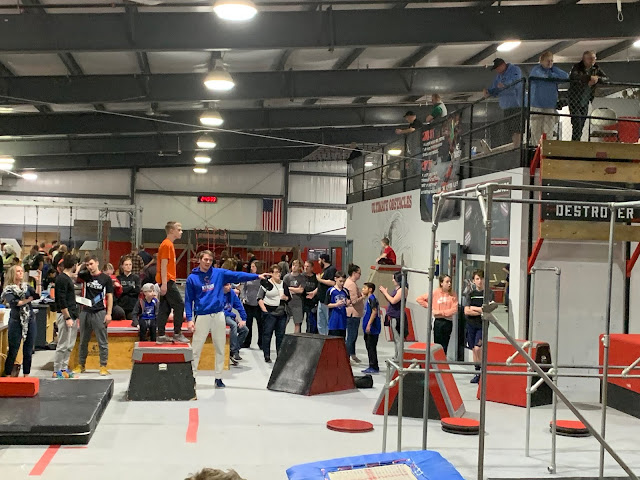 He did really well at this competition, which was a little surprising because he hadn't been feeling well the day before and that morning, so he didn't go to his wrestling meet that morning but was feeling well enough by afternoon to give the ninja competition a try. And he ended up doing awesome at it--it was the first time he completely finished a course in an NNL comp, and he did it in good time too!

Sam and I took pictures of John practicing at his ninja gym because I needed to get a good shot to use on a personalized banner that I was ordering for the Ninja World Championship in February. 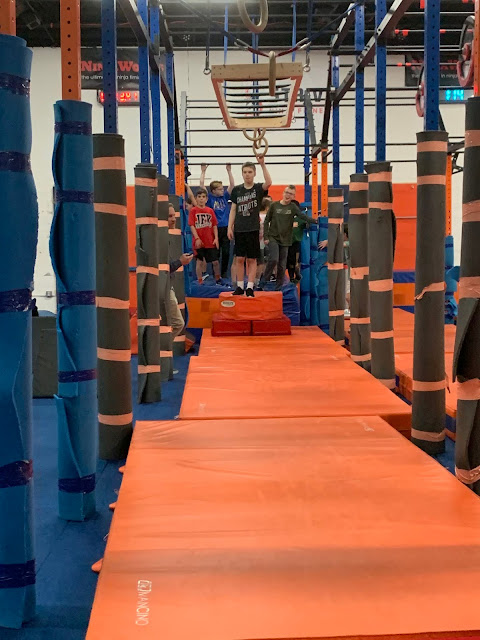 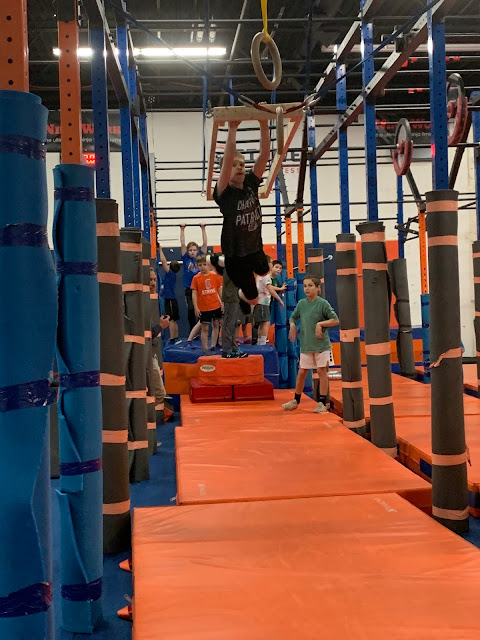 This is the picture we ended up using for the banner (pictures of the banner to come when I do posts about February). Sam took it. Sometimes he is a better photographer than I am, I admit it! 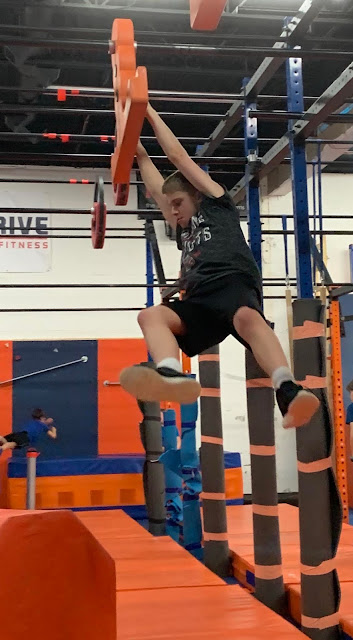 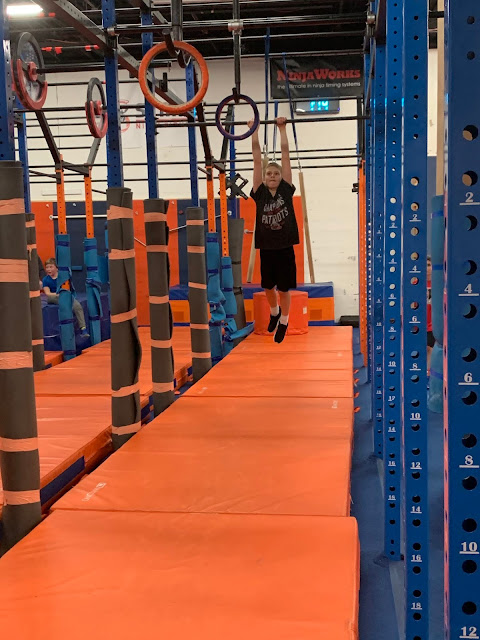 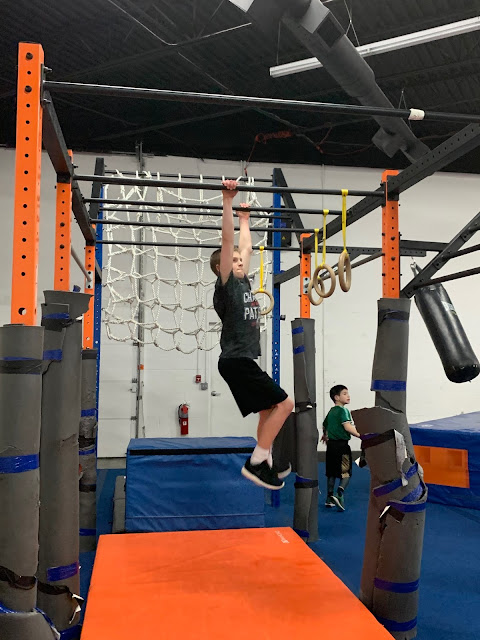 Sam started a YouTube channel about roller coasters with his friend. I'm amazed by the things he figures out how to do on his own. 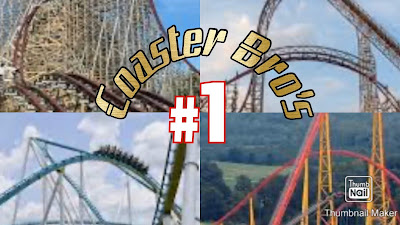 They also created a merchandise shop with their own "merch" for their channel. Sam made the designs for the merch from pictures I'd taken of roller coasters that he'd been on and a few stock photos he'd collected. I was very impressed! So I indulged him and bought him a hoodie from his merch shop. I wasn't sure what to expect but it turned out to be of (surprisingly) good quality. 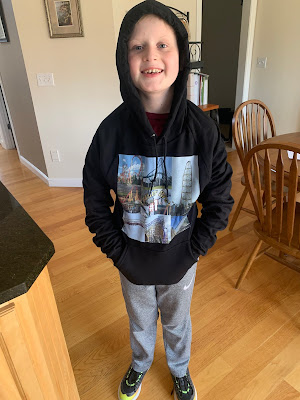 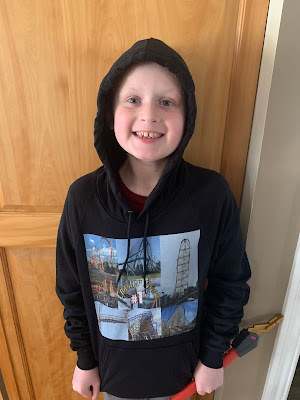 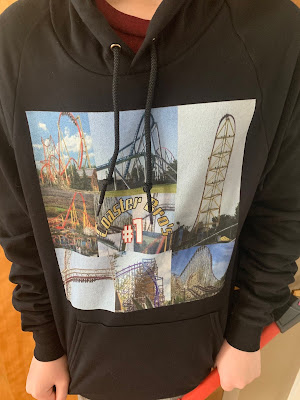 They made another YouTube channel for gaming called Gaming Bro's. 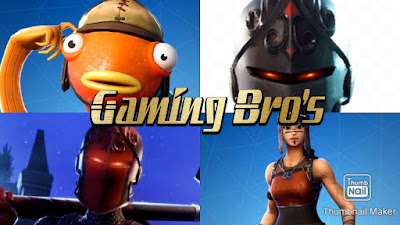 They have since either re-named their channels or merged them (or something) to a new one called "Thrill." I'm not really sure what exactly is going on anymore. But they have a lot of fun with it and it sparks their creativity.

Ah, the good old days of school projects! This one was about Ponce de Leon. 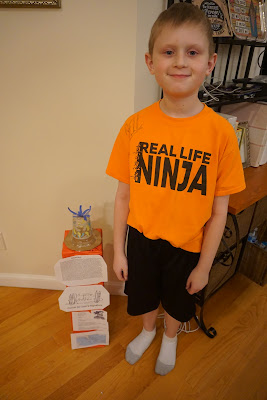 The cup on top with the blue paper coming out represents the Fountain of Youth, which Ponce de Leon was searching for in Florida. Sigh, if only he'd found it! 😄 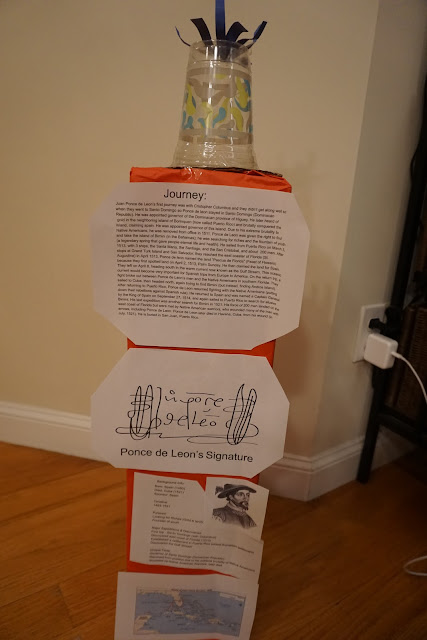