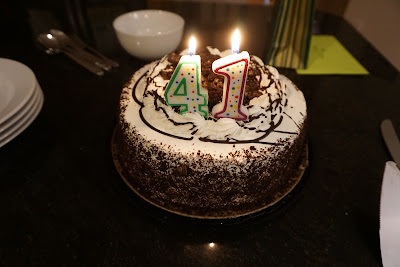 Meanwhile I'm still in my thirties! 😄 For a few more months, anyway. 😱


Weird picture, I know. He got a bloody nose right before we sang to him. 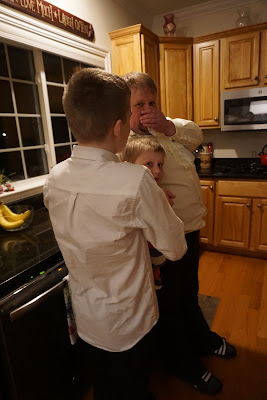 Peter's big birthday present was tickets for us to go see an illusionist show at the end of January. He likes illusionists and magicians and trying to figure out how they do their tricks so I knew he'd like the show. We had a nice evening out and enjoyed a delicious home-cooked dinner from a little cafe just up the street from the theater before the show.
My salmon and veggies were SO GOOD! I miss going out to eat. 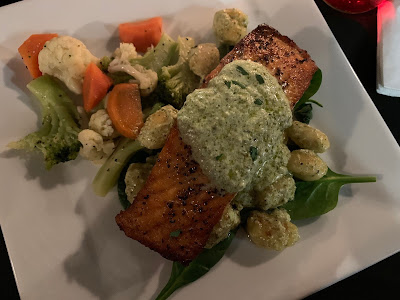 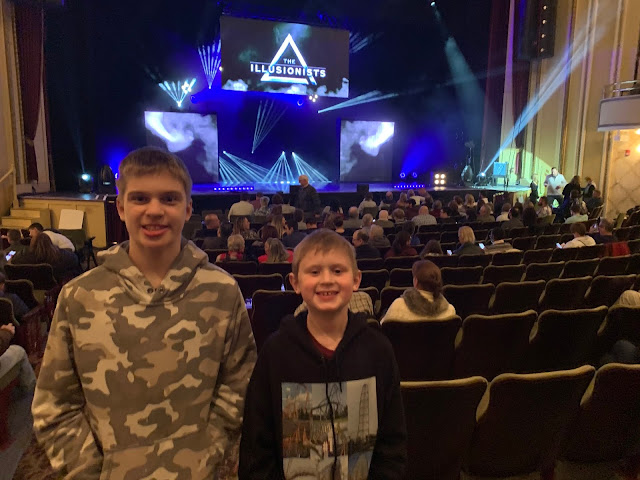 These were the illusionists. They did some really cool tricks and it was so fun to watch. 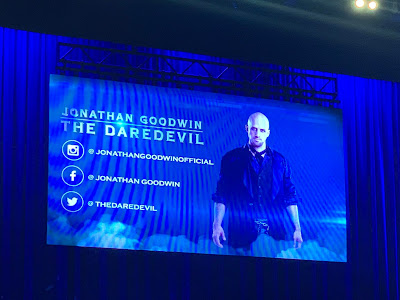 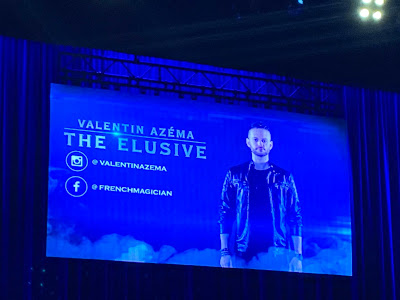 We had met this guy David Williamson on one (maybe two) of our Disney cruises a few years ago! He did the magic shows on the ship, which were very entertaining and perfect for kids and families. After one of his shows we stood in line to meet him and bought his autographed magic DVD. It was neat to see him again! 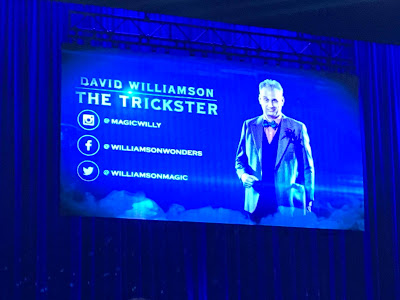 This guy was British and had a really fun sense of humor. 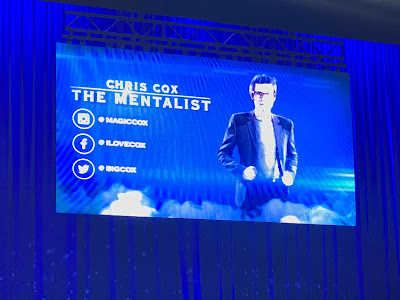 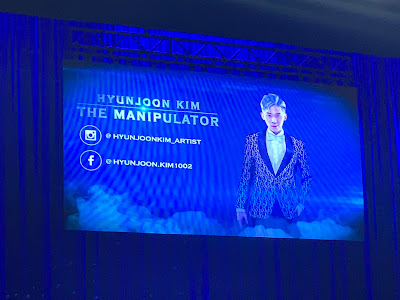 It was a fun birthday present for Peter that we were all able to enjoy. Those are the best kinds of presents! 😁