Let's Get Ready to Rumble!

January was full of wrestling at home and at John's high-school meets and in driving him back and forth to practices (five days a week, sometimes six, ugh) and about two meets a week. This was his second year wrestling and his first in high school as a freshman, and he was the team's 106 weight-class varsity wrestler for most of the season. It was awesome!

Peter wins every match easily, I wonder why? 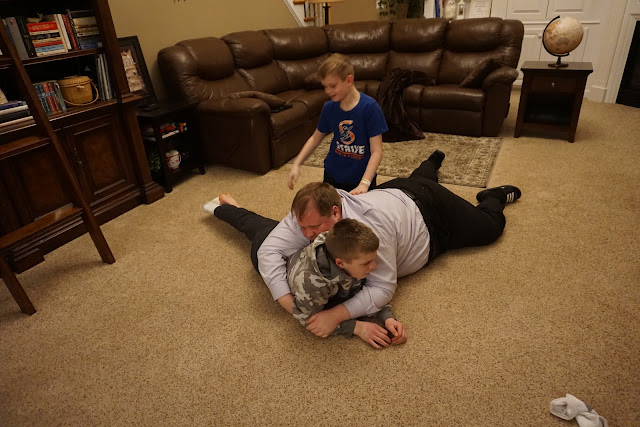 Sam took advantage of the opportunity of John being pinned to slap his butt. He is his mother's son. 😂 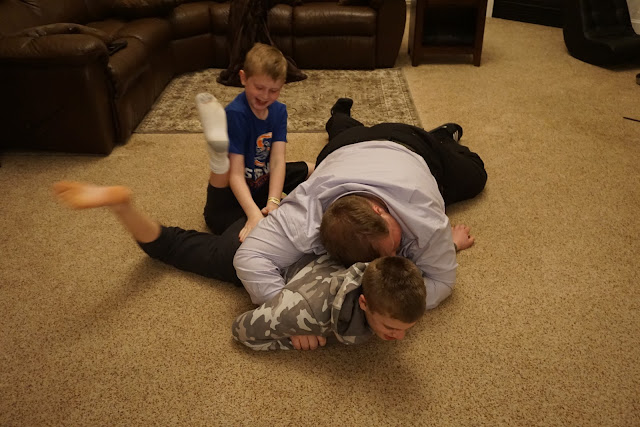 This was really sweet (and John would probably not be very happy if he knew I took a picture of it!). He and his teammate had a "wrestle-off" match to determine who would be the 106 varsity wrestler and John won, and afterwards he went over to talk to him. I was proud of him for doing that. They were friendly and supportive of each other all season, and I loved that. 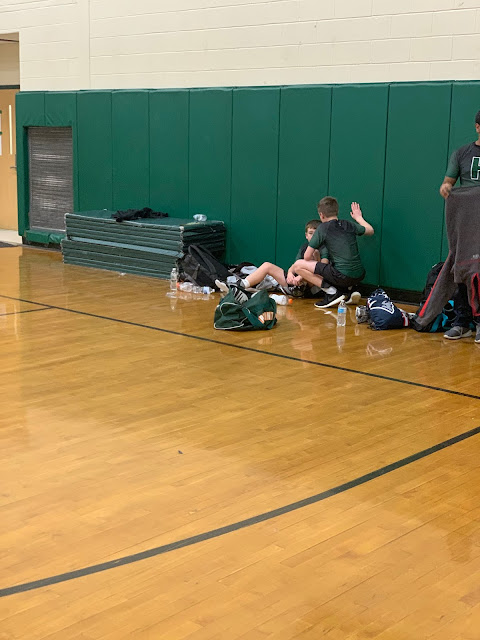 More impromptu matches at home. John has high hopes that Sam will join the middle school wrestling team when he's in sixth grade and is doing everything he can to encourage and teach him now. Sam is on the fence about it, but he still has well over a year to decide. (I hope he'll give it a try!) 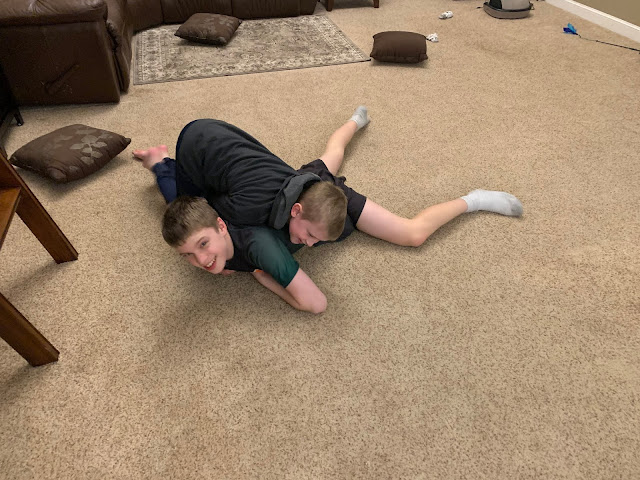 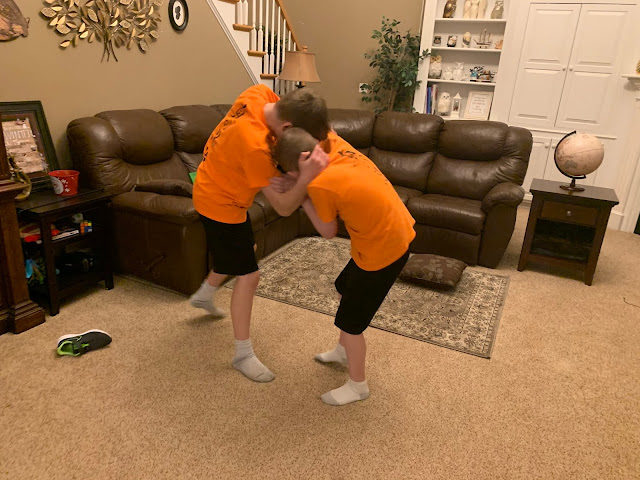 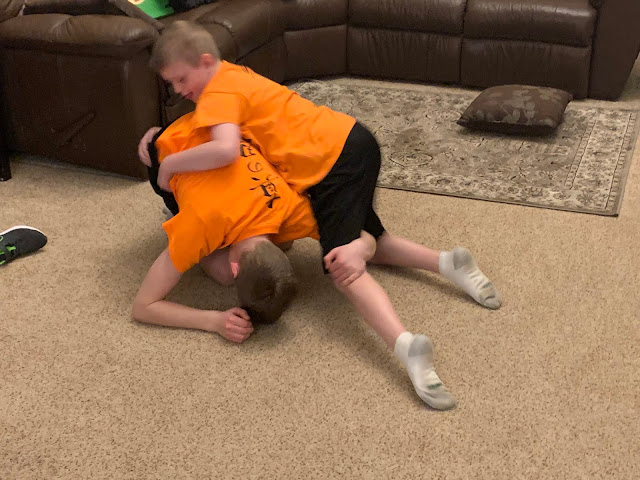 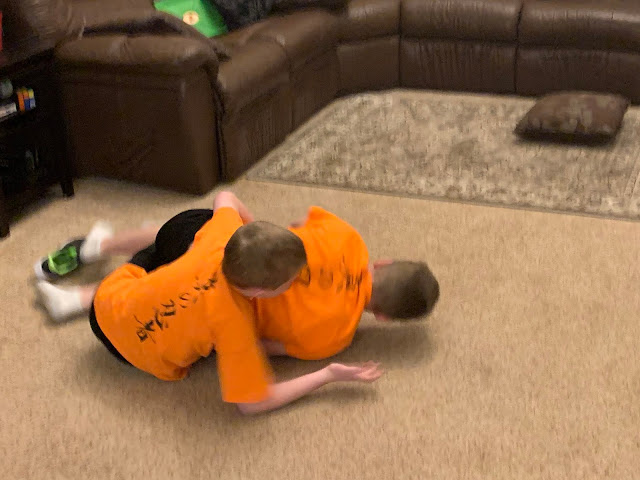 The team does this huddle before each of their matches. John is on the right next to the guy wearing the gray pants. 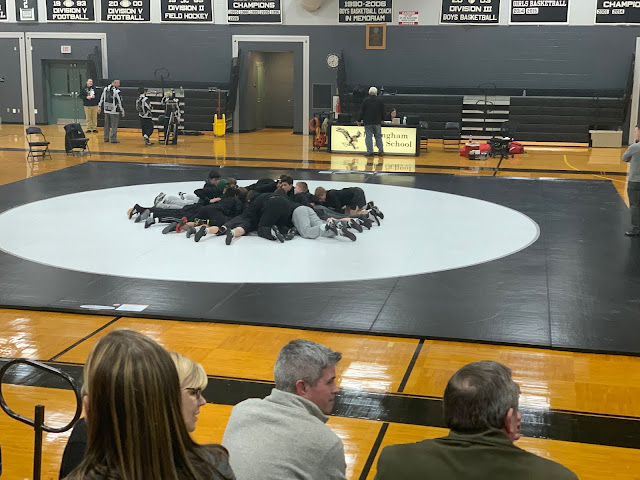 How great is this picture!? A professional photographer took it. 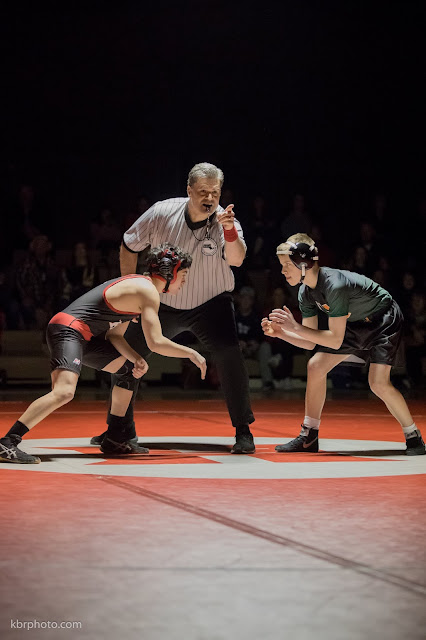 I personally think wrestling is terrifying, but fun to watch (although it can be quite a bit nerve-wracking when it's your kid out there). This is a tough sport and it's one of the oldest sports, and it's the only one that I can think of that does actual hand-to-hand combat.


John lost this match but he fought hard. His opponent was bigger and stronger and he was really good. 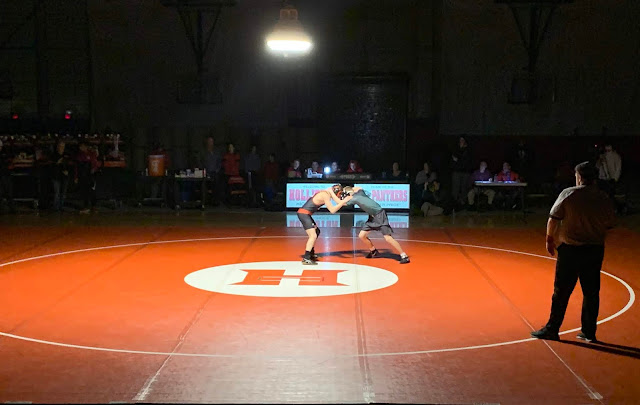 Another match, another huddle. 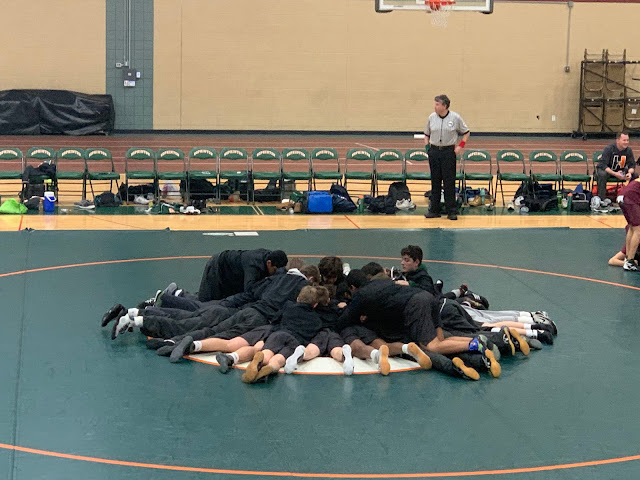 It was a fun season (and my first ever as a high-school parent!). John really enjoyed it and decided that wrestling is going to be his high-school sport. He is well-suited to wrestling because he's very strong and compact from his years of doing gymnastics, and now ninja. He also does better at individual sports more than team ones like basketball and football. I think that the individual nature of wrestling and ninja helps him to stay focused a lot better than he was able to do in team sports.

He had some tough losses that he had to learn how to deal with, and he grew more resilient from them. He had some great wins too, including a thrilling one that won the meet for his whole team, and he qualified for Regionals and he did well enough at Regionals to qualify for States! (But he wasn't able to compete in States because we had to go to North Carolina for the World Ninja Championships that he was competing in that same weekend. More about that in a couple of weeks!)

I really hope that COVID-19 won't interfere with next year's wrestling season. It breaks my heart to think of these guys (and all high-school athletes) not being able to do their sport because of this horrible virus. I hope that things are going a lot better in six months when wrestling starts up again (hopefully! 🤞).