Pretty much all of the snowstorms of this past winter in suburban Boston happened in the first half of December. Winter was off to an exciting and promising start! But unfortunately for us snow-lovers, it was all downhill after that. (And I don't mean downhill skiing either!)

🎜 Cue the music! "Walkin' in a Winter Wonderland" 🎝 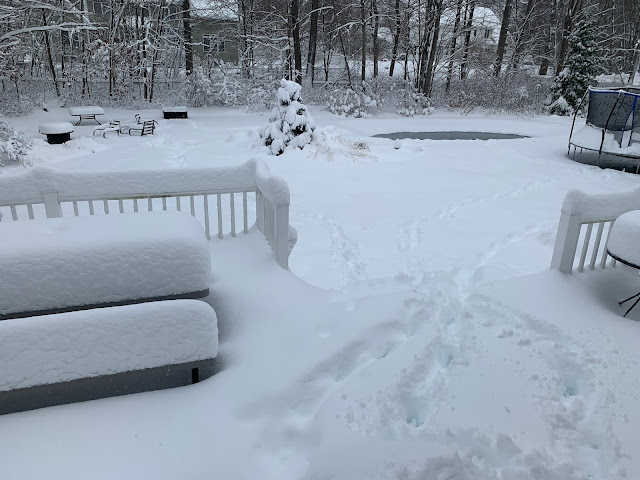 I love this view from the side dining room window when it's snowy out. 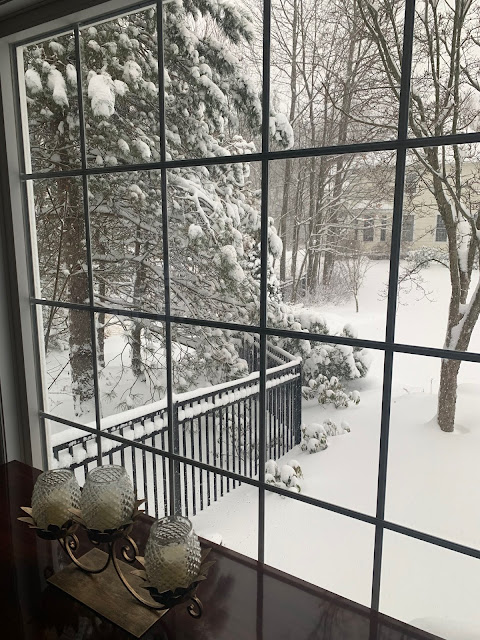 It morphed into a mushroom-shaped table 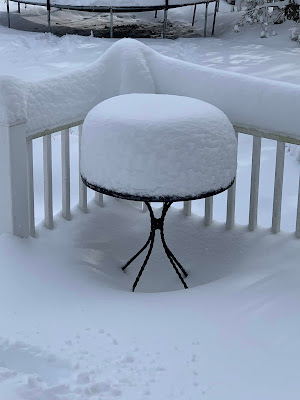 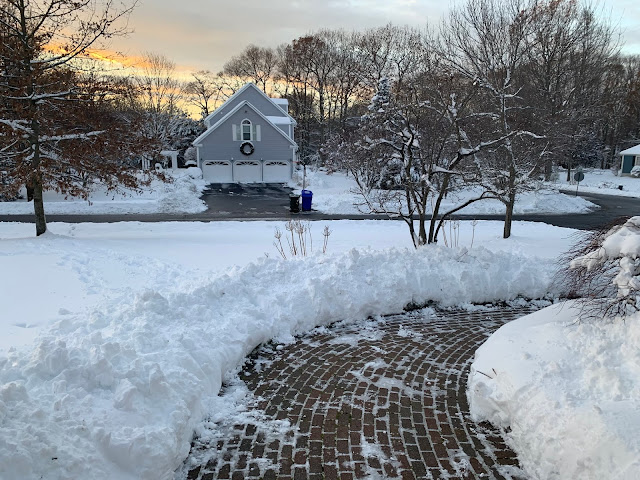 By the time it was closer to Christmas, much of the snow had melted, but there was still a thin layer on the ground and rooftops. 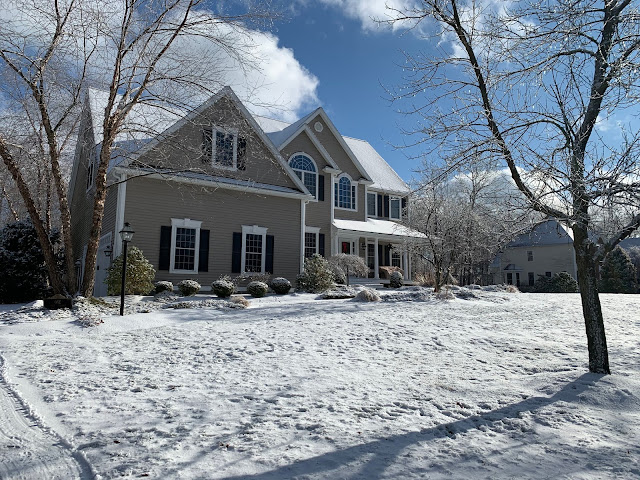 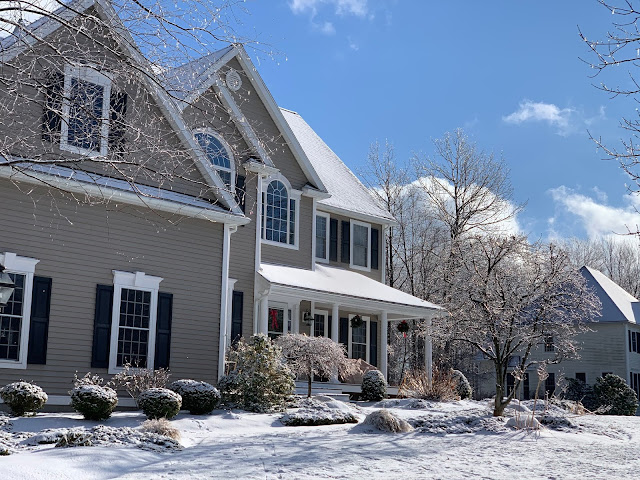 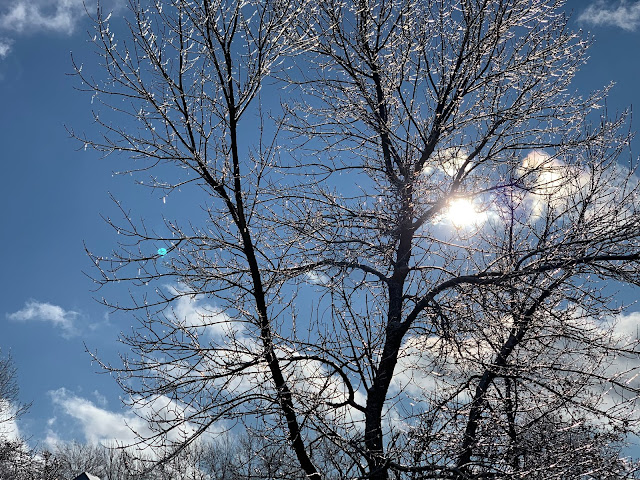 The ice was sparkling brilliantly on this tree one day, which was a harbinger of things to come as far as the rest of the winter weather forecast was concerned. After the December snowstorms it was mainly sleet and ice for the rest of the winter. I'll take the snow instead, thanks! Although the ice is pretty when it sparkles in the sun.