Last November my organizing project in the house was the basement playroom along with the game and toy closet that's down there. I didn't take before pictures, just afters. It wasn't too bad and it was satisfying (although a little sad) to clean out so many toys. My boys are growing up! 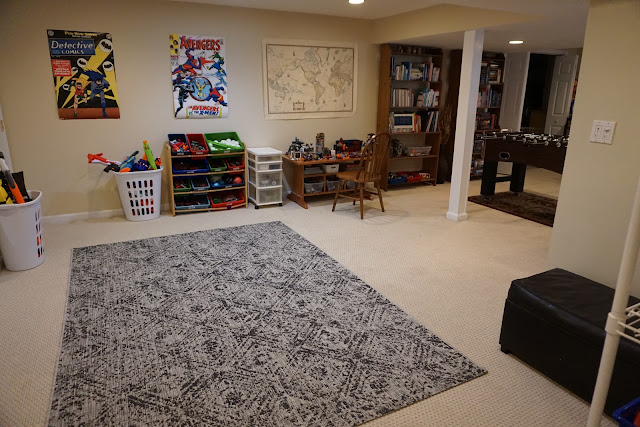 It was particularly satisfying to clean out, re-organize, and label this toy organizer. It really needed it. Same with the plastic chest of drawers (which I've had for about twenty years, ever since I was in college--I can't believe all the moves that thing has made it through!). 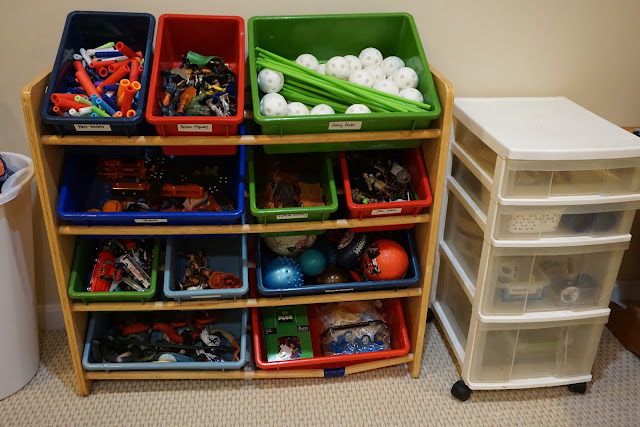 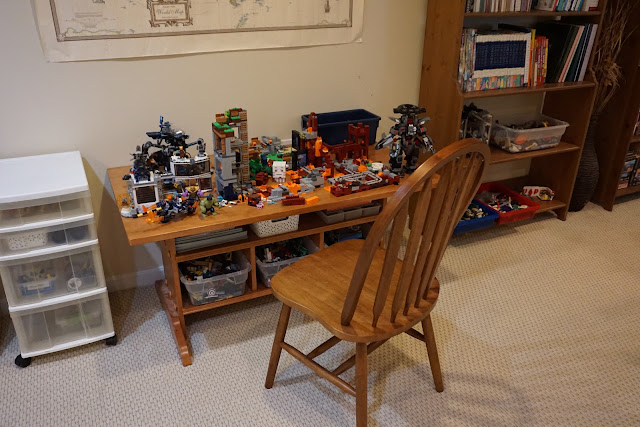 Plenty of space on the toy shelf! This is the first time that's ever happened. 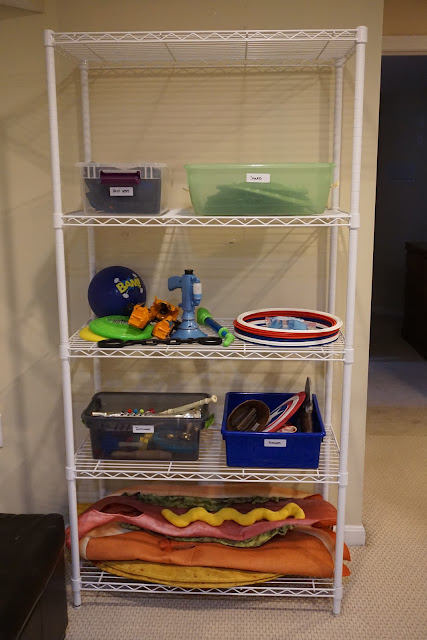 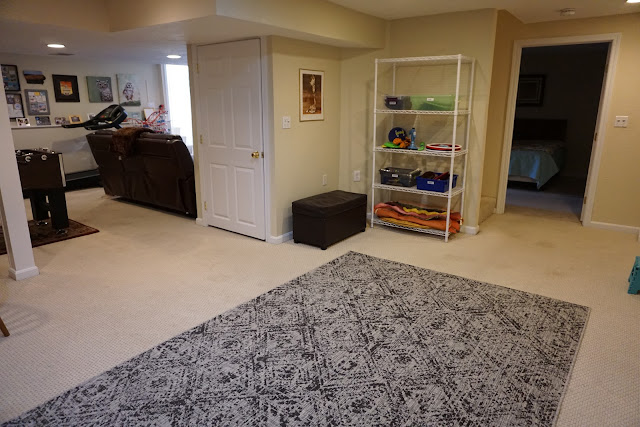 We had cleared out this whole wall for the boys' ninja pegboard earlier that year. 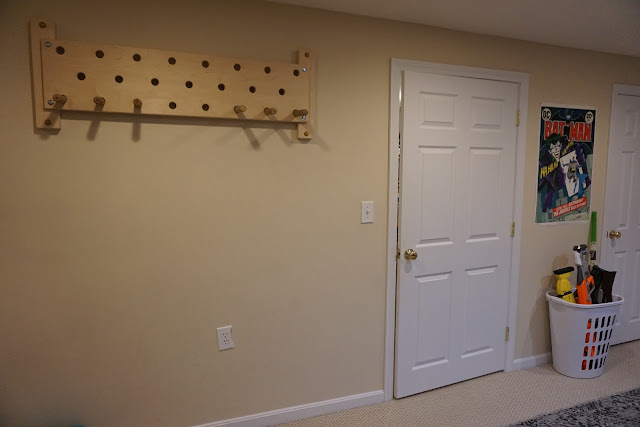 This is the closet under the stairs, a cute little space (though not quite as "cute" as Harry Potter's). 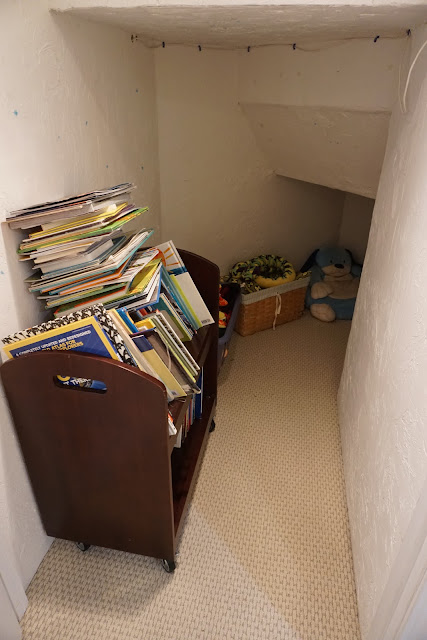 The books were piled up haphazardly--February's organizing project was to clean out and organize all of the children's books in the house (so it looks much better now, ha ha!).

The toy and game closet: 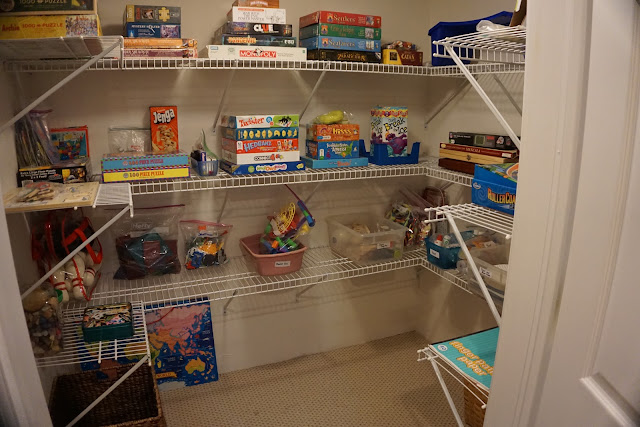 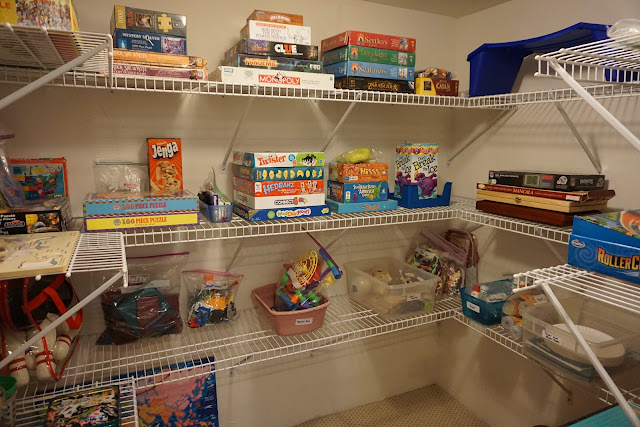 It's a big closet and has this funny little side hall. I like that the builders made use of all the space they could. 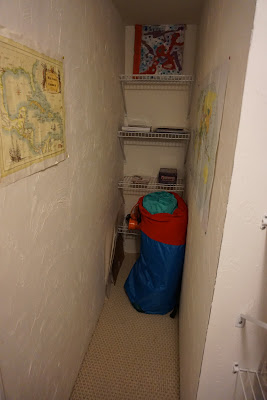 Because there's less stuff, and because the boys are growing up and screens are now their favorite form of entertainment, the playroom has been easier than ever before in my life as a mother to keep clean! 🙌