About once a year, I do a big clean-out of the boys' bedrooms. As you will see, Sam's room REALLY needed it!

I was good about taking "before" pictures to document the horror, but not so good about the afters this time.

Let's just say that Sam didn't inherit my gene or penchant or whatever it is for neatness and organization. He's much more like his father instead. 😱 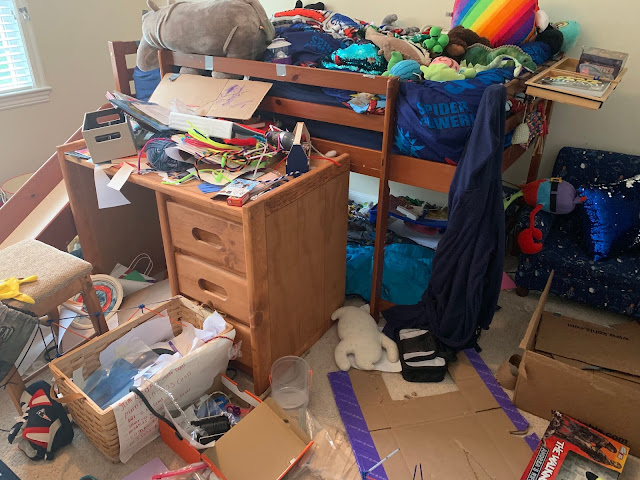 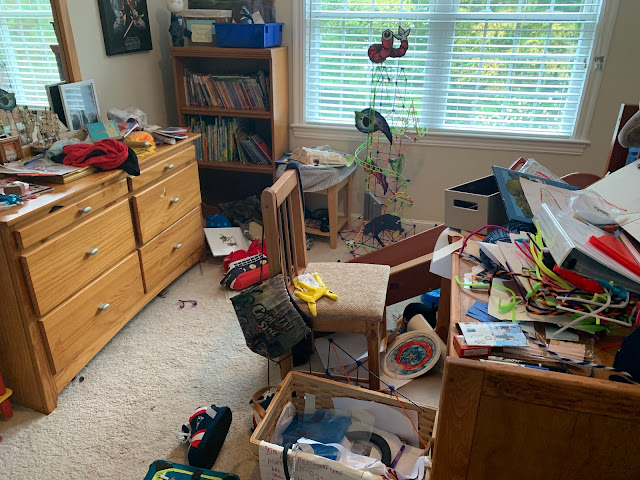 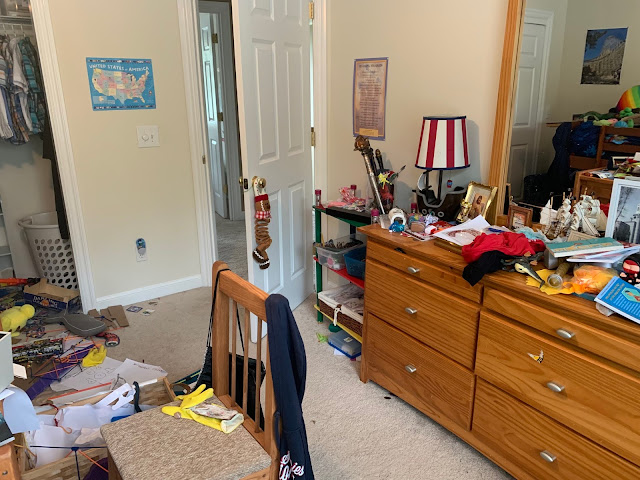 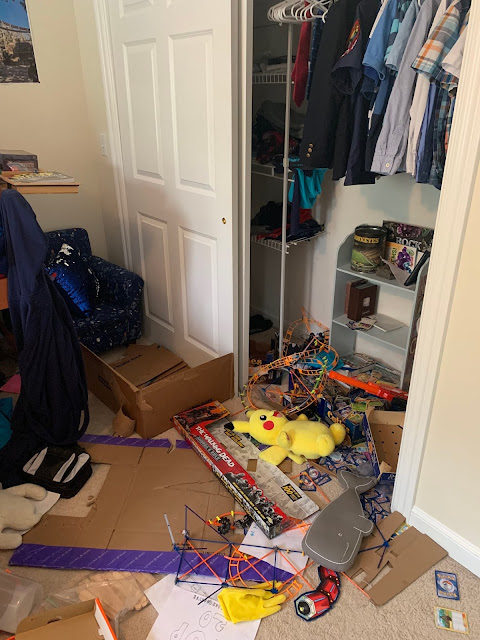 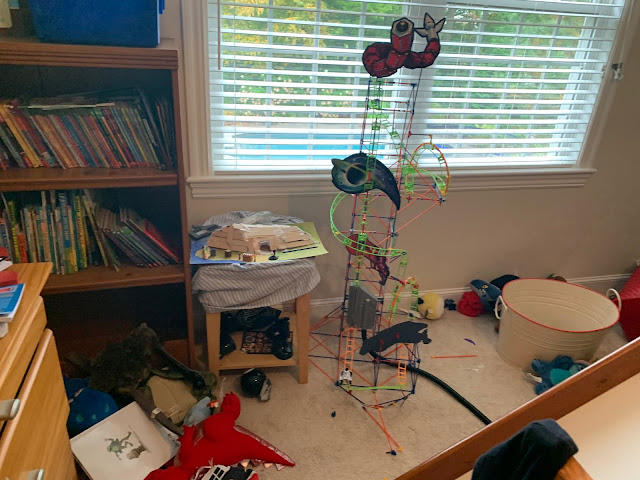 I actually think I did take some good "after" pictures but they seem to have disappeared somewhere into the internet ether. I only have a few and they're from when I was still in the process of cleaning out and organizing everything. But I guess they're better than nothing. 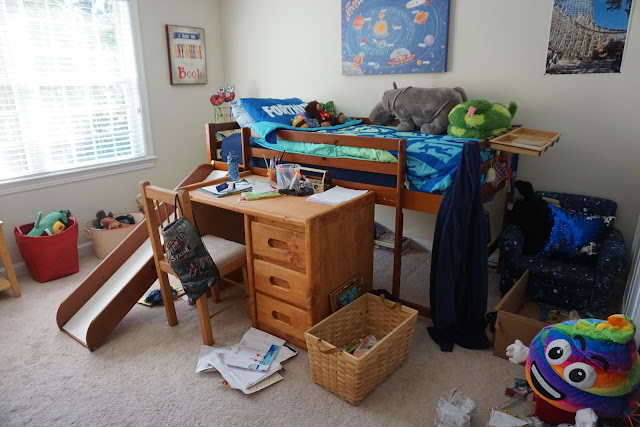 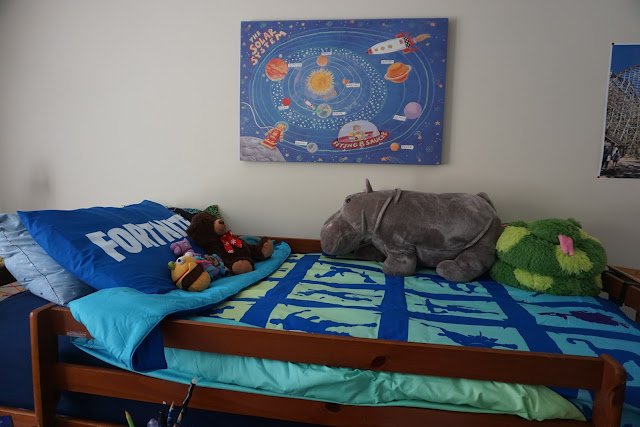 Trust me, the room looked great once I was done with it. I cleaned a lot of old things out, threw a lot of junk away, and organized everything, including getting a new shelf to hold Sam's projects. Which I wish I had a picture of. But you get the idea. I did this back in October and ever since then, he's had a much easier time keeping his room clean since there's less stuff now and everything has a place. I've also been better about making sure he works on cleaning things up more often than he was doing before (which was pretty much never). So it should be a much easier project for this coming fall. It better be!

**UPDATE!! I FOUND THE MISSING PICTURES OF THE ROOM, CLEAN AND ORGANIZED. GO HERE TO SEE THEM!!**
Posted by Donna at 2:16 PM