The boys and I flew down to Charlotte, North Carolina for Columbus Day weekend and met Peter there. He has a corporate apartment in Charlotte, and there are many weeks that he's in Charlotte more than he is in Massachusetts (unfortunately). This was our second trip to Charlotte in two months, and it was much better than the one in August.

We went to Carowinds, an amusement park that Sam-the-roller-coaster-lover especially likes. It's near Charlotte and is on the state line of North and South Carolina. 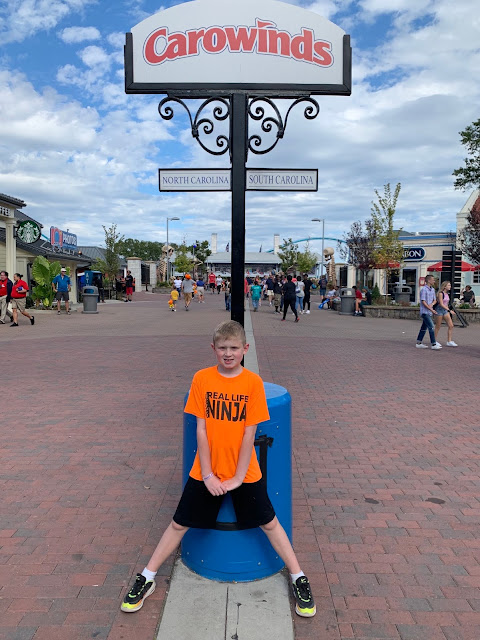 "Scarowinds" for the fall season of Halloween 🎃 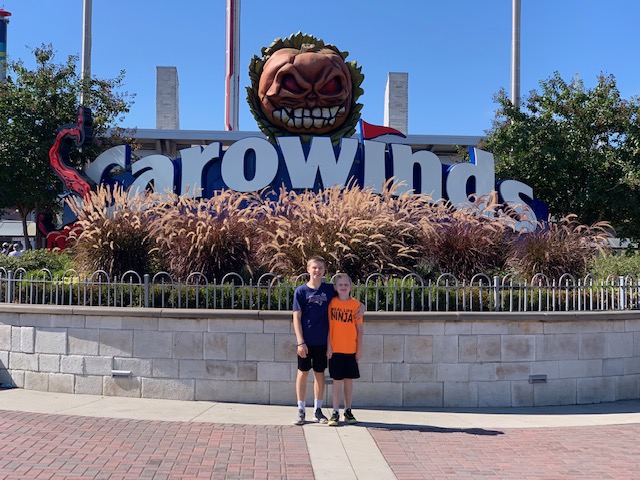 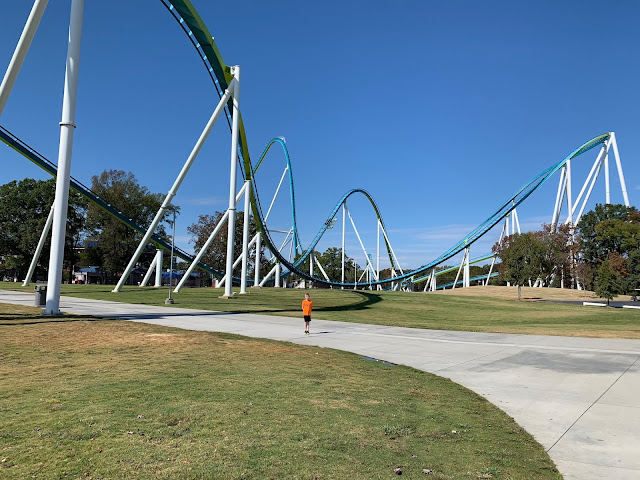 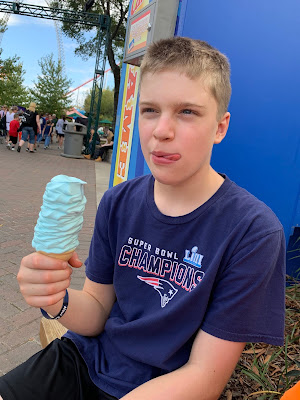 We went up in one of those slowly revolving towers that shows the view for miles around. That's the city of Charlotte in the distance. 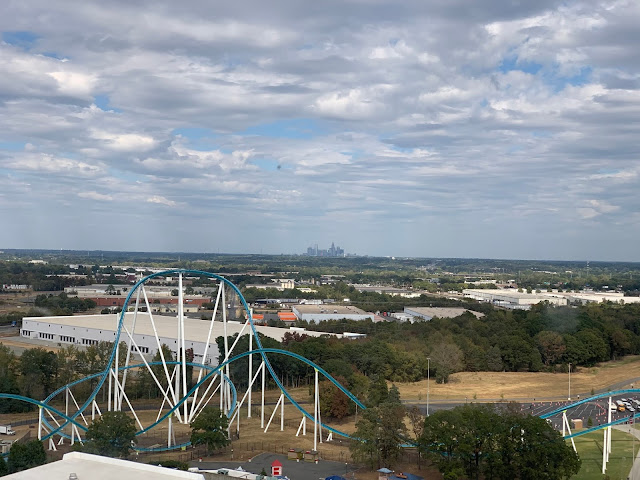 This is one of Sam's favorite coasters at this park. I went on it with the boys because it's not tall, and it was fun! 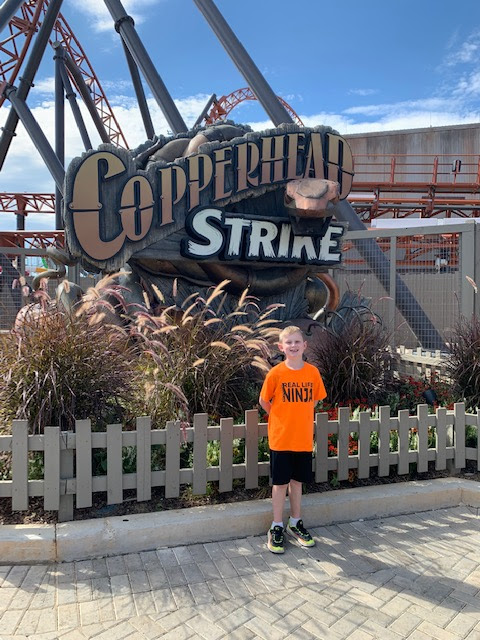 Sam was excited to go on Fury 325. It's super high and steep and has a unique design for a coaster, apparently. I didn't go on it (no surprise there)! 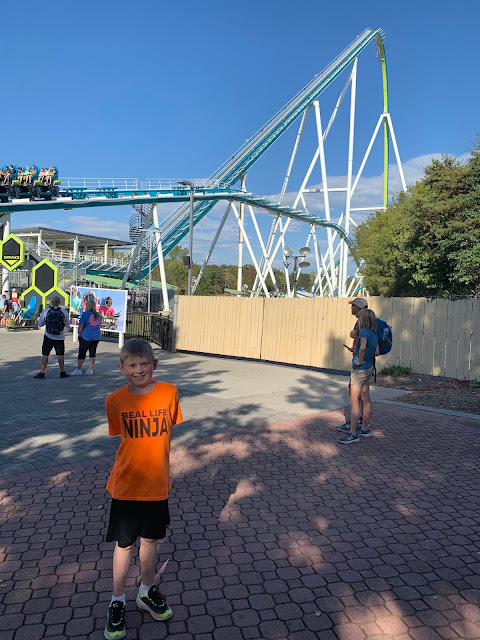 It does have a pretty cool design, actually. See how it makes a treble clef? 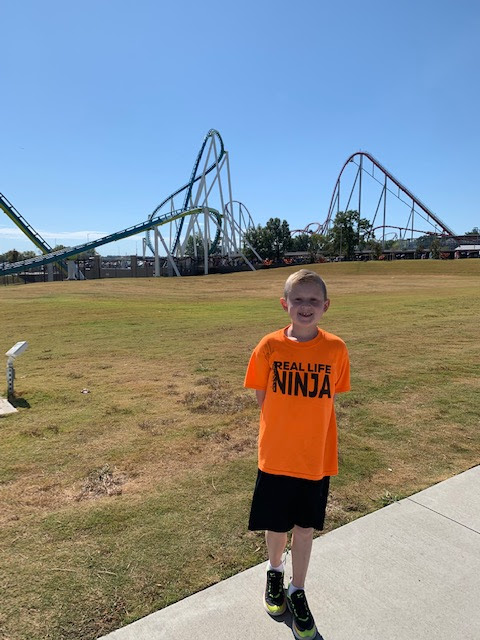 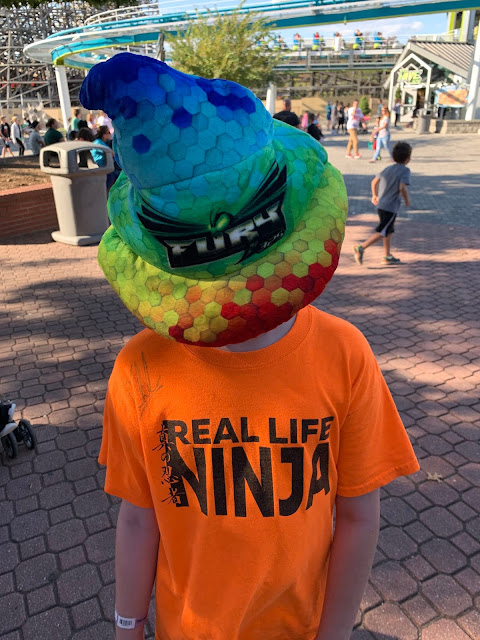 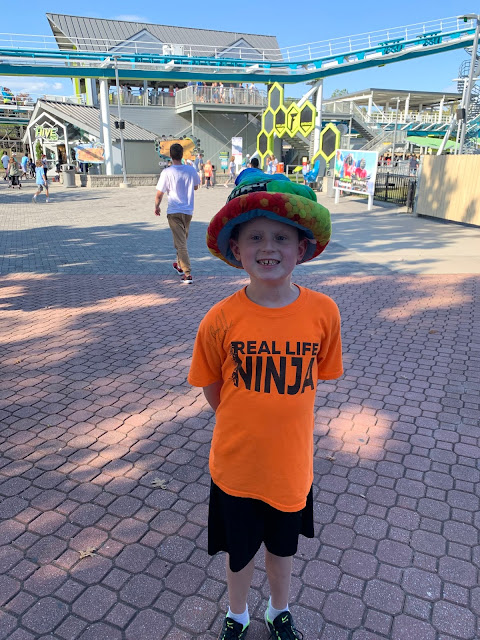 Not only did he get a Fury 325 hat, he also got a super soft and cuddly Fury 325 stuffed animal--which has turned out to be one of his favorite things. He sleeps with it every night, so it was a good purchase. The hat on the other hand... 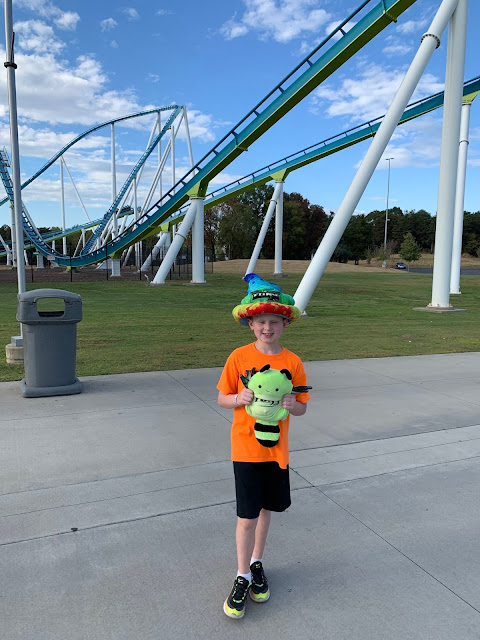 We went out to dinner one evening and there was a kindred spirit from Massachusetts parked in the spot next to ours! Seeing this made me happy! 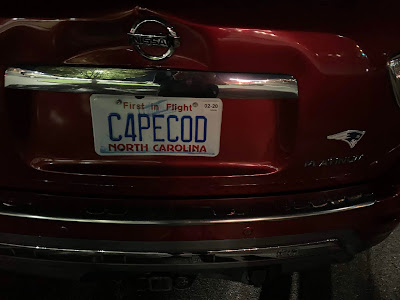 We went to an indoor trampoline park. Very soon after I took this picture Sam hit his foot hard on one of those heavy balls on the right and it really hurt and he threw up. So that was fun. 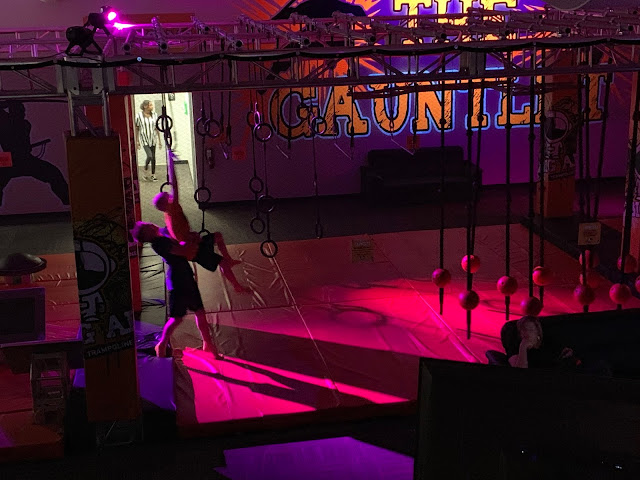 We did an escape room and beat it. 🙌 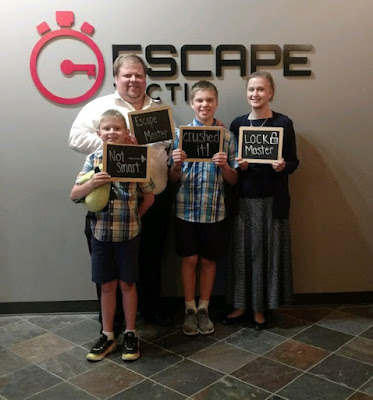 We went to a super ritzy mall and ate dinner there at The Cheesecake Factory. 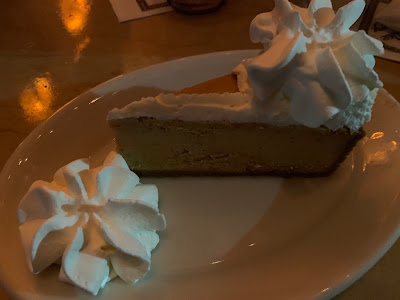 Sam and I were wandering around the mall while Peter and John waited for our table for dinner and I asked him to take a picture of me in front of this lovely rose backdrop. He did a good job! 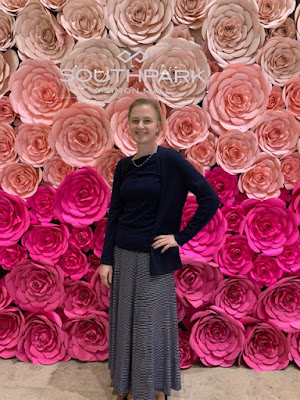 He took a picture of his stuffed animal too. 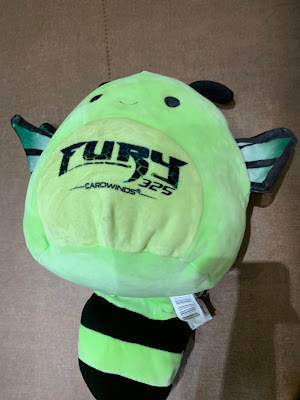 The view from the balcony of Peter's apartment. Nice pool! 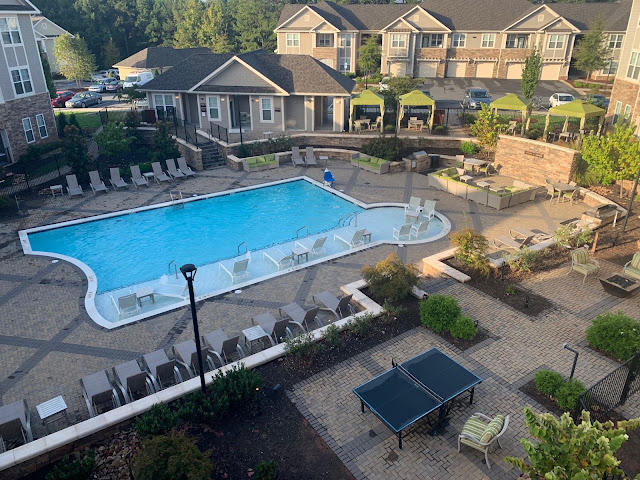 The boys and I flew back to Boston on Monday. It really was a fun Columbus Day weekend!