Sam's tenth birthday was on a beautiful late summer Friday last September. He had a fun day!

He got up early to see his presents laid out on the counter. Our tradition is that the birthday kid gets to choose one to open in the morning. 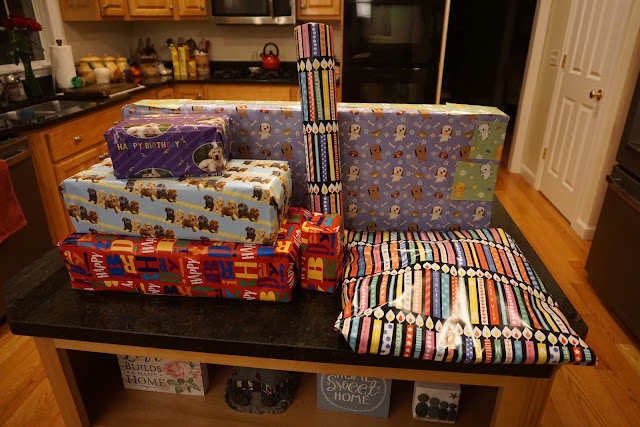 He chose this one... 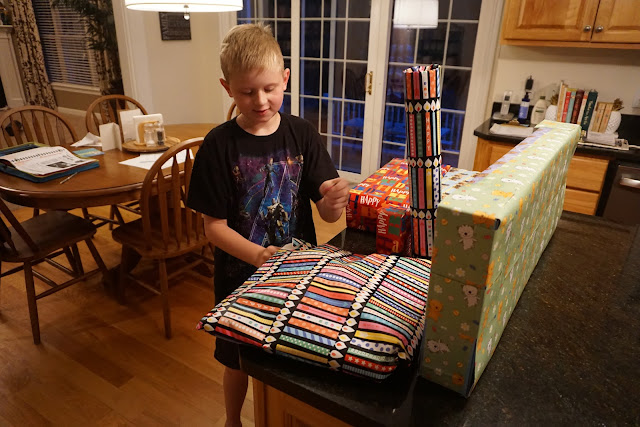 ...it was a ninja wheel obstacle that he wanted. 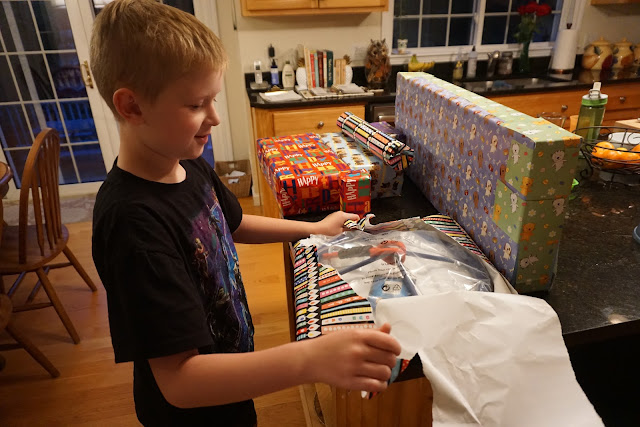 Breakfast was two of his favorite things, buttered toast and hot cocoa with marshmallows and whipped cream. And he got to use his Switch while he ate. 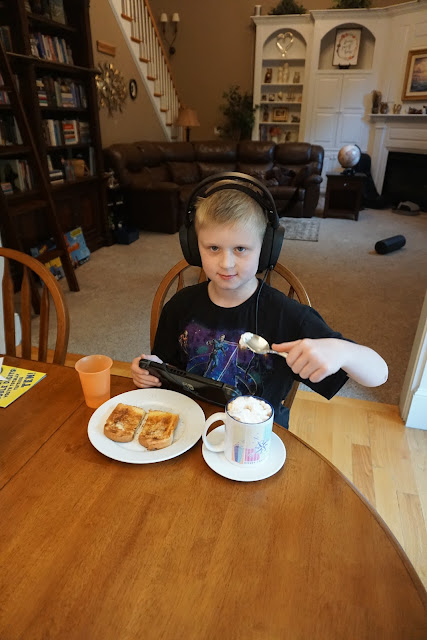 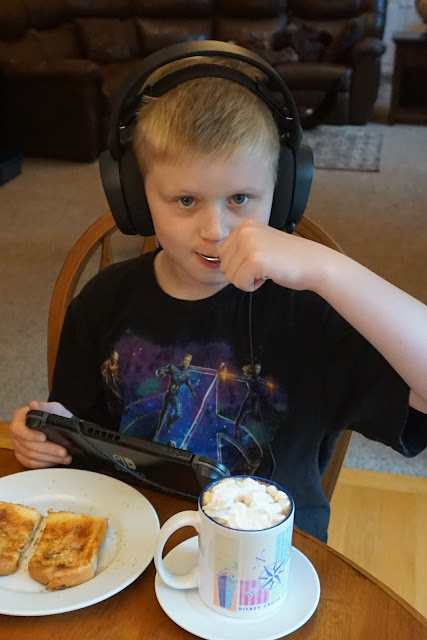 When he got home from school he was eager to open another present, so I let him, because why not?
It was another ninja obstacle for the slack line outside. 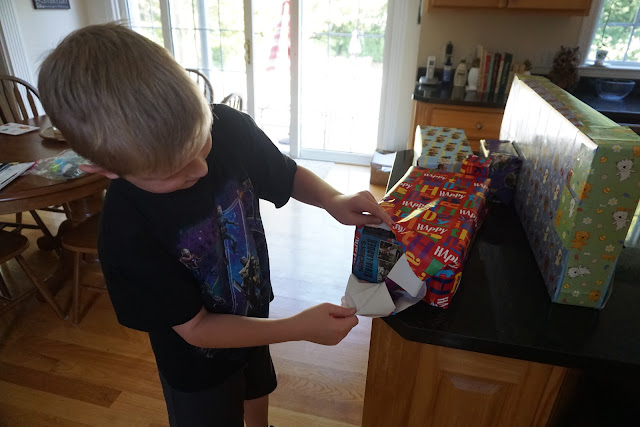 He put his new obstacles up that afternoon and started using them right away. 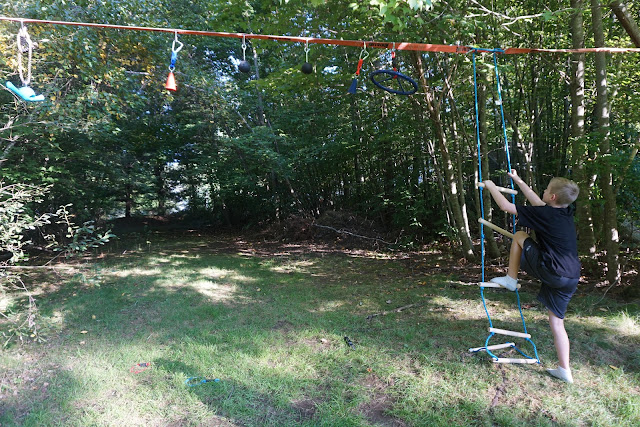 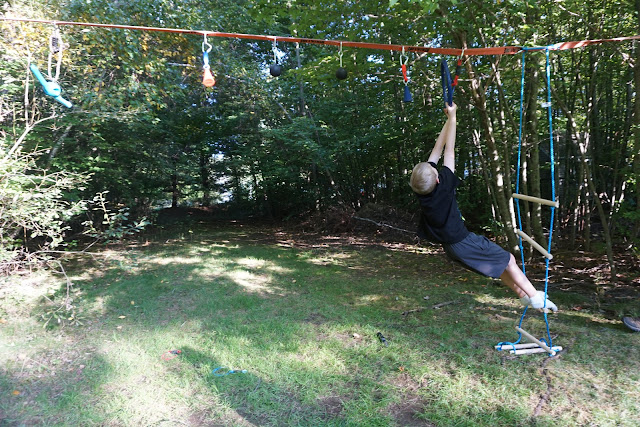 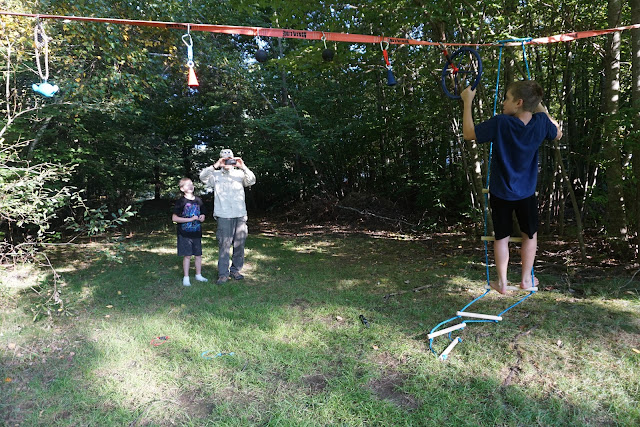 My dad arrived from his long drive from Utah that afternoon, and Peter got home from his travels in time for dinner. Sam opened the rest of his gifts after we ate his choice of a taco dinner. 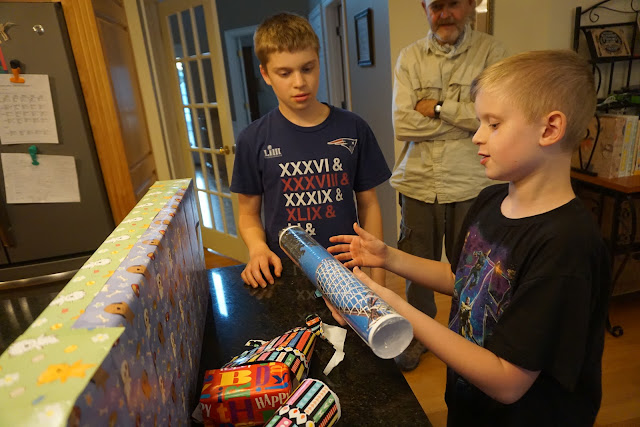 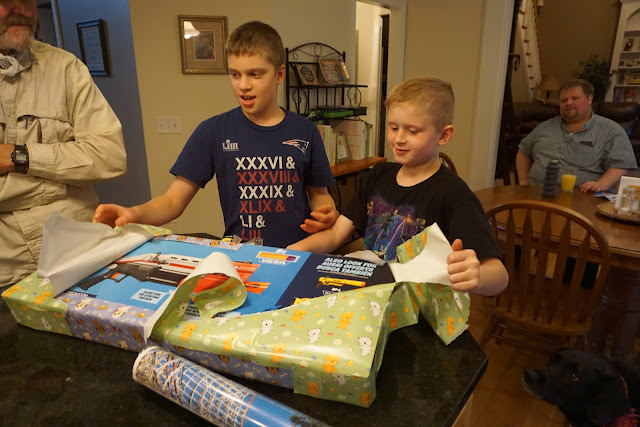 His big cake had been at the family party the week before, but I got him a little cake for his actual birthday.
It's not a festive birthday without cake and candles and singing! 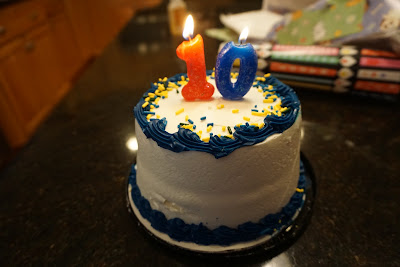 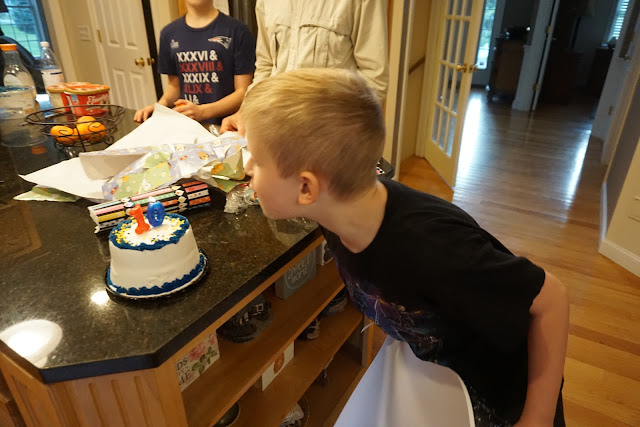 That evening, we drove to Connecticut to stay overnight at the same hotel we stayed at in 2010 before we moved to Iowa when Sam was just a baby. We were going to Six Flags New England the next day and the drive is a lot faster from CT than MA. 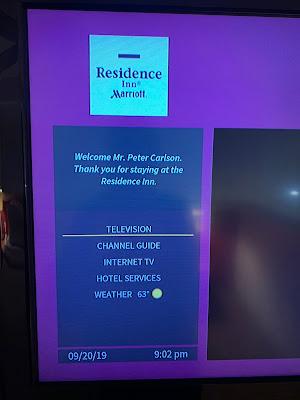 Six Flags had their Halloween decorations up, hence the blood-red fountain of water. 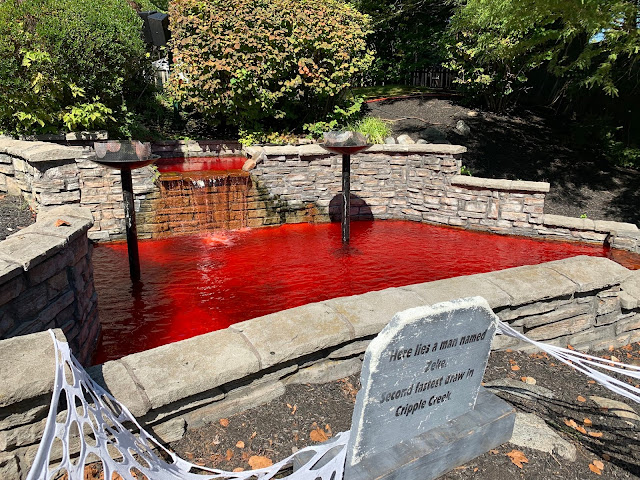 One of Sam's favorite things is roller coasters which is why he chose to go to Six Flags for his birthday for the second year in a row. I rode Wicked Cyclone with the boys and it was fun but all the air time freaked me out a little! But I did it for Sam! And it's not a tall coaster, so I could handle it. 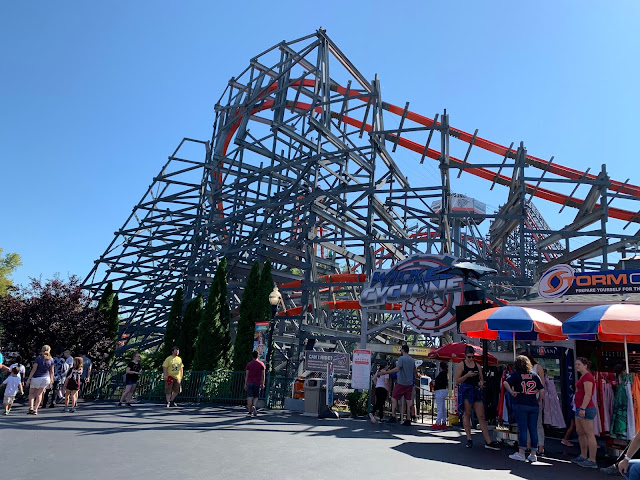 The year before when we were there Sam was too short to ride the Superman coaster, but this time he was tall enough to go on it. (I will NEVER go on that coaster, it's way too high and steep for me!) 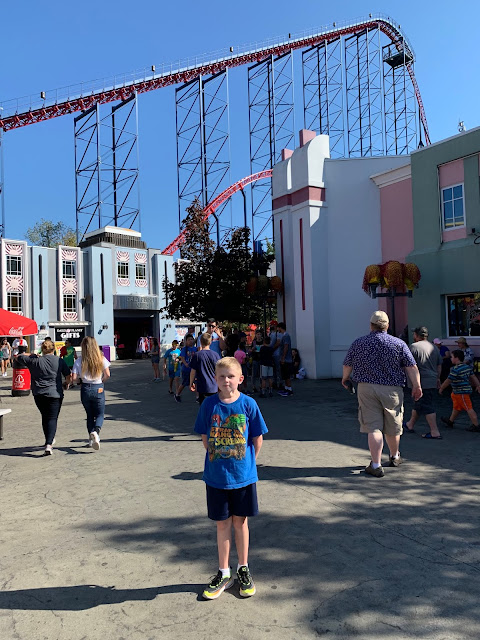 We spent a warm but fun day at Six Flags and then we went home. It was a fun birthday weekend for Sam! Welcome to the age of ten my little love! (Even though it happened six months ago 😄).