1.  On Sunday school got cancelled in Massachusetts until April 7th. But that's a Tuesday so I think they meant the 6th. Confusion ensued (and still ensues). People have been saying the 6th so I'll go with that. But I have a feeling it's going to go longer than that. 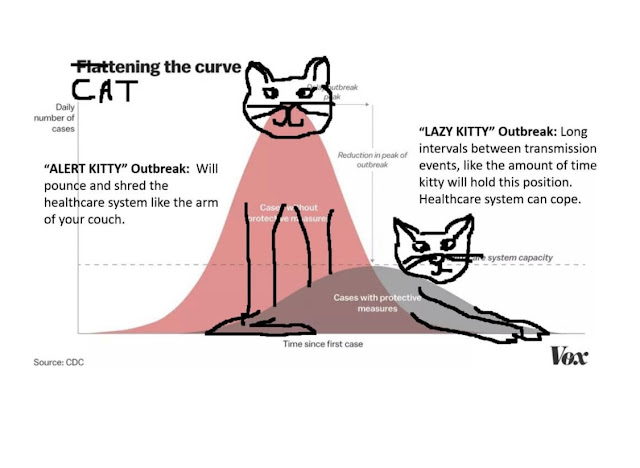 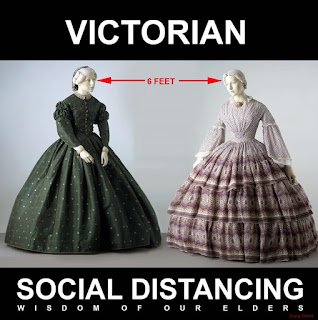 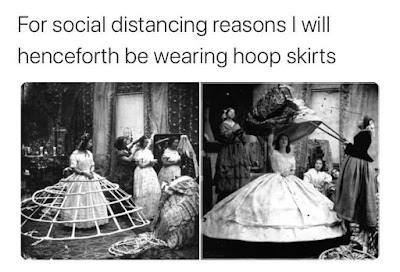 3. On Tuesday after a night of poor sleep I still got up early to do an early-morning grocery shopping/scavenging trip. This was a smart move. The store had been re-stocked overnight so I was able to get most of what I wanted, and it wasn't too crowded (although definitely more crowded than usual for 7:30/8:00 on a Tuesday morning). At Target I observed enforced rationing of certain products like toilet paper and water. Cue the feeling of being in a young adult dystopian novel. 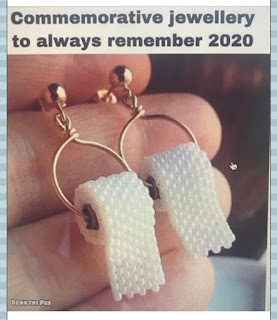 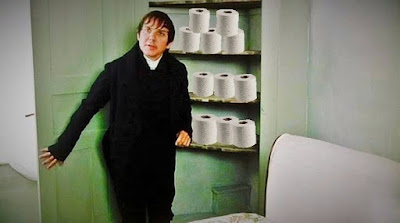 4. On Wednesday I had my first little freak-out/anxiety attack of frustration as I more fully realized that this is the way life is going to be for awhile. It's a big difference to go from being alone for most of the day and having almost complete control of my schedule to having the boys AND Peter home all day, every day, 24/7. The regular daily routines that I thrive on have been disrupted. It's harder to get things done. I'm not sleeping as well and my skin is breaking out. I'm worried about the economy and how this will affect so many people and so many things. I'd been doing okay since last week with all of this but a week in it lost its novelty and was getting to me more. The breaking point came when I wasn't able to get Skype onto John's phone in time for his now-online trombone lessons. Techonology, apps, usernames, and passwords can be exasperating! I uttered a few un-choice words to myself which I later repented of. So, on Wednesday I felt stressed. 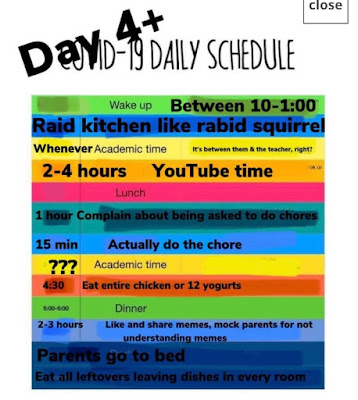 5. On Thursday I felt better. I think I needed to get Wednesday's anxiety attack out of my system. I kind of figured out a more flexible strategy of getting things done while still being attentive to my family that worked pretty well. At least for that day. Peter and I returned his rental car since he won't be needing it since we're not going anywhere. I baked muffins. I took down the winter decorations and decorated for spring and Easter. It was the first day of spring after all, though it was chilly and wet out. I missed regular life, which was still happening at the beginning of last week. 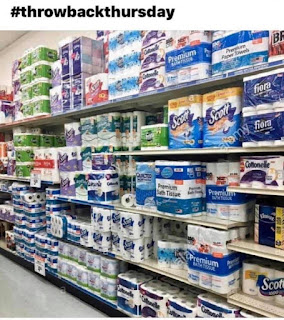 Here are some other funny things I've been seeing that have direct relevance to my life right now: 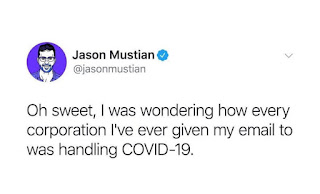 My jaw dropped when I found out that the Salt Lake City area of Utah had an earthquake on Wednesday morning. The angel Moroni's trumpet on the Salt Lake Temple fell to the earth. Coincidence? I don't think so. 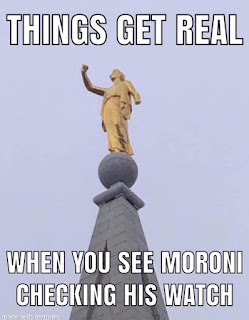 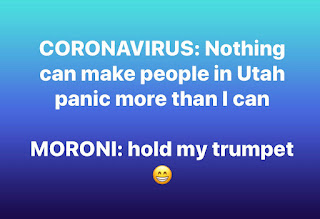 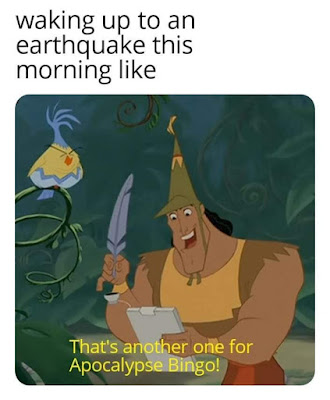 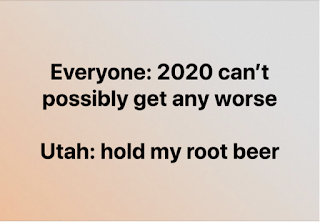 Maybe it's not from the lab in Wuhan, China after all... 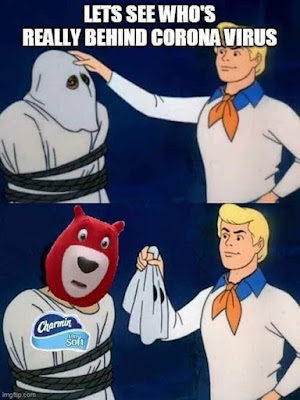 
I hope everyone's doing as well as can be expected. Stay healthy, stay safe, and stay home! If in the weeks to come we're saying that we all over-reacted then that means that all of the precautionary measures we took WORKED. 🙏