Now I'm on to February of this year...hurray! The race to catch up to real time is being won, one blog post at a time. :-) My plan is to finish blogging about February by the end of the month (ideally before Thanksgiving) and to do March and April in December before Christmas. The best-laid plans of mice and men and Donna will NOT go awry!

Anyway, as it usually does, February started out with the Superbowl, an event that I don't care that much about, but it's fun living in New England again when the Patriots are as good as they are so they go to the Superbowl a lot.

I bought these cookies that my friend's sister made. I can't believe how well-decorated they were. Look at that attention to detail! 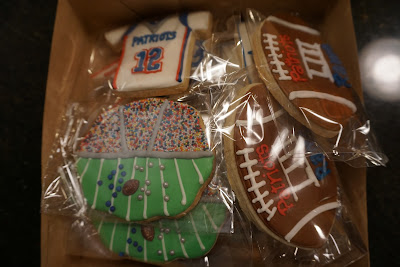 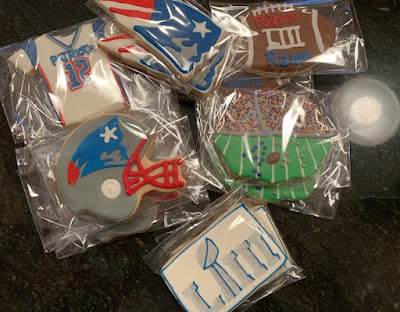 It was a boring game, and all that really mattered was that the Patriots beat the Rams. I still get a kick out of this picture of Robert Kraft on the right, owner of the Patriots, gleefully happy at the end of the game, and Roger Goodell on the left, the NFL Commissioner who is no fan of Tom Brady and the Pats, looking the opposite of gleefully happy. 😂 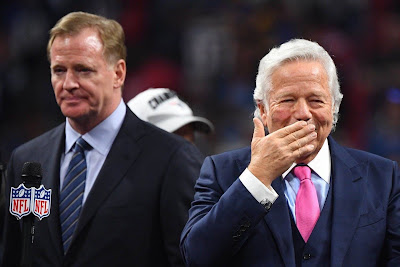 Kraft = New England, and Goodell = the rest of the country. Ha ha!

We set up the bounce house for the occasion. It was the first and so far only time we've used it in the new house. The boys are definitely outgrowing it but they still have fun with it. 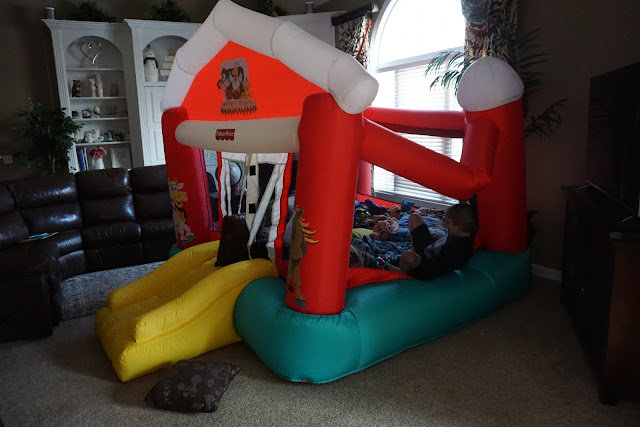 That might be the most I've ever written about football on my blog!

This is a weird combined post about two things that have nothing to do with each other. I'm trying to be efficient in getting all caught up and my blog posts aren't always going to make a ton of sense. Sorry about that (not that sorry). 😏

Look how comfortable Violet and Boo Boo were lying inside in the warm sun on a cold winter's day! 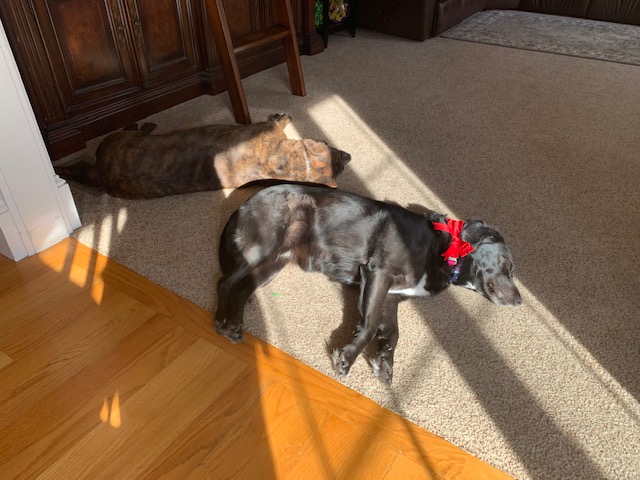 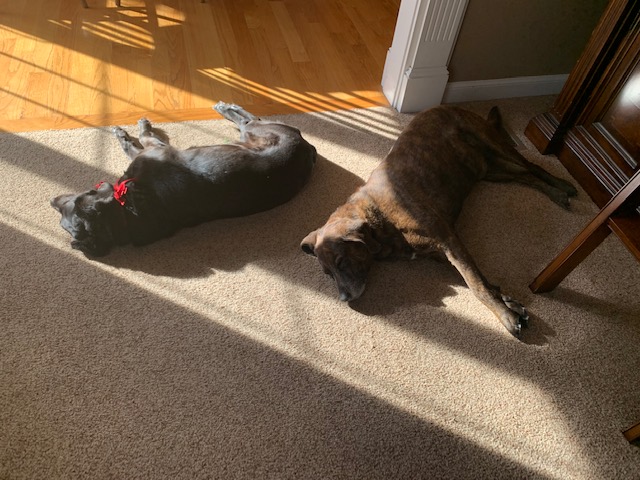 And while I'm on the subject of the dogs, here are some other pictures of them from February.

Boo Boo is very attentive when Sam eats a snack on the couch. It's so much closer than the table, after all! 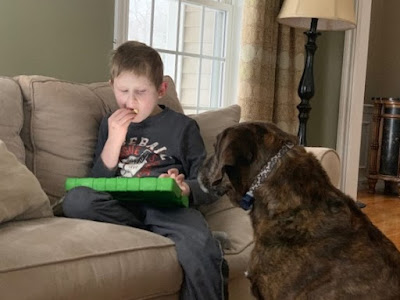 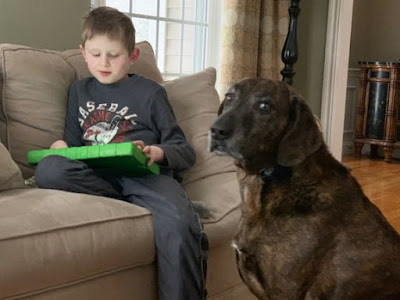 Sam thought it was funny and didn't give him anything. He's not as soft-hearted as I am! 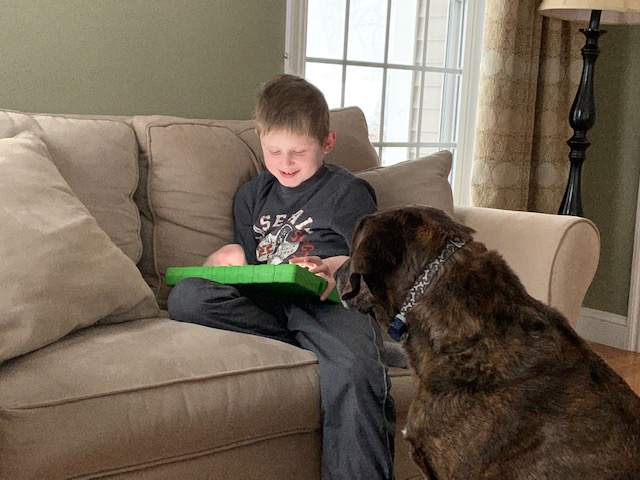 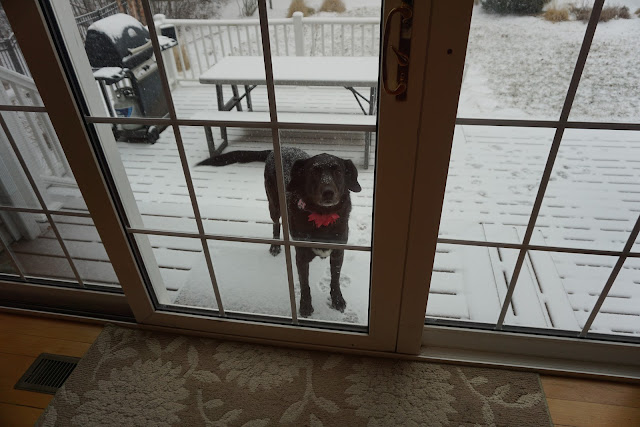 I like how the white snow looks on Violet's black fur. She's my little Snow White! 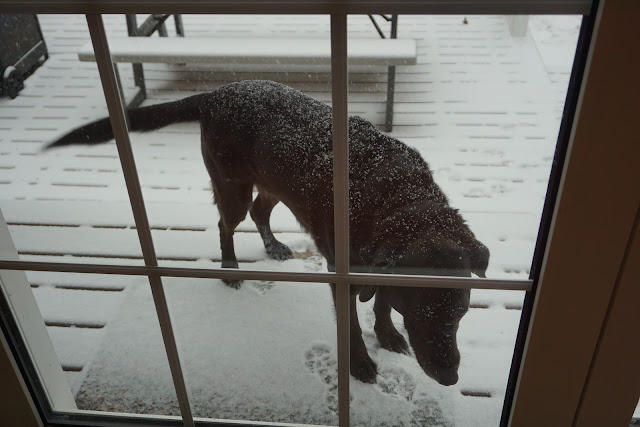 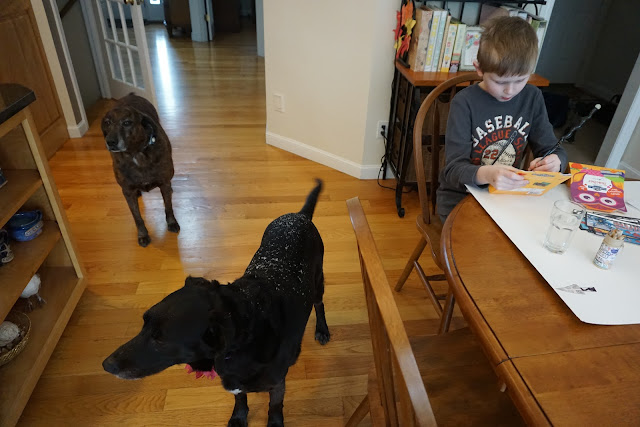 Always a welcome sight when I go up or down the stairs. I want him there always! 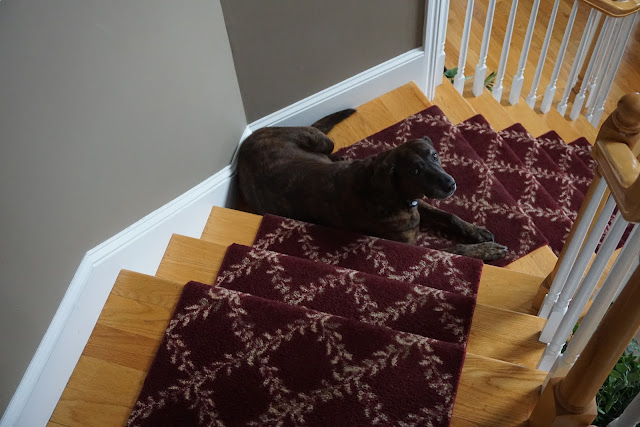 Football and dogs, guess which one I love more (a lot more!)?
🐕