Oh What Do You Do in the Summertime? Housework.

Last July was not the most exciting of Julys (that looks kind of weird but I think it's correct. The plural form of two other months that end in "y" is "Januaries" and "Februaries," but "Julies" looks pretty silly, so we'll take a page out of May's ("Mays") book and make it "Julys.") ANYWAY, I spent most of the month unpacking and working on getting the new house organized. We didn't get to the Cape until the end of the month, which is very unusual for us. But that was in keeping with a very unusual summer.

The first room that I unpacked and organized was command central--the kitchen! 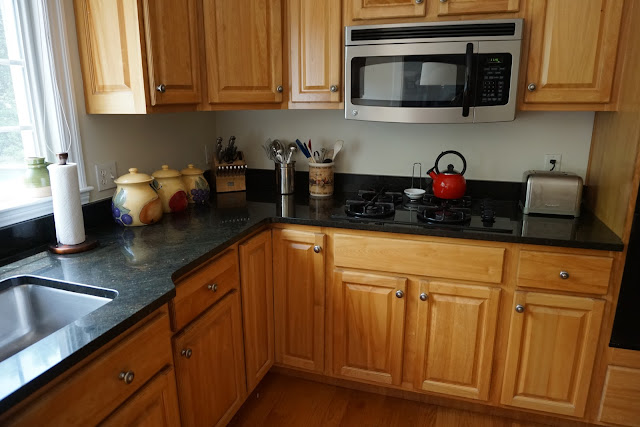 It was still so bare and empty! 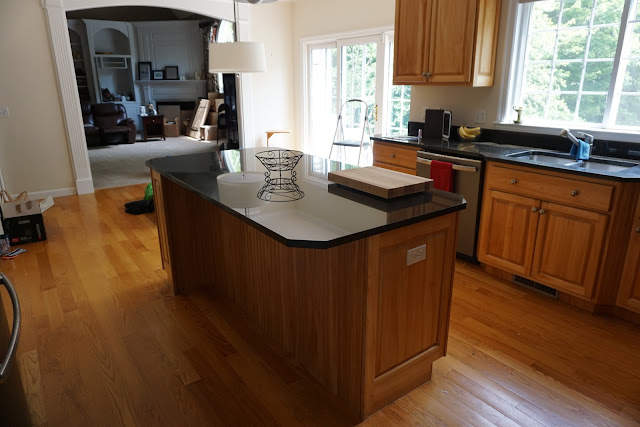 I bought myself a housewarming gift (courtesy of Von Maur in Iowa). 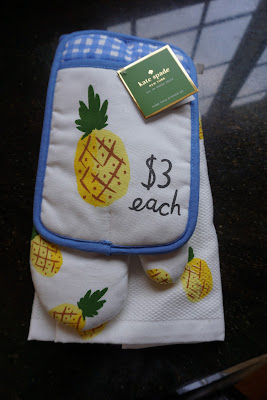 First picture of Boo Boo in his new digs! 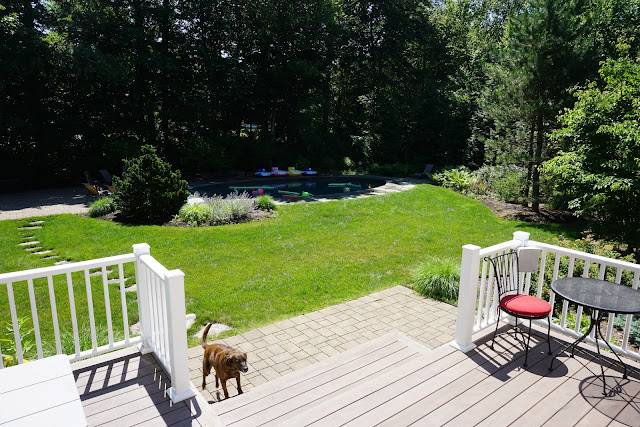 It's crazy but only four days after moving in we hosted a 4th of July BBQ and pool party for Peter's family. The house wasn't at all ready for social gatherings but we spent most of the time outside anyway. They helped us put together our new trampoline, which was nice. 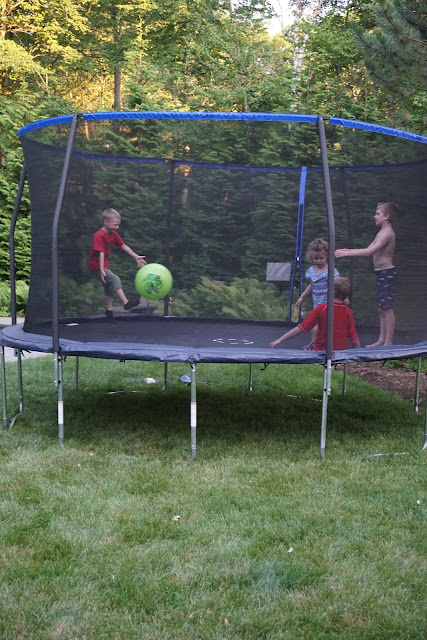 Sometimes I like to pretend that Naomi or Lizzie is my long-lost daughter instead of my kids' cousin! Hee hee. 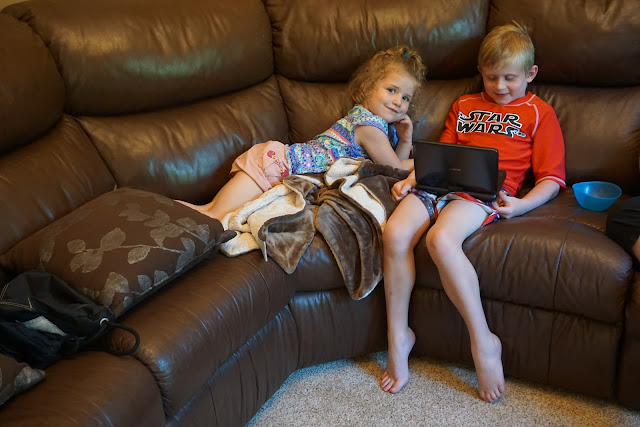 A pretty arrangement for the 4th that I bought at Target. This was the one and only 4th of July decoration that we had up. The rest was still in boxes. 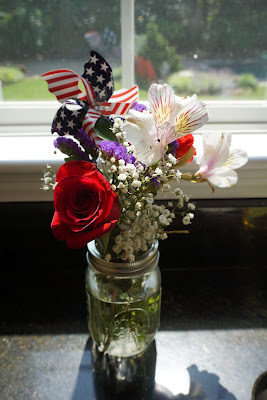 Magna-Tiles were one of the only things unpacked that the boys could play with our first few days there. 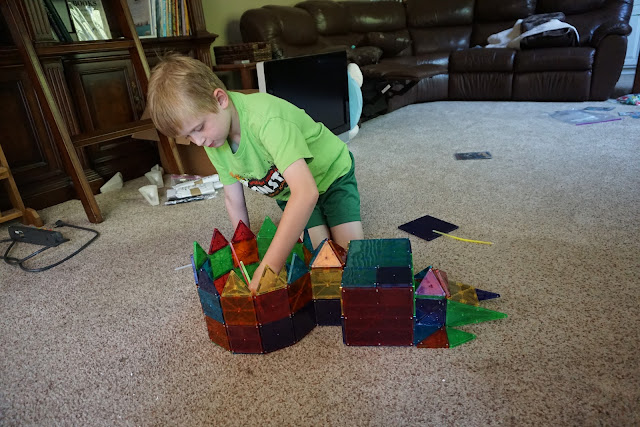 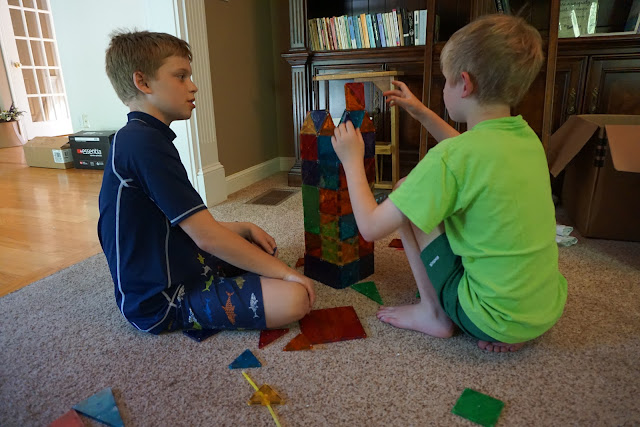 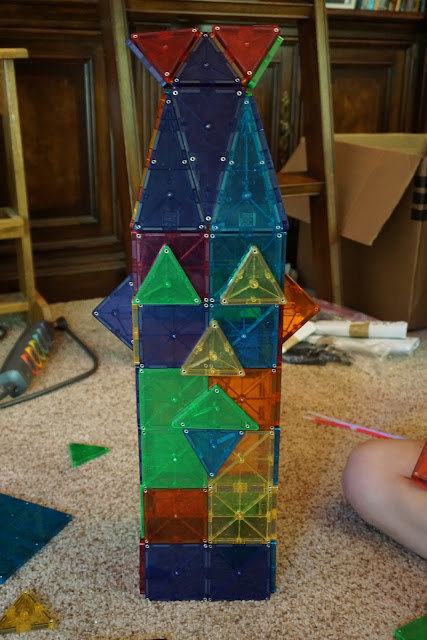 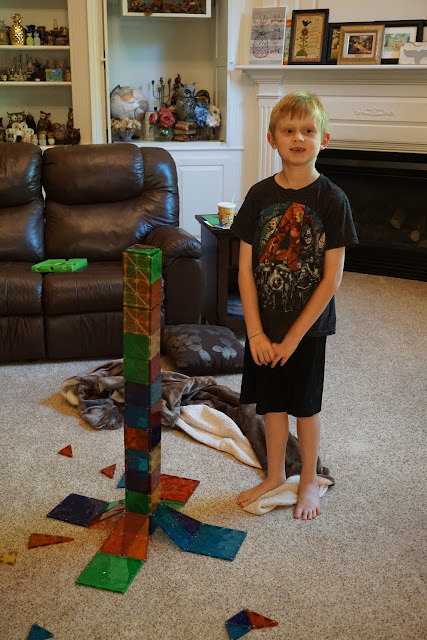 Eating breakfast on the dining room windowsill. Who needs a table anyway? (Even though there's one right there. It even had a table runner on it!) 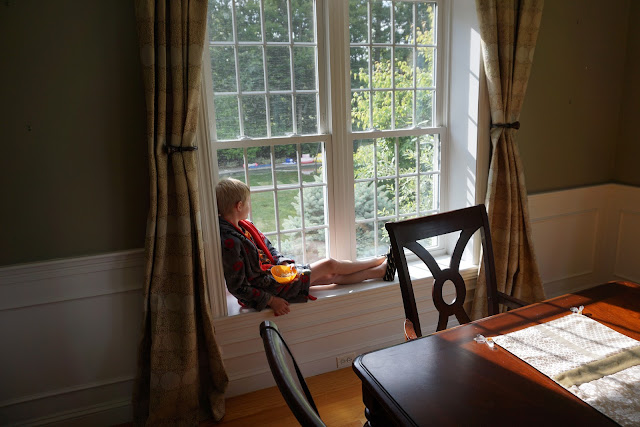 I should take a picture of Sam every year in this spot to track his growth. 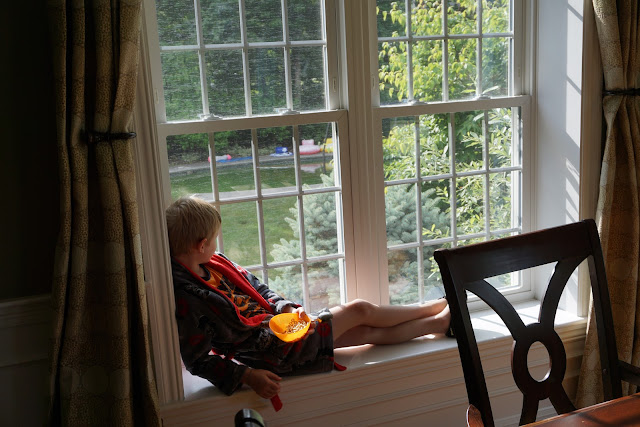 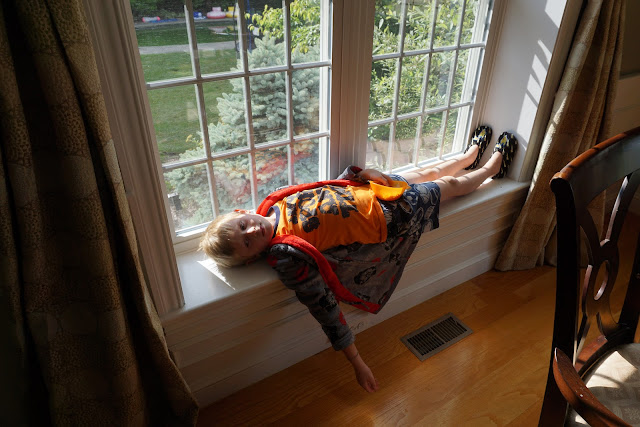 I missed our Iowa backyard, but I had to admit that this one was a pretty nice replacement! 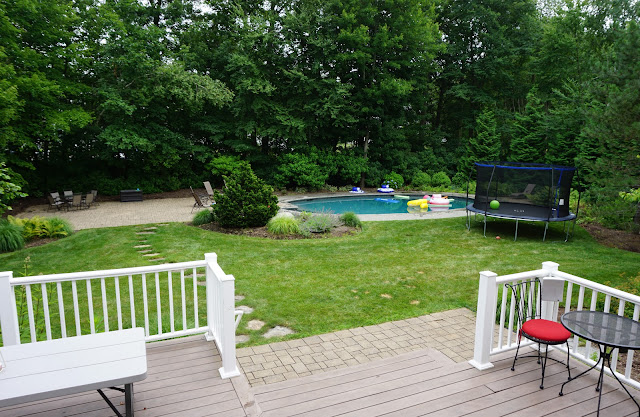 The garage looked like this for most of the month. So much packing paper! 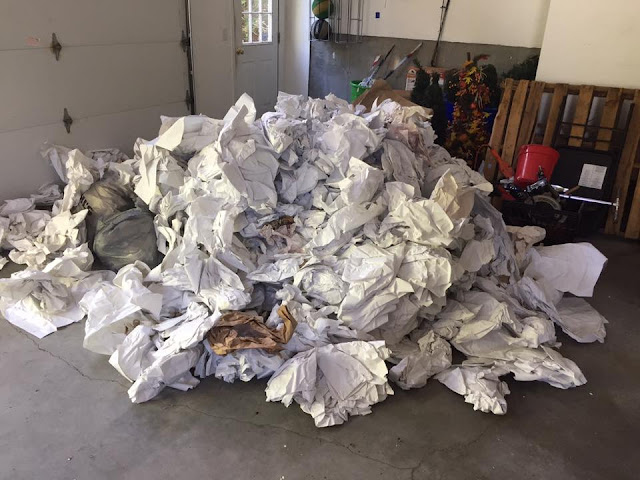 There were a lot of boxes too but my mom's friend who was moving took a lot of them, and a family in our new ward took most of the rest. It's usually pretty easy to pass good sturdy moving boxes along. Gotta keep them moving! (Get it? 😉)