June 10, 2018 was our last Sunday together at the Iowa house before I dropped John off at his overnight summer camp and before the movers came two days later. I had to take pictures of the boys in front of what will always be their childhood home. It wasn't easy to get these pictures because they had been fighting and Sam was especially mad at John, but I threatened/bribed/cried (I don't remember which, but probably some combination of all three) and they cooperated (although Sam's "smile" is rather forced, as you will see 😂). 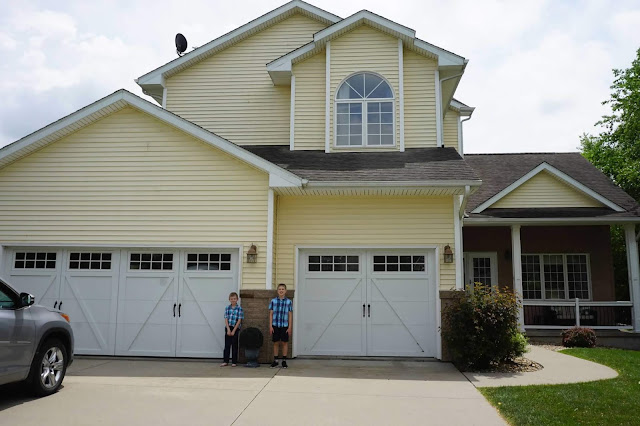 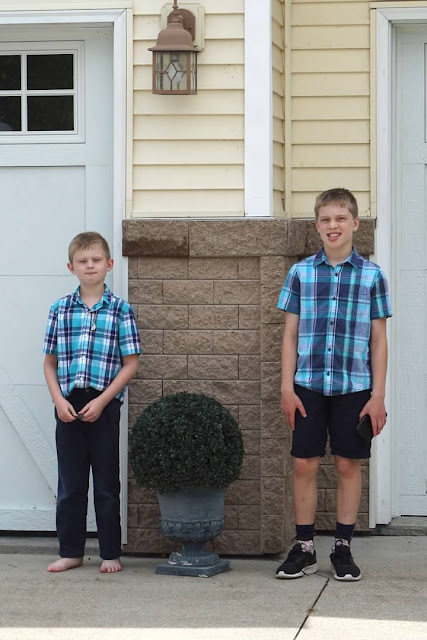 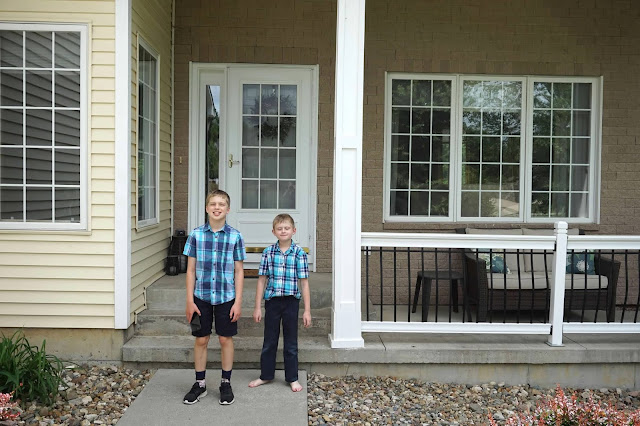 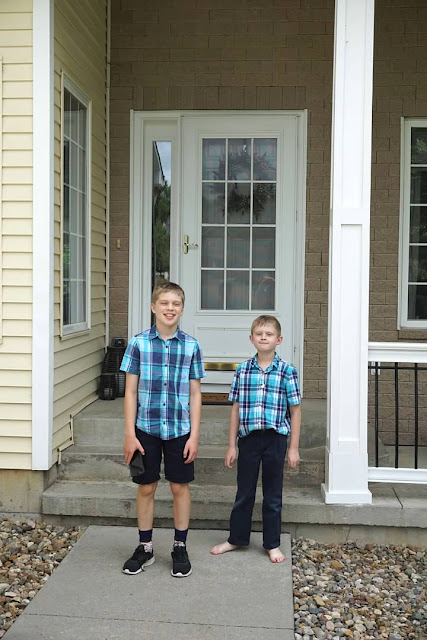 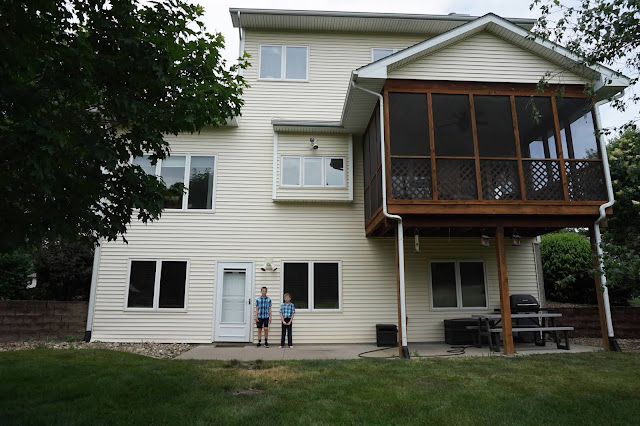 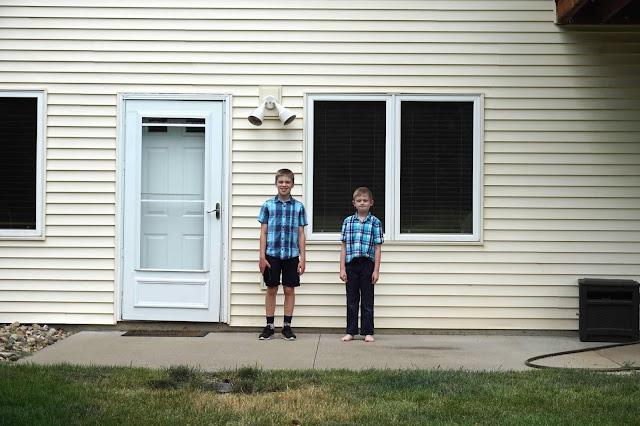 My idea for these photos was to do a re-creation of a photo I'd taken almost eight years earlier soon after we'd moved to Iowa. First, here are the current ones (obviously), of John at age 13 and recently done with 7th grade, and Sam at age 8, done with 2nd grade. 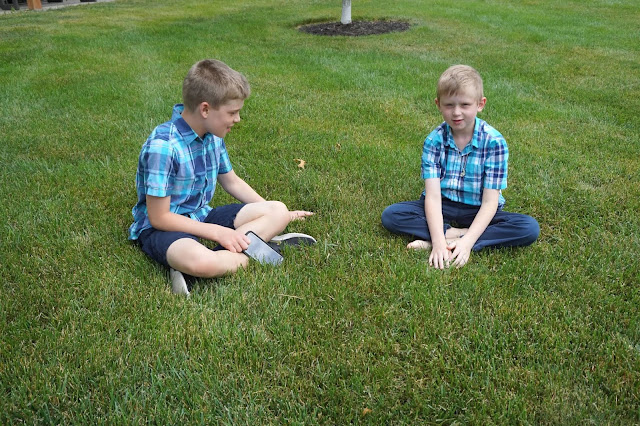 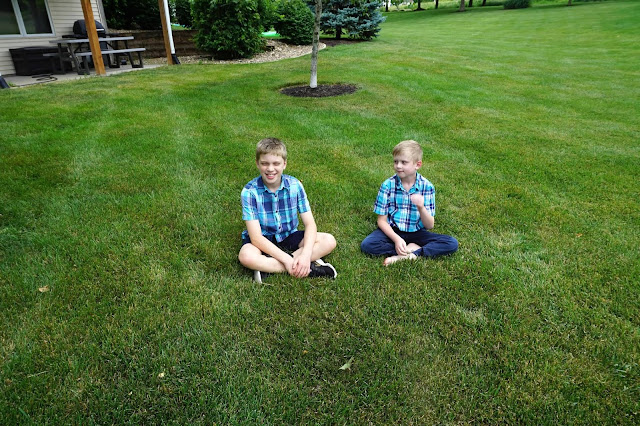 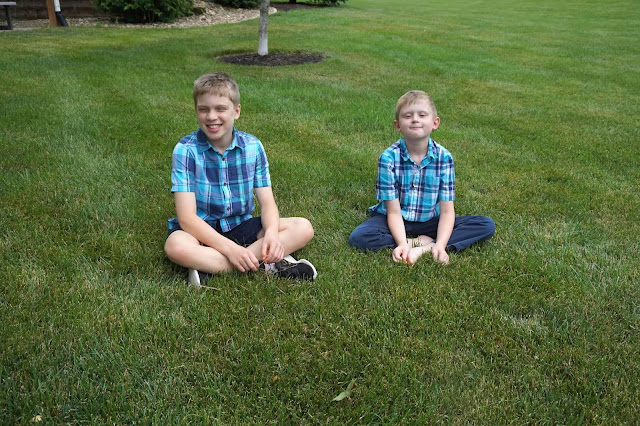 And here they are in right around the same spot in the backyard in September of 2010 when Sam was about to turn 1 and John was 5 and had recently started kindergarten.

Look at those chubby little faces! 💕 Also, Sam still looks like he's kind of on the fence about John. 😄 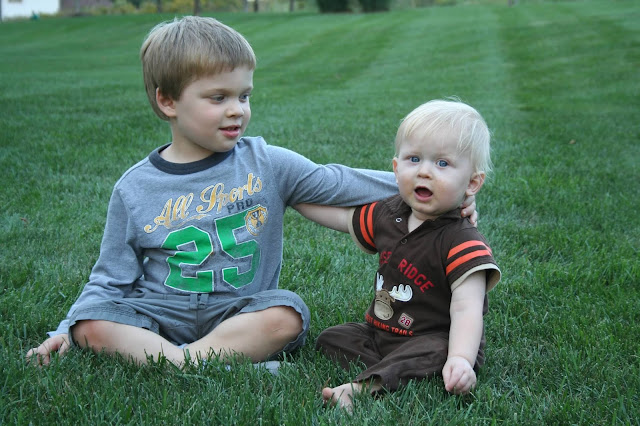 There was no way Sam was going to let John touch him that day so it wasn't a perfect re-creation. But I love the comparison. We had a wonderful life in Iowa and the boys grew up so much in so many different ways there. Iowa will always hold a very special place in our hearts.

A few others pictures of the boys in the yard from back then... 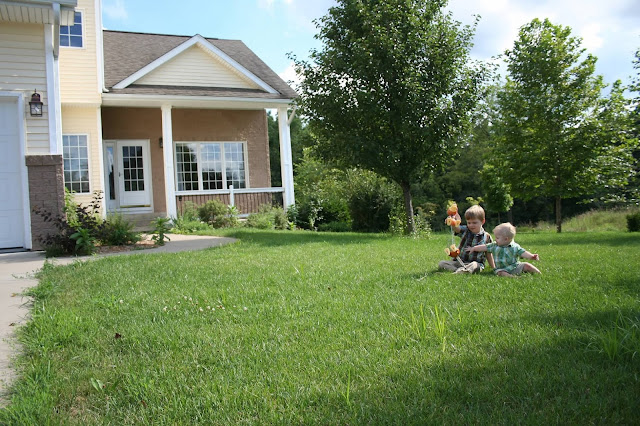 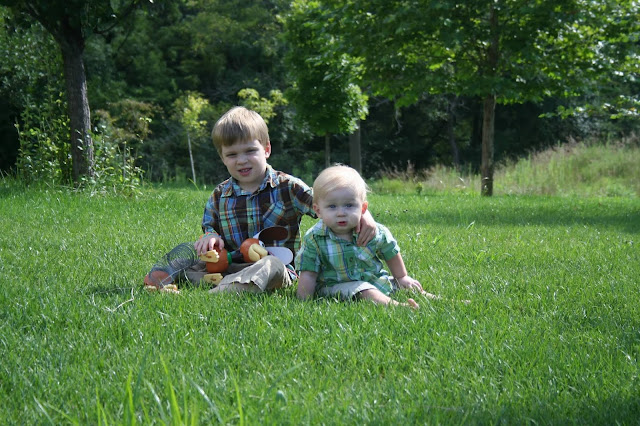 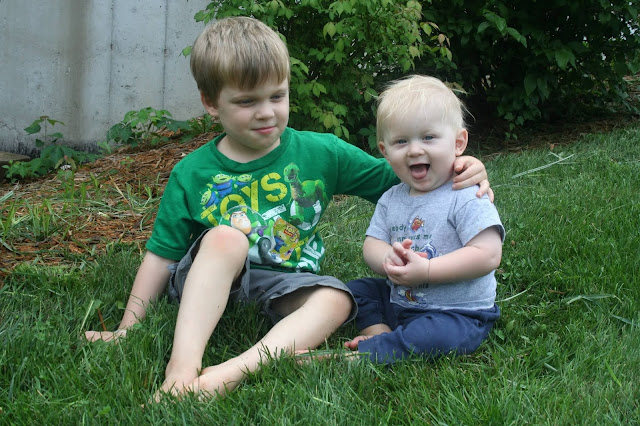 Someone please pass me the tissues! 😭