Friends, and Snow, and a Very Bad Cold

One of John's best friends for most of our eight years in Iowa was a boy his age named Abe who lived in our neighborhood, which made things very convenient for them (and for me!). Abe's younger brother Ike was a grade above Sam and he and Sam got along well together, so one or both of these brothers would often be over at our house throughout the week. It was good friendships like these that in part made moving away so hard!

The boys had a lot of fun with our big sandbox over the years. When it was warm enough out they could use the hose and they made all kinds of neat creations with the sand and water. 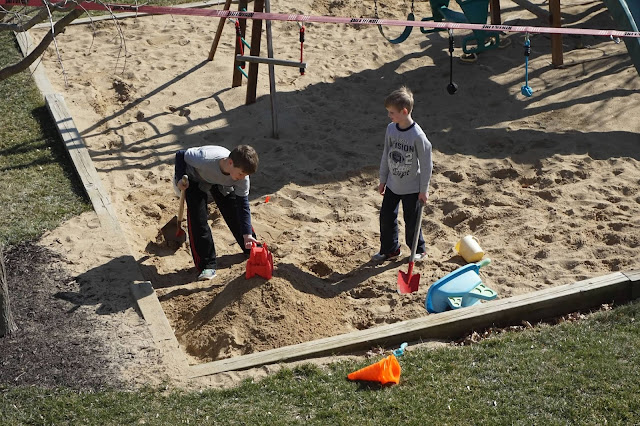 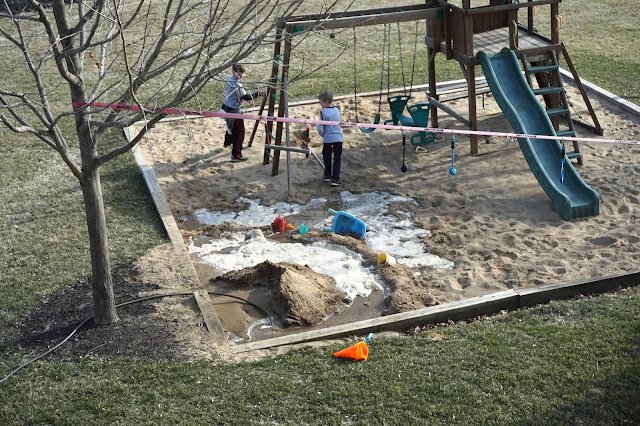 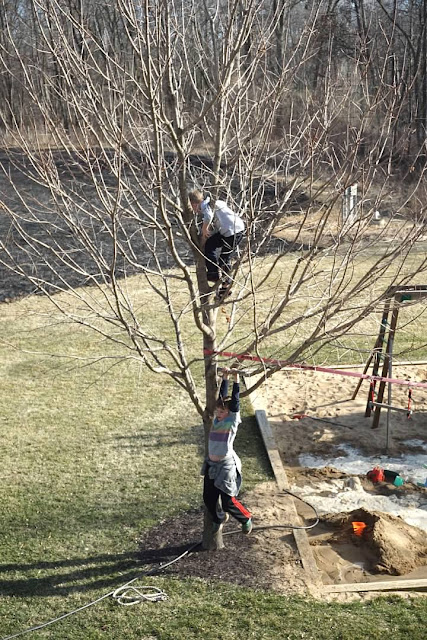 Here they are on a different day last March doing some more designing and digging. That sandbox and swingset and the backyard in general provided literally hundreds of hours of entertainment for the boys and their friends over the years. 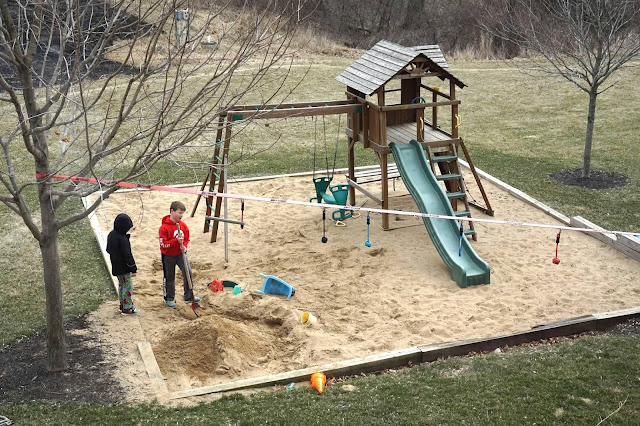 The boys had a double sleepover with Abe and Ike at our house one Friday night in March. It was fun for them, but I was coming down sick with what turned out to be an awful cold, and a howling winter storm moved in that night, and Peter was away traveling, and I barely slept. But the boys had fun! 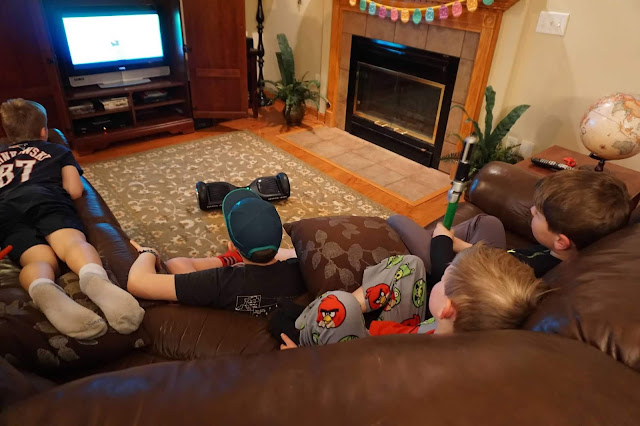 John and Abe figured out a creative way to ride the hoverboard together. 😂 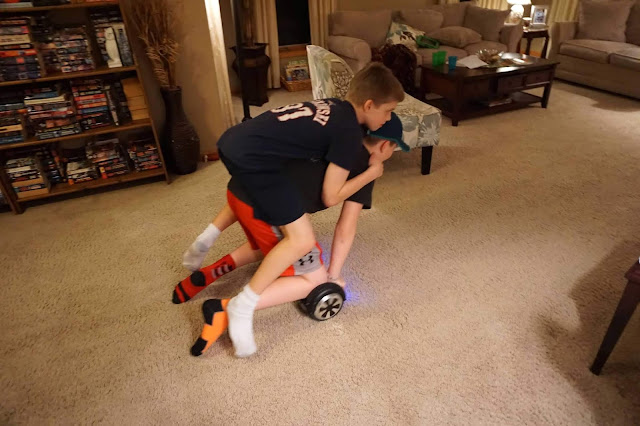 Speaking of that cold and that storm...I was so sick and uncomfortable with a horrible chest cold the rest of that weekend and well into the following week. It was truly one of the worst colds I've ever had. I drank a lot of water and herbal tea with honey but they didn't do the trick the way they usually do. And Zicam's homeopathic tablets were nothing in the face of this beastly cold. Even when I pulled out the big guns (a.k.a. heavier meds like Tylenol Cold Severe) this cold from hell (pun intended) stubbornly resisted! 😷 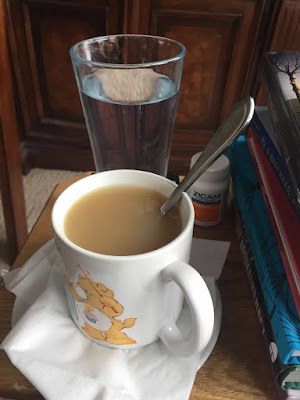 It snowed quite a bit and covered up all of the pretty spring (and ugly black ash of the field) that had been starting to bud. Crazy March can never seem to make up its mind! 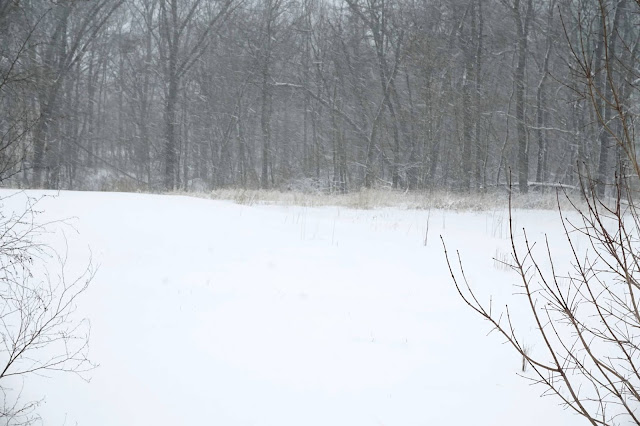 Sorry boys. You can't use the hose. Ha ha! 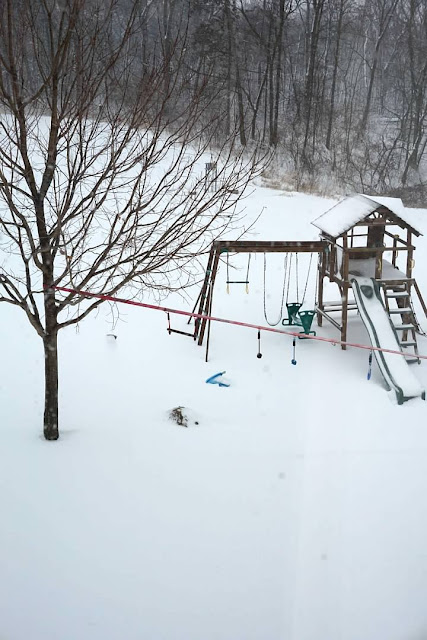