Sam decided to be a taco for Halloween last year. 😆 He saw the costume at Target, he loves tacos, there wasn't any particular superhero or other character that he was into, and so it was a perfect match.

The costume turned out to be a hit! People got a real kick out of it, much more than I thought they would. 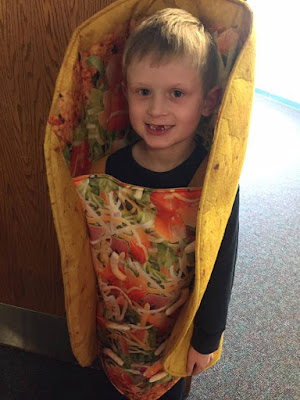 I made sure not to skip the ward trunk or treat party because I'd found out two days earlier that we were going to be switched into a new ward the following Sunday at Stake Conference, so this was was sadly our last activity in the Iowa City First Ward. 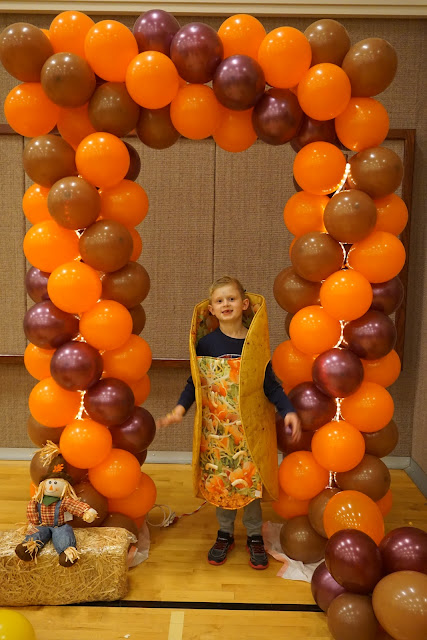 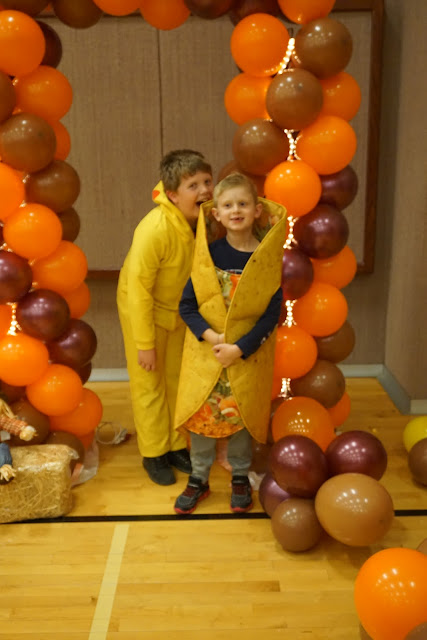 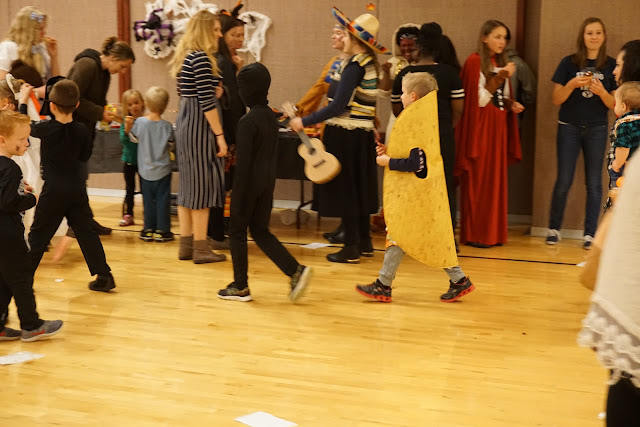 And on Halloween itself...
John was in a very bad mood that evening and ended up not being allowed to go trick-or-treating because of the way he allowed it to affect his behavior. I swear that kid was possessed. But right before that happened I was able to take a few pictures. He was using his zombie football player mask from a previous year's costume. 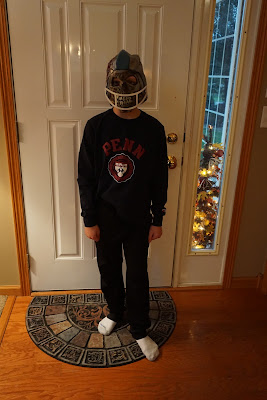 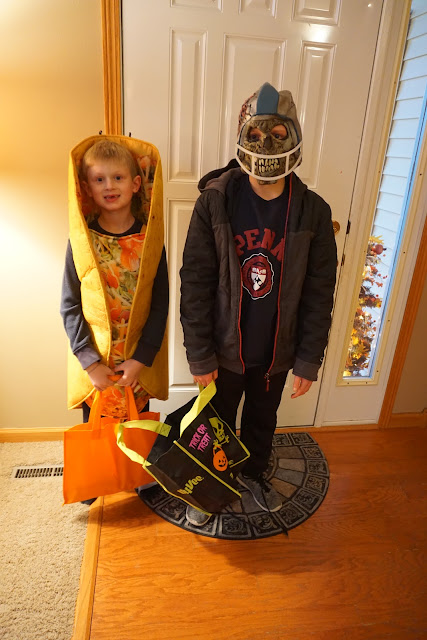 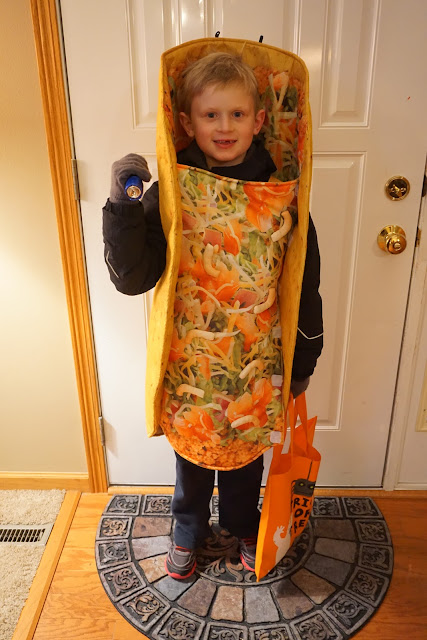 At the end of the night after the boys had gone to bed, Boo Boo made a nice cozy bed for himself on Sam's costume. I think his attitude was, if you can't eat it, then sleep on it! 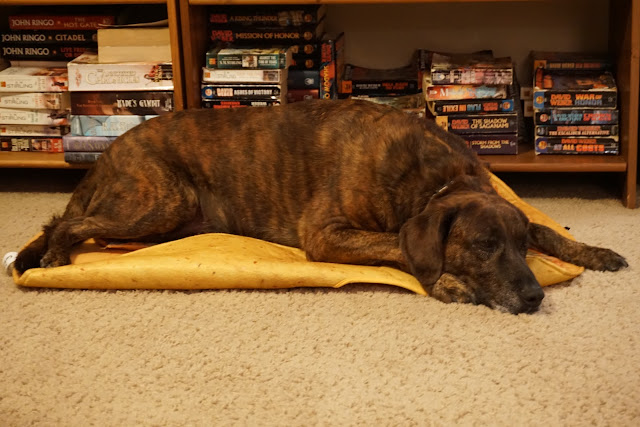 As for Halloween TODAY, it won't be so very different from last year, minus John's bad mood. 🤞 Sam wanted to be a taco again (🙌) and I wouldn't be surprised to see Boo Boo curl up again on the abandoned costume at the end of the night. John is going to get another shot at trick-or-treating and is planning on going around with a friend, probably with the same mask that he didn't get to use last year, or a Patriots helmet.

(Expect to see pictures of Halloween 2018 next May. Halloween in May, why not!? I'm continuing my planned-out schedule to FINALLY get ALL CAUGHT UP on the blog. And I'm happy to report that I'm running ahead of schedule at this point. It's gonna happen!)