1. Last night I went to John's back-to-school night at the middle school, which happens to be my old junior high and high school. It was surreal to be back there again, walking through the same halls, seeing my old lockers, and sitting in the same classrooms that John has class in now! I even saw and talked with my 8th grade math teacher from 25 years ago, who still works there as a sub--John's sub while his math teacher is out on maternity leave. How cool is that!?

This whole thing is kind of a dream come true since I always wanted to grow up in the same place and be a townie. There's just been a big 20-year gap between when I was here! From that perspective I love living in my hometown again. That said, I couldn't help but feel a little lost and lonely among all the other parents who seem to know each other. I missed seeing the familiar faces of the parents of the kids John went to school with from kindergarten to 7th grade. It makes me sad that we won't have that experience of him graduating with the same kids from elementary school. The relationships just aren't the same, for him or for me. It should be better with Sam since he's in 3rd grade. Fortunately, John doesn't care nearly much about any of this as I do!

I did spot my cousin who also has a son in 8th grade and we hugged and chatted for a second in the hall. So there's that!

2. Not to complain or anything, but sometimes it's kind of cathartic to list the week's mishaps...

Sam got impetigo, something the boys have never had before, so I didn't recognize it. I thought it was just a rash that would probably go away on its own. The school nurse called me on Monday morning after he got to school and I took him to an urgent care clinic and he got to miss school for the day. He was pretty happy about that! But it threw a wrench into my plans for the day. The best laid plans of mice and men, often go astray...sigh.

Our pool started losing water and flooding all around it from one of the nearby pumps for the floor-cleaning system because of a bent O-ring that one of the pool guys must have somehow damaged when they were here for the weekly maintenance cleaning on Monday. Thankfully someone was able to come and fix it yesterday before things got too out of hand. I don't even want to think about how much water we lost and how much it will affect our water bill to replace that water. Pools!! Ours is being closed for the season on October 1st, and hopefully then our massive monthly electric bill will go way down.

The fire alarm situation in the house still isn't fixed. We turned off the breaker for the alarm system a week ago and it's still off, so that's not very safe, but at least the fire alarms have stopped going off randomly and we can live and sleep in peace, at least from that. I've been in touch with an electrician who's been bad about getting back to me, so I need to find someone else and try to get them out here next week.

Best Buy was supposed to come install a new sound system and surround sound in the family room on Tuesday, but something came up with both of their guys who do that and so they couldn't come. (They're coming today instead).

This isn't a mishap from this week but it's related to one that happened in June. A couple of weeks before we moved from Iowa, a guy backed into the back of my Highlander and it damaged the Blind Spot Monitor system. The dealership tried to fix it before we moved (because the BSM system is especially nice to have when you have a packed car and are moving halfway across the country...thanks dude) but the damage was extensive enough that it has to go to an auto body shop first. I had no time to do that before we moved, and have had little time for it since. But this week I finally got the ball rolling and scheduled an appointment with a nearby auto shop to bring it in next week for an estimate. More fun times ahead!

3. I met the boys' new pediatrician this week when I took John in for an appointment. I really like him, and he came highly recommended by other people in town. I wanted the boys to have a male pediatrician as they get older and I'm so glad we found a good one. I was impressed that he had actually taken the time to thoroughly go through the boys' records and had good questions to ask me and he took his time with us and got to know John. And he was respectful about my concerns about vaccines and chemicals and drugs, which I appreciated. We were able to have an intelligent conversation about it in which I didn't feel talked down to or disrespected at all.
New pediatrician for the win!

4. The book I suggested for my new (to me) ward book club made it onto the list for this year. Yeah!! This may not seem like a big deal, but they take book club very seriously here and you have to vote online two different times for the books you want to read, and only eight make it from a starting pool of about thirty. I was especially pleased because I didn't do a very good job of "selling" it when we met a few weeks ago to discuss our book recommendations because I hate talking alone in a big group when everyone is looking at me, so I usually try to do as little of it as I can get away with. That particular struggle has gotten better over the years but is still real!
Anyway, my book made it! (This is the book, if you're interested. I read it a few years ago and loved it and I think it would will be great to discuss with other women.)

5. I've been "talking" a lot in this post so I'll wrap up with two funny things I saw on Facebook this week. 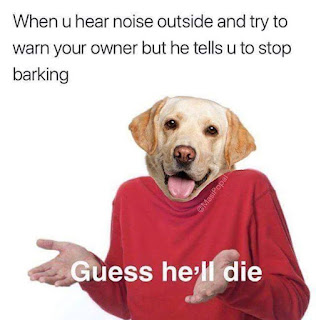 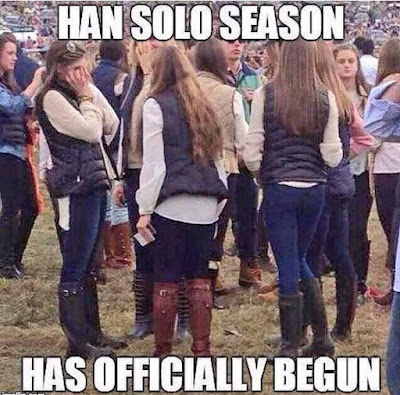 The first day of fall is this weekend! I'm looking forward to experiencing a beautiful New England fall again for the first time in many years!