Our vet gave us the option of giving Brody a chemotherapy type of drug that had been shown to help slow the growth of tumors in cats, so it seemed worth a shot.

The first week or two that he was on the drug, Brody seemed fine, but then the side effects became apparent and, as side effects tend to be, they weren't good. He was losing his normally robust appetite, he was throwing up and losing weight, he was tired a lot, he was shedding fur like a maniac, and his beautiful white whiskers were falling out.

This wasn't the Brody we knew and loved, and it was hard to see him this way, so I made the decision to discontinue giving him the drug so that he could be happier and healthier (ironically) for the remaining time he had left. As far as pets go, what's the use of trying to extend their life if they're just going to be sick and miserable and not themselves during it? Especially when there's no guarantee that the drug will even work? There is no joie de vivre in that.

Looking back on it, I don't regret this decision at all, and I wish I'd never even given him the drug in the first place. I don't think it did him any good, and although it was worth a try--I always would have guiltily wondered if it would have saved him if we hadn't tried it--in the end, it made no difference.

While he was on the drug, I comforted him and gently massaged his increasingly thin neck and his sweet little head. 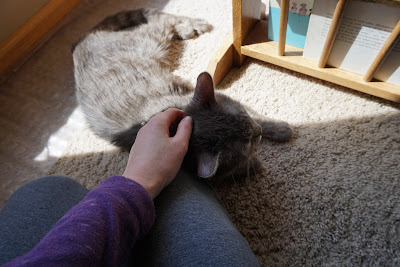 One of his favorite spots to rest was behind the chaise lounge in the living room underneath the windows. It was a cozy, mostly hidden, warm spot. I would have chosen it too if I were a cat. 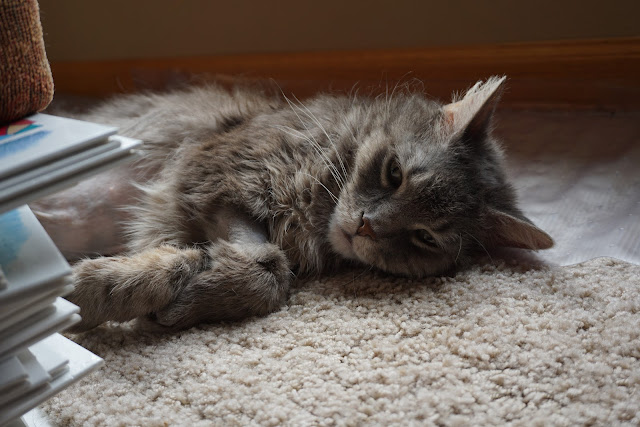 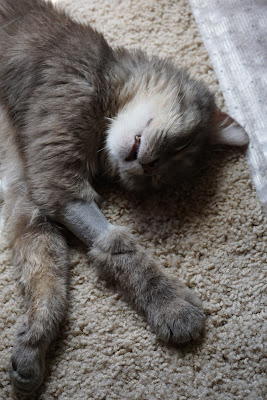 You can see here how his whiskers weren't very full anymore, especially on the left side, and his shedding fur. 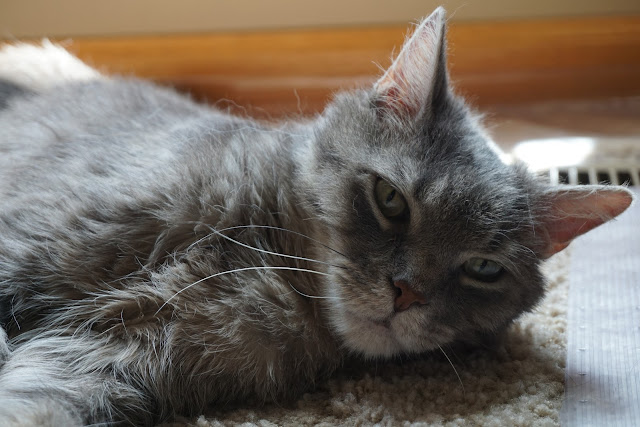 Rehab in a sun spot 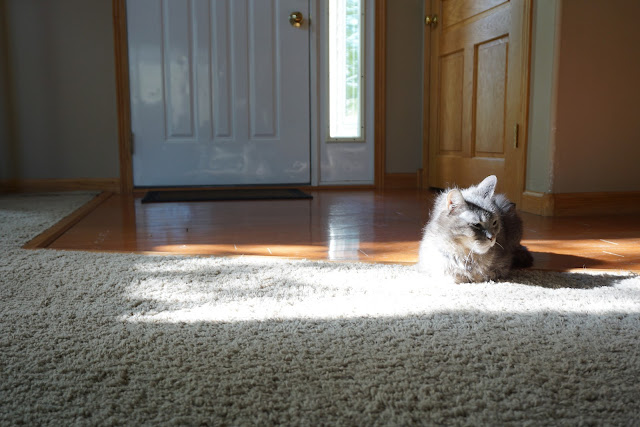 The kids and I had fun playing a game with Brody at dinner sometimes in which, if I was able to catch him, I'd hold him in my arms and we'd ask him "Yes" or "No" questions. If he meowed after the question, it was a "yes," and if he was quiet it was a "no." They were mostly silly questions (because it was a silly game), like "Will the Patriots win the game this weekend?" and from me, "Brody, do you love me?" (he usually remained silent 😆), and "Hey Brody, do you like my butt?" {Laughter erupts. Boys!} It was pretty entertaining and Brody was resigned to being a pretty good sport about it.
I really miss that game now. I miss the kitty even more. 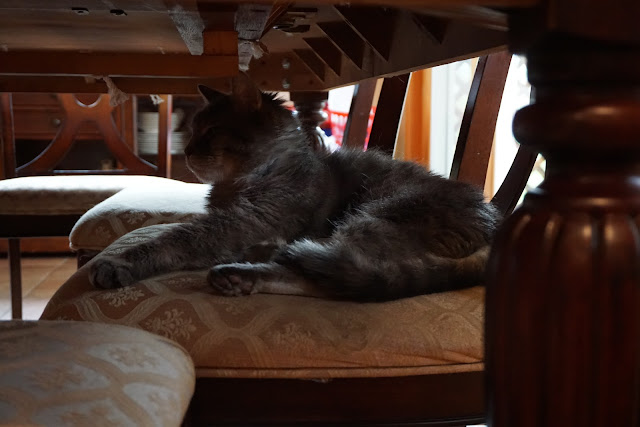